Do you get excited when you think of someplace remote and pristine? Imagine arriving on a far away island, covered in an intensely green vegetation, with cascades of sweet, fresh water everywhere and surrounded by a vivid blue sea filled with countless forms of life, from the smallest, like jellyfish, to the largest, like whale shark. Sounds good, right? In that case, you should make every effort to visit marvelous Isla de Cocos! 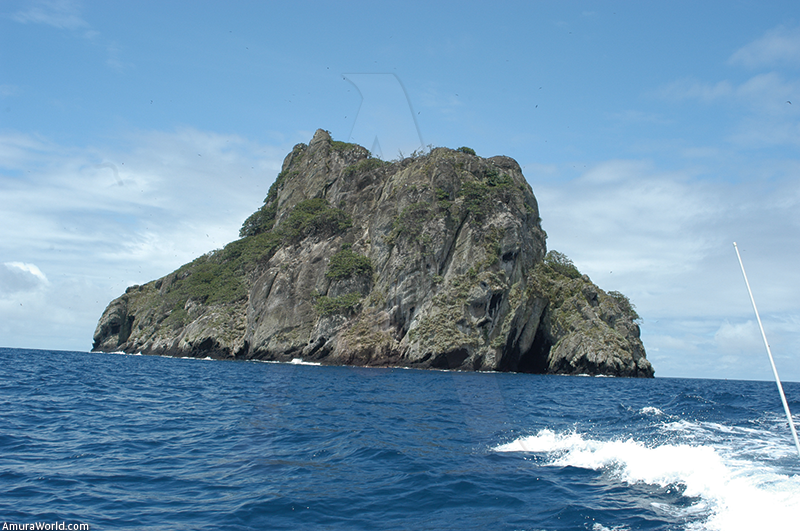 Ever since it was discovered by the Spanish captain Juan Cabezas, in 1526, Isla de Cocos has been surrounded by many legends. One of them, and the most important, tells the story of William Dariens, Benito Bloody Sword Bonito and William Thompson, pirates who hid their untold treasures here. They say that there is even a priceless, lifesize figure of the Virgin and Child made of pure gold. However, Isla de Cocos’ most beautiful treasure is its extraordinary marine life, which includes species from the continent as well as from the Central and Western Pacific and the Indian Ocean. This great concentration of life is due to marine currents that converge here and turn the island into a meeting point.

Isla de Cocos, which belongs to Costa Rica, is located in the central Pacific and is only accessible by sea. My adventure began when I boarded a boat in the small port of Punta Arena and sailed the 350 miles that separates the island from the continent: in other words, we spent 36 hours on board and enjoyed pleasant conversations, good books and the presence of the everplayful dolphins. The beating of my heart increased as soon as, in the distance, I saw the almost mystic silhouette of the island. 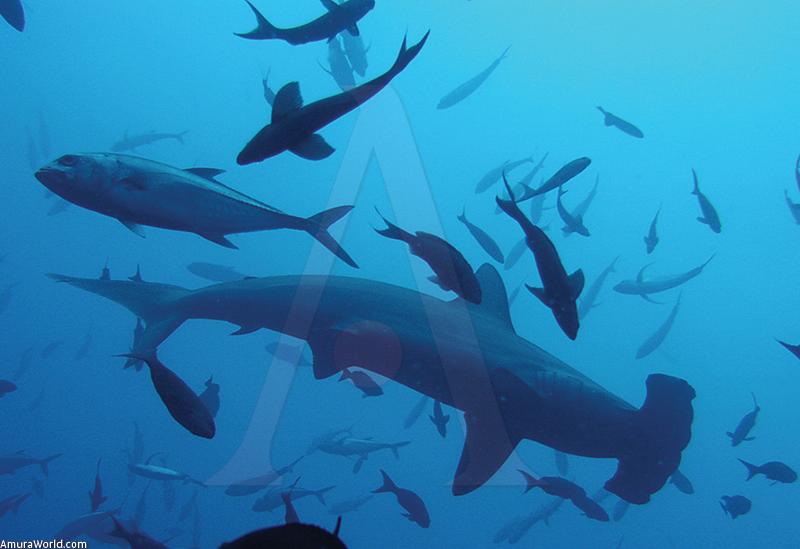 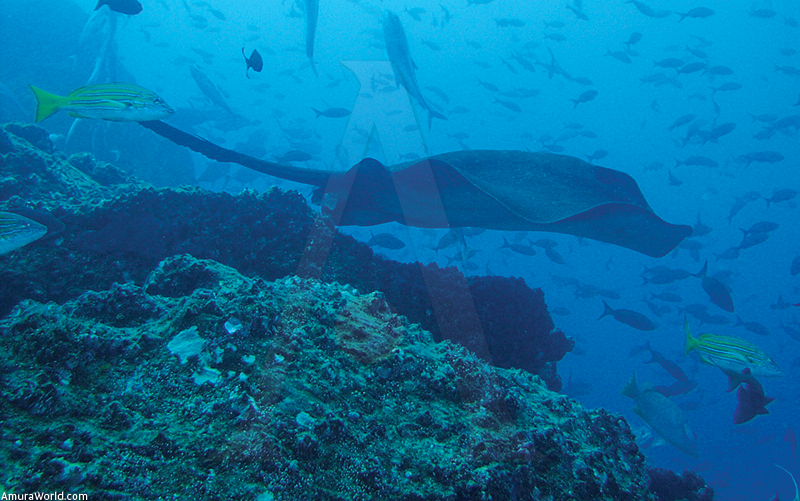 The adventure began almost as soon as the boat dropped anchor in Chatham Bay. Excitedly, we prepared our diving, photography and movie equipment and broke through the mirror of the water, which is warm and transparent and shelters huge quantities of marine life. From the moment we started our descent, enormous schools of jurels opened in front of us and closed immediately behind. When we reached the bottom, different types of manta rays made their appearance as did flounders, octopi and trumpet fish. All of sudden, as if out of nowhere, an enormous school of unmistakable hammer sharks appeared. This was one of the marine creatures I was most anxious to see. They get so close that you can feel their curious gaze. We also saw silky and Galápagos sharks, which command all my respect.

Giant rays seemed to fly over our heads, calmly gliding through their marine domain. We dove relatively near the shore of the island. This did not seem to matter to the huge whale shark, which swam by us majestically. When we initiated our ascent we found ourselves surrounded by those small, amazing creatures known as jellyfish. So far the trip had covered all our expectations but something even more exciting awaited us: at night, when we plunged into the waters, we encountered large numbers of whitetip sharks hunting for their daily sustenance.

The dive spots on the island include Manuelita, Roca Sucia, Roca Vikingo, Bajo Alcyone, 2 Amigos and Silver Tip. All these sites will fulfill the dreams of even the most demanding, skilled diver. If you love adventure do not miss visiting Isla de Cocos, a fabulous destination. 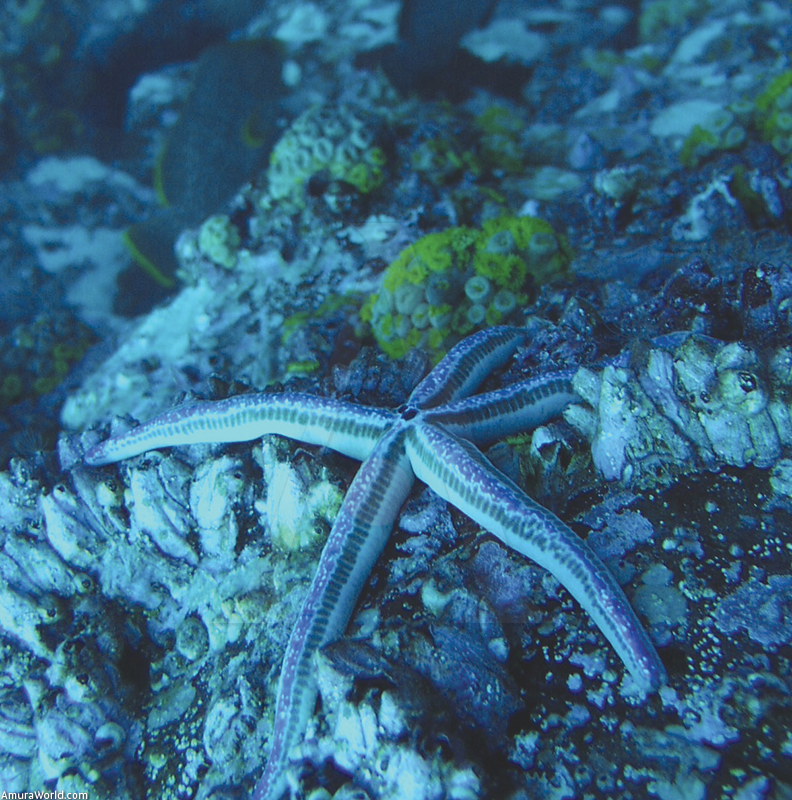 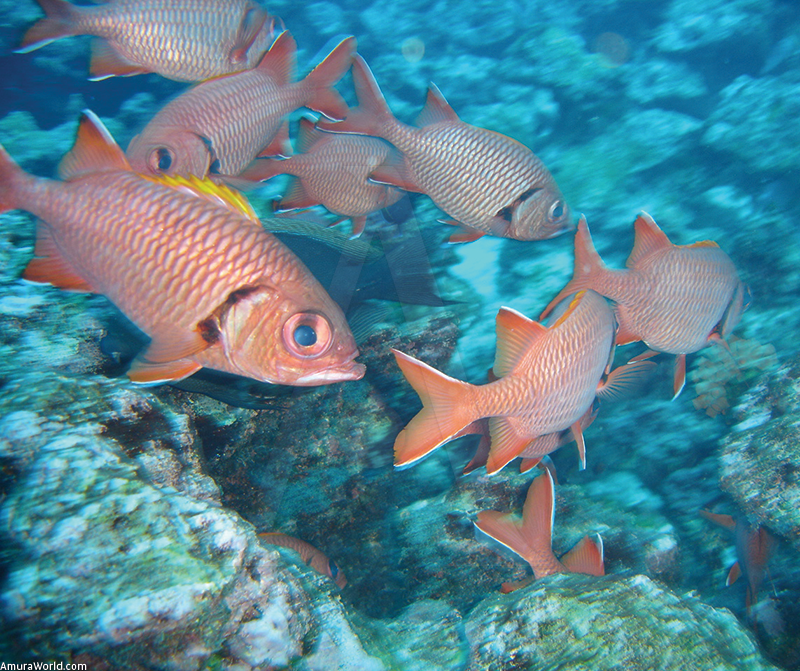