The Beauty Hidden in the Sea

The Gringo Dale arrived on time to the hotel where we stayed in Ensenada, Baja California. Although it was early we were not ready, because the previous day trip to Guadalupe Island, where we had a chance to swim with the great white shark, which left us exhausted. That’s why we decided to start the day at 8 am instead of at 7, our usual time.

Sleepy, we settled, in the pick-up truck to head north on a road in fairly good condition. Along the way I chatted with my friends, Fidel, Alejandro, Miguel and Armando. We were talking about the sea, the conditions and what to expect from our dive here. Armando had been there before and enthusiastically told us about his experiences, one of which caught my attention, the issue of the cold water, which I’m not very adept for.

The road trip took about 45 minutes, during which the Gringo Dale did not stop telling us his underwater experiences. I was not even listening.  All I wanted was to get in the water and discover the hidden beauties under the sea north of the Mexican Pacific.

We finally arrived to a tourist spot known as La Bufadora. With some effort we pushed a small boat made out of cimbraplay wood into the sea. It had no canopy no ladder, no radios or anchor, only ropes somehow smaller than what I was used to, and a pair of oars. On the positive side, the captain rowed deftly.

To place the 25 hp engine in the stern of the boat took some time; we adjusted positions to review our photography equipment and to chart a rapid dive plan. We decided that Fidel should stay on land to respond to any emergency. 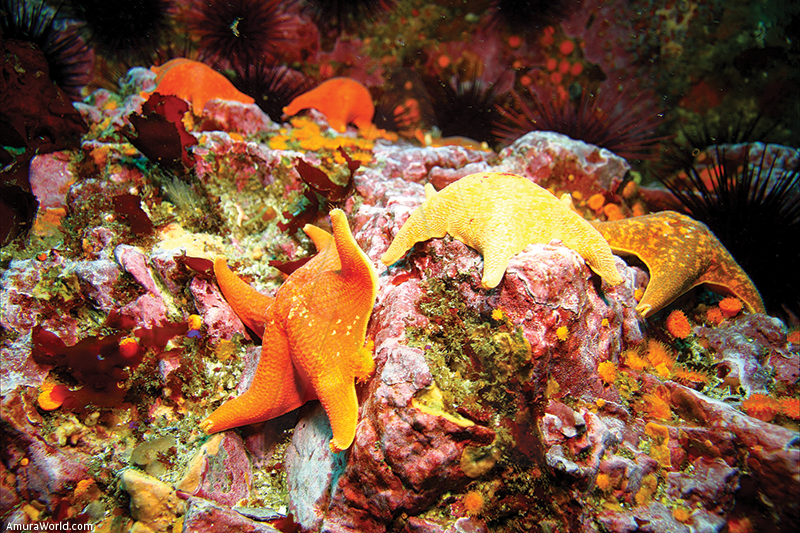 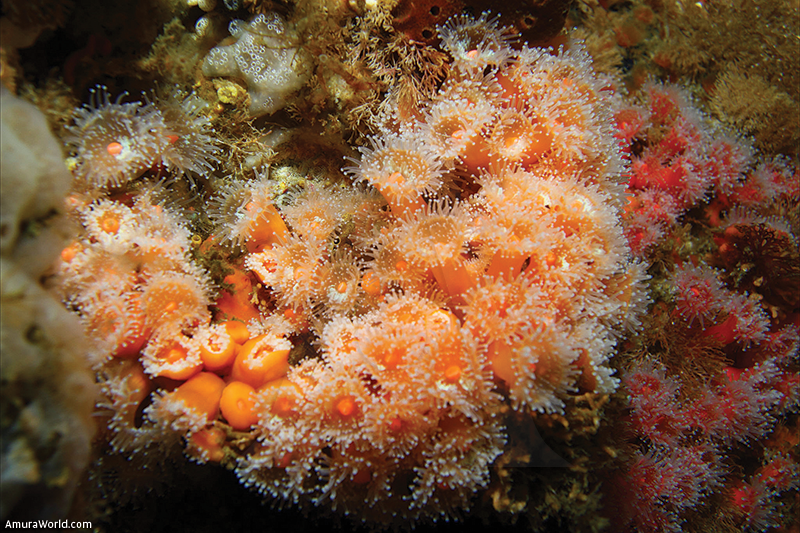 We finally put to sea. It was calm, but to my surprise the Gringo did not come, only his son, who served as captain. When I asked who would be our guide, the Gringo openly replied: “You didn’t ask me for a guide, only to take you to dive.” Now I’m screwed. With a smile impossible to hide, I thought, “What will be the reason why cruise ships will not send him business when they arrive each week to the port of Ensenada?”

The sea was shining without waves, altered only when some curious sea lion or a flying fish would come out to breath. Here, the color of the water color is an intense blue. The sun was shining brightly and when a cloud covered it, immediately we could fee the cool wind. We sailed slowly, as the little engine could not do more.

On the way I remembered that the Mexican Pacific has a coastline of 1,700 kilometers. Its diversity is vast and its seabed is very different from what can be found in the Sea of Cortez, in the Gulf of Mexico or the Caribbean. Here there is an abundance of fish and invertebrates.

The Pacific Ocean is a route that is naturally followed by the species of marine mammals such as the gray whales, humpbacks, blue whales, orcas, sea lions and elephant seals. It is also home to many species of sharks, among which are the great white shark, the hammerhead, and various species of stingrays.

Armando took me from my thoughts, while the captain took a branch of kelp and tied the boat to it, then I understood why the boat has no anchor, it is not needed. We arrived at the site chosen: a rock decorated with bird droppings and a not very pleasant smell. 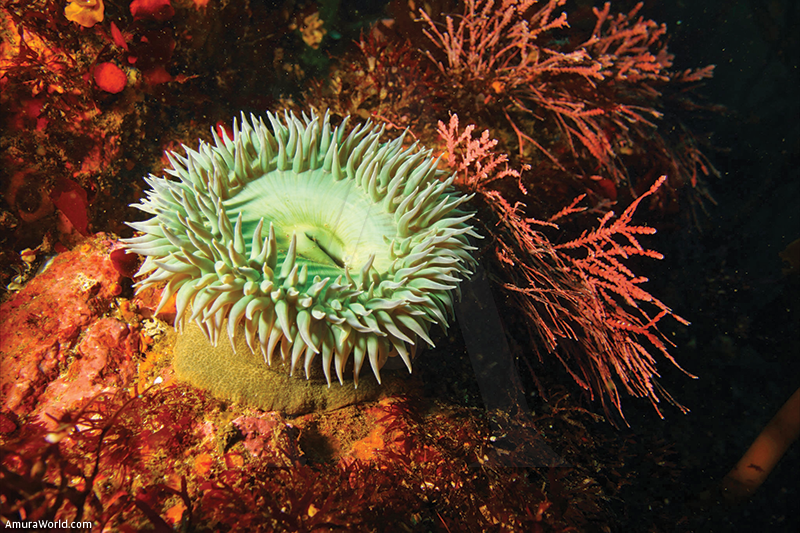 We prepared our equipment and got into our thick 7 mm wet suits to include cap, gloves and boots, it is essential equipment. We could hardly move with so much lead we had in our belts.Aided by the captain we sat on the side of the boat and then we jumped into the sea. I felt on my face the first cold snap (the water was between 12 and 14 Celsius degrees). While I immersed myself I was being wrapped by enormous algae known as kelp, that even if the sea is calm they never stop moving spreading their enormous leaves which have some small reddish brown bumps. On thee leaves we discovered small crabs and snails in various forms ... What a start to a dive trip! 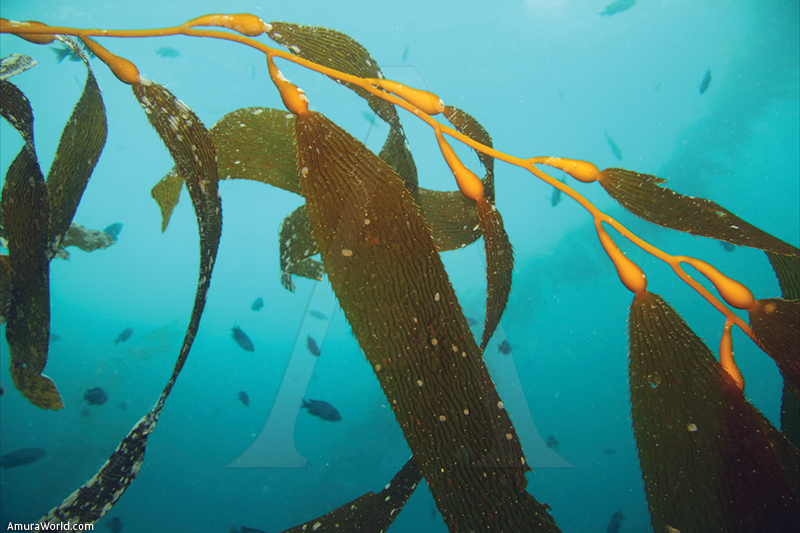 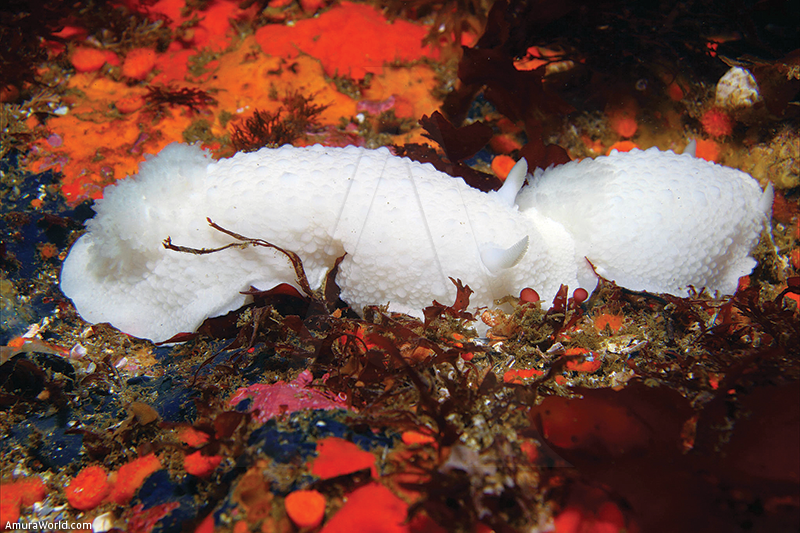 We stacked to the rocky slopes which submerge into the sea until it becomes confused with the depth of dark blue. On the wall, thousands of spices composing a mosaic were being transformed as we approached. I did not know where to start photographing. Parrotfish splashed with pink and green nibbling  a coral where small  fishes adorned with red and white lines-maybe of the variety “hawk “were hiding -. These little swimmers loomed the dark claws of a crab living inside corals, which shares the neighborhood with shiny snail shells.

On the bottom of some stones, there were orange and yellow sponges. What  called my attention the most, was the amount of starfish and its various forms, colors and sizes, some had many legs, big as a football and dressed in a live red color, others were a pale yellow and some deep blue. They were grouped on a rock, forming a huge jumble of legs and bodies. Time was passing quickly, my oxygen reserve was getting low and I still did not know yet, with all I was seen what to photograph. The cold water made my bones ache.

On the seabed, I saw a graveyard of abandoned shells which appeared to be mussels. I was intrigued by what could have happened, how they got there in such numbers, and soon, I found the answer, the black sea urchins are tremendous eaters of these molluscs. 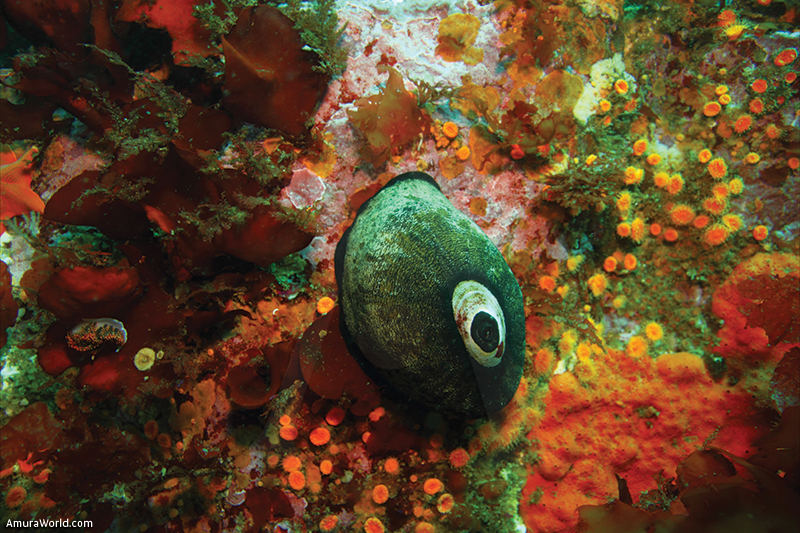 I could not see my colleagues so I decided to go looking. I crossed a huge forest of seaweed and found Armando Miguel who was photographing some small but beautiful marine creatures called “nudibranchs”. Miguel was with another creature of about 5 cm, larger than the others. Meanwhile, Armando was trying to photograph a beauty of striking purple, who kept walking into the crevices of corals. It was amazing that, in such a short time we had been able to see so many different species in such a small area. No surprise, this is the way it is in the cold seas, full of life and color.

My hands began to tremble because of the cold water and my gauge was telling me I only had enough air to reach the surface, to include the mandatory safety stop. I refused to stop taking pictures, but Miguel and Armando made me reason. I barely had time to catch a couple of photos of some nudibranch eggs I found in my ascent.

I cannot help it but to be fascinated when I contemplate this underwater architecture, but I will have to wait for a while before I return to dive into the cold waters of the North Pacific Mexico. 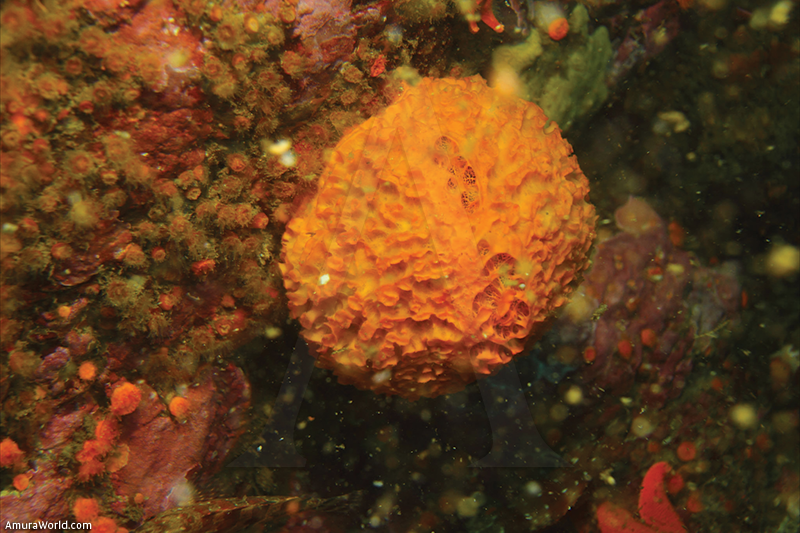 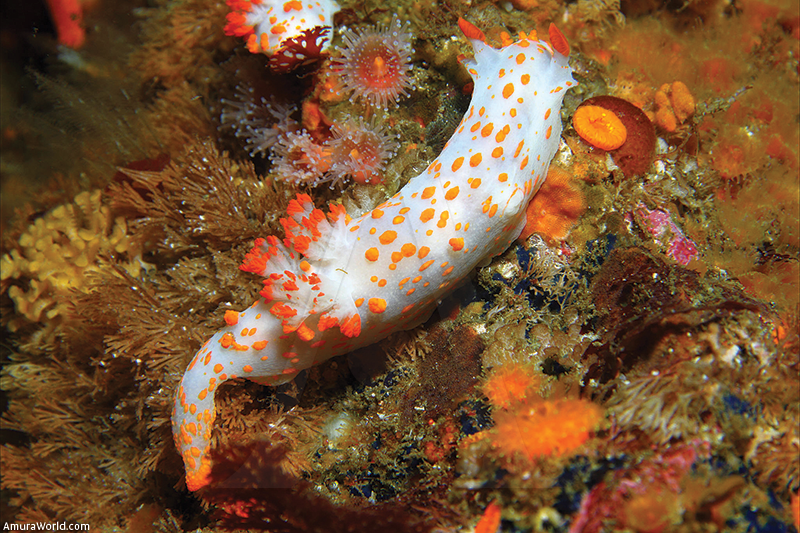 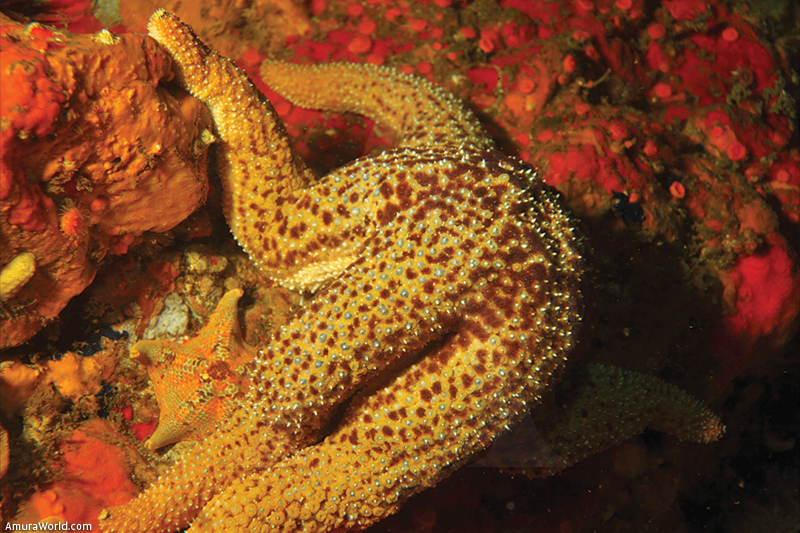