Some 50 million years ago a huge group of land animals began to look for food on the shores of the seas and eventually went into the ocean more and more, until they were entirely adapted to the marine world and became what is now known as the cetaceans. This group consists of dolphins and whales. Among other animals, whales being the largest animals that have ever existed on earth.

One of its species is the “humpback whale” Megaptera novaeangliae. The meaning of its scientific name is “New England big wings”. The “big wings” are its pectoral fins, which can reach up to one third of the total length of the whale resembling wings when swimming or jumping out of the water, the New England comes because it was there where it got its name for the first time. 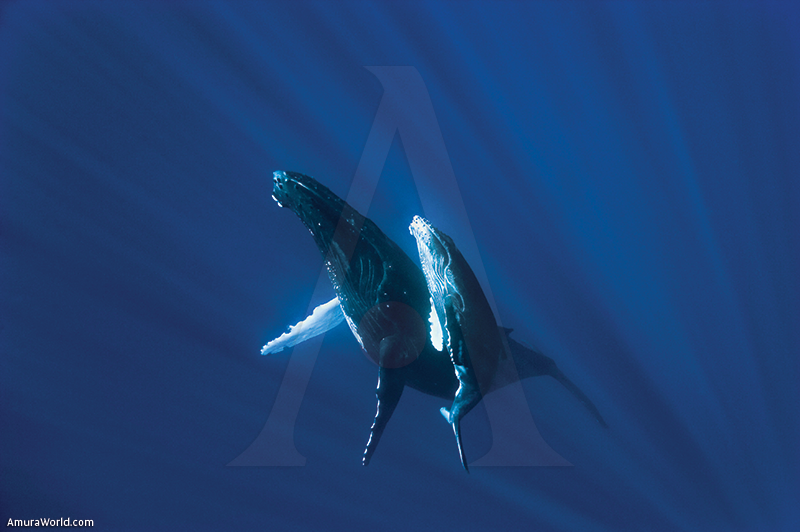 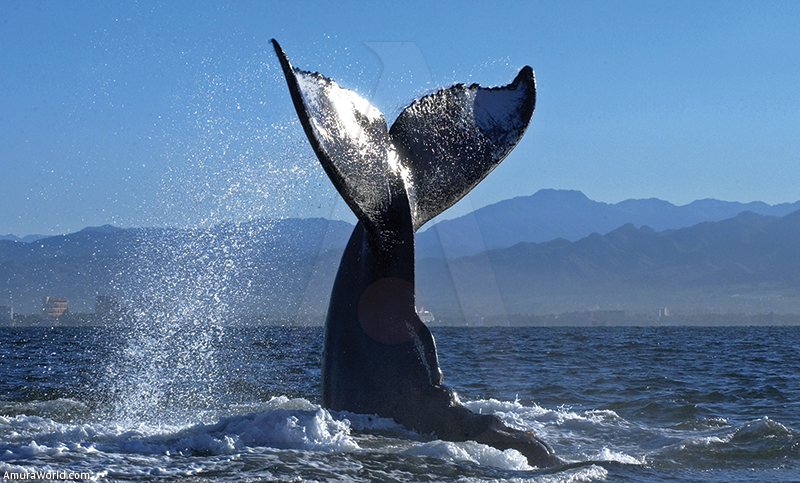 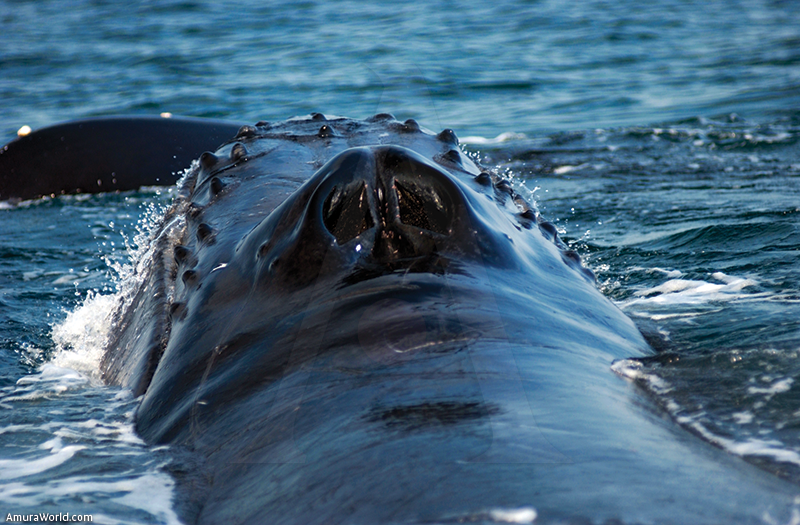 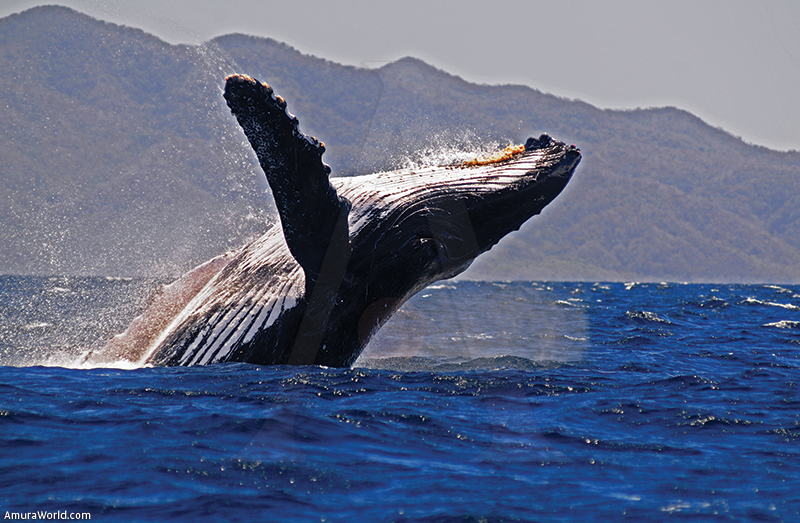 The humpback whale is about 14 meters long and weighs about 40 tons, it is considered medium in size and perhaps the most spectacular of all variety, as these whales are most active in the surface jumping, flapping and tailing, either in their feeding areas in the cold waters near the poles, or in the warm tropical waters, their mating region. Another feature is the vast array of sounds that are able to emit from the very low to so high that are inaudible to the human ear.

Although they can make sounds all the time, when they are breeding a phenomenon develops that was first recorded in the back in the sixties. The humpback whales sing. In fact it has been determined that the males are the ones who sing in breeding areas. But the use of these songs is still very confusing, at first, it was thought they were intended to attract females, as it occurs in other species; but recently it was noted that other males are those who respond to this claim, and sometimes is aggressive. Therefore, it appeared that the purpose of this song in the regions of mating was the demarcation of the territory, not the conquest of the mate. Dr. Roger Payne, founder and president of Ocean Alliance, first recorded these sounds. In 1970 he released an album (acetate) containing the songs of the humpback whale, which reached the top of the charts. It was the first recording of nonhuman songs to achieve such success. 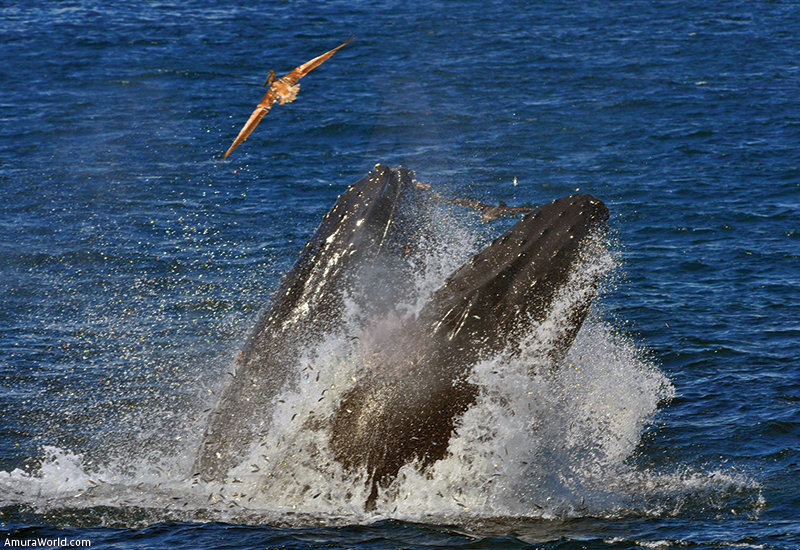 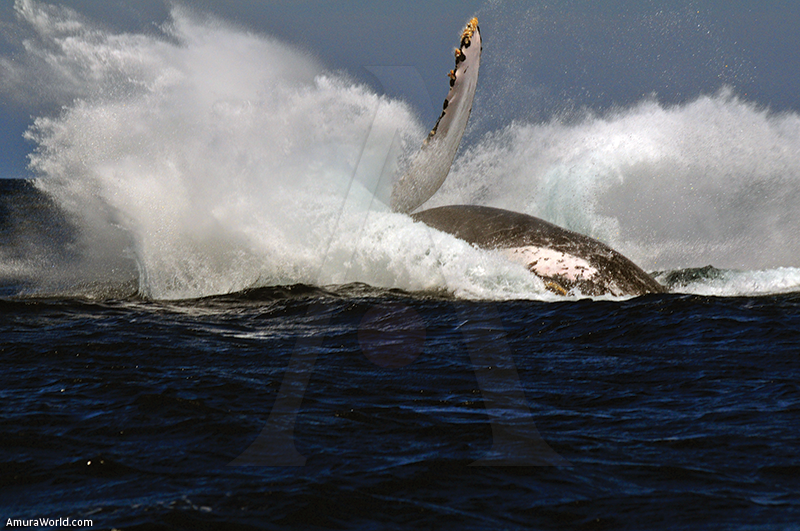 The humpback whale migration is one of the most spectacular in the world. They travel long distances between their feeding and breeding areas, in a constant cycle. It is a protected species, but still in danger. Although its size is itself is protection from small predators, extinction is a latent danger due to the only predator that was able to eliminate many of the large mammals: the modern human. The humpback whale is threatened by several countries led by Japan, which continues to hunt it for its meat and fat.

Other countries have taken advantage of these spectacular animals without threatening them, through ecotourism. They have developed a real sustainable industry. Just to visit them and we were convinced that this is a better way, but we must insist, as long as such route will be traced and would continue with the care and respect necessary, because even in such encounters, abuse is a risk to this imposing and beautiful species. 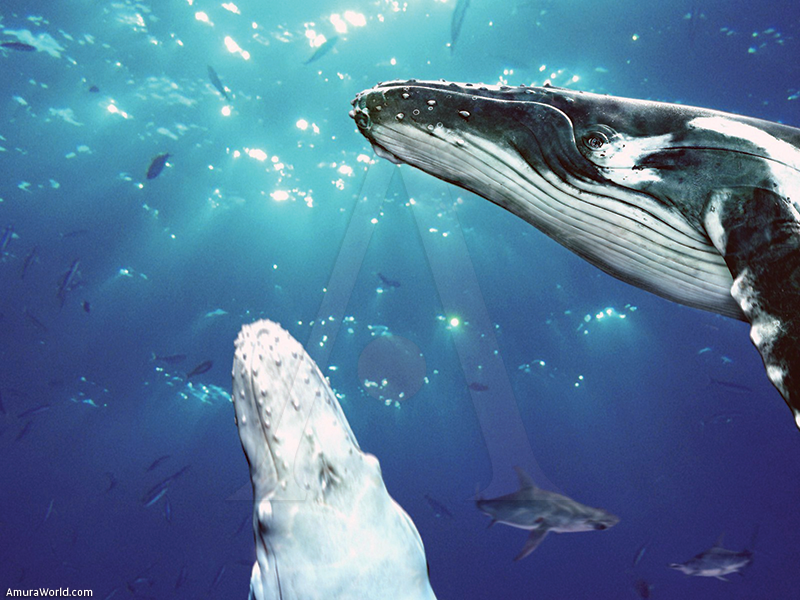