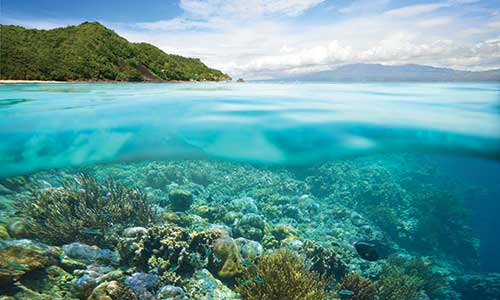 Conscious tourism: coexist with species on a journey of hope

The Philippines, nestled in the Coral Triangle, is identified as the centre of marine biodiversity in the world but also as the most threatened. With renewed interest in large marine wildlife, the Philippine hopes to benefit from its protection, not only ecologically but also from the tourism revenue they bring in.

In a country where overpopulation, poverty and corruption looms, conservation of its natural resources becomes more difficult. But the Philippines has awakened to the possibility of protecting some of its most threatened marine animals through a renewed interest brought about by tourism. It has been shown that saving wildlife have better and long-term benefits which includes economic, ecological, scientific, cultural, and educational gains vs. one off gains from harvesting them. 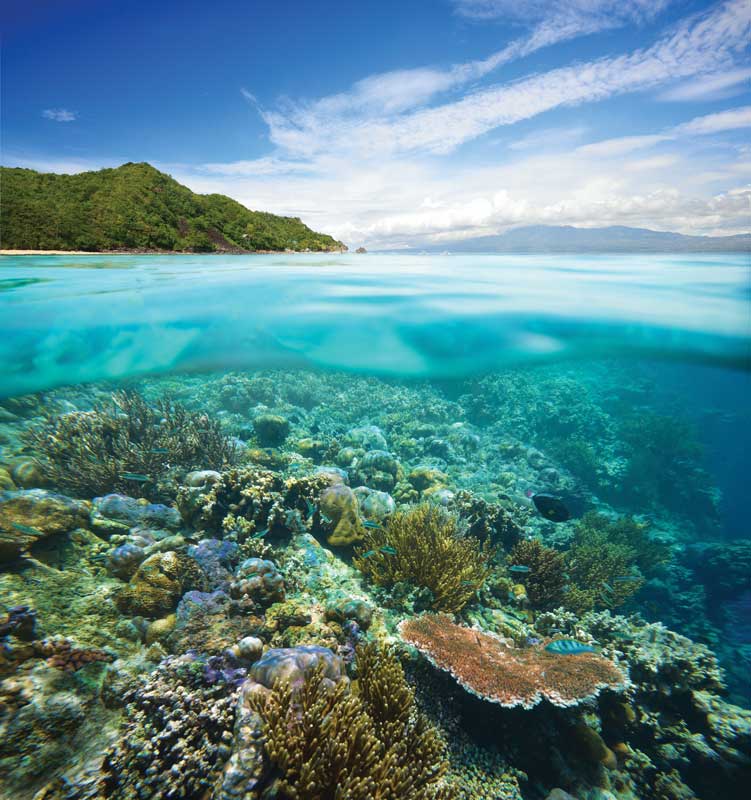 Not only large species are spectacular, the reefs hide great little elements of rousing beauty and is worth caring for and appreciate closely with responsibly.

Tourism does not only produce these benefits, but brings with it the pride of placing a town on the destination map, to be known worldwide for an encounter with unique marine species. This pride has resulted in better conservation of the Philippine Seas.

Only 18 years ago, whale sharks were hunted in the Philippines. In 1998, Donsol town south of Manila was declared a sanctuary because the town wanted to engage in whale shark interaction tourism after the discovery that it was a whale shark feeding ground.

From 900 tourists in 1998, Donsol now receives around 25,000 visitors each season. Also, through this activity, the whale shark has become the first shark species to be protected in the country. The Philippines was also instrumental in their protection internationally, as the tourism in Donsol was one of the major justifications for listing this species under the CITES Appendix II, restricting the international trade of this species worldwide. The popularity of the animal have already extended nationally, evident in an image of the same in the country’s new 100 Pesos bill released in 2010. 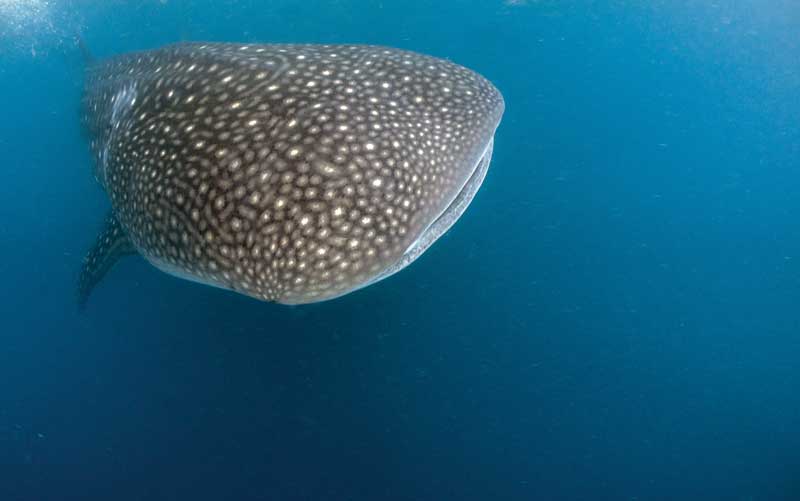 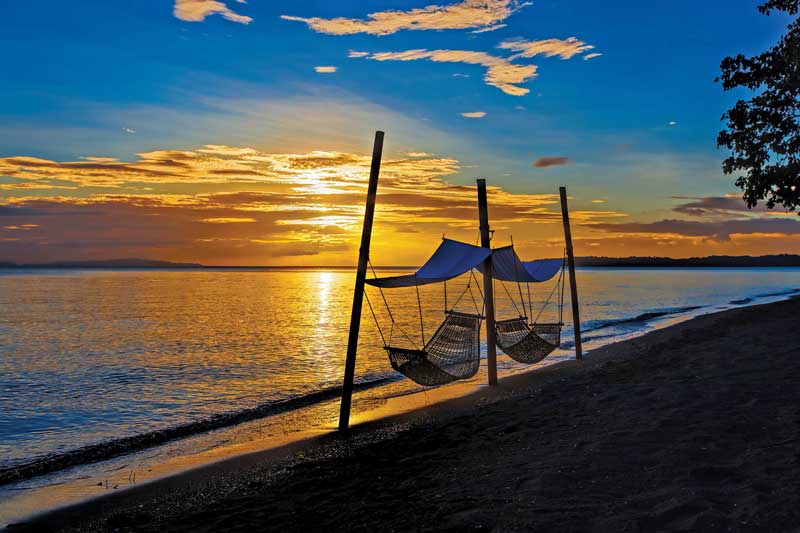 The sea harbors life far beyond the landscapes that we contemplate in earthly landscapes.

The popularity of interacting with marine wildlife started in the early 90s in the Philippines with research studies on dolphin and whale populations in the Visayas. The enjoyment of seeing these creatures from a boat paved the way for more entrepreneurial engagement by the local communities which serviced boats and crew to the researchers from Silliman University in Dumaguete. One of these sites is Bais City, which is found now in the biggest marine protected area in the Philippines, the Tañon Strait. Dolphin watching tours have been successfully running here since 1993.

From Tañon Strait’s dolphin watching beginnings and opportunistic encounters while SCUBA diving, marine wildlife tourism has expanded to include a variety of other species and activities. Dedicated marine wildlife interaction tours now happen in Apo Island in Negros, Balicasag Island in Bohol, and Pandan Island in Mindoro where visitors can snorkel with marine turtles; Malapascua Island for SCUBA diving with thresher sharks; Busuanga in Palawan for snorkelling with dugongs; Ticao Pass for SCUBA diving with manta rays; and Puerto Princesa in Palawan and Pamilacan Island in Bohol for dolphin and whale watching. There are several other established destinations with many more emerging new sites, including humpback whales in the Babuyan Islands up north. 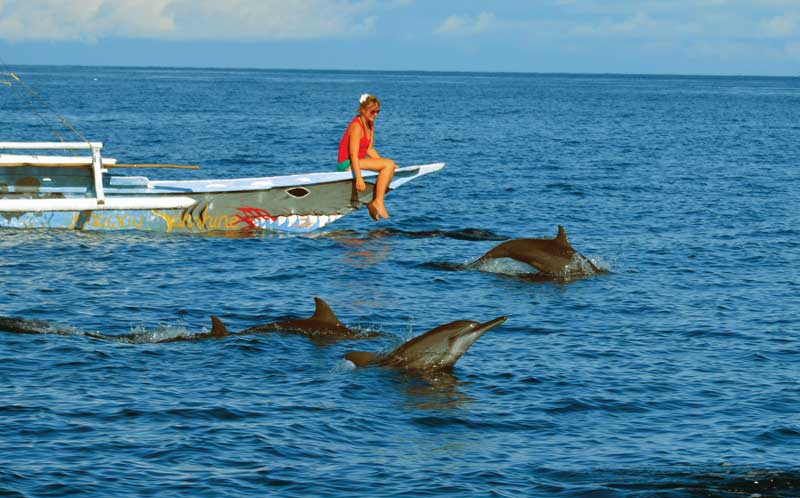 The goal is to live with the species and to be their allies, without us being another threat for them and their ecosystem. 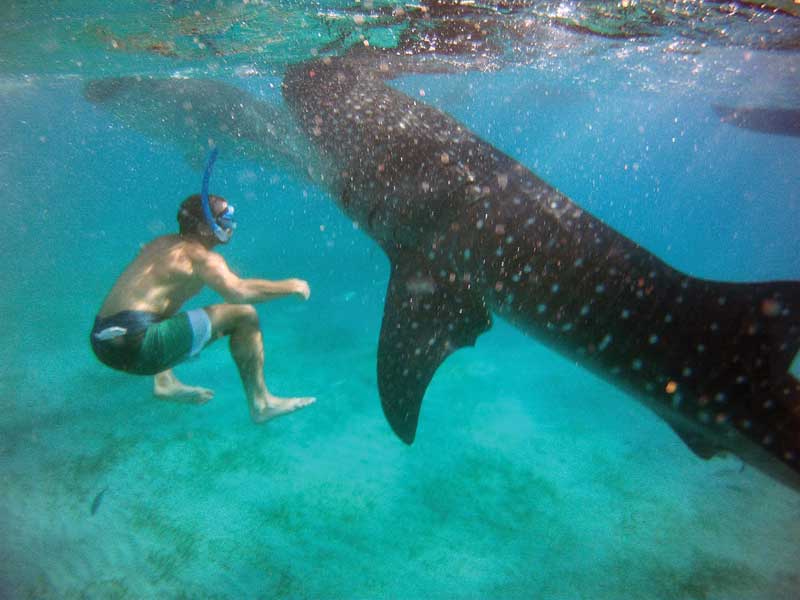 There are wonderful encounters through responsible diving. 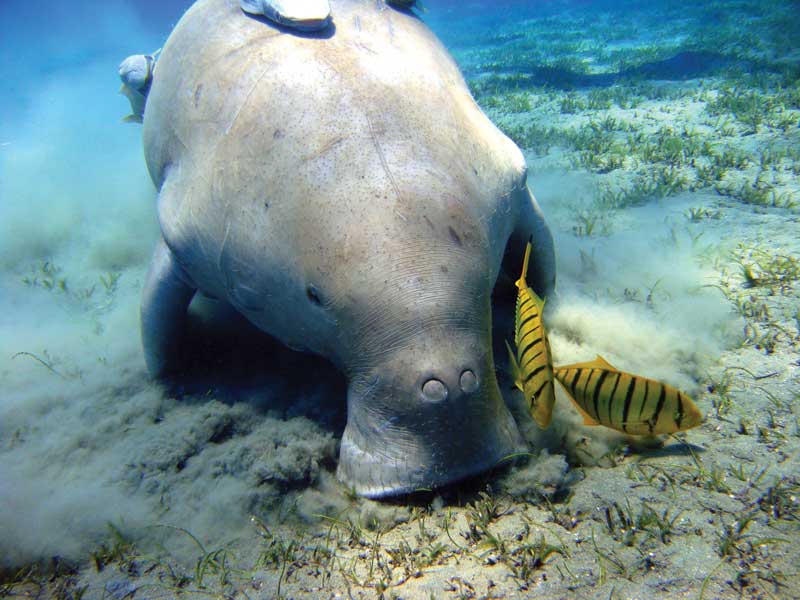 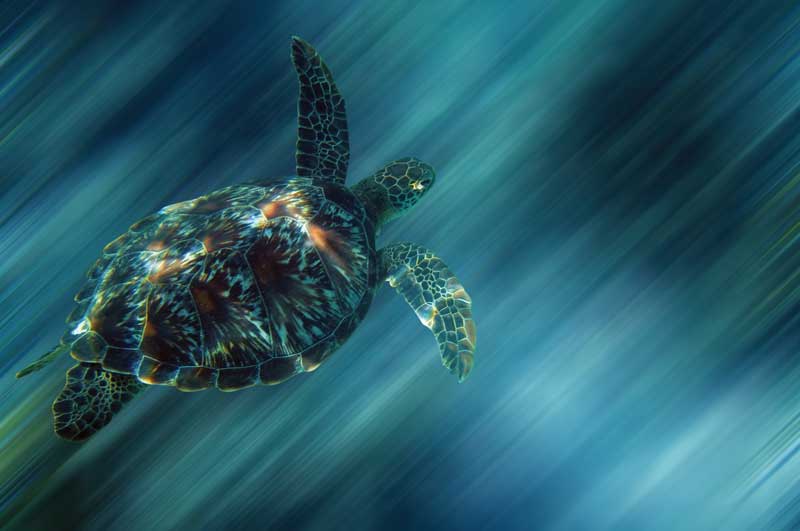 Turtles are one of the most threatened kind of life on the planet, so you should be especially careful with their habitat.

One case would be with thresher sharks. They are not protected in the country despite the fact that Monad Shoal has become an important tourism site, as it is the only site in the world where you can observe them almost on a daily basis while SCUBA diving. Cebu Province, as a measure, now declared all sharks protected throughout its 44 Municipalities, and Daan-Bantayan where the Monad Shoal is found, declared its waters a shark sanctuary in 2015.

This protects the sharks while in the area of the town’s jurisdiction, but we all know that marine wildlife species migrate and do not recognize political boundaries, and therefore, remain vulnerable to shark fin fisheries beyond the sanctuary.

With the Philippines, five million foreign visitor in 2015 and around 45 million domestic tourists, the demand for new attractions and destinations in the country is inevitable. The visitor numbers interested in marine wildlife interactions seem to be growing. In 2012, there was a low estimate of 150,000 tourists engaged in marine wildlife interaction across six destinations in the country.

Other sites may want to cash in too quickly with this boom and some have even become controversial with their practices. One such site is Oslob town in Cebu, where the whale sharks are lured with tiny shrimps which has elicited outrage from various conservation groups. It is argued that provisioning negatively affects the whale shark’s health, movement, and behavior. Accustoming them to humans and boats also make them more vulnerable to poaching. Despite protests, Oslob has the most number of visitors for any marine wildlife interaction site in the country, peaking with 98,000visitors in 2011, its first year of operation. 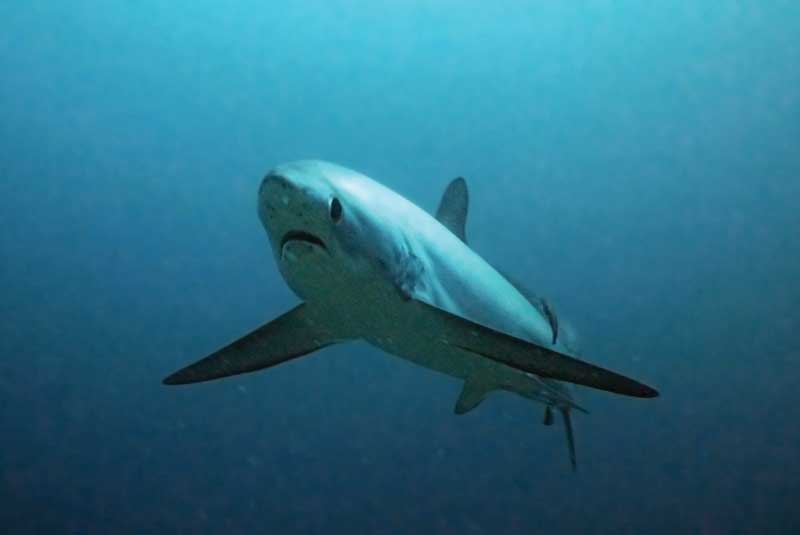 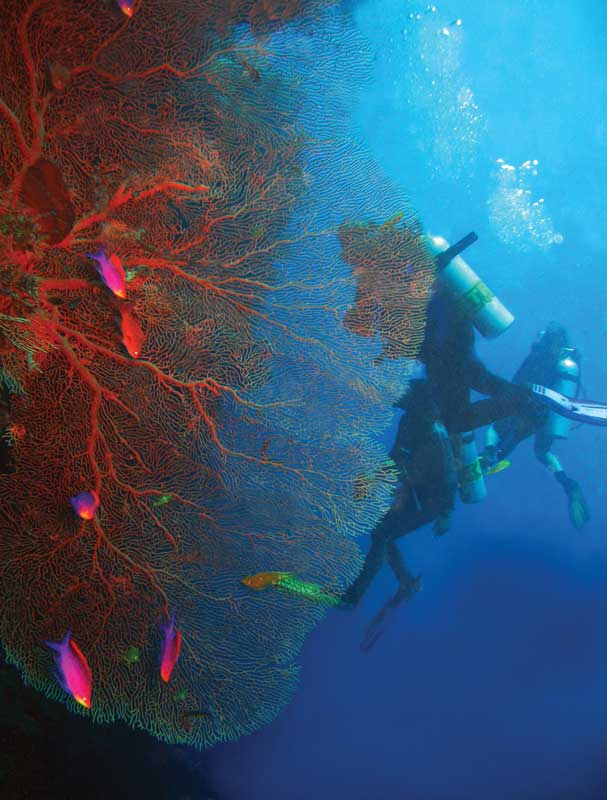 Diving in Balicasag, Bohol, it is one of the most popular areas for this activity.

Tourism activities seem to be in a gray area as they are not specifically regulated in any of the laws and policies. The only regulation would be a DA and Department of Tourism (DOT) Joint Administrative Order on the Guidelines to Govern the Conduct of People Interaction with Cetaceans (Joint DOT-DA no 1, series on 2006) which addresses dolphin and whale watching tourism. Where local government policies are in place, they would vary from site to site, and are not aligned with national legislation. In some instances, marine wildlife interactions are not regulated at all.

Marine Wildlife Watch of the Philippines, a marine conservation NGO established in 2010, has been working on research, enforcement, tourism and increasing awareness on these threatened marine species. One of their campaigns is to promote the proper Codes of Conduct for tourism interactions with marine wildlife. Together with the DOT, they have been looking into better management of tourism interactions at a national level.

Since 2014, the DOT has been developing the appropriate policy to ensure the sustainability of this new tourism concern by initiating focus group discussions and consulting with stakeholders, undertaking assessment of marine wildlife tourism sites, drafting action plans and working with the partner agencies concerned specifically the DENR, DA, and Department of Interior and Local Government (DILG). The resulting policy will be embodied in a Joint Administrative Order among these agencies on marine wildlife tourism interactions.

This regulation will, in no way, limit the tourism potential of marine wildlife in the country. It will actually help enhance tours. Not only will it protect marine wildlife from the negative impacts of the interaction but also ensure visitors’ enjoyment and safety leading to its sustainability. In the end it will provide continuing education and decent livelihood for members of host communities.

The drafted Joint Administrative Order is now being consulted with various stakeholders before being passed.

There are a lot of opportunities now to create the proper conditions for responsible marine wildlife interactions amidst the country’s tourism growth. Tourism need not be another threat to these animals. The ultimate goal is sustainability, where tourism existing without compromising the welfare of already threatened marine wildlife.

With their 7,107 islands (and the addition of 400 more from a recent government survey) providing a multitude of habitats -such as mangroves, seagrass, estuaries, reefs, and beaches, for a diverse array of marine life-, the Philippines has come to be known as the world’s center of marine biodiversity. The country can now take pride in showing this to the whole world and welcome you to experience it. 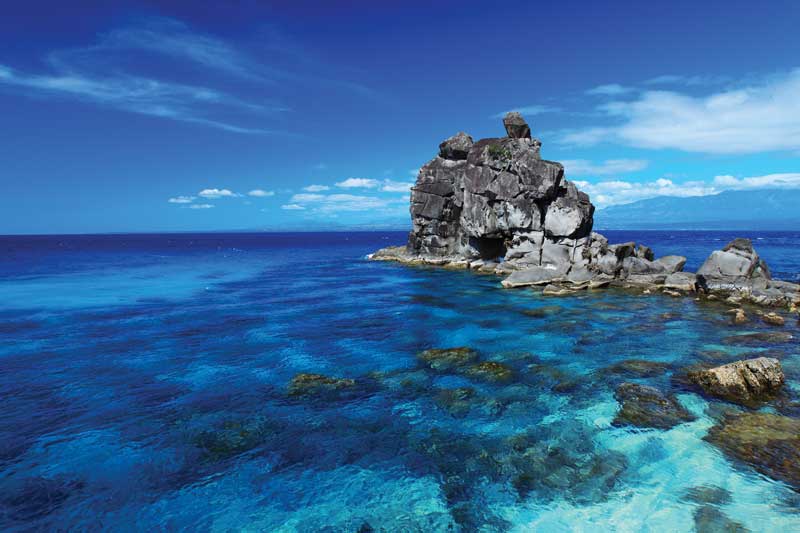 To learn more about the Philippine marine wildlife and ecosystems, visit:  www.mwwphilippines.org