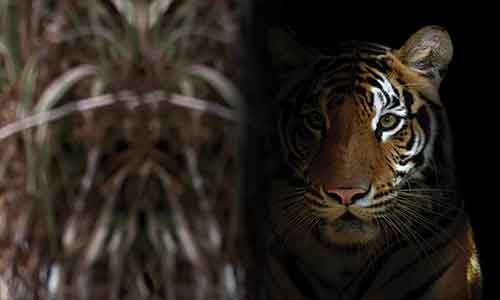 Symbol of Faith and Spiritual Strength

In Buddhism, the tiger is one of the Four Dignities of the Warrior’s Path; it represents compassion and generosity.

Bhutan is considered a crucial ecosystem for the survival of the Royal Bengal Tiger (Panthera tigris tigris) because of its commitment to preserve its natural landscape. It is a private country, and for this reason it will never advertise the presence of the tiger as a tourist attraction. On the contrary, Bhutan will discourage human interference deep in tiger territory. Bengals are solitary beings; cubs will depend on their mothers for the first 18 months of their lives up until they start hunting on their own. They wander away from the litter eventually and begin their solitary existence, as they prefer to roam and hunt on their own, and Bhutan’s abundance in prey species has nurtured the tiger in its fight for survival. 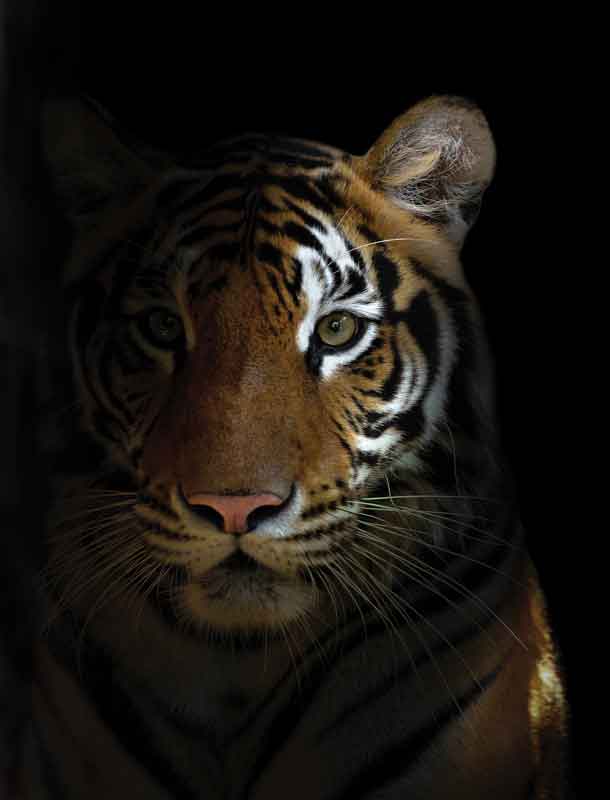 The government and conservation organizations have committed to protect the habitats that harbor endangered species like the Bengal with programs like The Bhutan Foundation in support of The Ugyen Wangchuck Institute for Conservation and Environmental Research (UWICE). The Bengal Tiger appears as endangered in the IUCN Red List. According to a July 29, 2015 tiger census carried out by the government and organizations like the World Wildlife Fund (WWF), Bhutan reported 103 tigers living in the wilderness of the country, spanning from subtropical areas to unusually high altitude forests.

Bhutan is a country deeply involved in the conservation of every species in its territory, and is part of the conservation area of the Eastern Himalayas. In an effort to preserve the Bengal, Bhutan and the rest of the 13 Tiger Range States—the only 13 countries with wild tigers in the world—in collaboration with the World Bank’s Global Tiger Initiative, proposed to establish a system that would restore tiger numbers in the wild by raising awareness to the public and diminishing threats that result in degradation of habitat, as well as expanding protection against poachers.

The Bengal tiger inhabits some of Bhutan’s protected areas like the Royal Manas National Park and Jigme Dorji National Park, which provide fit conditions for the thriving of the species. 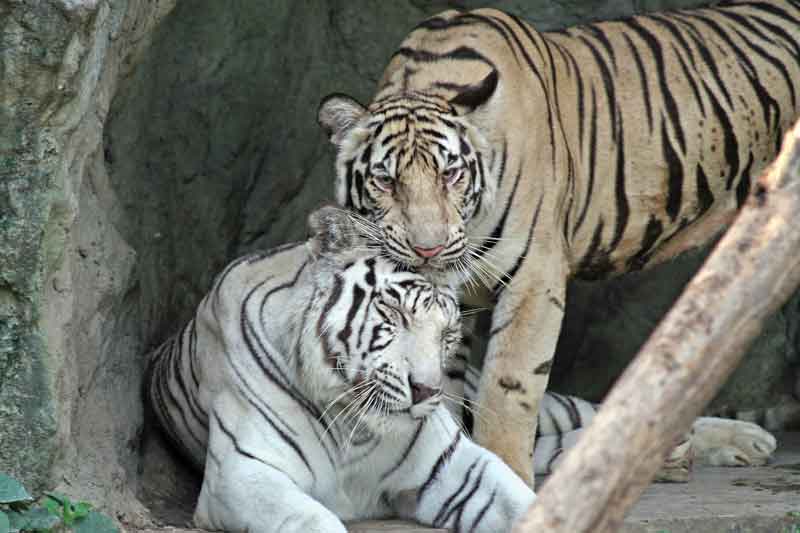 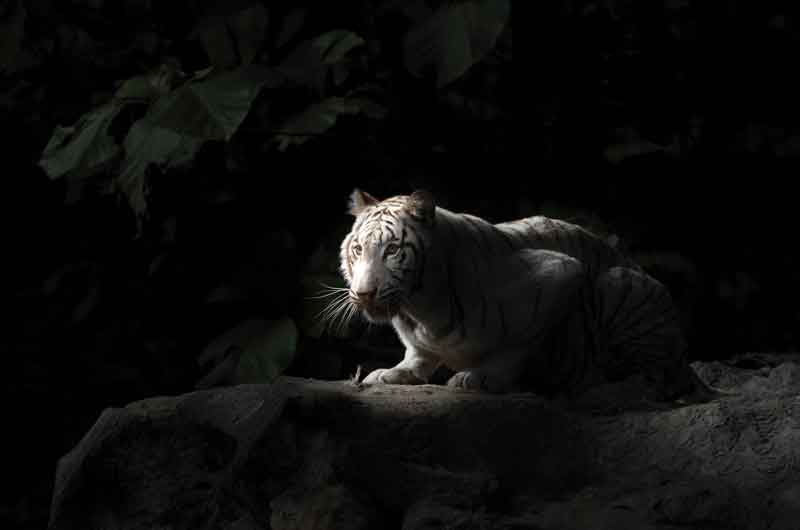 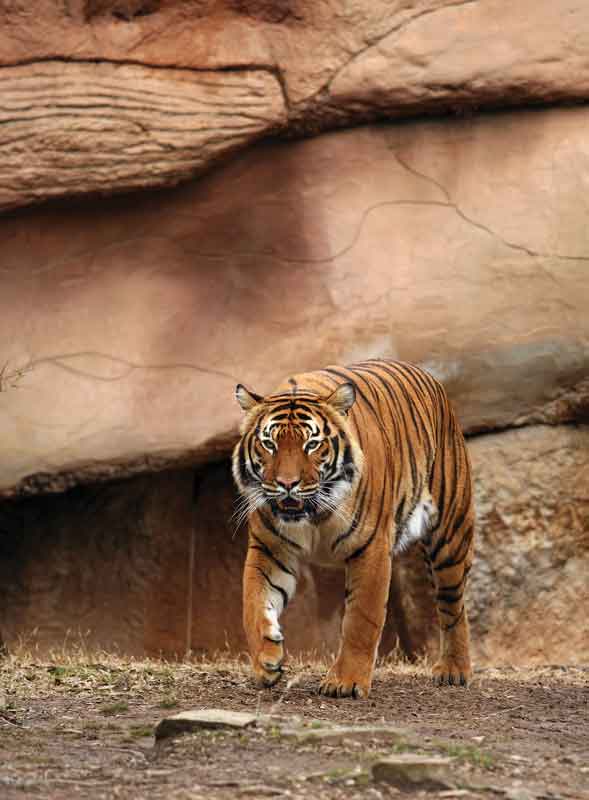 The Bengal has the typical traits of a tiger: orange or yellow fur and black stripes, but the rare white tigers and the even rarer black tigers are also  mutations that come from the Bengal. It is also distinctive for being the second largest tiger subspecies, with the Siberian Tiger as the largest. Males weigh approximately 221kg and measure around 2.7 to 3.1m in length, including the tail. Since they are crepuscular creatures, they only hunt at dawn or twilight, and their black-striped orange fur allows them to camouflage within the contrast of shadow and dim sunlight to stalk its prey. They are native to Bangladesh, Bhutan, India, and Nepal, and they are deeply appreciated in their culture. Bhutan, in particular, is very respectful of the species due to its spiritual symbolism and its importance within Buddhism, and many have advised the rest of these countries to take action and become more involved in preserving their tigers.

However, tiger pelts and organs are coveted in markets like China, where some people believe them to contain healing properties. This sort of demand encourages poaching and the decrease of numbers in the tiger population. Deforestation and depletion of prey also endangers the survival of this feline. The loss of any species, especially a strong predator like the Bengal, would affect the ecosystem in unimaginable ways, so it is critical to continue to work on the conservation of every aspect of nature with the efficiency of Bhutan. 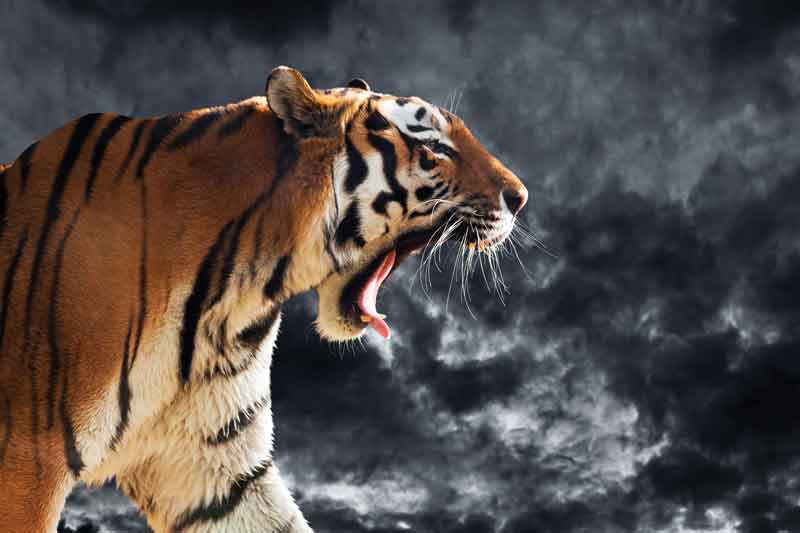 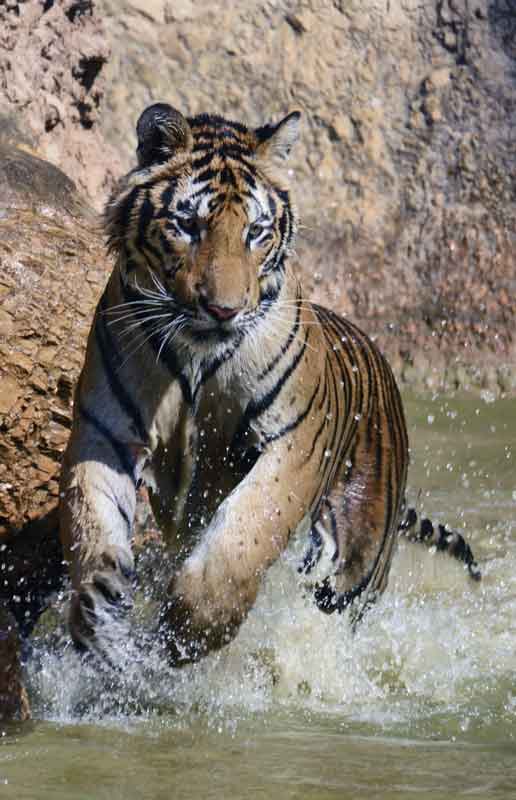 The great Padmasambhava, who introduced Buddhism to Bhutan, is said to have traveled from east to west of this nation to banish the evil spirits. He arrived at Paro Taktsang, also known as the “Tiger’s Nest,” on the back of a flying tigress. 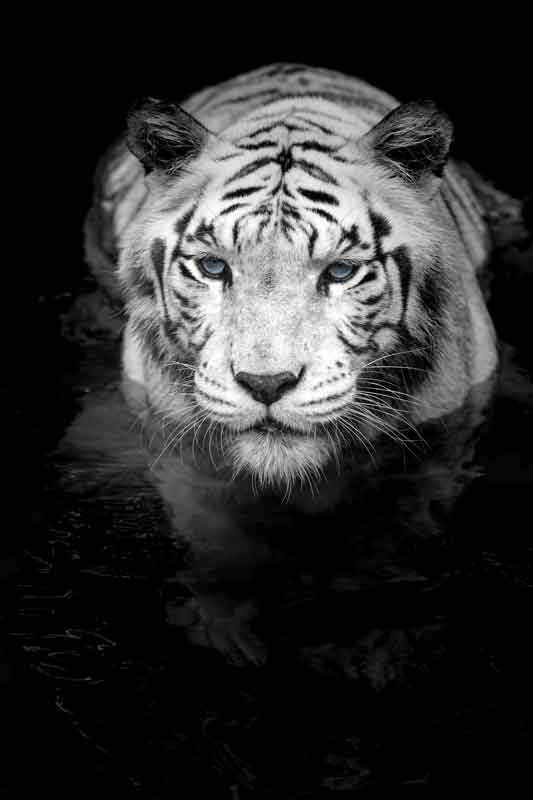