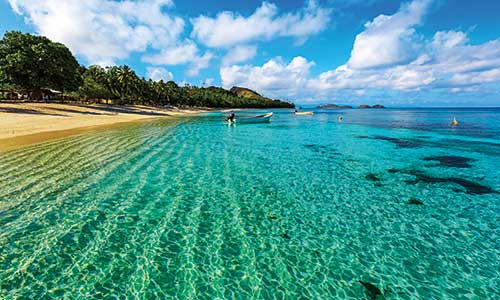 The Sustenance of Marine Life

The Fijian archipelago is located in the insular continent of Oceania, to the south of the Pacific Ocean, distinguished for being the largest and deepest in the world.

The coastal and submarine universe of the islands that form this archipelago—around 300—is appreciated as one of the preferred international destinations for scuba diving. This is due to its rich biodiversity: straits, bays, coves, beaches, caves, mangroves, reef walls, passages, caverns, littorals and reefs, where corals are the main stars. 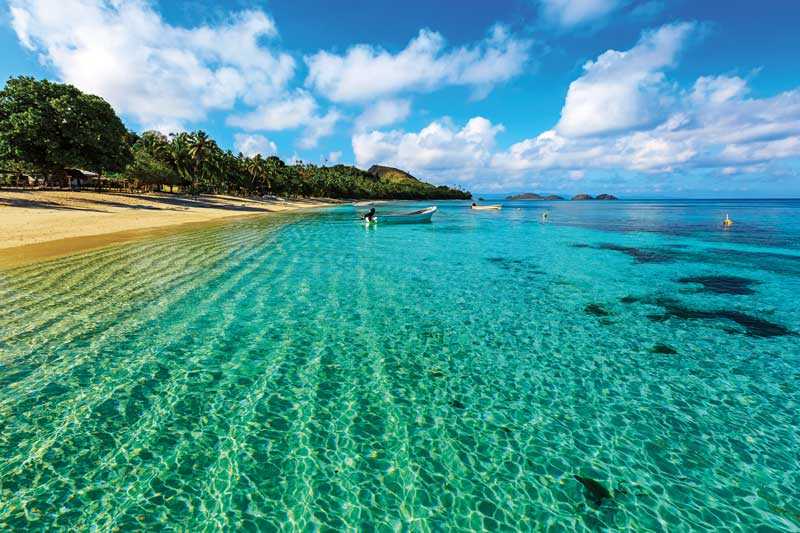 Beaches and coral islands, unforgettable places that invite you to enjoy the adventure of living, are waiting for you in Fiji.

It is difficult to imagine that these fantastic formations are inhabited by millions of tiny carnivorous animals, which occupy only 1% of the planet’s oceanic surface, but it is home to 25% of all marine creatures.

Fossil records state that coral reefs currently populating the oceans began to form 50 million years ago; it’s calculated that there are around 2,500 species.

Their functions are highly advantageous for life: they have shaped the islands called atoll, produce sand and prevent the erosion of beaches and coasts, which is why they provide significant protection against flooding from an overflow of seawater during hurricane season. Additionally, corals capture CO2 from the atmosphere through its fixation into their skeletons. It has been proved that corals are beneficial for the treatment of different diseases, and this is why they are used in the pharmaceutical industry, and they contribute with great economical profit through the tourist sector.

The archipelago is known as the global center of the soft coral, thus named due to its composition and flexibility. Corals belong to the family of the Cnidaria, to which jellyfish, sea fans and anemones also belong. Fiji’s reef system possesses a singular beauty due to its extensive color range. 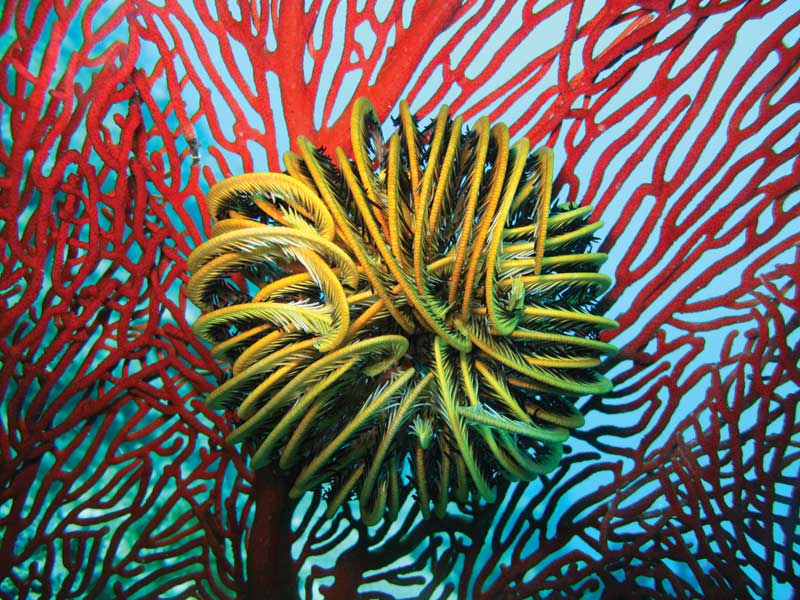 The coral formations: a masterpiece of nature. 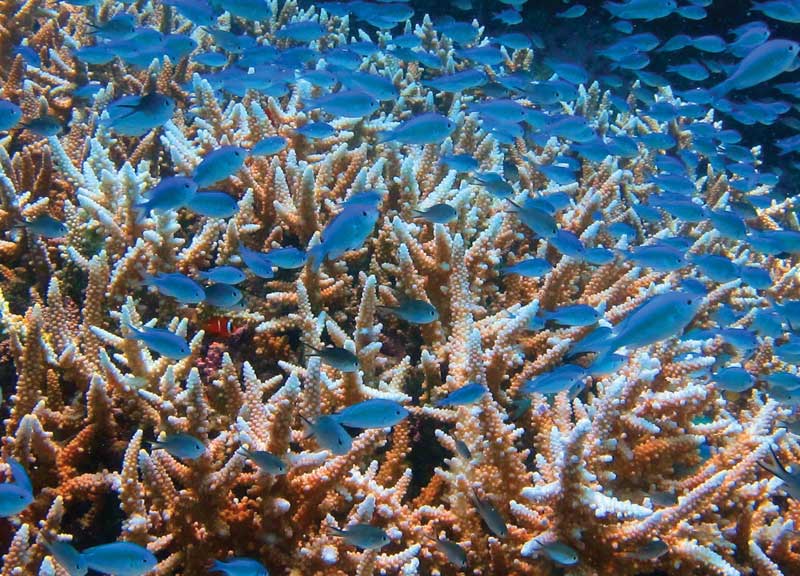 Corals provide sustenance and protection to 25% of all marine species. 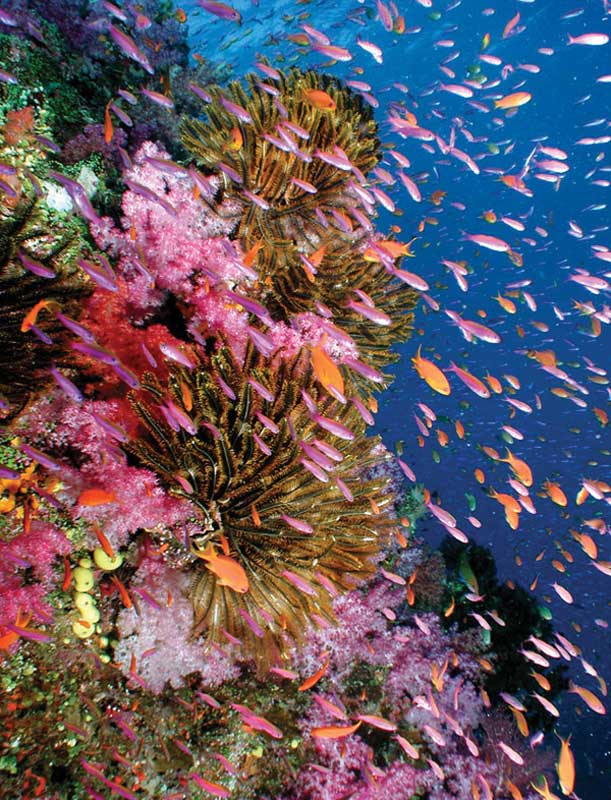 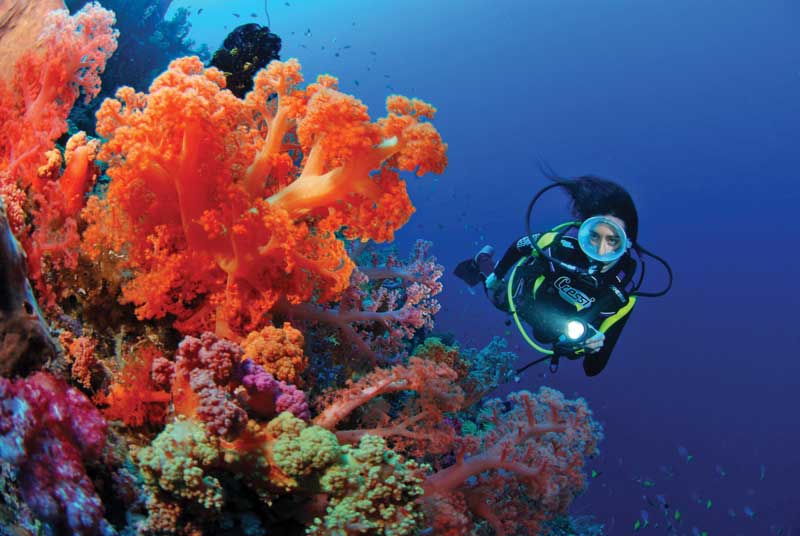 When diving near a coral reef you must remember that it is a living organism, very fragile, and avoid touching it. In fiyi there are around 400 coral species.

The experience of scuba diving in these latitudes is unique, since most of the reef systems remain intact. It is a reason to celebrate that authorities as well as the population protect tribal lands along with the waters that they monitor constantly; the goal is to guarantee the survival of this biological treasure composed by at least 398 coral species, 1,200 varieties of fish, and five of turtles.

Since 2003, the project for conservation of coral reefs and sharks was implemented in this region because the latter are one of the most endangered species in the world. This is largely due to fear and unawareness of its significance to keep the balance of the ecosystem, and as a guideline to measure the oceans’ health. Sharks keep the algae population thriving, which are crucial for the existence of coral reefs. Without them, in turn, these nature giants would not survive.

The University of the South Pacific in Suva has identified 58 shark species that frequent Fiji, where Dakuwaqa, the “great shark god” is worshipped, considered the protector to any danger, lord and master of the “land underwater”, as the undersea is locally denominated.

Fiji harbors 10,020 km2 worth of coral reefs available to enjoy the adventure of being in contact with its fabulous inhabitants to the fullest. Among the most relevant sites we find: the rainbow reef, 29 km long in the strait of SomoSomo, Taveuni, the Koro Sea, the great Astrolabe reef, Viti Levu, Beqa Lagoon, the Mamanuca Islands, and many more. 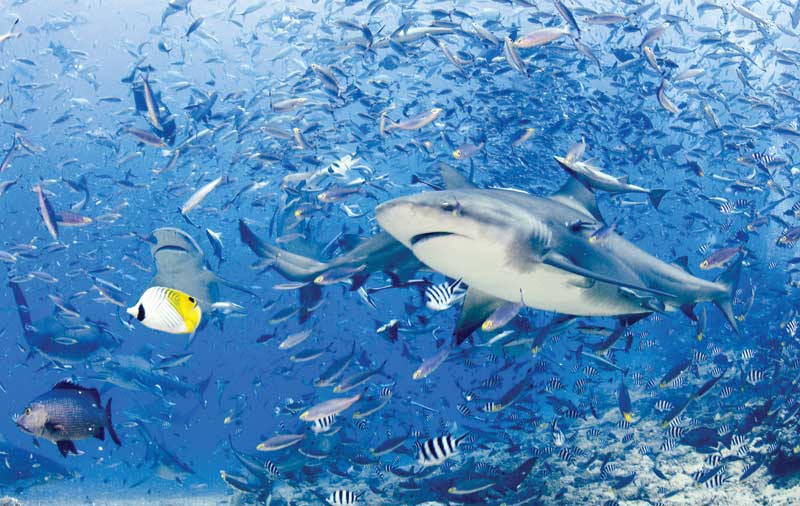 Sharks help to regulate species abundance and diversity while maintaining balance through an ecosystem. 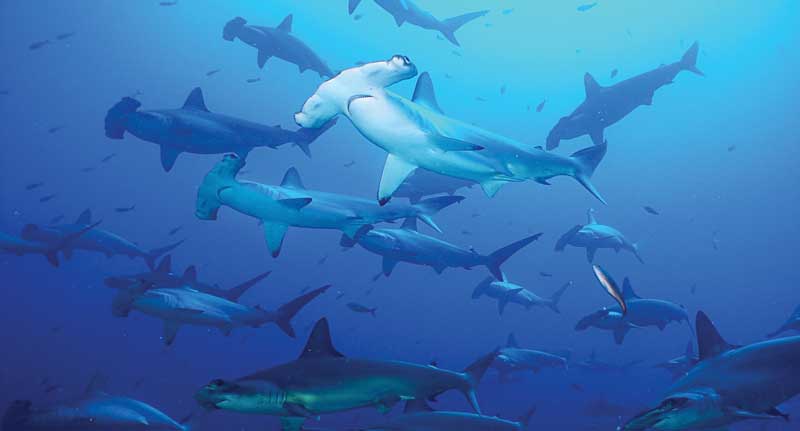 Sharks are incredibly important for overall ocean health and, in particular, for coral reefs. 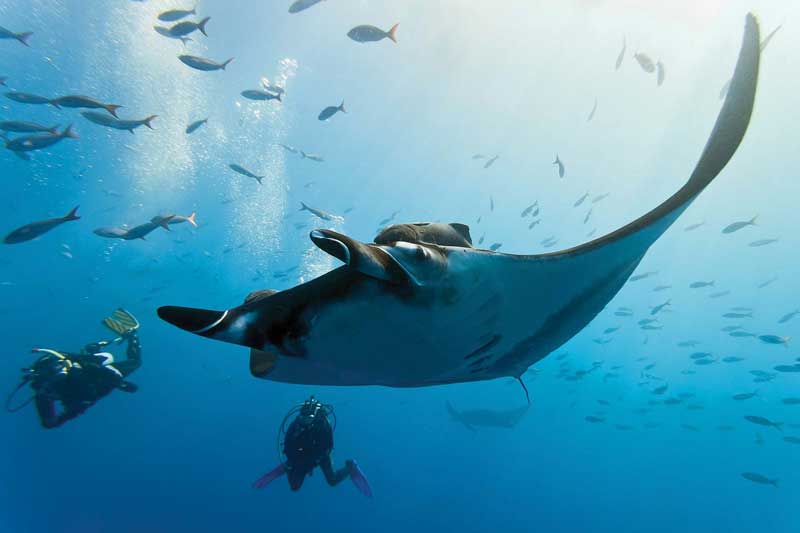 Fiji is an ideal place for diving with sharks and other marine species.