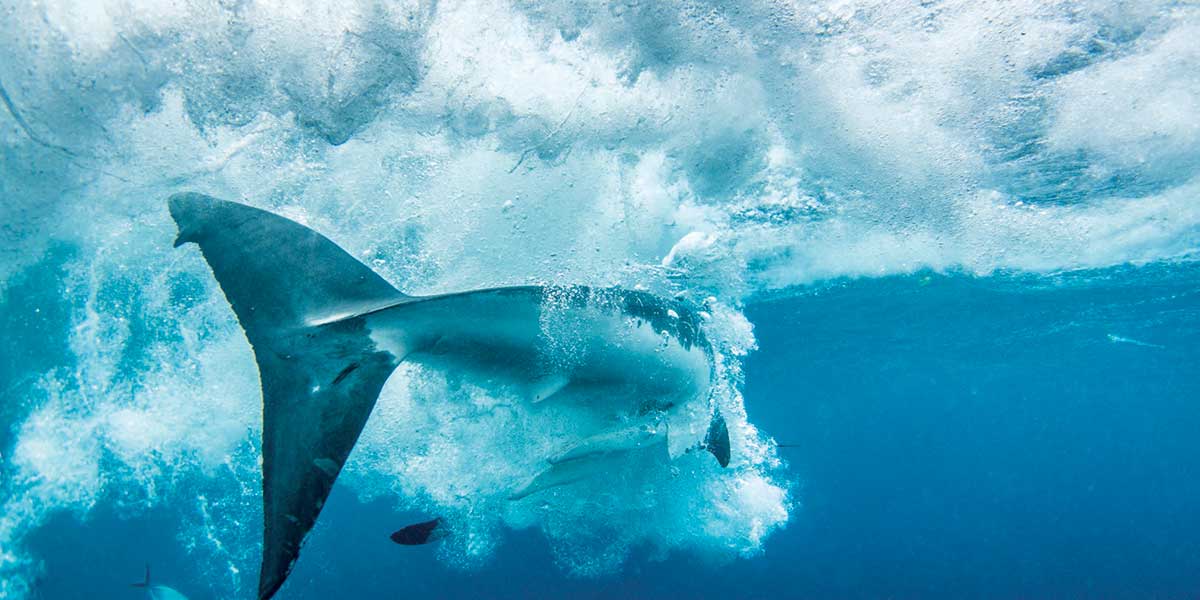 Australia has positioned itself as one of the main tourist references in the world thanks to its eccentric fauna characterized by more than 4,000 species of fishes, 828 types of birds, 378 species of mammals, 300 variations of lizards (two of crocodiles) and 50 types of marine mammals.

Among them, are its more than 140 marsupials stand out, where the kangaroo is the most prominent on the continent, registering a population of approximately 60 million. Or what is the same, that for each inhabitant there are two kangaroos of any of its four registered species.

On the other hand, in the warm and temperate waters of South Australia, the great white shark wanders, better known as the great predator due to its main characteristic: it´s the largest in the world and never stops growing.

The great white shark is a species the only survivor of the Carcharodon kind which inhabits the various oceans and temperate seas around the world such as the Atlantic Ocean, the Indian Ocean, the Pacific Ocean and the Mediterranean Sea.

Although it is common to find it on the continental coasts and platforms of water that do not exceed two meters in depth, some of them venture into the open sea areas.

Usually, it measures between four and seven meters with a up to one ton of weight and the females reach the largest size. In contrast to the flattened shapes of the other sharks, the white one considered the largest predatory fish on Earth has a robust, fusiform body, black eyes, a flattened y conical snout, and a denture with up to 300 triangular and saw shape teeth.

As if that were not enough, this species differs from the majority for its circulatory system, since the temperature of its blood ranges between 3 and 5° C above of the water, which accelerates its digestion, providing strength and resistance. 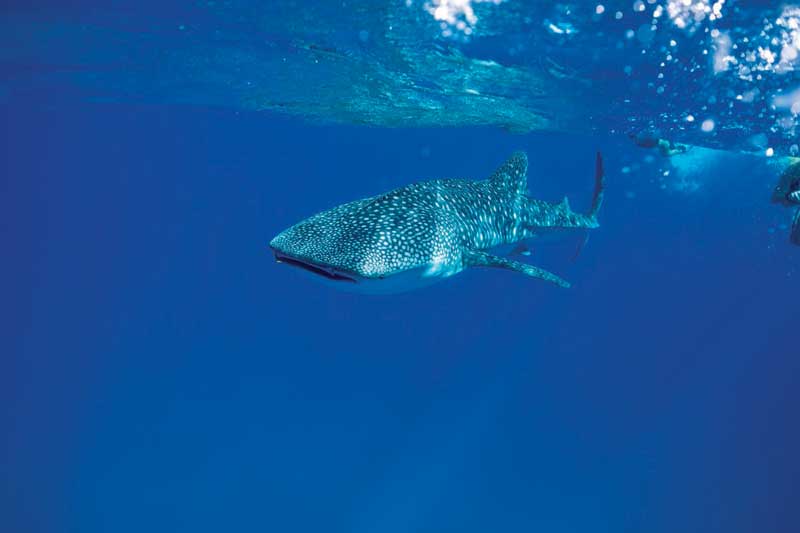 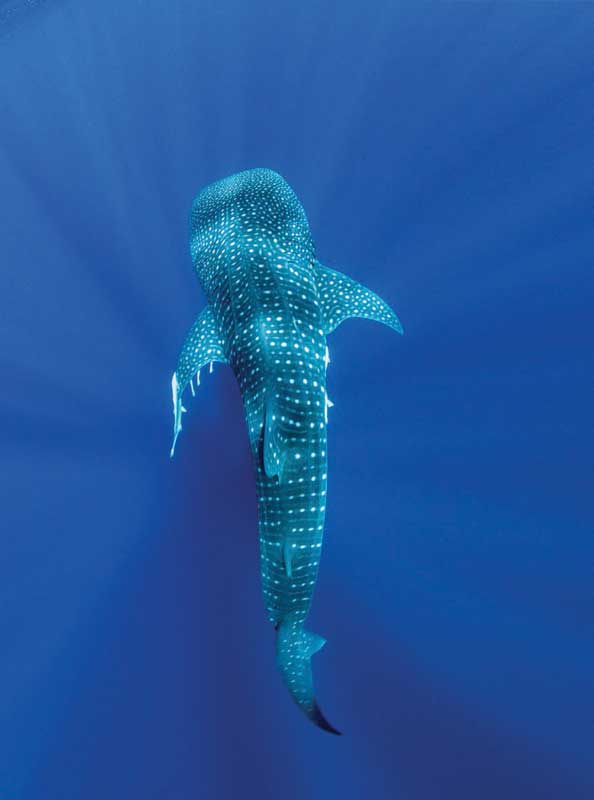 Its diet varies depending on age; while youngest enjoy a diet based on squid, manta rays, and other smaller sharks, adults prefer to hunt seals, lions and elephant seals, dolphins, whale carcasses, and turtles.

They have an exceptional sense of smell that detects a drop of blood diluted un 100 liters of water; in the ocean, 1 kilometer around.

It is proven that among its main predators are whales, killer whales and humans, the latter being the most dangerous due to overfishing. However, in Australia exists a law to protect them since 1990.

Today there have been multiple sightings of great white sharks not only on the Australian continent, but also in Cuba, Hawaii, New Zealand, Japan, South Africa, England, and the Canary Islands. Regarding the largest ones, the last one viewed was in June 2015 in Guadalupe, Mexico, by Discovery Channel cameras; it was a female which has a measured of approximately six meters and up to 50 years old. 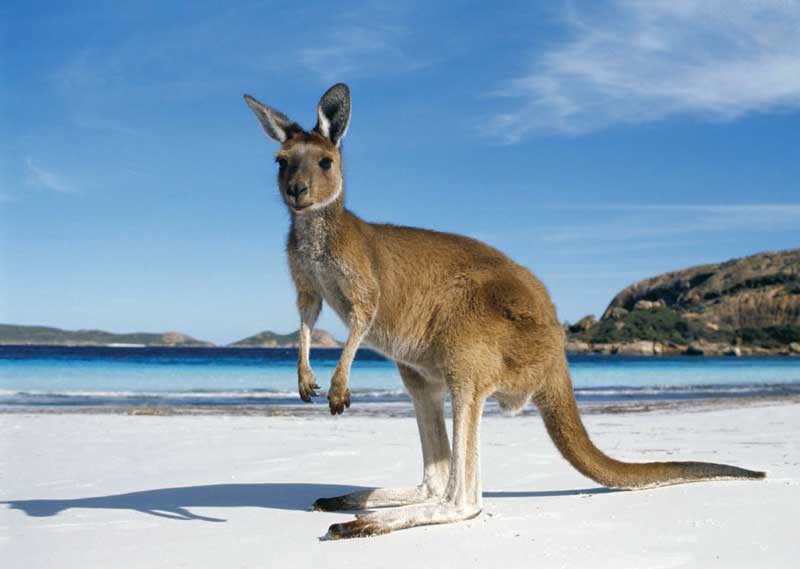 The Australian red kangaroo is the largest and strongest marsupial in the world. They stand out up to 70 km / h and their greatest jumps of up to three meters high.

The kangaroo is one of the most important and representative animals in all of Australia, so much so they´ve been appeared in their coins, coat of arms and in the Olympic Games sport uniforms.

It regularly moves in herds to defend itself against its main predators (foxes and dingoes); although its main form of defense is its large hind legs.

Females are usually small and light, but faster than males. In both cases their life expectancy ranges from 12 to 18 years. They have a diet based on freshly sprouted grass and flowering plants, because it allows them to store biggest amounts of water.

It is believed to be a species form South America 60 million year ago, during the Paleocene period, when the continents were unified. Its name is attributed to the navigator, explores, cartographer and captain of the British Royal Navy, James Cook, who after arriving in Australia and asking for the animal´s name, the inhabitants of that time answered gangurru. According to the story, this word would mean “I don’t understand” in those years.

On the other hand, the truth is that the word ‘kangaroo’ was first approved on August 4th, 1770.

Currently, there are record of four species of kangaroos inhabiting Australia that taken together would been approximately 40 to 60 million: almost twice as many people on the continent and more than a half of all Mexico´s population. 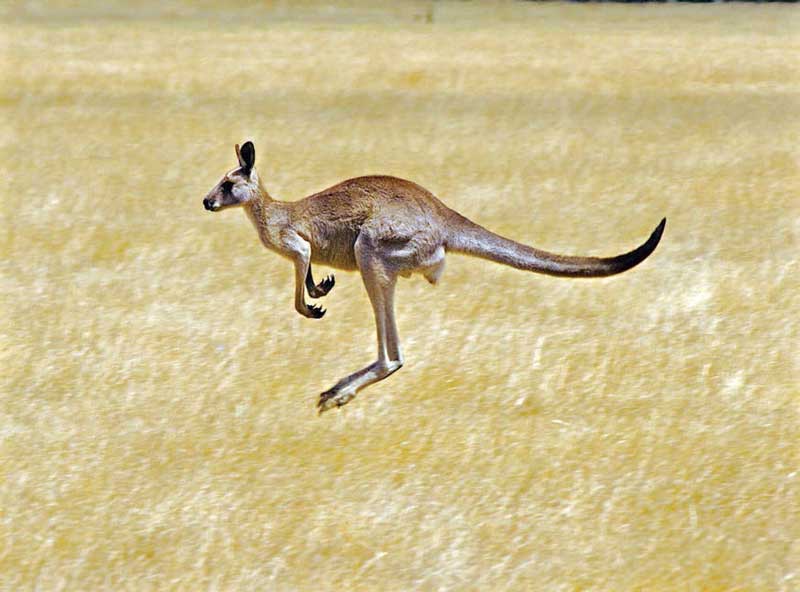 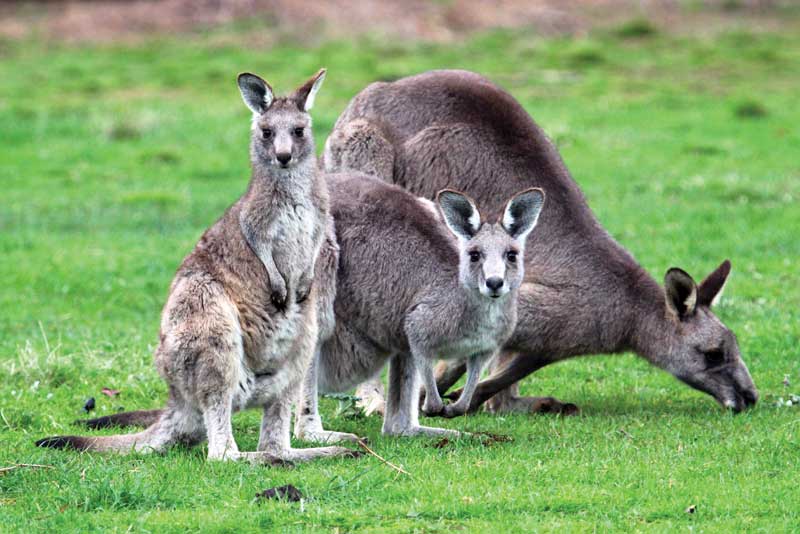 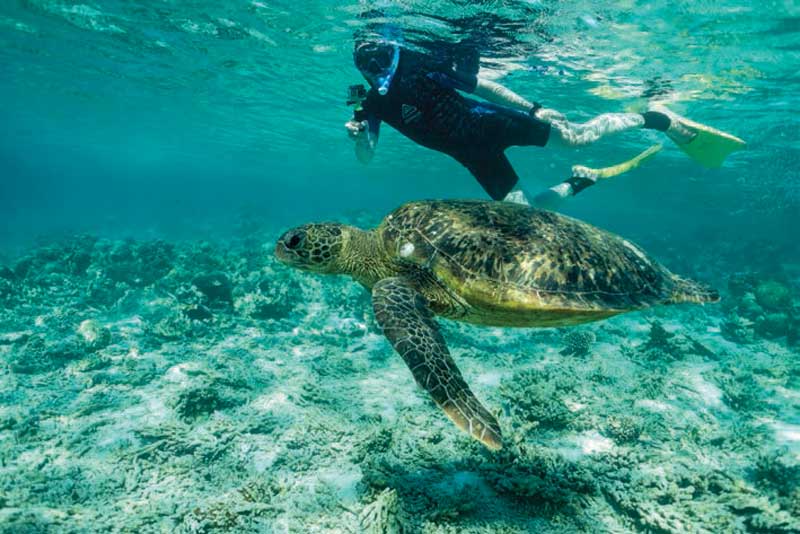 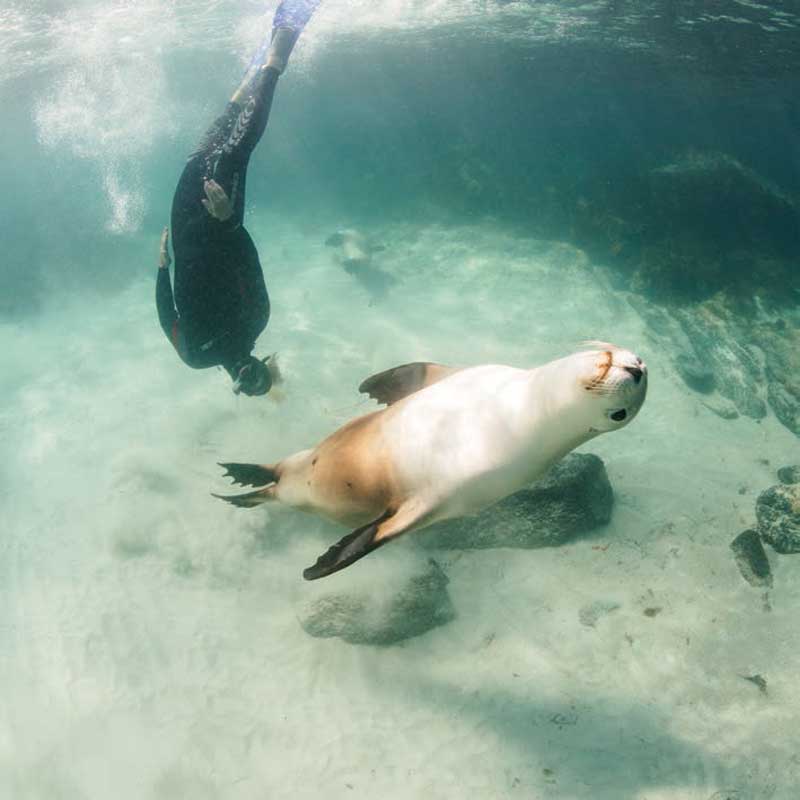