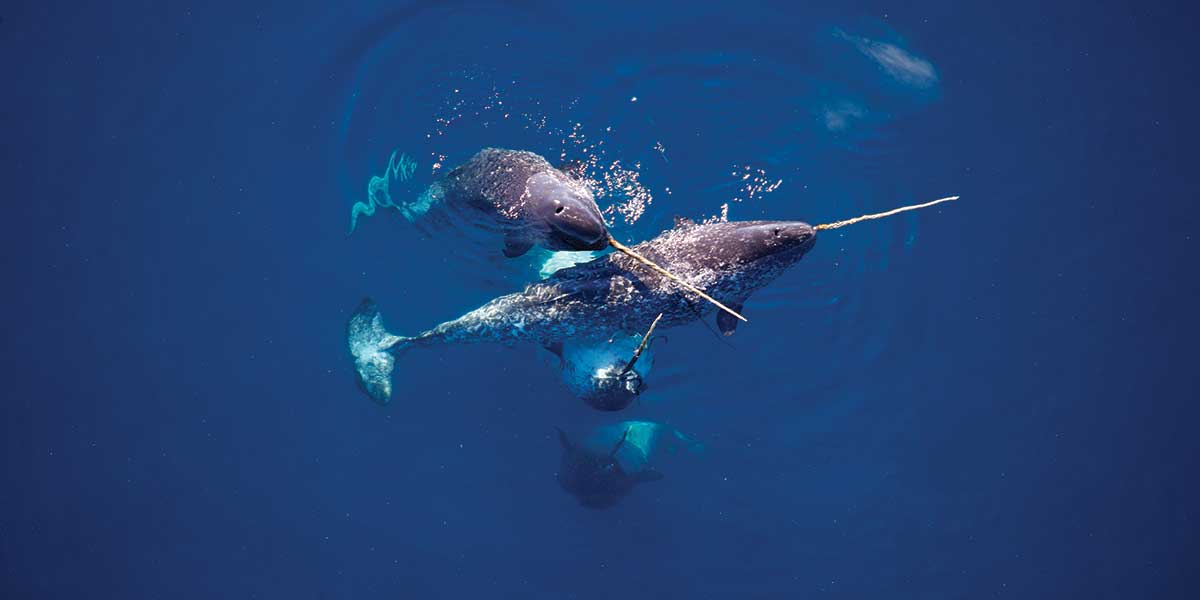 Biodiversity in the boreal, subpolar and polar regions has been affected by global warming, sea ice retreat, and increased ocean acidification

Human-induced impacts on the planet’s organic diversity, its ecosystems and the environment worldwide have been shocking in recent years, reports the Intergovernmental Science-Policy Platform on Biodiversity and Ecosystem Services (IPBES).

The global rate of species extinction is a set at a minimum of tens to hundreds of times higher than the average over the last ten million years and is accelerating. Human activities have led to the disappearance of at least 680 vertebrate species since 1500. According to the International Union for Conservation of Nature's Red List criteria, about 25% of the animal and plant species assessed are threatened, suggesting that approximately one million are in danger.

The Living Planet Index, which synthesizes trends among vertebrate populations, shows that species have decreased rapidly since 1970, with a 40% reduction in terrestrial, 84% in freshwater and 35% in marine species.

Biodiversity in the boreal, subpolar and polar regions is projected to decline, mainly as a result of global warming, sea ice retreat and increased ocean acidification. The following specimens appear on the Red List of species living near polar ice caps or in snow-covered areas: 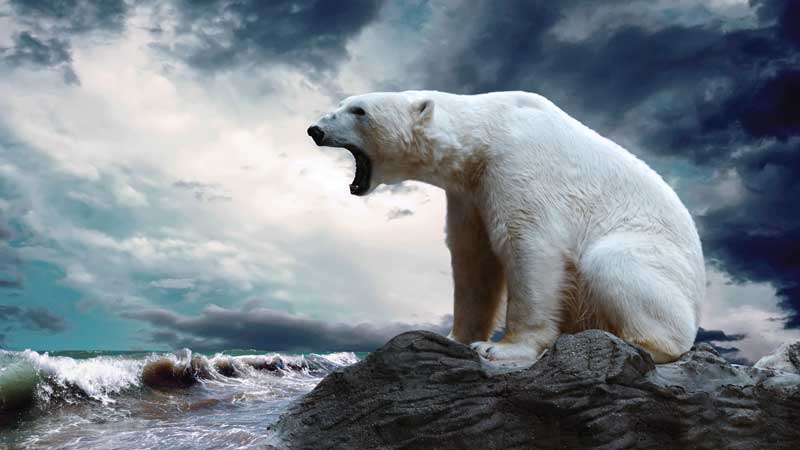 The polar bear is on the endangered species list.

Considered the ‘giant of the Arctic’, it requires large quantities of meat to subsist, being seals its chosen prey, therefore, it needs large areas of sea ice to catch them, due to the difficulty of doing so in the sea.

Due to the increase in ocean temperatures, ice-free periods in their habitat are becoming longer and longer, making the diet of this predator, located at the top of the food chain, more difficult; in addition, their hibernation stages are affected, as they are unable to find places to hibernate.

Recently, it has been discovered that the new generations of polar bears are smaller in weight and size than their predecessors, due to the difficulty of finding places to hunt seals. This is related to the prolonged freezing of the sea, making their fasting period long. This has forced them to dive into the sea and swim for miles searching of hunting territories.

As for the females, they now have calves less frequently and in decreasing numbers, which in turn have a lower survival rate.

Another risk is poaching of the species, as well as oil spills. It is estimated that there are between 20,000 and 25.000 polar bears in the world, distributed in 19 subpopulations. 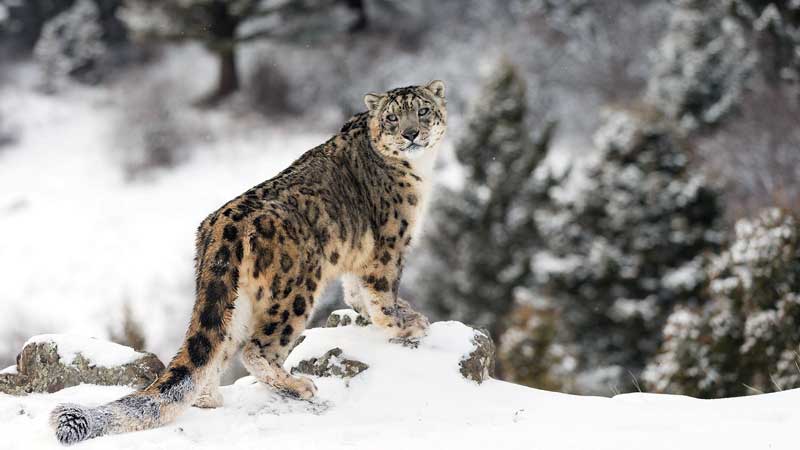 Endowed with powerful claws that allow it to roam the high, icy mountains of Central Asia, where it is endemic, the snow leopard is at risk of extinction. Its numbers have been reduced to some 7,500 individuals, reports the International Union for Conservation of Nature.

Inhabitant of cold, remote and inhospitable places, which apparently become ideal for this feline, it does not escape the danger of human beings either. Main predator in its territory, it bases its diet on ibex and long sticks that have been displaced by domestic animals such as yaks or horses, carried by people, leaving it as an alternative to descend from the mountains to hunt livestock and this survive, becoming prey to farmers, who consider it an invader of their land and livestock.

Between the loss of their natural habitat, poaching and the impacts of climate change, the change danger of the feline’s disappearance is increasing. The work of institutions, such as the Snow Leopard Trust and Save Our Species, has sought coexistence between humans and snow leopard, including raising funds to defray the costs of livestock depletion and raising awareness among local communities about the conservation of the species.

Appreciated by locals as a sacred animal, the Snow Leopard Conservancy has taken up this cultural practice and integrated it into its program through the Land of Snow Leopard Network. The challenge is to relocate the snow leopard, which has habitats in Kyrgyzstan, Tajikistan, Russia, Kazakhstan, Pakistan and China. 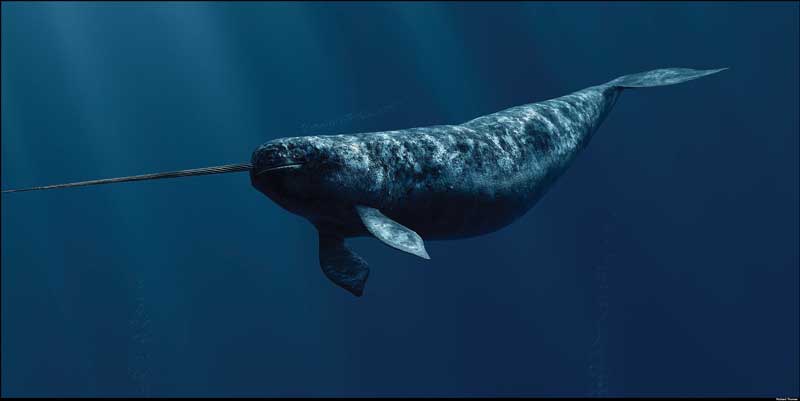 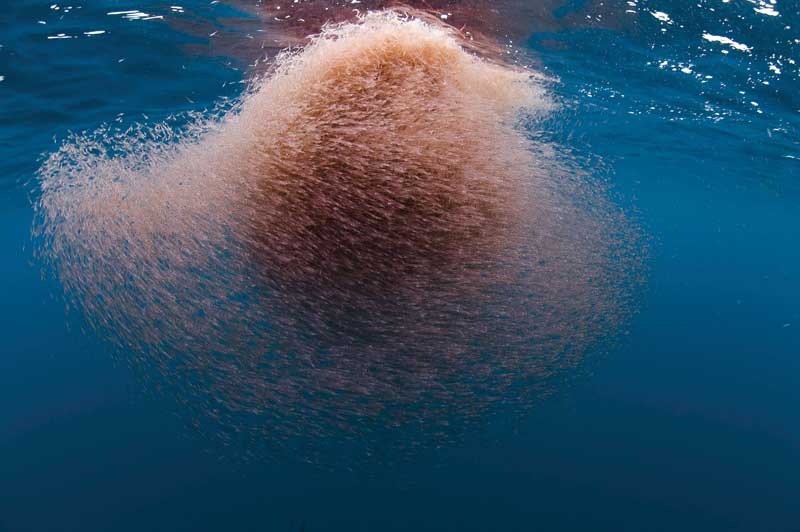 The tiny krill is the base of the oceanic food chain.

Nature had a witty moment with the narwhal, a unique species that appears to be a cross between a small whale and mythological unicorn, due to its long spiral tusk of more than 6.5 feet protruding from its head.

Narwhal's habitat is the cold waters of northern Canada, Greenland, Norway and Russia, where it is observed emerging to the surface to breathe after long deep dives. The constant traffic of ships in the Arctic Sea for the transportation of oil and gas are a problem for narwhals, as they collide with the vessels, together with water pollution and oil fuel spills.

The machinery used to extract oil, marine construction and military maneuvers in arctic areas cause persistent underwater noise pollution, reports the World Wildlife organization, and considering that narwhals depend on sound for survival, any acoustic interference in their habitat negatively affects them in various activities such as locating fish to feed, caring for their young, avoiding predator, and even finding a mate. They are also pursued by hunters who seek to catch and strip them of their long tusks. 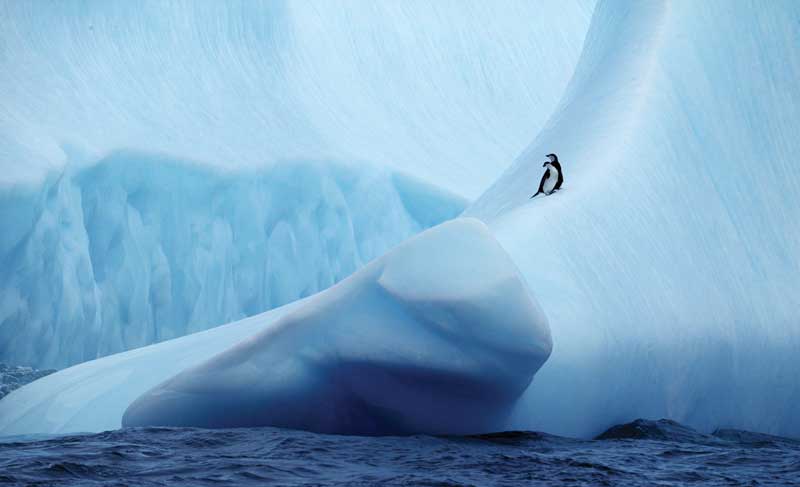 Most penguin species inhabit the south pole of the planet. 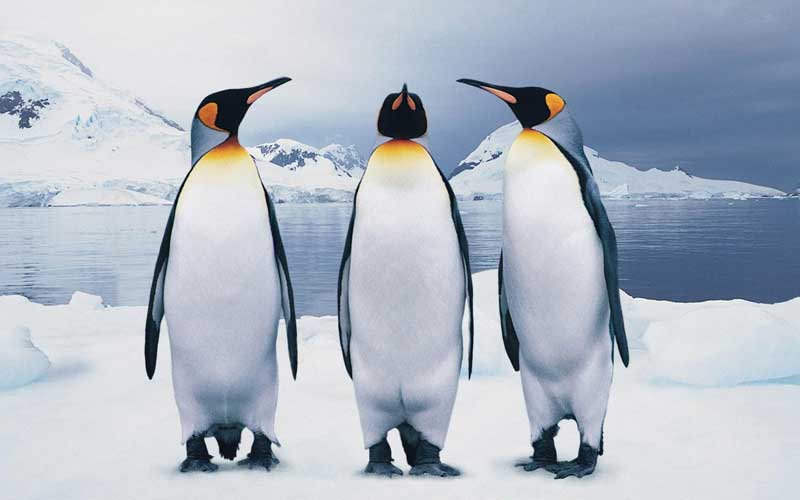 The global penguin population has been affected by rising sea temperatures.

According to the International Union for Conservation of Nature, the habitat of most of the 18 species of penguins that exist is located in the south of the planet, where they cohabit in colonies; more than a half of them are classified as at risk. The main threats are global warming, ocean pollution, the invasive species and overfishing of their food base. Another danger is getting caught in the trawl nets of fishing vessels.

A SEO/Birdlife study reports that there are in great danger, such as the Galapagos penguin, of which only 1, 200 species survive, as well as the Emperor penguin and the Adelie penguin, whose numbers have been drastically reduced, according to a World Wildlife report, which estimates that every half a degree Celsius rise un sea temperature affects the future, not only of penguins, but of all sea dwellers.

Due to the increase in sea degrees, all penguin species have been affected in their diet, which is based specially on fish, bringing as a consequence the disappearance of their food, and the decrease of their reproduction and incubation areas, with the reduction of the eternal ice, which influences number of inhabitants. 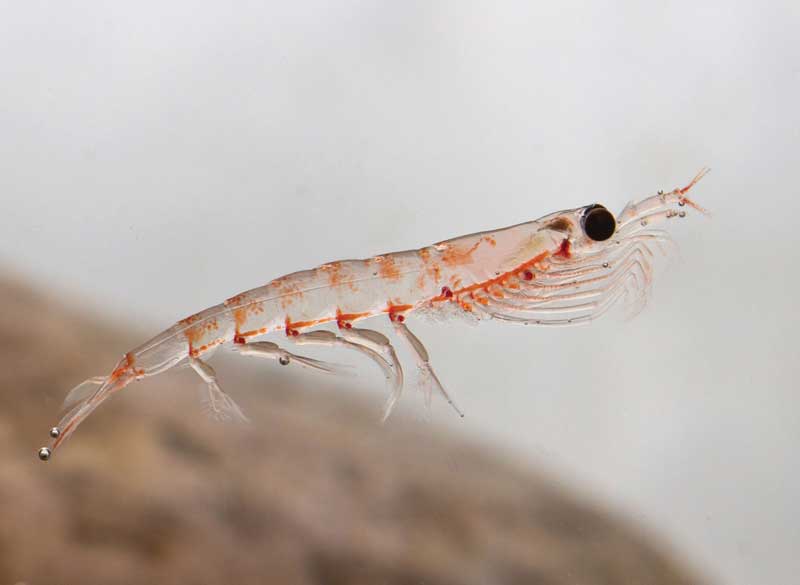 There are reportedly 86 species of krill.

This tiny crustacean of the base of the ocean food pyramid. Its importance lies in the fact that its shoals are essential link in the food chain of the Antarctic ecosystem, and it is the main sustenance of the blue and humpback whales that migrate to the Antarctic to consume it in quantities of more than three tons each.

However, it is not only whales that have been affected by the disappearance of krill, but also penguins, seals, birds and fish that seek to meet their energy requirements.

Rising sea temperatures, as well as excessive human fishing for fishmeal and Omega 3 pills have resulted in a decline in their numbers, which are in the millions, but their primary consumers require them to stay alive.

The Greenpeace organization reports the existence of 85 species of krill, being the Antarctic krill the largest, with 2 inches in length, some of them with bioluminescence; in other words, they generate their own light.