In 2004, the brand set a new challenge to create an original and limited watch representing a bridge between heritage and modernity, with a subtle blend of sport and high-tech. This principle gave rise to Project Z, featuring a design and a material – Zaluim, previously unknown in Haute.

“Zaluim”  the Perfect Metal for a Wristwatch

Zaluim was developed by Ronald Winston, a noted chemical engineer, and researcher of rocket propellants, he became an expert in the special zirconium alloys used in jet and rocket engines. He realized that a metal that could withstand Superheated corrosive gasses in the high-stress interior of a rocket motor would be perfect for the Creation of an indestructible wristwatch. In addition, zirconium is non-reactive and hypo-allergenic, harder than titanium and almost as light. Its luster hints at the fact that it is more commonly found on the moon than on Earth.

Harry Winston Timepieces introduces the limited edition Lady Z, the first women’s timepiece With a Zaluim setting. Inspired by the mythical goddess Luna, design and function of Lady Z evoke the unique dualities and femininity of the moon subtlety and strength.

The lower part of the dial features an elliptical opening, with two moons crafted in aventurine for a subtle mixture of spangled and sequined deep blue. Each moon – one white, one black – is finished with a comet’s tail trace, set in shaded tones of diamonds and black sapphires. The whimsical mechanism is wound using a flush push button, located at 2 o’clock.

A two colored dial evokes the radiance and dark energy of the moon in its many phases.

Aluminous silver-plated dial features Arabic numerals set-out in eye-catching rays, creating a Striking contrast with the black of the ellipse.

A second dial captures the elegance of the night Sky, featuring a dark background with the time zone illuminated by pave diamonds. Set in Zaluim, a rare and difficult material to fashion, Harry Winston’s master jewelers have Impeccably set the bezel and horns with a series of exceptional diamonds, enhancing the elegant, feminine feel. 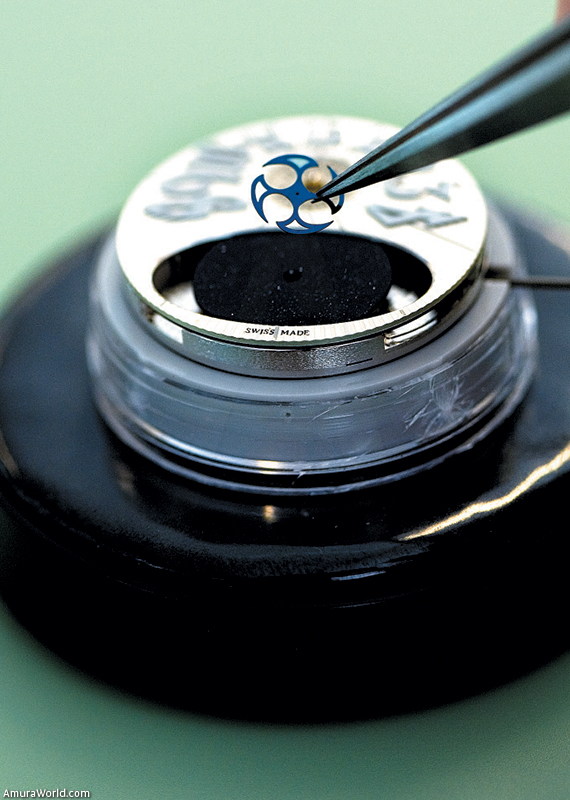 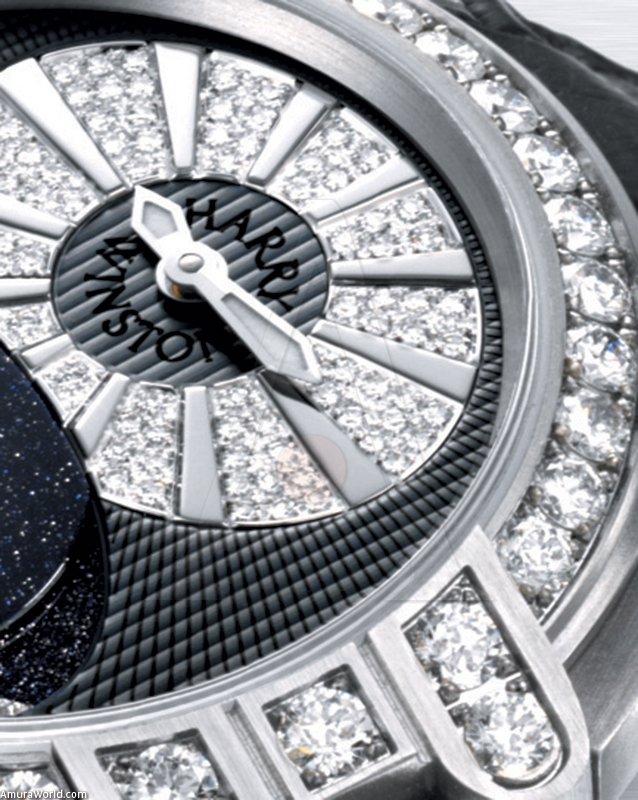