Winter on the cities

Discovering what is hidden behind the horizon is the challenge that drives us to travelin search always for the farthest cities. Inthe immensity of the world man faces the chaosand the order that meet to form magnificentscenes in which life's conditions are as extreme asthey are beautiful.

Even there, where the structures are. the human scale persists thanks to design ingenuity.Those who dare to experience life on the citiesknow very well the function and style in whichtheir attire must act. And when the attire is used asway of adapting to the environment, more elo-quent ideas emerge. These ideas are retaken forwinter fashion to propose new ways of dressingimpregnated with the adventure that is experiencingwinter traveling. 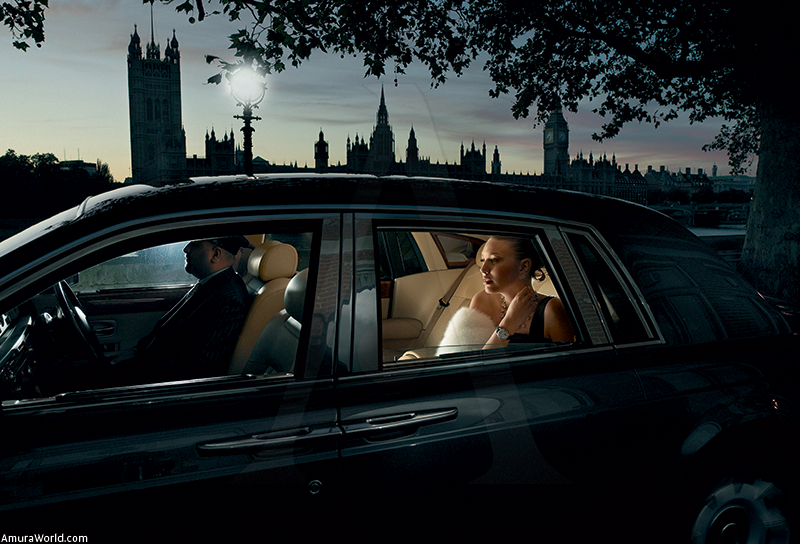 Travel at latitudes close to Europe is to find a gray and cold weather that can turn violent at any time. For these tough conditions, technology offers solutions that protect fromthe wind, cold and water. New forms of insulation that allows the body to breathe, while keeping the water out. 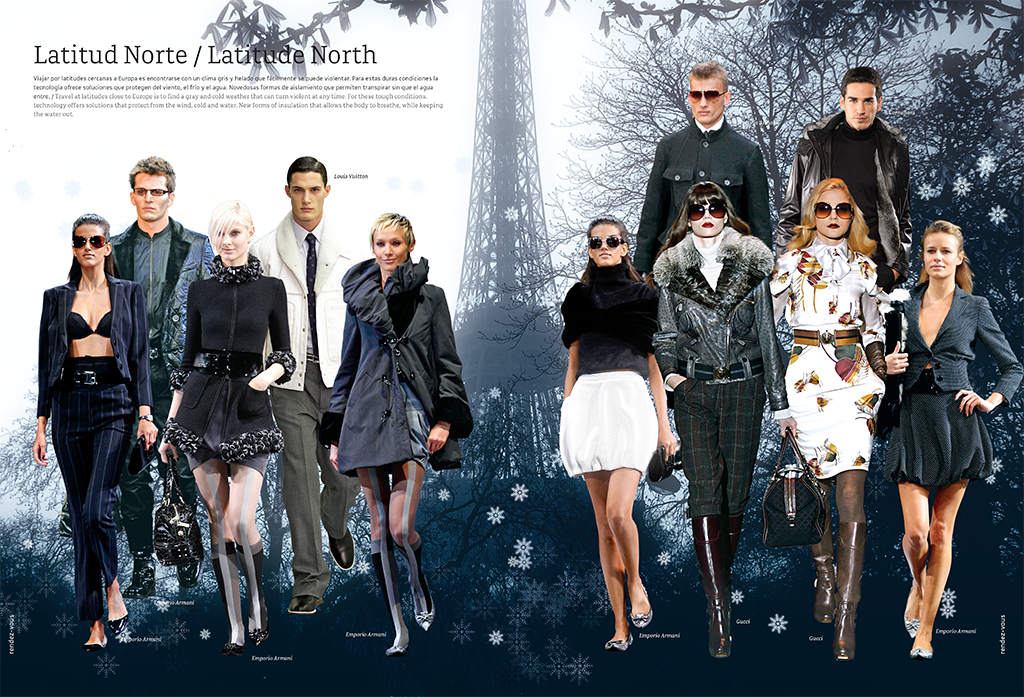 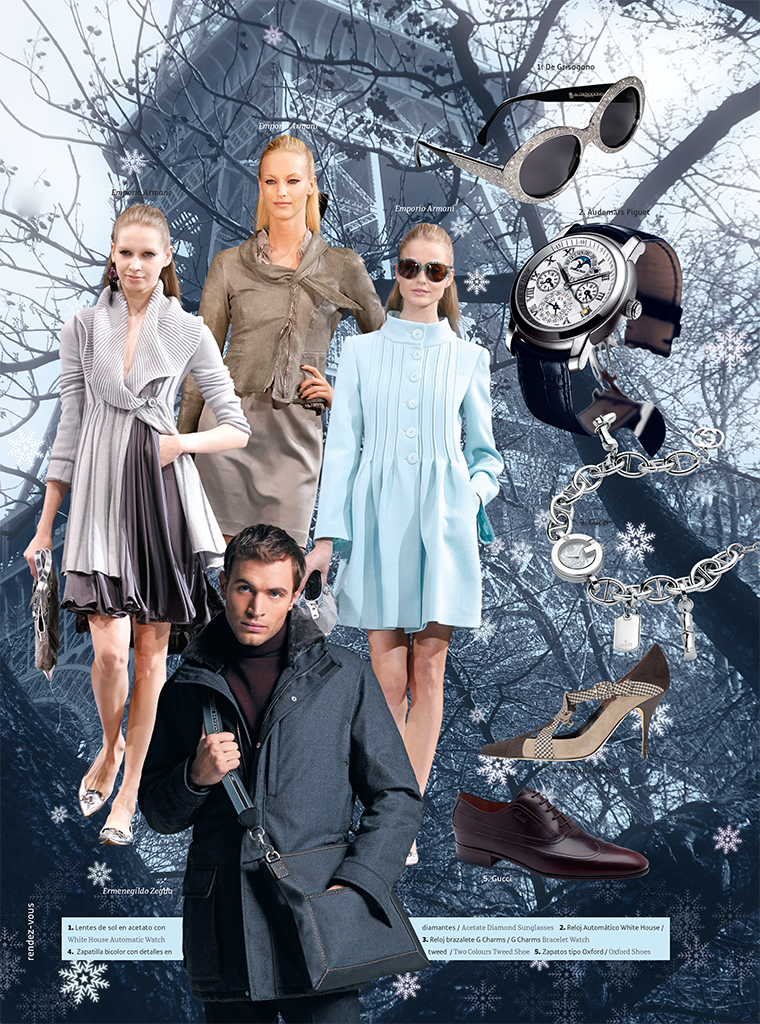 The desire to stay in the city instinctively suggests heading to Paris to where the water and skies are intense gray-blue. For escape enthusiasts, comfort is taken care of with the innovation of clothing with vibrant colors and technological accessories such as sunglasses and anti slip soled footwear. 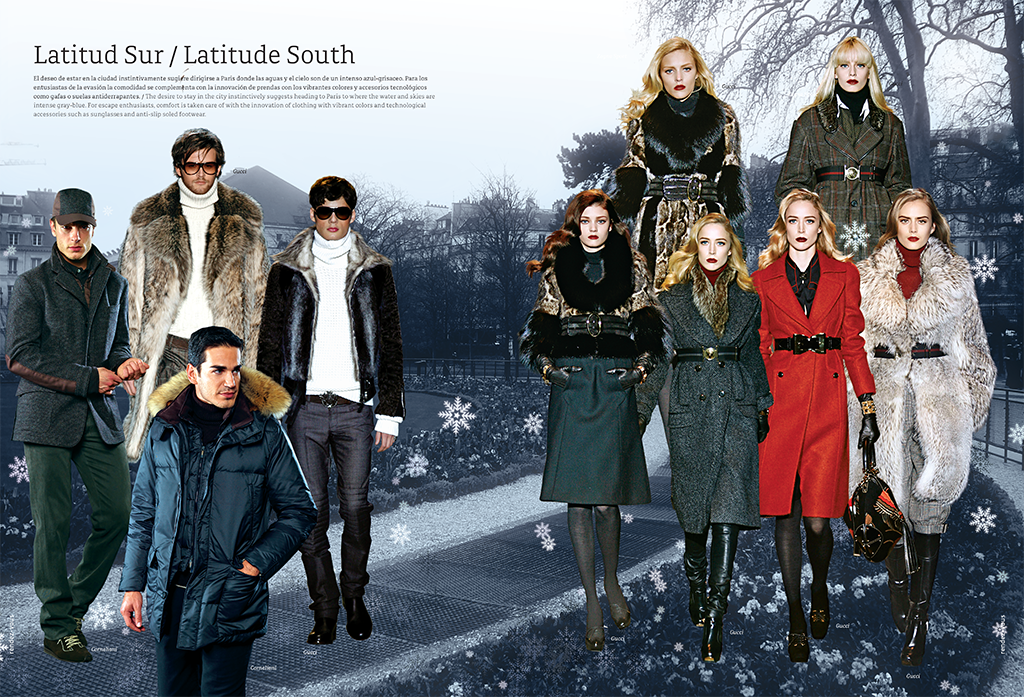 The Italian cities are places ofmysterious beauty where the feeling rules of having reached the center of the world. To relax in this so-particular ambience, the best thing is clothes that are as comfortable as they are functional, such as think sweaters, jackets and parkas. 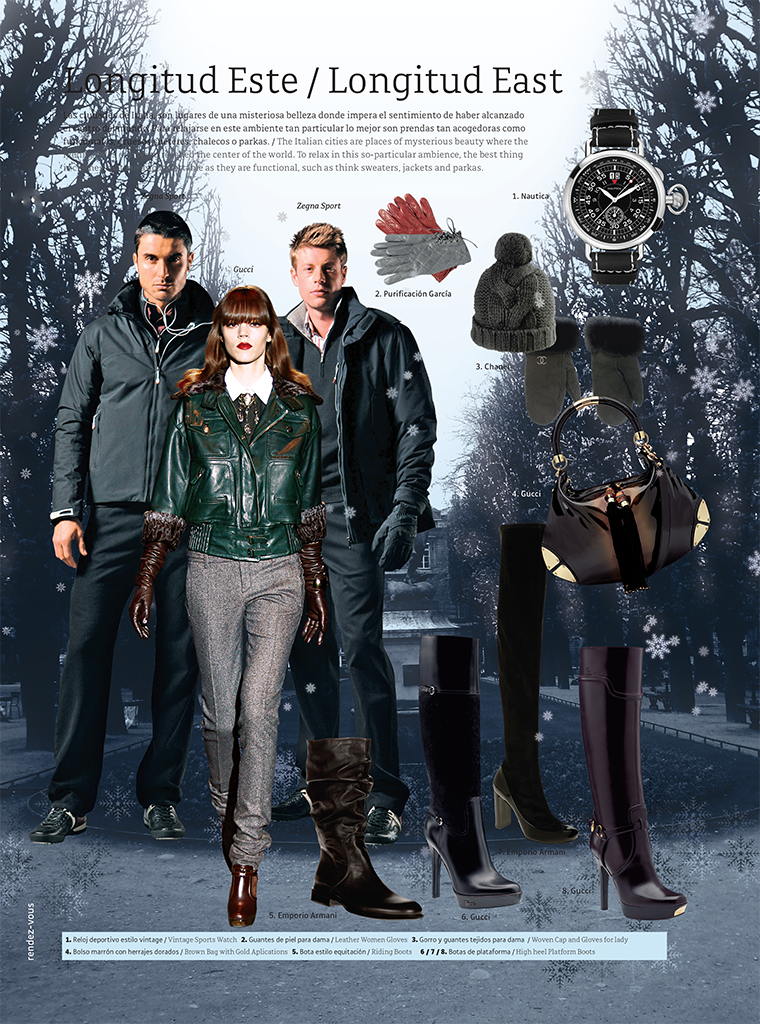 Travel to where the sun sets has been the source of discoveries. The techniques used on athletes’ or astronauts’ clothes are a great help to reduce the fatigue of long voyages. The formula consists of wearing an inner layer that holds in the heat and has a pleasant feeling against the skin, such as wool or cotton sweaters. These are then covered by external
layers with sufficient volume to contain them, such as jackets and hunting jackets adaptable to all kinds of circumstances. 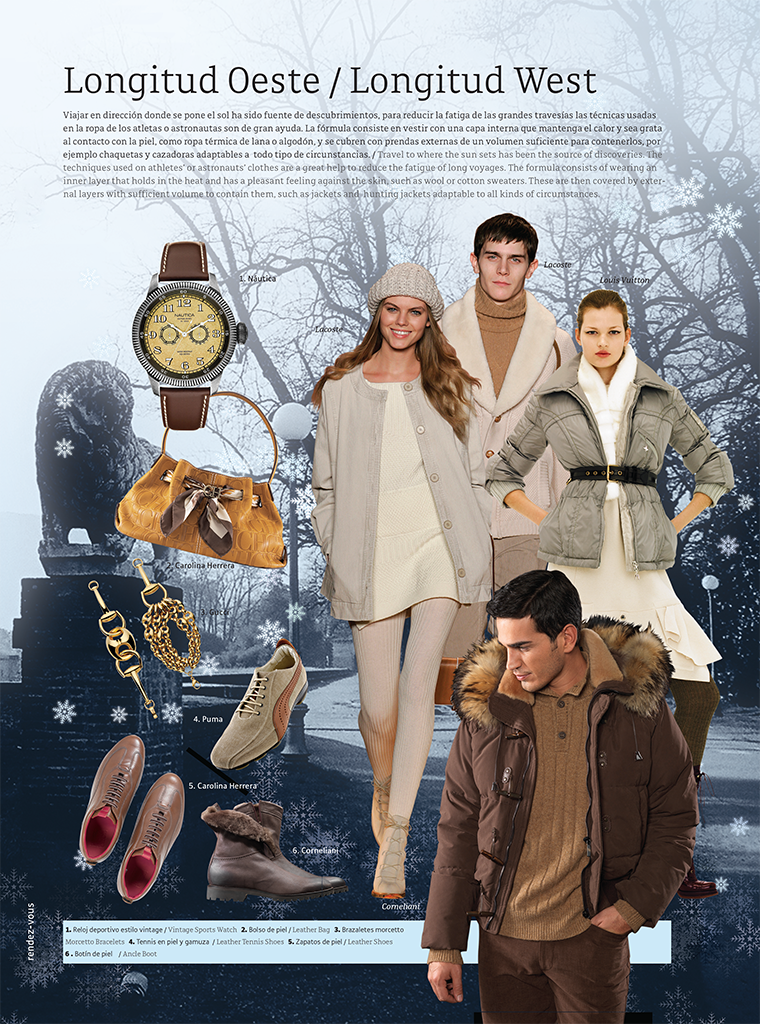 Skiing was originally invented not as a sport but as ameans of transport in countries such as Norway where it snows formost of the year. It then became a glamorous pastime for which clothing such as the anorak andmicro-fiber attire were invented for those who the labelmeant sophistication, which in skiwear, performance is as important as the active clothes and accessories. 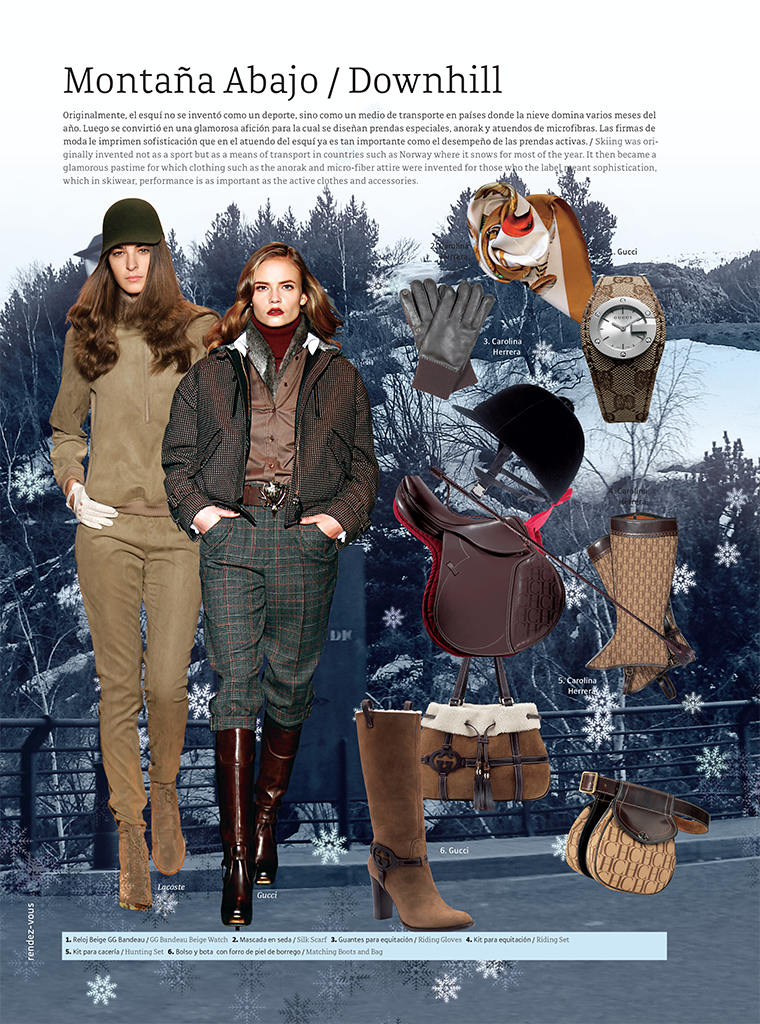 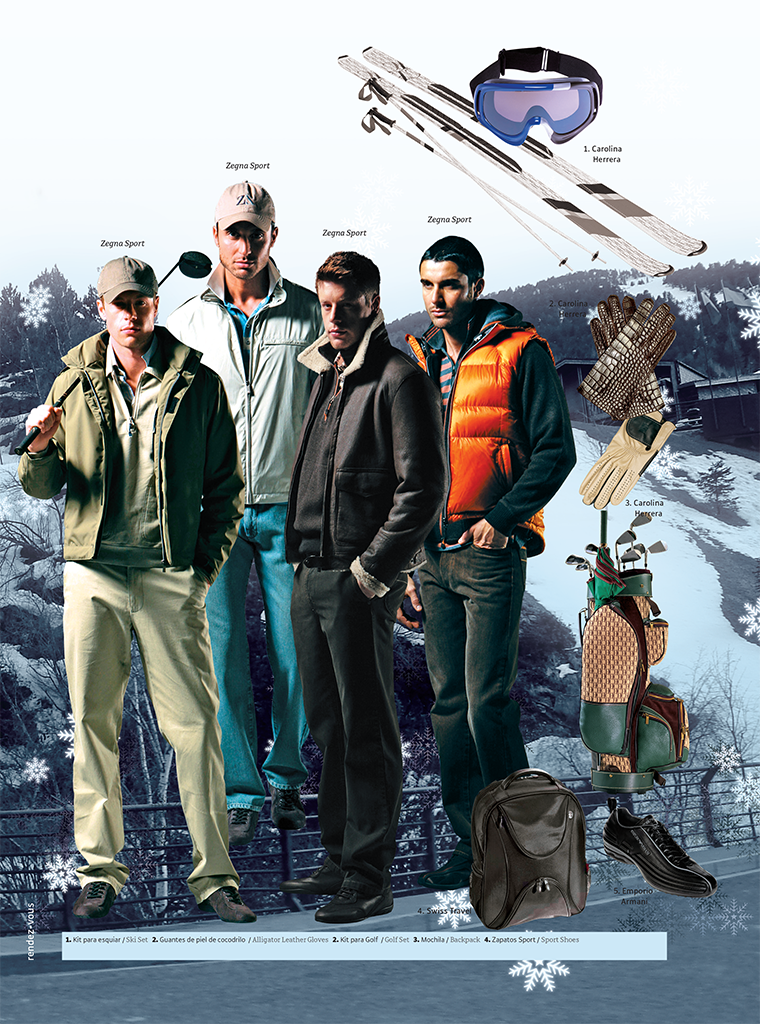