As we go to press, the sixth Louis Vuitton Cup is taking place as the 32nd Americas Cup nears: 21 straight wins for the seemingly unstoppable Alinghi team. Audemars Piguet (AP) has sponsored the team ever since it raised the trophy in 2003. 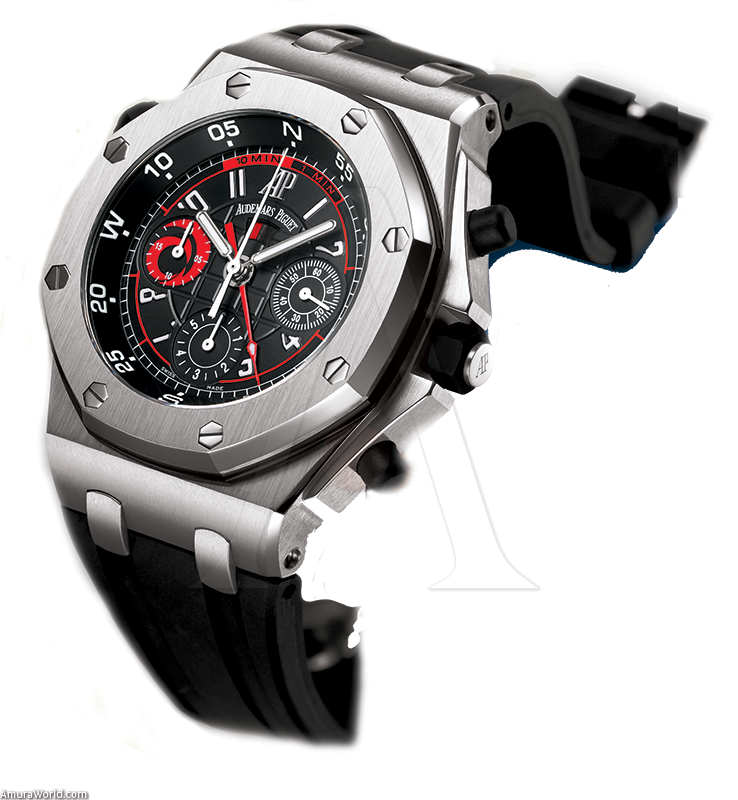 Inspired by navigators’ most important star, Audemars Piguet presents a watch custom designed for the crew and devoted fans of the reigning championship team of the Americas Cup.

The start for boats competing in the Americas Cup follows very precise rules. A shot signals the beginning of the maneuvers and, one minute later, a second shot indicates that competitors have 10 minutes to get their boat to the starting line. Five minutes before the start, a third shot indicates that no external assistance is allowed. During this phase, the challenge is to position the boat as close as possible to the starting line without going over it

Because this watch is equipped with a central minute hand that completes a rotation every 10 minutes, it adapts perfectly to the complexity of the procedure. When it reaches the ten minute mark a red disk can be seen going through an aperture on the dial located at 12 o’clock.

It is also the first Royal Oak which includes a rotating bevel that operates on the crown at 10 o’clock. This bevel allows the wearer to calculate his or her position in relation to the sun or use it for a regressive countdown, thanks to its inverted scale gradation.

The stainless steel box is decorated with a com- pass and, in addition to Royal Oak’s eight distinctive screws, each of these watches—which have been limited to an edition of 2,000— is numbered. 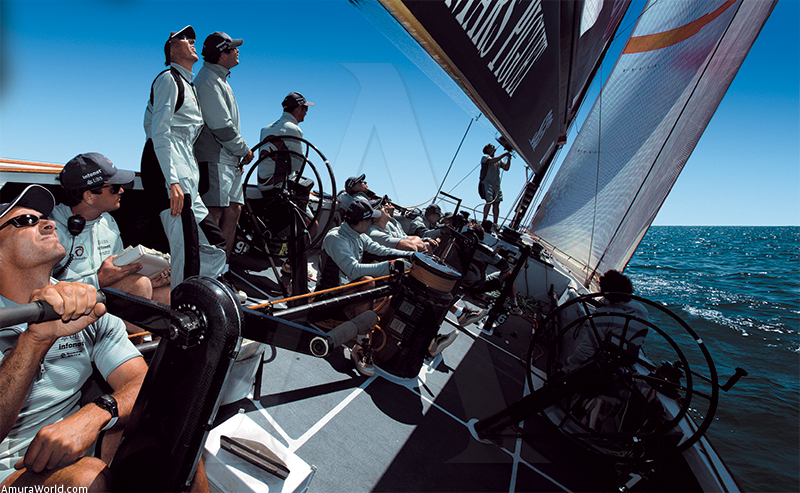 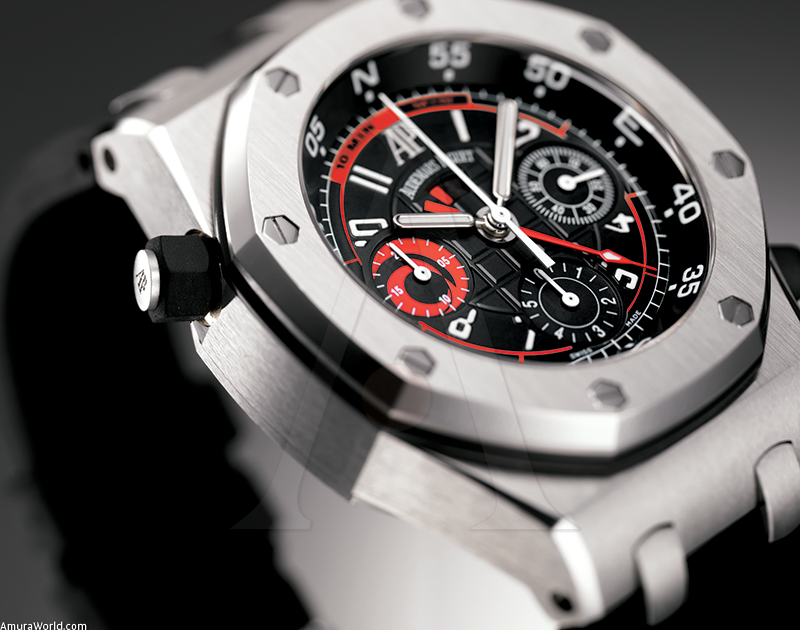