In 2009, Quay was named Restaurant of the Year by Australian Gourmet Traveler magazine, subsequently bestowed the same honor in 2010 by the Sydney Morning Herald Good Food Guide, a guide that for the past three years has given the restaurant a 3 Chef’s Hat’s rating.
Truly the cream of the crop when it comes to dining at the Overseas Passenger Terminal, Quay has rightfully established itself as one of the most iconic restaurants in Sydney. Its superb location, sandwiched between the Harbour Bridge and the Opera House, is one of the reasons why diners flock into this establishment in ever increasing numbers. 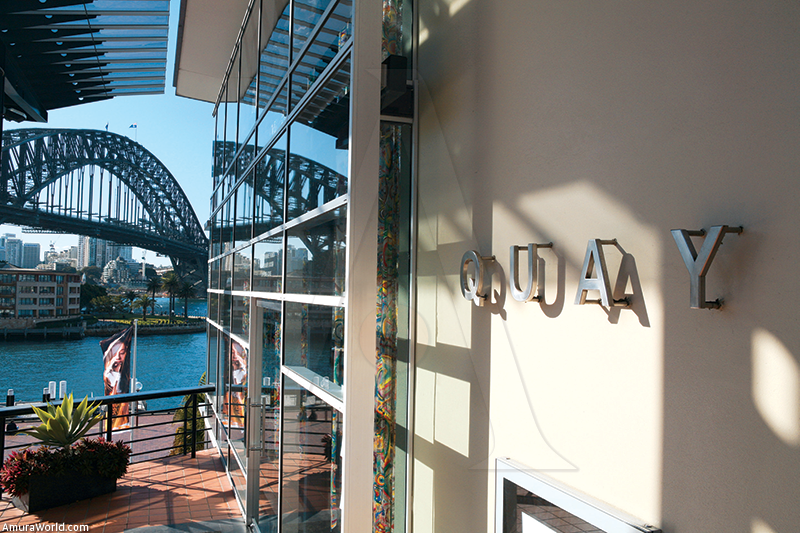 Peter Gilmore, Executive Chef at Quay since 2001, hopes people will come to the restaurant with an open mind. “I really want them to experience things they can’t experience anywhere else,” he says. “We’re sitting on one of the most beautiful harbors in the world, and Quay is in a very fortunate position because it showcases it like no other restaurant can, so the nature on the plate is a really beautiful marriage with the setting of Sydney harbor.” And it would be difficult for guests not to do so, considering that Gilmore has introduced a seven-course degustation, with each course offering for diners to design their own degustation.

Each plate is conceived with a distinctive concern for geometry, symmetry, texture and cleanliness to ensure an unsurpassed elegance of presentation, such as it can be found in the magnificent tenderloin of Blackmore wagyu. A lighter, finer taste is achieved by first poaching the meat, which is then paired with spinach purée and a disc of butter infused with Tasmanian wasabi – the perfect companion for such a flavorful plate. Another staple of Quay is the pool of mud crab congee, served with split sticky rice that adds a layer of support to the sweet and rather more heavily flavored crab meat. It is topped with a slick of egg emulsion, a creamy sauce that adds volume to the dish without smothering the crab flavor. 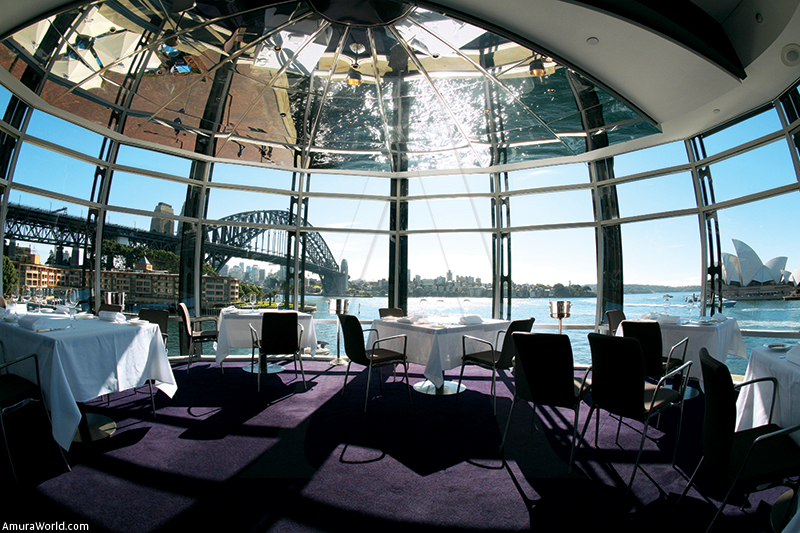 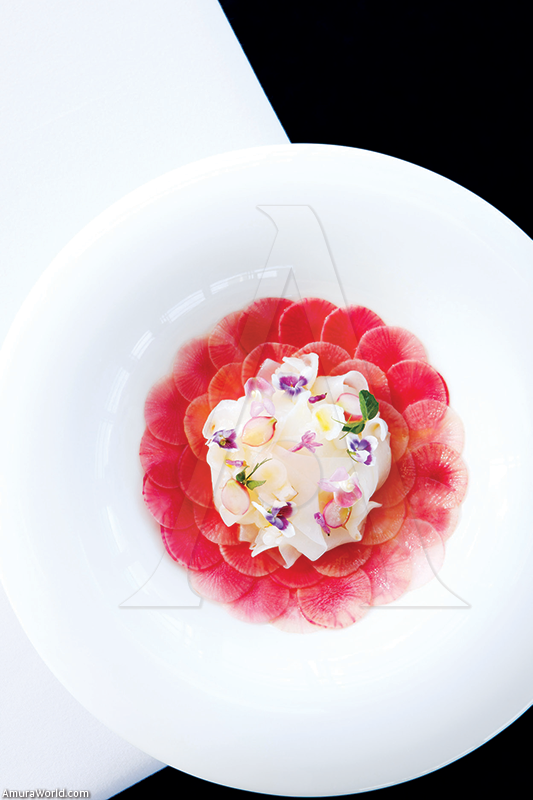 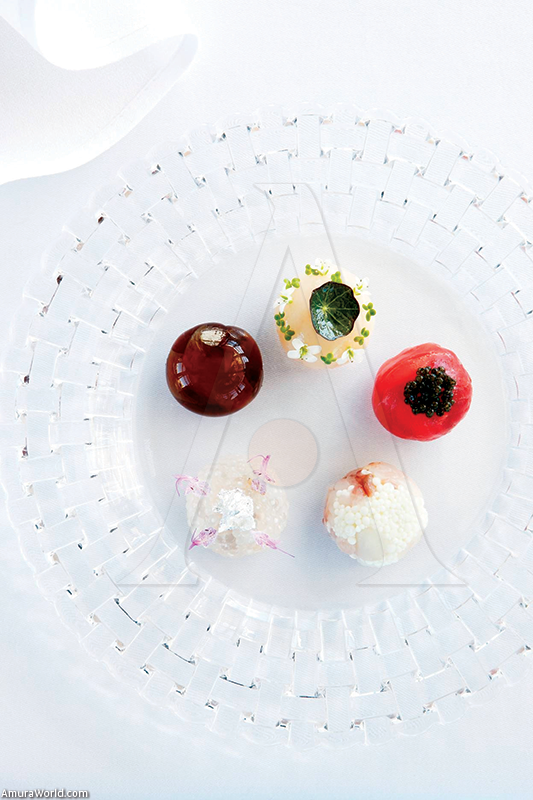