Not all the countries in the world can have the luxury of establishing one grape as their wine identity card. Argentina can for it has Mai bee. a stock that has evolved little by little. conquering the taste of even the firmest Cabernet Sauvignon drinkers. And we say this because even though the resemblance comes only from a species blood relationship, both stocks have different personalities but coincide in one major thing: both are use randomly and broadly to accompany every restaurant’s steaks, cellars and grills, from Mexico to the Patagonia 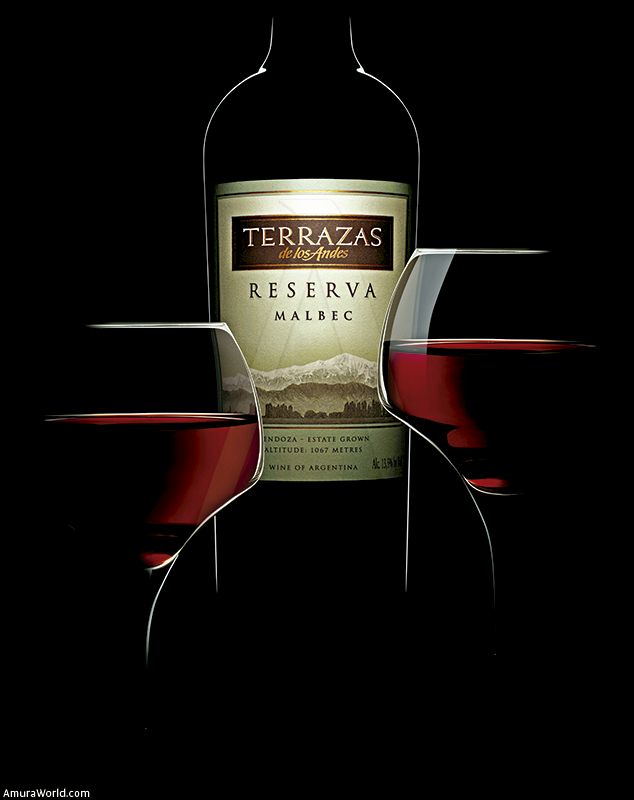 Its importance transcends that. There are few things written about this grape since the Argentinean wine development was delayed many years, mainly because of a lack of investments, but when Chile became an aggressive monster for the European wine exportation. Argentina could not be left behind. Today the whole world knows that Mai bee is a queen and as such it can be irresistible to the throats that seek for a fruity presence and a whimsical personality.

It wasn't originated in Argentina, it comes from France, but it was never developed there nor found the ideal ground conditions that are encountered in Los Andres or in the vergeles desert of Rio Negro, in the Patagonia

In fact, the only interesting use that had been given in France to this stock is as a 'coloring'. to intensify the tone of certain Cabernet Sauvignon juices.

In many parts of the world they call it "black grape’, precisely because of the shiny purple tone that shows in its youth and can be transformed at some point into almost black. Its scents gene- rally reminiscence chocolate, black cherry, truffles. coffee and even leather, including flowery smells from the violets.

This grape reveals a vigorous texture inside the mouth, with tastes that range from the plum to co- ffee and vanilla, a taste that is gathered from resting in the French oak barrel. A certain rusticity and soft bitterness is perceived in the aftertaste, which comes from its tannins, the dements that work together to keep most of the juices in shape. 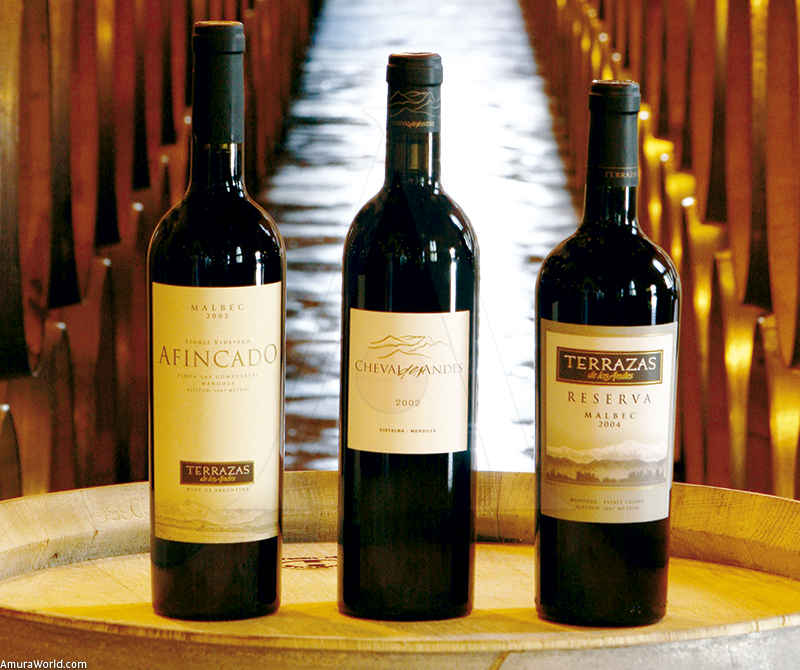 Daniel Eduardo Gorisnic. director of Grand Cm. a corporation that has just arrived in Mexico and whose purpose is distributing exclusive wines directly, claims that in the Patagonia dessert, in the Rio Negro area the Noemia cellar produces 'A Lisa*, a wine from the Malbec grape that is created almost in a handcrafted manner, carrying out by hand the pro- cess of recollection and election of grapes. The rest of the procedures are also done the old way. This vine- yard belonged to the Countess Cinzano, which in Argentina is synonymous of a winemaking tradition

The best use for this win^s bottle is to use it in grilled meats, whether they are cut or in other local combinations like in carbon meat tacos. It goes very well with fresh sauce not too condimental pastas, salads, stuffing and hard pasta cheeses such as the sheep and goat curados. of course the provolone.

For the consumer, the wine description that can be obtained from the Malbec variety is the most important thing.

To the eye. when the wine is young it has an intense dark color, a kind of cherry morello red. that can come out almost black.

The main scents that are perceived in the fine ones are the morello cherry, prune, grape raisins, coffee, chocolate, leather, truffle, vanilla and vio- let. among others.

For some specialists, violet, raspberry and amber are the three primary scents.

To the mouth the prune, marmalade prune, morello cherry and morello cherry candy, chocola- te. dry fruits, vanilla and balsamic tastes are the first flavors that emerge. The scent and flavor of the vanilla comes from the oxidation of oak wood barrels, combined with wine polyphenols. 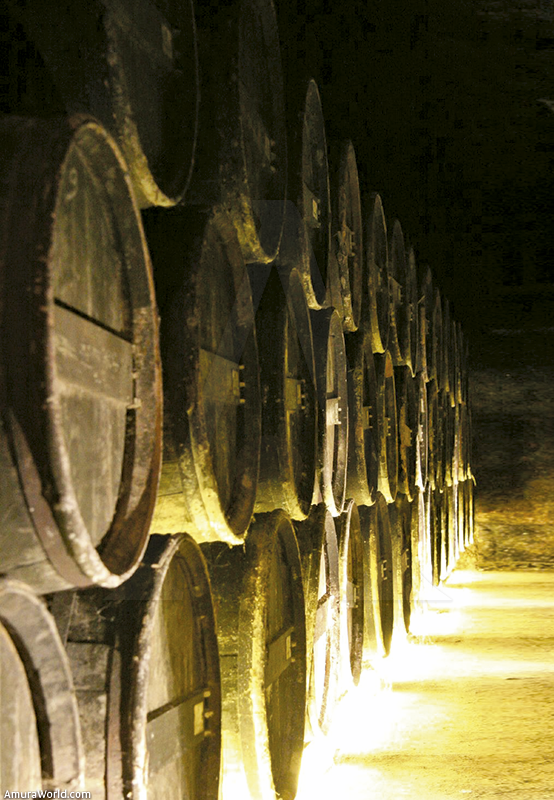 To the mouth its wines are warm, soft and with sweet and pleasant tannins. The Malbec wine variety, mainly from Mendoza, is conside- red the best in the world. Synonyms of the Malbec diversity: There are many different names for Malbec but the most known are Cot. Malbec. Malbeck. Noir de Pressac, Auxerroir Noir. Cahors. Pied Rouge. Noir Doux. Oeil de Perdrix and Saint-Emilion. 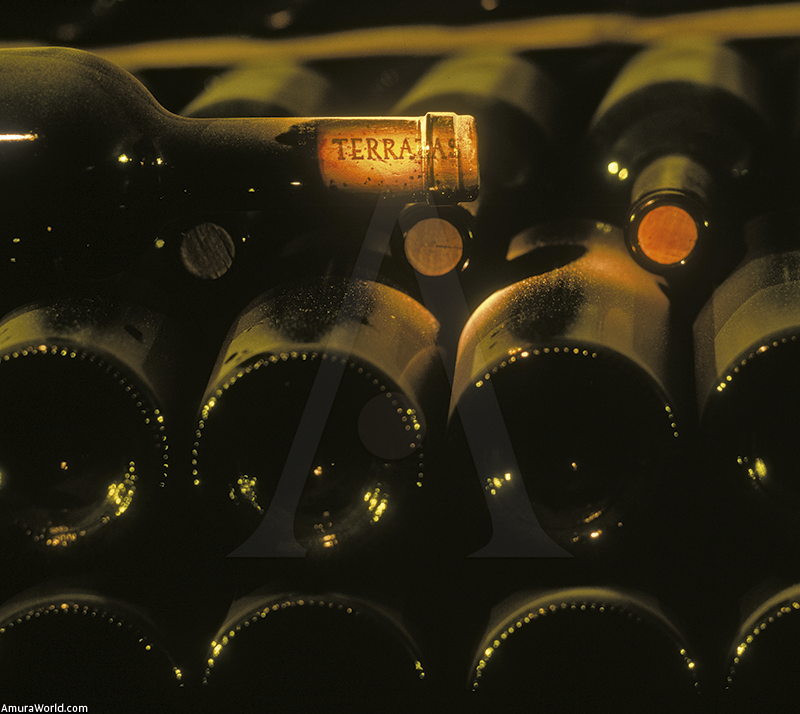