Tequila is the most known and representative drink in Mexico, if in Euro pet hey have wine and in Russia vodka, this distilled is one hundred percent the Mexican representative be fore the world.

And not only is it the drink, it's the horsemans- hip culture, the mariachi, the Mexican snacks, all of this is part of the culture of tequila, which to obtain that name, must be created in Mexico and have at least 51% sugars originated from agaves.

it's about a very versatile drink that can be drank in the famous shots, along with salt and lemon on the side and with an extensive range of cocktails, whether there are in a martini cup or in opened champagne. One way or another, depending on the occasion, this can lead us to live amusing moments. 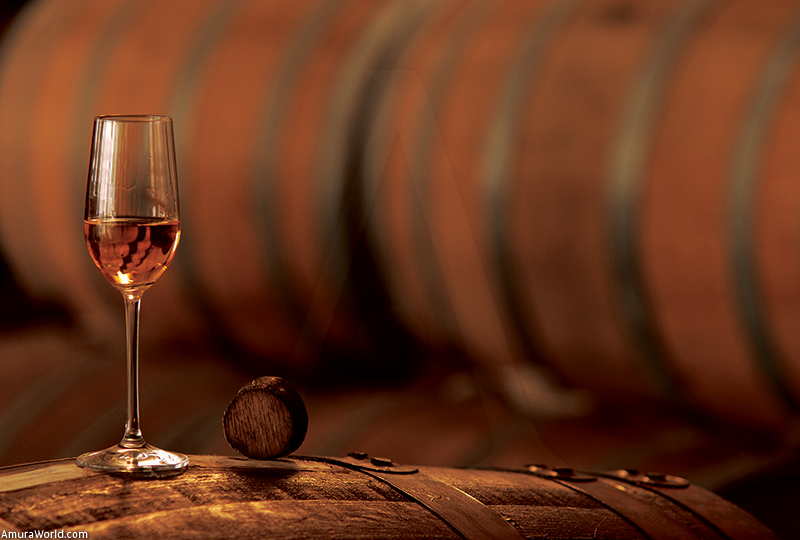 The name tequila is a denomination of con- trolled origin which includes the agaves distill made specifically in regions of Mexico, in the locations of Tequila and Am at it §n, besides of all the Jalisco municipalities and also some from Guanajuato, Mich oac§n, Guanajuato, Tamaulipas and Nayarit.

The origin of this distill is found in the city of Tequila, in the state of Jalisco, and one of its legends tell that Huexicar protected a women which with mescal she would cure diseases, for it's considered that it was her who discovered the mescal drink known as tequila. This woman, whose name is unknown, was referred to as Mayahuel.

it's worth mentioning that recent founding's in the El Caballito Cerrero ranch, point that the municipal of Amatitan in Jalisco is the tequila’s place of birth since they found the re an opened sky factory, surrounded by fermentation tubs, ovens and mills where the distill was produced. 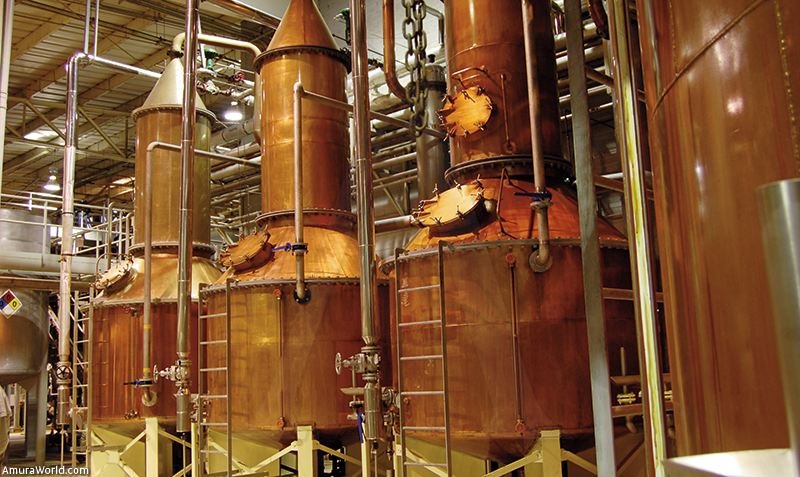 According to a study made by the historian and owner of the agriculture field, Claudio Jiménez Vizcarra said: “The birthplace of tequila is the region of Amatitán, Jalisco” that since immemorial times (in the first third of the XVI century) the Amatitán native cultivated the agaves and fabricated the drink that since then was called mescal wine and now tequila.

The queen Doña Mariana from Austria recognized it as a native drink and that's why they let it free of the Alcabala tax. This is why, the historian claims, the traces of the fabric confirm that tequila was born in the heart of these lands and “constitutes the most ancient example of one of its kind and a prodigious sample of the knowledge of the earth's materials and of the engineering technique and industry the naturals had”.

From its beginnings, the region's tequila production has received international knowledge. It's about the main economic activity of the homonymous city and between its first producers we can mention: Tequila José Cuervo, Tequila Don Julio, Tequila Orendain y Tequila Sauza.

It's made, the same way as mescal, from fermentation and distills of the agaves extracted juice, particularly the one called agaves azul (Agaves tequilaza, Weber blue variety).

The most important operations that occur in the elaboration process are: the Jima, Hydrolysis, Extraction, Formulation, Fermentation, Distillation, Maturation and in its case, Filtration and bottling. 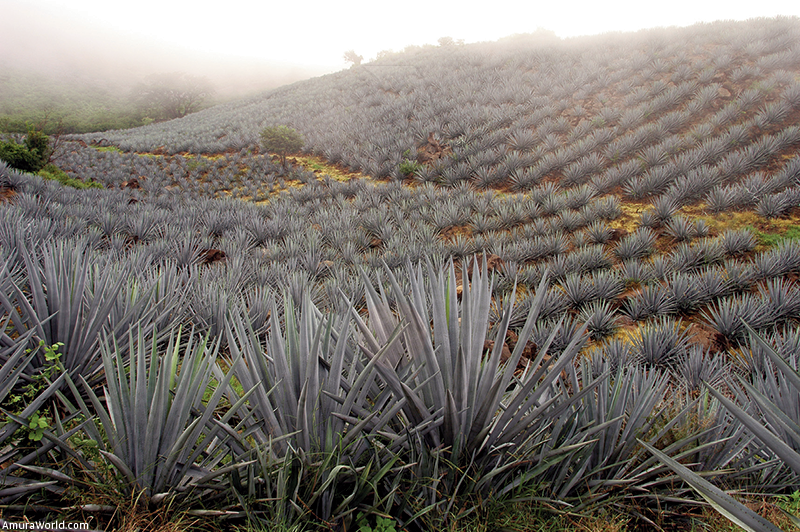 The tequila obtained can have several destinies like; the bottling as a white tequila; its abocamiento and bottling as a young tequila or may very well be sent to mature for the obtainment of tequila reposed, old or extra old and afterwards its filtration and bottling.

Although with certainty it cannot be confirmed in what place of Mexico for the first time was distilled from juices grape juice to cooked agaves what it is true is that until proven other wise, the distills agaves mescals were invented in Mexico, among them the tequila, which emerged some where in the ancient kingdom of New Galicia, in what we today know as Jalisco. 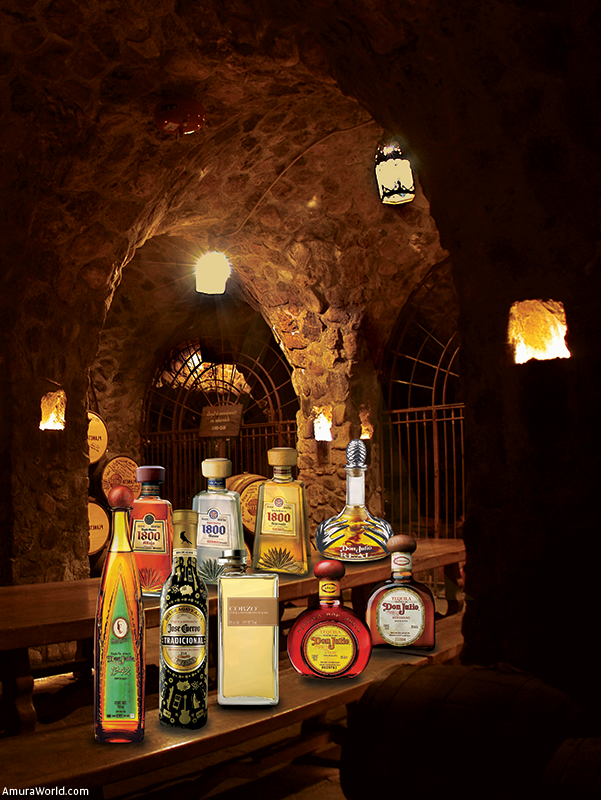