The most appreciated Australian red

Australia is the 4th largest exporter of wine in the world. Its international sales reach 105 million gallons per year, almost 400 million liters. This volume is doubled when domestic consumption is added to a total production that exceeds 200 million gallons.

The Australian label Penfolds Grange has been awarded with over 50 gold medals since its inception in 1951. First place at the “Jeux Olympiques du Vin” in Paris 1990, and was recognized as the “Red Wine of the Year” by the magazine Wine Spectator in 1995. It is considered “the most exotic and consistent wine in the world”

Penfolds Grange is Australia’s most famous wine and is officially included in the list of Iconic Legacy of South Australia. Grange is proud of its unbroken lineage of vineyards which began in 1951. It clearly demonstrates the synergy between the Shiraz variety, the soil and the climate of South Australia.

Penfolds’ Grange is proud of its mature Shiraz grapes, full of flavor and texture. 95% of this strain is combined with a 5% Cabernet Sauvignon for a unique Australian style that is now recognized as one of the most consistent in the world. The Grange style is the original expression-and the most powerful-of Penfolds philosophy.

Penfolds Grange is a wine of extraordinary power and dimension. It has a rich texture and is sharply concentrated and full of fruity flavors. These wines have a period of cellar rest that can go from medium to long term. Robert Parker, from Wine Advocate, scores the 1998 vintage with 98 + RP: “This impressive wine is a candidate for perfection” The 2002 vintage achieved a perfect score of 100, which made the brand enter the Olympus of elite wines. Penfolds Grange is the yardstick against which all Australian wines are compared. Everything is Max Schubert’s master piece. 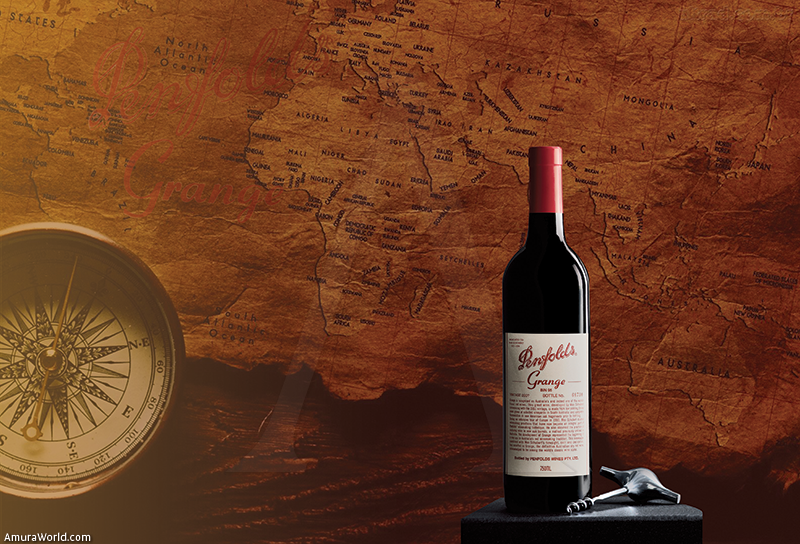