Absinthe, The Green Fairy, is an ancient, popular drink and its legendary history endows it with magical powers.

Artists and intellectuals from the 19th and 20th centuries, like Rimbaud, Verlaine, Van Gogh, Baudelaire, Lautrec, Manet, Victor Hugo, Oscar Wilde, Hemmingway and Degas, drank from this fount of inspiration and all justified its use by stating that it stirred their creativity.

Ernest Hemmingway asserted that absinthe was “a liquid alchemy that transforms ideas”. In a way, this is true since absinthe causes similar reactions to those produced by the use of other psychotropic substances. Because of it, Verlaine shot his friend Rimbaud, Van Gogh threatened Gauguin at knifepoint and Wilde was jailed for love-related issues. 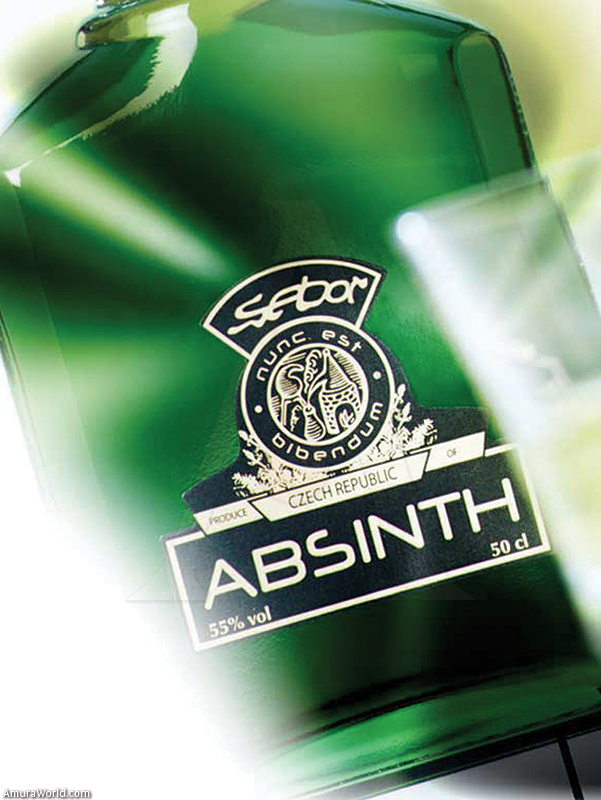 Some say Oscar Wilde stated that “after the first glass you see things as you would like them to be, after the second you see them as they are not in reality and, after the third, you see things just as they are, and that is the worst of all”. Others explain that “the first stage is quite normal, similar to drinking any other alcoholic beverage, in the second stage one begins to see monsters and cruel things and, in the third stage, you see the things you want to see, the wonders of the world… the curious things”.

Those who drank absinthe in large quantities would suffer from the absenteeism syndrome, including hypersensitivity, hallucinations and spasms. These were people who did not follow social norms. They lived apart from anything that was not freedom, beauty, truth and love (as shown in the movie “Moulin Rouge”).

Going back in history, the primitive name of absinthe was Parthenis Absinthium. However, the Greek goddess of chastity received so many favors from it that she decided to give it her name and changed it to Artemisia Absinthium.

The liquor was used to cure tonsillitis, prevent drunkenness and heal rat and mouse bites. It was conferred with aperitif properties (to stimulate the appetite) and was used as a tonic for the stomach. It is also said that it regulates the menstrual cycle and battles intestinal worms.

As a magical amulet, it was hung on doors to keep away the devil and other evil spirits. In the Middle Ages, witches used Artemisia in their brews and spells to frighten away wicked beings and demons.

During artist’s gathering, absinthe was one of the most consumed liquors.

A highly alcoholic drink obtained from the distillation of various Mediterranean plants like wormwood, anise and fennel. It is a highly aromatic drink that, mixed with water, can be enjoyed as an aperitif. It is also excellent for mixing with other beverages.

The distillation of the herb yields a volatile oil, which is the drink’s main ingredient even though it only comprises from 0.5 to 1.0 percent of the beverage. It is generally dark green or sometimes blue and has a strong odor and bitter taste. The oil contains absinthol and thujone (either by themselves or combined with isovalerianic and malic acids), in addition to iso-tuyona, cadinol, felandreno and pineno.

How to drink it?

Absinthe is, essentially, a social drink. It can be mixed with very cold water, which, in aniseed absinthes, produces the “louche” effect, making it acquire a milky appearance. Sugar can be added to taste.

If you do decide to add sugar, the most traditional practice is to pour the absinthe into a large stemmed glass, followed by placing an absinthe spoon, with a sugar cube in it, over the glass and pouring the water slowly over the sugar. The cube will dissolve and drip down through the holes in the spoon. Once this is done, you can stir it and enjoy it.

The amount of absinthe and water depends on taste. Usually, 1 part absinthe is mixed with three parts water, but those who do not wish to drink that much alcohol might mix 1 part of absinthe with up to 7 parts of water.

Another, more Nordic, ritual (and maybe more adequate for night clubs) is placing the spoon with the sugar cube over the glass and then pouring the absinthe over them.

The sugar is caramelized and dissolves. Once the flame is extinguished, water or other beverages like lime or orange soda can be added. 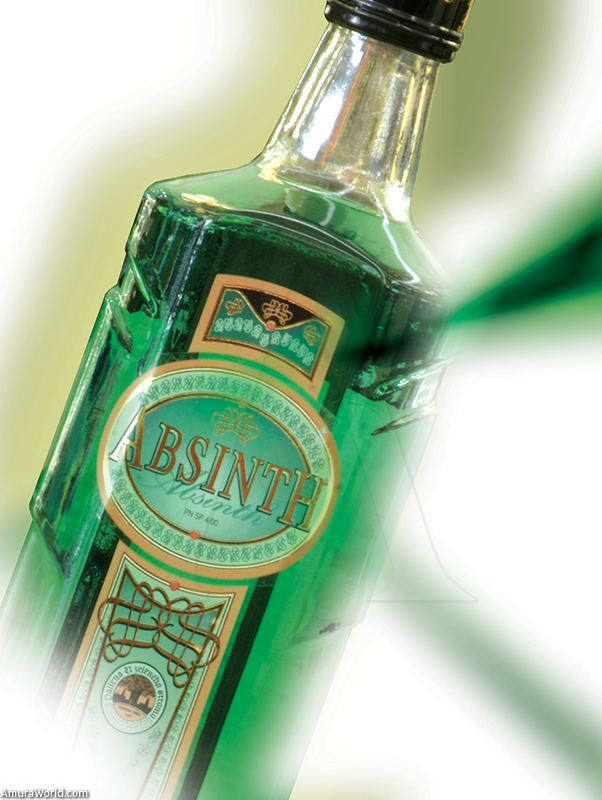 Interesting facts about The Green Fairy