The Whiskey Cardhu, a generous “Single Malt” Scotch which is considered the gold of Spayside in Scotland, made its debut and presentation in Mexico. Sir Ewan Gunn, the Global Ambassador of the house DIAGEO *, was on hand to explain the details of this “12 years”, in an exclusive interview with AMURA.

“The key point I want to mention about Cardhu is that you are tasting the unique flavor of a single distillery in the middle of Speyside, which is the heart of the Scottish distiller’s region. What this means is that this is the taste that one likes. Upon contact with a glass of Cardhu, it transports me there, almost immediately. “Soft and with character, it offers a sweet, cool and then dry flavor with a fruity taste that stays. Its aroma is defined; it contains sweet pear, heather and honey walnut. 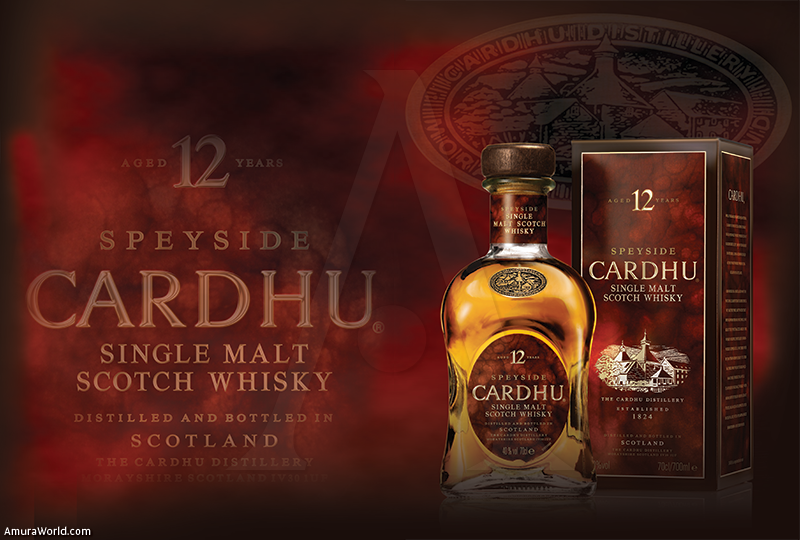 “It is truly a nice Scotch that you drink easily. It is a whiskey you can get to worship because it has layers of flavor that you can start revealing and truly appreciate. “Sir Ewan Gunn summarizes the history of the brand. It began as a farm distillery in Scotland more than 200 years ago. At that time, there were 8 legal distilleries and 400 illegal. Among these was that of John and Helen Cumming, although it was actually her, Helen, the producer. Three times they were surprised by the inspectors, who did not believe the women’s version and fined distiller John. In 1983 John Walker Cardhu bought as a measure to control the entire production of “Single Malt” foundations still being used to manufacture their “blend whiskey” brands.

Sir Ewan Gunn explains that in his constant travels, has visited 60 countries. It was time to come to Mexico. He shared an experience. “I had dinner last night with a group of people and some had never tasted Scotch, or had tried it, and did not like it, perhaps years ago. Everyone loved it for different reasons. And that to me is the ultimate seal of a “Single Malt” a really well done scotch, that it is accepted by all consumers. “Everything points to success”.