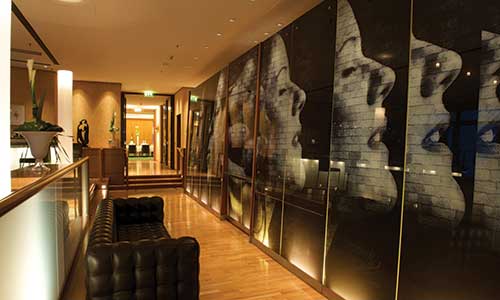 Germany represents an enjoyable surprise for any foodie avid of new experiences; thing is, its gastronomy really caught us off guard. Traditional German cuisine varies from region to region, as if each city was a different country we meet lobsters and the krabben, German knuckle of ham, sausages, the laugenbrezel or the kassel.

Berlin specifically delights and satisfies its diners with an extraordinary culinary variety. Its gastronomic qualities are influenced by the region of Brandenburg, which includes three main ingredients: meat -be it pork, poultry or fish-, vegetables and legumes, and being infallible cabbage, turnips, and potatoes.

Choosing a restaurant in Berlin is no easy task. The tangent rhythm of the city gives strong pulsations it’s main arteries, the major expression of global exposition is portrayed within it’s dishes. Since it’s the capital, it offers an important wide range of restaurants that explore the traditional Germanic flavours, but since we are also dealing with a cosmopolitan city, it’s possible to encounter cuisines from around the globe. We are here to talk about the most memorable.