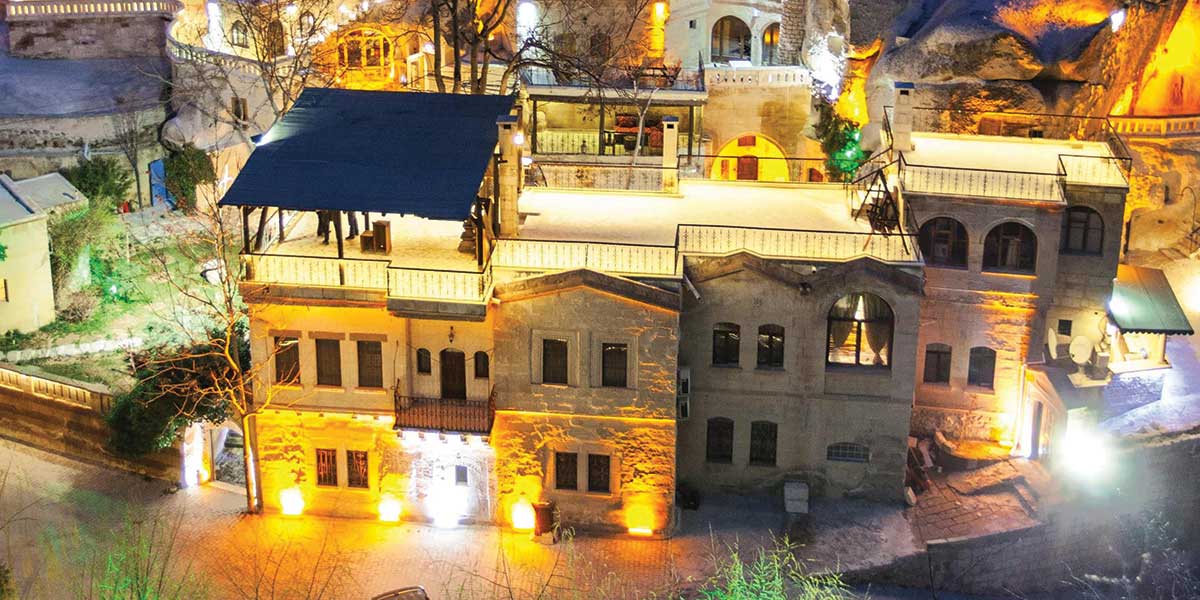 Cappadocia is renowned for the secrets of winemaking, which dates to the Hittite Empire. It is said that several 5.000-year-old artifacts for harvesting and making wine have been found in the vicinity of the city.

Experts discovered that more than 20 of the 846 legal code articles of the Hittite kingdom (17th century B.C. – 12th century B.C.) referred to wine, the main reason why they consider that era as one that established quality standards, in addition to its first formal designations: Spiced, aged, young or red.

Its unique microclimate, high altitude, hot days and cool nights, volcanic soils and cave architecture are some of the advantages that allow the production of fresh wines.

Today, Turkey is experiencing a wine boom so far in the 21st century, attributed to the increase in tourism in general, wine tourism in particular, the high demand for domestic consumption, a considerable improvement in the quality of the beverage and de abolition of the import ban.

Kemal Atatürk, father of the Turks

Mustafa Kemal Atatürk is recognized as “founder of modern Turkey” after restoring Turkish pride to a “demoralized nation” by World War I, a time when the Ottoman Empire lost a large part of its territory and wanted to be conquered by European powers.

Prior to 1923, the Muslim Ottoman kingdom prohibited – except for minorities of Christians –

the production and consumption of wine. It was not until Atatürk rose as leader and gave Turkey a new name that the wine industry was restarted.

He had state wineries built during the 1920s, with the aim of convincing the Turkish people of the benefits of wine, this 20th century event is known as the origins of viticulture.

Since then, in Cappadocia, the quality of production has been increasing. Today, it is made from grapes known in Byzantine times, some of which are considered the oldest on Earth:

Each of the bottles are accompanied with other products of the region, such as cheese, olive or fruit.

Wine in Turkey is made from the oldest grapes on Earth. 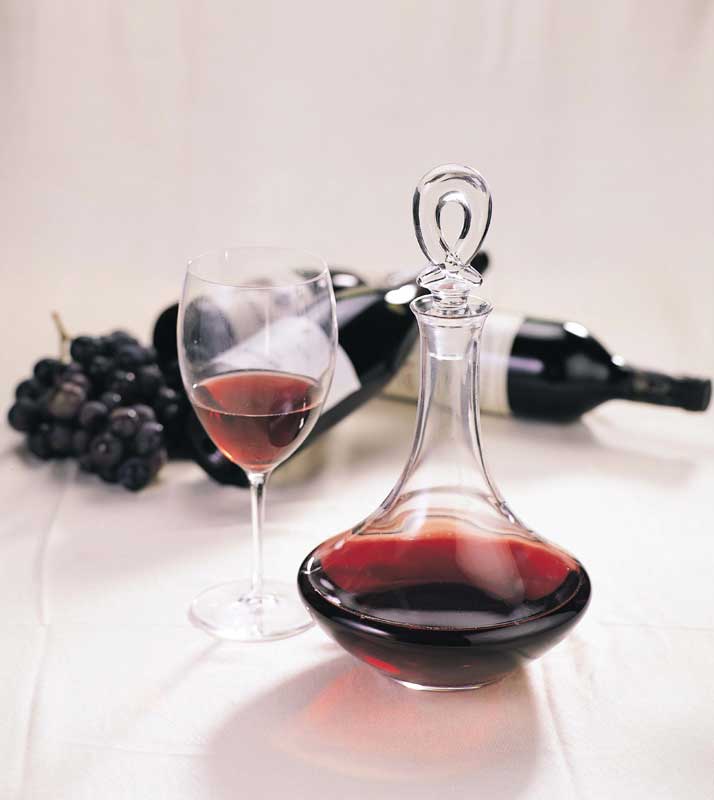 Wine in Turkey is made from the oldest grapes on Earth.

The city and district of Ürgüp is considered the wine capital of Cappadocia, which throughout its history has had different names: from Osian, Hagios Prokopios in the time of the Byzantine Empire; Bashisar during the Seljuk period; Burgat Kaalesi in the Ottoman Empire; to the current name that was given to it after the foundation of the Republic of Turkey in 1923.

Today, it is one of the most important tourist centers of Central Anatolia and is located at the entrance of the Goreme Valley. The Red Valley (Kizilcukur Vadisi) and the Pink Valley (Güllüdere Vadisi) are located 6 km away, their names are inspired by the color of the rock formations that change in intensity and degree of tonality as the hours go by.

For the most part, it is an arid environment that is interrupted by the area’s green vineyards and plantations of apricots, plums, apples and cherries. 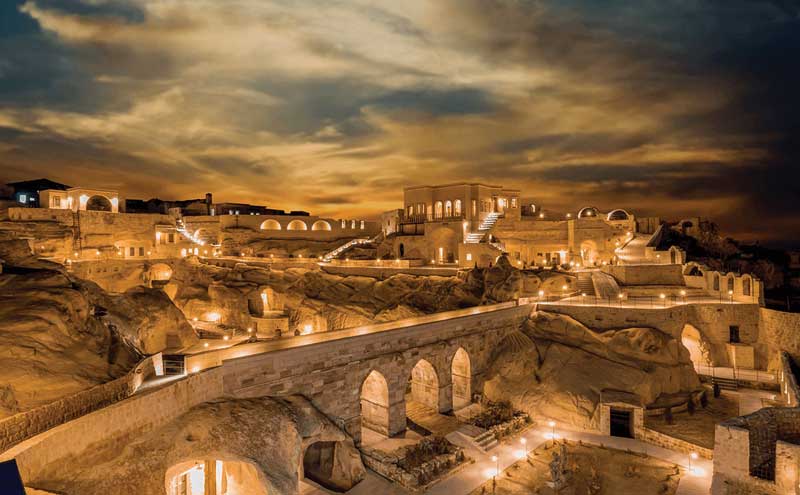 Cappadocia attracted the attention of Europe and the world in the 1930s and 1940s, after Guillaume de Jerphanion – Jesuit, French geographer and archeologist – published his work dedicated to the churches of the Turkish region.

As a result, Cappadocia faced a tourist explosion that earned it a place on UNESCO’s list of World Heritage Sites in 1985. Today, it is visited by more than 2.5 million international tourists per year.

Turasan wines have been widely awarded around the world. 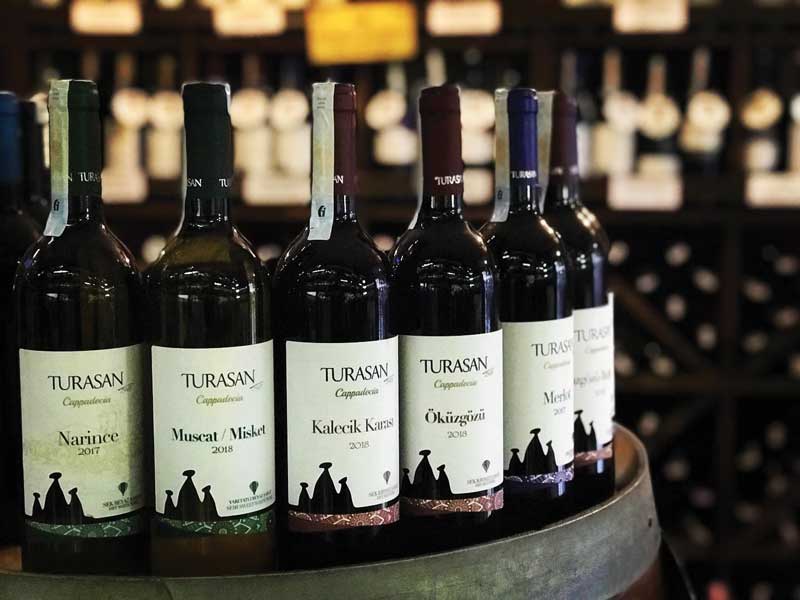 Turasan wines have been widely awarded around the world.

One of the main tourist services offered is the oenological one, with important houses such as:

The Argos Hotel, in the Uchisar district of Goreme National Park, was built in the ruins of Christian monastery carved in stone. Its main feature, its cellar, a series of vaults dating back a thousand years.