From today, whisky lovers will get the chance to own the ‘lifetime’ of one of Scotland’s most iconic whiskies, with the jewel in the crown being a £13,000 bottle of 70 year old Scotch.

Whiskey specialist Gordon & MacPhail will unveil one cask of The Glenlivet 70 Years Old, one of the world’s oldest whiskies, at a ceremony in Edinburgh Castle. Described as a “stupendous”, “smooth” and “voluptuous” single malt, and released under G&M’s Generations label, only 100 full-size bottles of this exclusive whisky will be available to buy in 2011.

To make these exclusive purchase extra-special, enthusiasts will also be able to buy a limited edition set, the “Private Collection:  Glenlivet Decades.”  This set contains a bottle from every decade from the 1950s to 1990s, giving collectors the rare opportunity to own the ‘liquid lifetime’ of the malt. 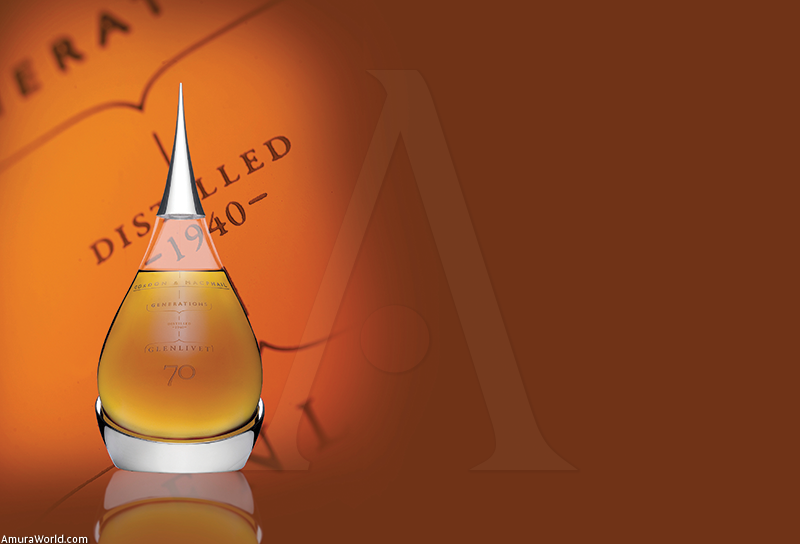 The whiskies will be revealed to an audience of invited guests at a 1940s-themed ceremony at the historic location of Edinburgh Castle.

Each bottle will be beautifully presented in a tear-shaped hand-blown crystal decanter with an elegant British Hallmarked silver stopper. The decanter nestles in a sterling silver base and is framed in a handmade box, crafted in Scotland using Scottish Elm.