A guide to delight in Qatar 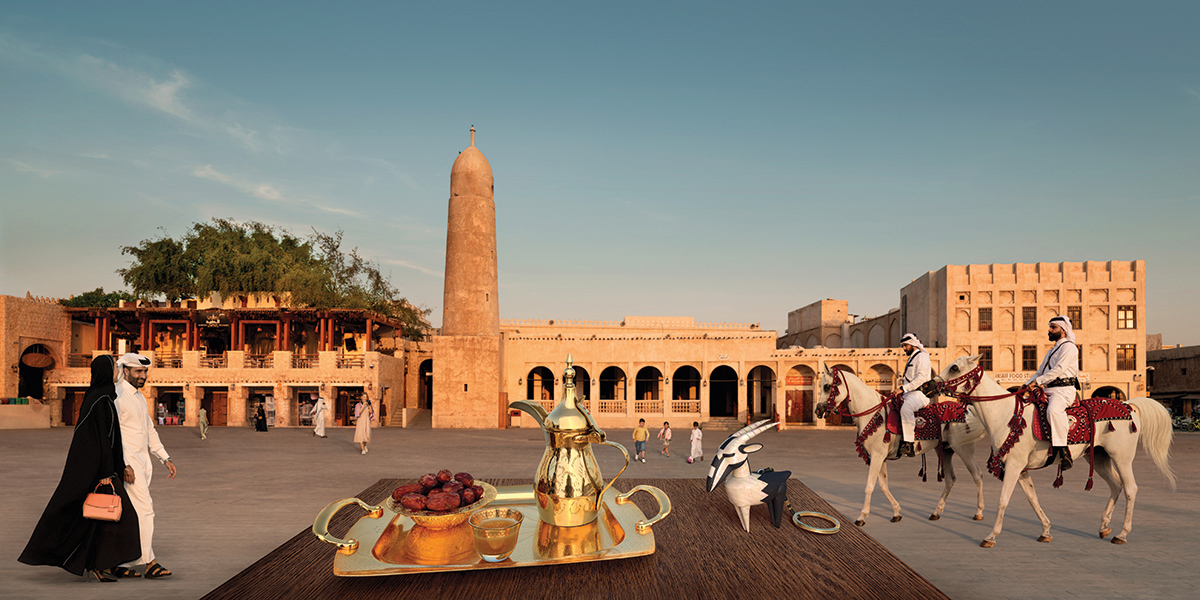 The intrigue about alcohol consumption in Qatar is a much talked about topic in international events that benefit tourism in this Islamic state with more than one million inhabitants. In this Arab country, the guide to enjoy alcoholic beverages is summarized, therefore exclusive, and in Amura we provide you with the legally permitted places.

The intrigue about alcohol consumption in Qatar is a much talked about topic in international events that benefit tourism in this Islamic state with more than one million inhabitants. In this Arab country, the guide to enjoy alcoholic beverages is summarized, therefore exclusive, and in Amura we provide you with the legally permitted places.

Today in Qatar, just over 45% of the inhabitants practice Islam; however, until the 1970s, the entire population was governed by this religion. In this peninsula located on the western coast of the Persian Gulf, the legislative framework is subject to the Shari'a – the Islamic legal system – which imposes strong moral codes and prohibits the consumption of alcohol. Islamic values go-vern their lives.

There, in recent years, the Islamic cult has been competing with other religions, such as Hinduism and Christianity; meanwhile, the Shari'a has been modified in line with the changes demanded by modernization, and restrictions on the consumption of alcoholic beverages are no longer excessively strict, at least in this country, where it is permitted to enjoy them in certain hotels, bars or private clubs, as long as, when leaving the place, the driver is sober. Being drunk on public roads is considered a crime.

The following guide lists hotels and bars where nightlife is combined with limited drinking options in places that enjoy a view of the wide sea or the most touristic streets of Doha, the capital city.

On the Malaz Bay, The Pearl Doha is home to the Marsa Malaz Kempinski Hotel, where there are seven dining options. At The Secret Garden, a bar with a stunning view of the city, there are nights with music for socializing and signature drinks. Saturdays from 5 p.m. to 8 p.m. offer the Liquid Brunch promotion, which for $69 per person allows you to sample tasty bites and bottomless sips; while Tuesday's promotion is aimed at hoteliers and crews working on the yachts anchored there; cocktails are half price from 9 p.m. to 11:30 p.m.

The Belgian Cafe at the Presidente InterContinental Doha Beach & Spa hotel has one of the most complete menus as far as Belgian dishes are concerned: tuna tartar, mussels (classic, Tagliatelle, Mediterranean, masala style with onion, chili and cumin), cuts of meat and lamb. And the most eyebrow-raising item is the beverage menu, which includes a list of classic Belgian beers such as Duvel and Chimay, as well as fruity beers; the wine list includes various labels from Italy, France, Spain, Argentina, Chile and the United States.

There is also a choice of distillates such as whiskey and bourbon, and in the list of cocktails, the most classic ones such as piña coladas, bloody mary and margaritas can be tasted. The atmosphere is casual, with a discreet design with wooden chairs and live music (or with guest DJ's) between 7 p.m. and 11 p.m. On various days of the week, it seduces any tourist and traveler, especially if you occupy a terrace overlooking the ocean. 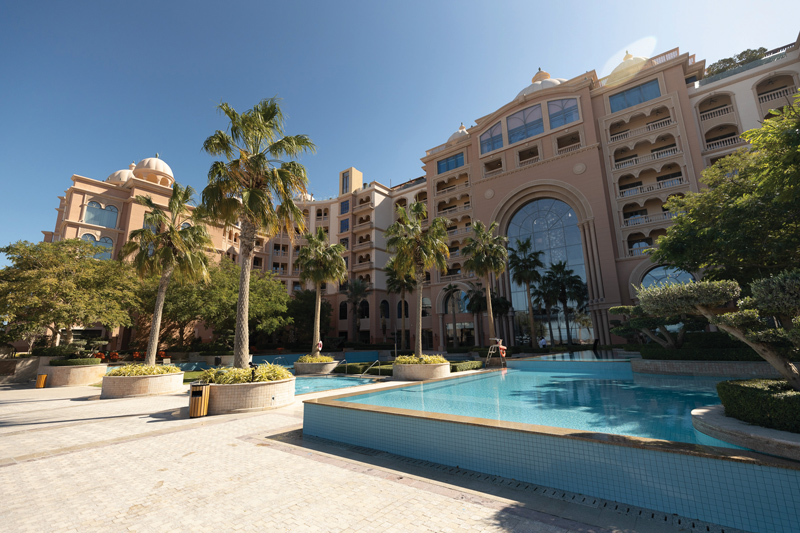 In addition to bird watching and cider trees (endemic to Qatar), gastronomic festivals and sporting events are held in Al Bidda Park. For this reason, specific areas are planned for the tasting of alcoholic beverages, especially during the FIFA World Cup Qatar 2022, which will be held from November 21st to December 18th; there will be set up some camps where liquor will be sold.

Another venue that will also be available for post-soccer fun and drinks will be Souq Waqif Park. This area encompasses one of the most visited souks or markets in Doha, where several must-visit restaurants are located, such as Bandar Aden, which although its menu does not include alcoholic beverages, offers typical Yemeni dishes, stews accompanied by bread, cooked in black stone pots called madara.

This authentic Yemeni food, which is part of the culture of the ancient people of Yemen, invites you to enjoy it as tradition dictates, sitting on the floor. Here is also the Royal Tandoor restaurant with plenty of Indian food specialties, where you can apparently order a couple of glasses to accompany an ouzi, whole Indian lamb, served on a bed of aromatic rice with saffron; The Royal Shrimps Tikka, which are fried smoked marinated smoked prawns baked in a clay pot, or how about a Ramadan Mubarak, a family buffet to savor copious dishes in the company of friends, and say goodbye with a long after-dinner meal in this lavish and multicultural city. 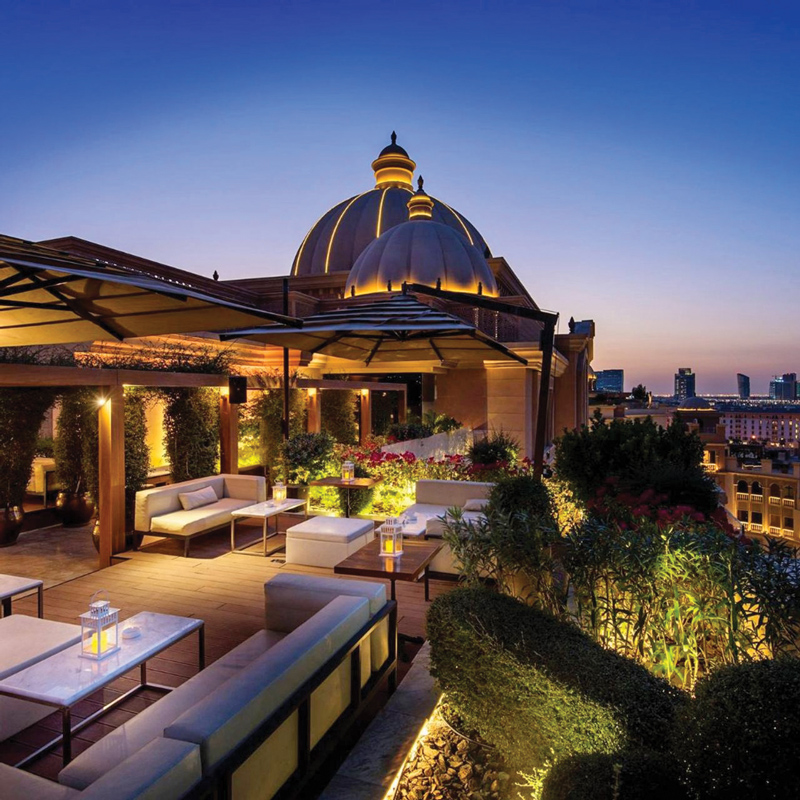 The Secret Garden in Marsa Malaz The Pearl, Doha. 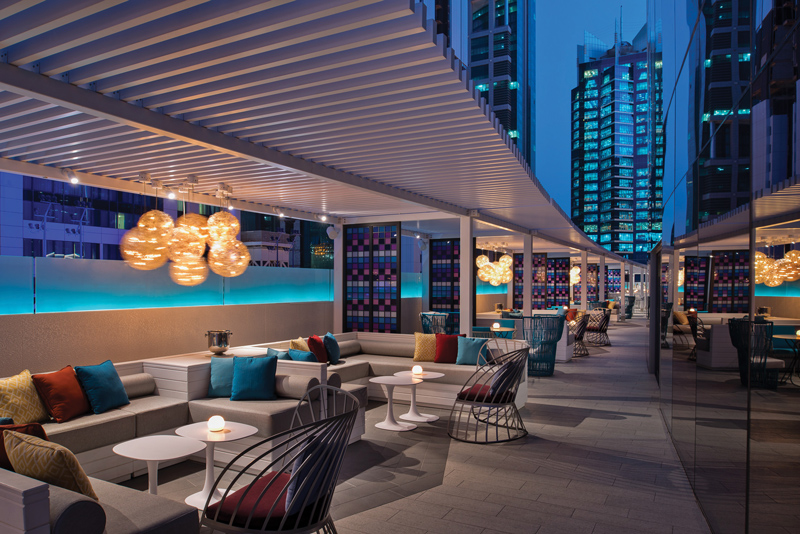 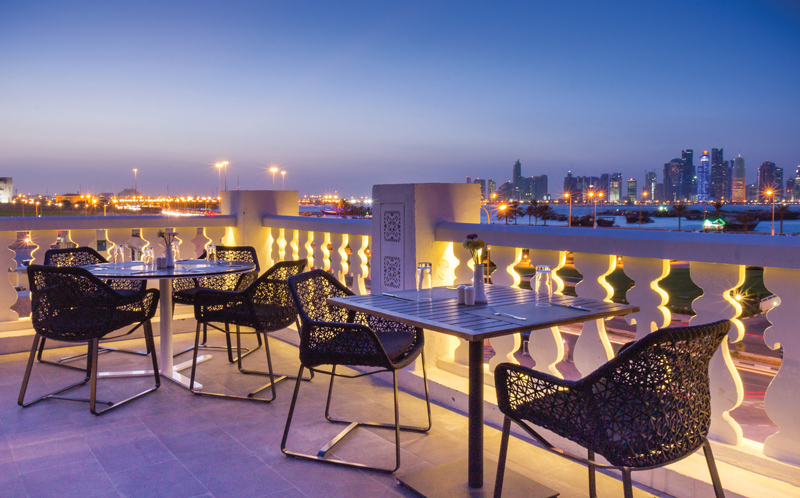