Latest news from the Michelin Guide 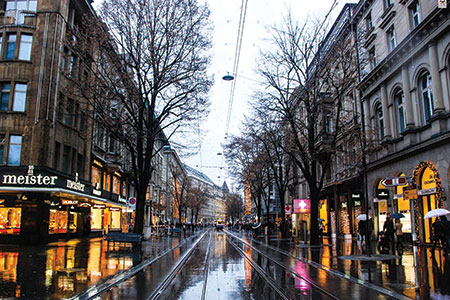 Michelin inspectors have given Switzerland a new three-starred restaurant, bestowing their highest honor on Le Cheval Blanc in Basel.

Located in the Grand Hotel Les Trois Rois, the restaurant helmed by chef Peter Knogl was given its third star in the 2016 edition of the Michelin Guide to Switzerland.

“From a classic basis, Peter Knogl has developed a real personality that is brilliantly reflected in his cuisine,” said Michelin’s international director Michael Ellis in a statement. “His refined, gourmet dishes have subtle aromas that offer a burst of flavor and a unique richness. A meal at Le Cheval Blanc is a unique experience, worth the trip.”

The guide also expanded the Bib Gourmand section — good value eats — to 119, up 18 from last year.