The magical world of Maurice Ravel

Even after 100 hundred years have passed since his birth, Maurice Ravel continues to be considered one of the great innovators of musical expression. His works with their sound and brilliance appeal both to audiences and great musicians.

Maurice Ravel was born on March 7th, 1875 in the seacoast town of Cibourne, France, close to the Pyrenees Mountains, and when the family moved to Paris shortly after his birth, some of the Basque folksongs of the region moved with them. The Basque influence is plainly to be felt in much of Ravel’s writing, especially the comic opera L’Heure espagnole (The Spanish Hour) and the Rapsodie Espagnole for orchestra.

In 1899, he produced a piece with authentic spanish tinting, the irrisistable Pavane pour une Infante Defunté (Pavane for a Dead Infanta). This youthful composition was liked by all, except the composer who thought it was incomplete and timid. Originally written for piano solo, it is better known in its transcription for orchestra. Here we have a delicate horn solo terribly difficult to perform. Little is known concerning the works title. There is no program for the Pavane except for the typical rhythm of the pavane, a dance from the XVI century from Italy and popular in Spain, where it was danced during certain ceremonies. Surely the composer took his secret to tomb, because it is the only explanation for the languid and sensual treatment of one of the most glorious melodies ever written. When the boy was 12, his father placed him in the Conservatoire. He had not been a child wonder nor displayed any indecent enthusiasm for music, nevertheless he made rapid progress under such teachers as Gedalge, de Beriot and Fauré. 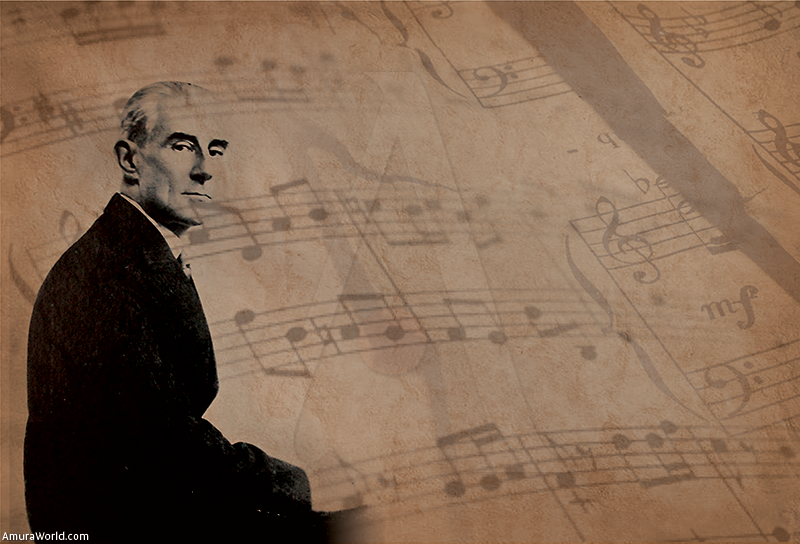 His radical leanings toward harmonic combinations not in the textbooks kept him from winning the first Prix de Rome, though the judges could not withold the second prize. He tried again and again, until his elimination from the preliminaries after his third attempt roused such indignation that De Beriot, the Director of the Conservatoire was forced to resign. By this time, the young composer had written the glittering Jeux d’Eau (The fountain) and the Pavane pour une infante defunté (Pavane for a Dead Infanta), both for piano, as well as a number of songs with orchestra. He had won his musical spurs without question, or so one would think. But he was presented with even a single spur only several years later. Then, works for piano such as Miroirs and Gaspard de la Nuit, for orchestra such as Mere L’oye (Mother Goose Suite), described as “lace-work with exquisite thoughts” and Le Tombeau de Couperin (The Tomb of Couperin) brought him recognition. Serge Diaghileff comissioned a ballet, Daphnis et Chloé, which was performed in 1912. The premiere was in 1912 with the Ballets Russes, the finest ballet company worldwide. This gorgeously orchestrated piece displays Ravels poetic imagination at its height. It is highly effective music, even without dancers.

The first performance was far from being a success. A fight broke out between those who liked the music and those who hated it. Fokine’s choreography is based on an old Grecian legend in which the love of Daphnis and Chloé is celebrated. Nowadays it is a popular concert piece with virtuoso orchestras. 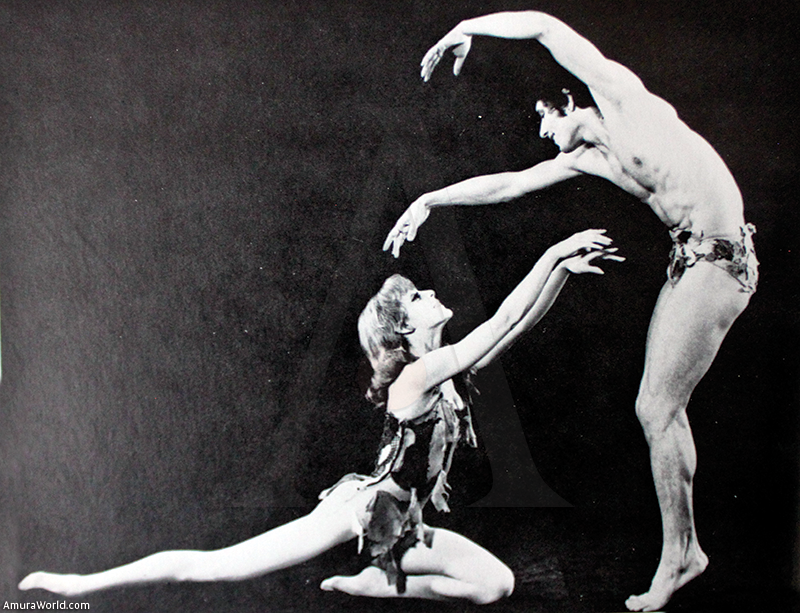 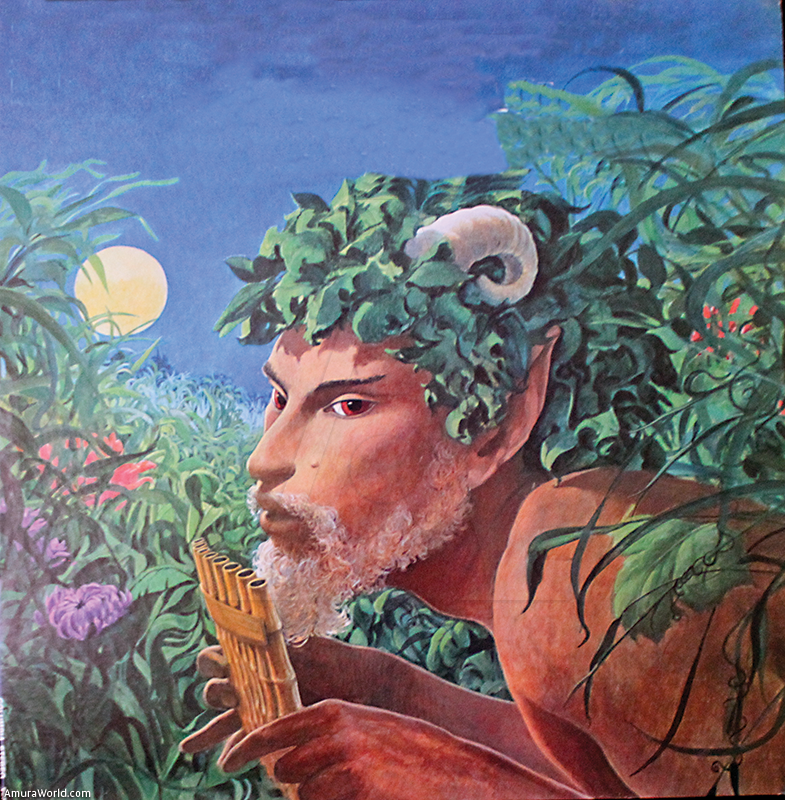 The composer patriotically interrupted his career to drive an ambulance during the First World War. He went in, a high spirited, adventurous young man. He came back, after a few months, his hair streaked with grey, his outlook sobered and his nerves in such a state that he was obliged to take a rest-cure.

The Concerto for the Left Hand was ample proof of the artistic capacity of Ravel.  He desired to pay tribute to the famnous austrian pianist Paul Wittgenstein, that had lost his right arm in combat. All pointed towards tragedy because apparently the career of this pianist was finished. Nevertheless, Wittgenstein proved to be brave and would not accept defeat. He addressed several composers requesting works for the left hand only. We must add that Wittgenstein was a fine pianist, well known in concert circles.

These facts impressed Ravel who decided to accept the challenge. He had a singular personality liking unusual situations and experimentation. At that moment, he was under the influence of jazz and the Concerto has touches that come from his visits to Harlem and Greenwich Village in New York.

Although the Concerto has only one movement, three sections are clearly etched out and easy to identify. The orchestra prepares the ground within a certain mystery and a true musical wave of sound, then the piano enters with enormous force and starts its dialogue with the orchestra. After an Andante, where the piano flirts with the english horn, a moment of catching our breath arrives followed by a tarantela that opens the final cadenza, which shows no mercy for the soloist. The work ends brilliantly.

The Concerto for the Left Hand is truly, a spectacular tour-de-force. It was Ravel’s last masterpiece. Written between 1930 and 1931, premiered in Vienna in january of 1932, with Wittgenstein at the piano and Ravel on the podium, it was a sensation. A year later, it was taken to Paris. Here, the french rediscovered the indomitable courage and the capability to defeat tragedy and resurge victoriously.

Ravel is compared frequently to Debussy, but the likeness is too superficial in order to be taken seriously. Both are truly Impressionist musicians, but each took his road individually. Some critics continue to think that Ravel is a “Café musician”, ugly music, horrible modernism. And this is always true with novelty in thinking who must encounter misunderstanding, hostility from critics and public alike.

Let’s make some notes on the famous Bolero, probably the most performed piece in classical music. Ravel himself was surprised by the success, for he usually wrote for smaller audiences, and now had a massive hit. Bolero was played in concert halls, on the radio, on recordings and on jukeboxes, so he became the most admired composer in France. After he resumed work, a ballet for Ida Rubinstein, was created and Bolero, brought him to world renown. The scene is a tavern in Spain where a dancer is alone in the middle of a large round table surrounded by a group watching the spectacle. The dance includes castanets, but only on the stage. The audience listens paying great attention but little by little the music takes hold of them. They end up captivated in a collective frenzy. 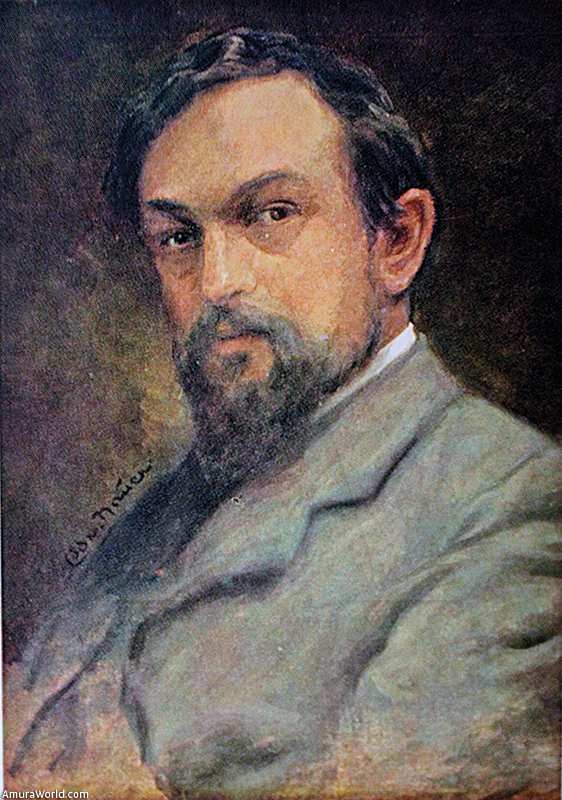 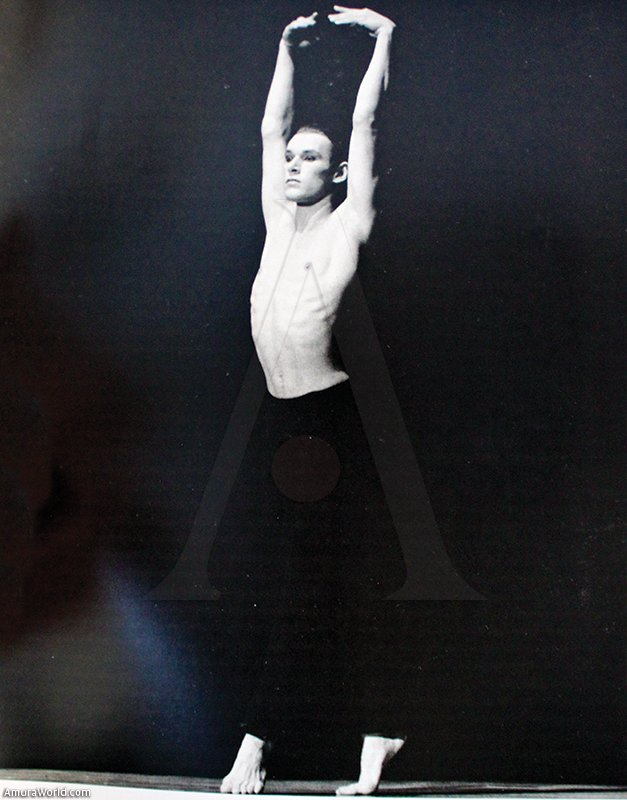 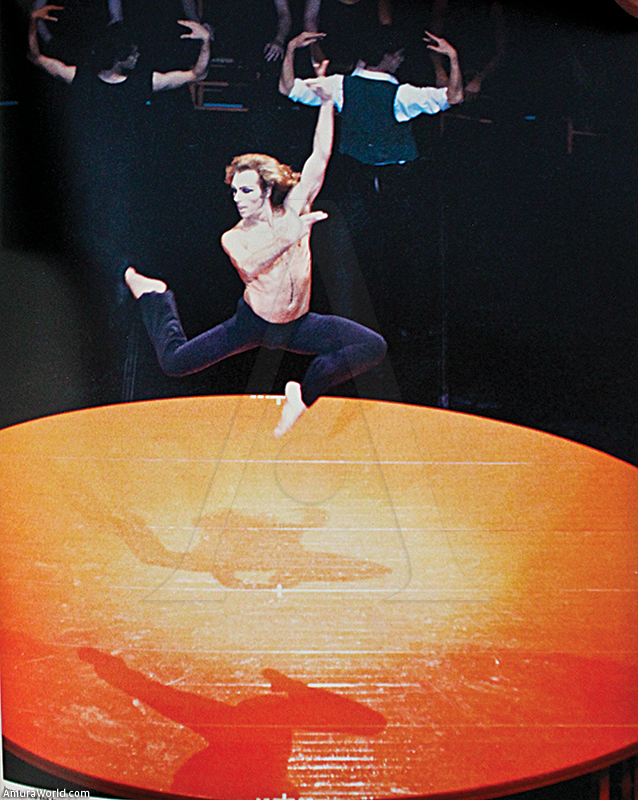 The music offers a languid theme that receives an insistent and constant backing by the snare drum. Two melodies are repited, over and over, but in a special way, because there is variety and developement thanks to the colorful orchestration. The effect of Bolero, heard for the first time is devastating. Rhythm is contagious and takes hold of the audience. In 1923, conductor Serge Koussevitzky asked Ravel to orchestrate Pictures at an Exhibition by the Russian composer Modest Mussorgsky. As a piano work it is magnificent, but Ravel had proven what could be obtained with an orchestra. Thanks to the inspiration of Moussorgsky it took a new dimensión. The Russian composer was unkempt in his writing, although his genius was such that he arrived to places never explored before in music. For the first time, Mussorgsky exhibits the psychology of certain human situations. Ravel took full advantage of these aspects and joined creative forces to produce magnificent results.

Like Debussy, Ravel remained in France as much and traveled as Little as posible. He was a bachelor which was just as well, since his passion for collecting curios and cats would probably have driven a wife insane. Ravel loved children and enjoyed their company. He would spend hours playing with Little Jean and Mimie Gobetzki. To them he dedicated the enchanting Mother Goose Suite, where five pieces for the Young bring a charming world of fantasies to life.

It was Written in 1908 at La Grangette (Little barn) in the Province of Valvine, The editor Jacques Durand was also there watching Ravel at play with the children. Ravel prepared a new composition every day and they played it at the piano with four hands. All was fun. Nevertheless Drand took it seriously and convinced Ravel to do the same. Soon the Gobetzki children played the work at its premiere. From that moment on, Ravel insisted that only young-sters should play this composition. Later on  Paris heard the work with two small girls, one was six, the other ten.

Afterwards Ravel orchestrated the Suite which was turned into a ballet. The orchestral version became popular right away and Young pianists continued to love playing it.  The sections of the orchestral Suite are: Pavane of the Sleeping Beauty, Tom Thumb, Laideronnette, Empress of the Pagodas, The Conversations of Beauty and the Beast and The Enchanted Garden. This is music that requires no explanation and captivates all who hear it.

In 1932 Ravel had an automobile accident that precipitated a nervous breakdown from which he never recovered. His thoughts were lucid, but his memory was gone and so too, was his creative power. He remained quietly in his villa at Montfort L’Amaury, near Paris and died in 1937. 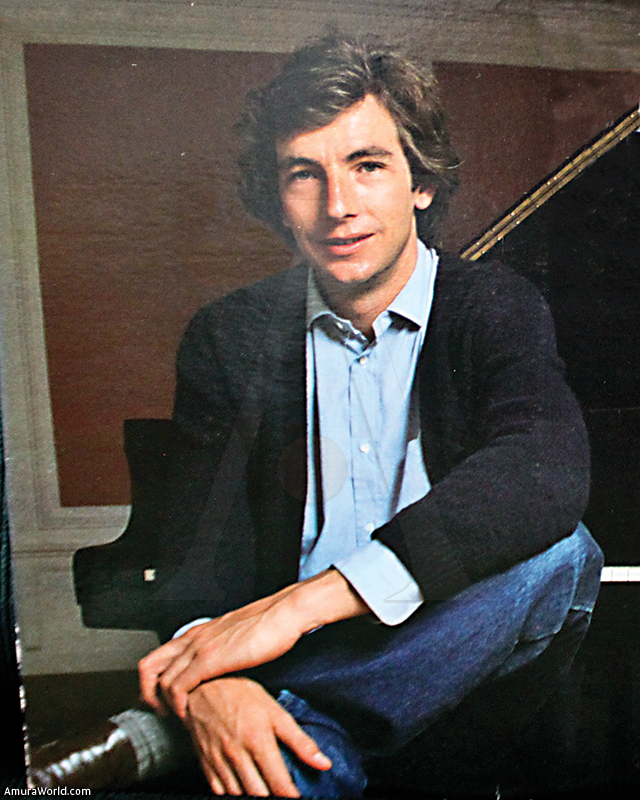 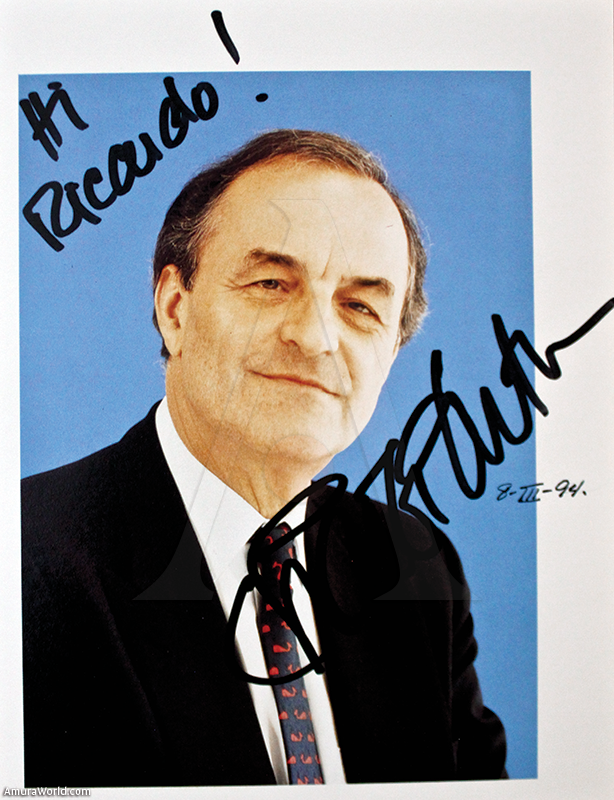 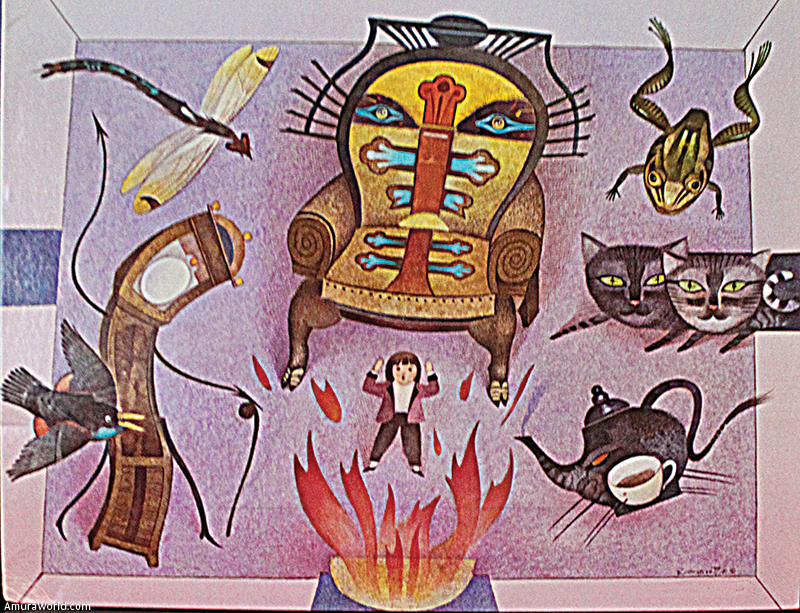