The Enigma of the Gaze

The “Modigliani and his time” exhibition emerges as a joint Project between the Thyssen-Bornemisza and the Fundación Caja Museum in Madrid. At both venues, the exhibition brings together a total of 126 works, as well as 40 photographic enlargements of original works of the time. The novelty of this ambitious project is to provide for the first time the opportunity to be able to analyze the work of Amedeo Modigliani, an Italia artist who lived in Paris, in direct dialogue both with the great masters who influenced him – Cezanne, Picasso, Brancusi- as his close friends fromMontparnasse:Marc Chagall, Jaques Lipchitz, Chaïm Soutine, Moïse Kisling and Tsugouharu Foujita, among others.

The exhibition closes with a hall dedicated to the photographs of Modigliani and of those who surrounded him, together with images of the places where he lived and worked, as he was one of the legendary figures of art of the 20th century.

The works collected in this exhibition come from various private and museums’ and institutions’ collections. So, the exhibition brings together works from the National Gallery of Art in Washington, the Tate in London, the MoMA in New York, the Association des Amis du Petit Palais in Geneva, the Staatsgalerie Stuttgart, the Guggenheim in New York, as well as from several private collections. 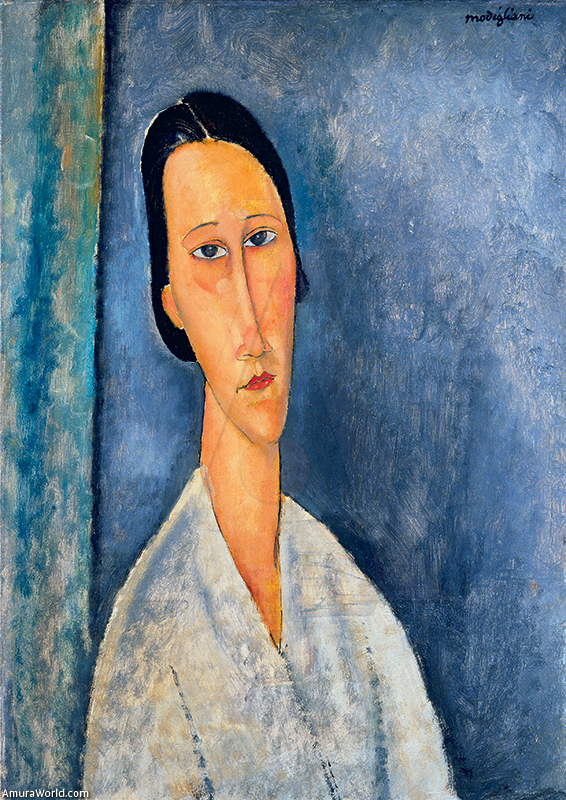 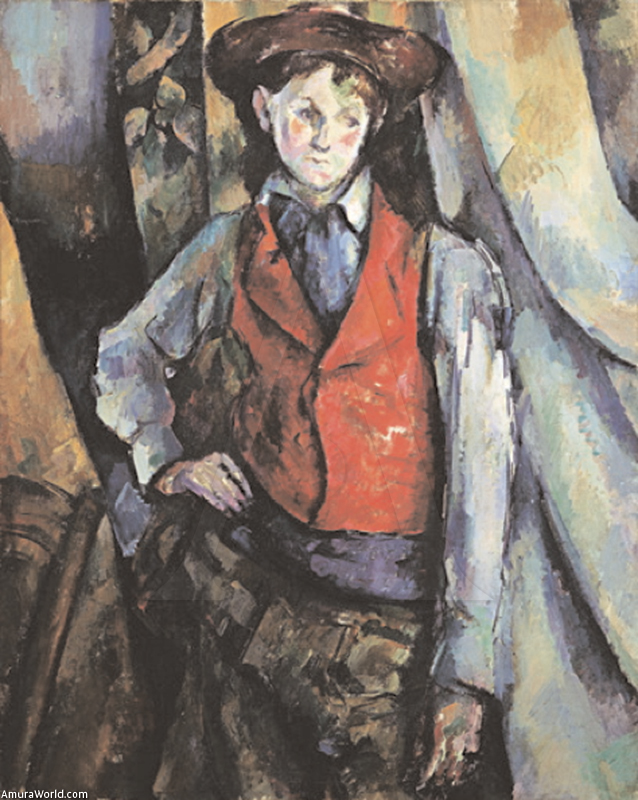 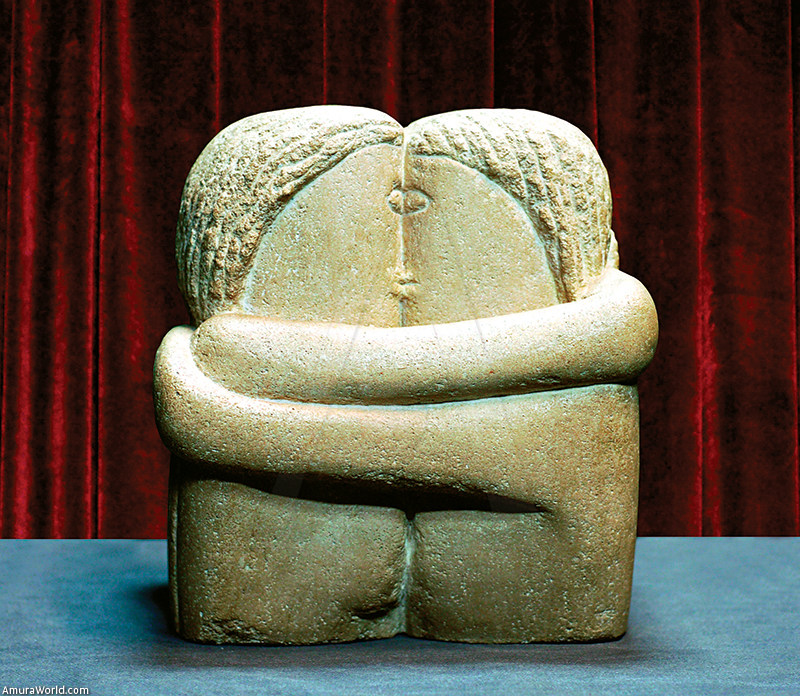 AmedeoModigliani was born in the Italian city of Liorna in 1884 into the bosom of a bourgeois Jewish family. There has probably not been any other pioneering artist so laden with legends and clichés that idealize themyth of the bohemian and free-spirited artist. His portraits and nudes are among the most popular of hte 20th century. He died at 35 years of age consumed by tuberculosis. The next day his fiancée took her own life by jump ing from the window of her parents’ fifth.-floor apartment. Jeanne Hébuterne was in the last months of pregnancy and left their small daughter an orphan.

In 1906, hemoved to Paris to be in contactwith the pioneers. His early work is influenced by Fauvismand Cubismand later his influenceswould come fromCezanne, Brancusi, African art and from his own incursion into stone sculpture; but although it participated tangentially in the leading edge, his work has a unique character that prevents any –ism from being attached to it. Perhaps for this, his work began share the particular qualities of his style: the elongation of the stiff figure, mainly the long necks and the slightly inclined heads.

Modigliani is a painter of small and asymmetrical eyes, sometimes empty, sometimes colored behind, sometimes looking at us, sometimes acting as pivots for those that escape the life of the sitters. The lengthened noses and the diminutive, half-openmouths radiate an air of solitude. 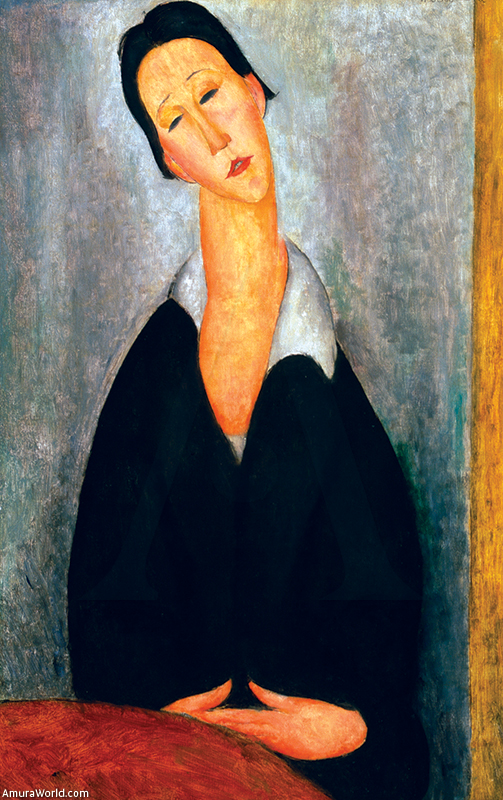 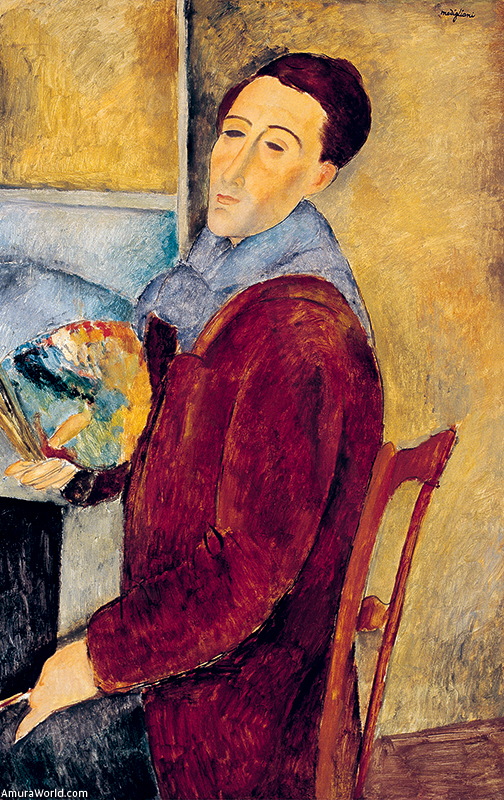 There is something in Modigliani the portrait painter that is not shared by his contemporaries. I think for example, in the Expressionist portraits, from another latitude but during the same period.

I think of Emil Nolde, of Kirchner, of how the weak charactersmake reference to an outpouring of life; the portraits look like socks devoid of content. This is not sowithModigliani, he simplymakes his portraits appear as scenes of dead nature, without a before or after, without life and without death. It is no about existential overflow; it is more about life as amask.

It is clear that in the ideal of beauty he pursues through his work, delay, suspended time and the feeling of waiting coincide. His characters, above all, the women, are immersed in an atmosphere that suspends them on the edge of ‘not being’, as if a mask re-dressed them from the same level zero from which the background was constructed. I refer to the level zero of life of the objects themselves: the doors and the background decorations.

Modigliani paintedthe most beautiful portraits that anyone could paint, but also most indifferent, most untroubled. If his characters figure as dead nature, it is because in their permanence they begin to show signs of an introspection of life, of the delayed mask left to them by life. We do not know if they are subjects or objects, the sitters pose box-like, statue-like, stone and soft.

Although he only dedicated himself to sculpture for five years, the vocation never left him. His painting has sculptural and drawing more than pictorial qualities, which we can see in themanyCariátides that he drew;we can even recognizeMatisse’s line in them.

Butwe return to the enigma of the gaze in his portraits.Modigliani paints the emptiness in the eyes, as would a sculptor. Are they empty, full, are they looking at us? His characters return our gaze to a void; as amirror in which one looks but does not find oneself. Sometimes we pass through as if they were transparent, sometimes they are impenetrable like solid material, but they never return our gaze. It is us who we do no see looking. 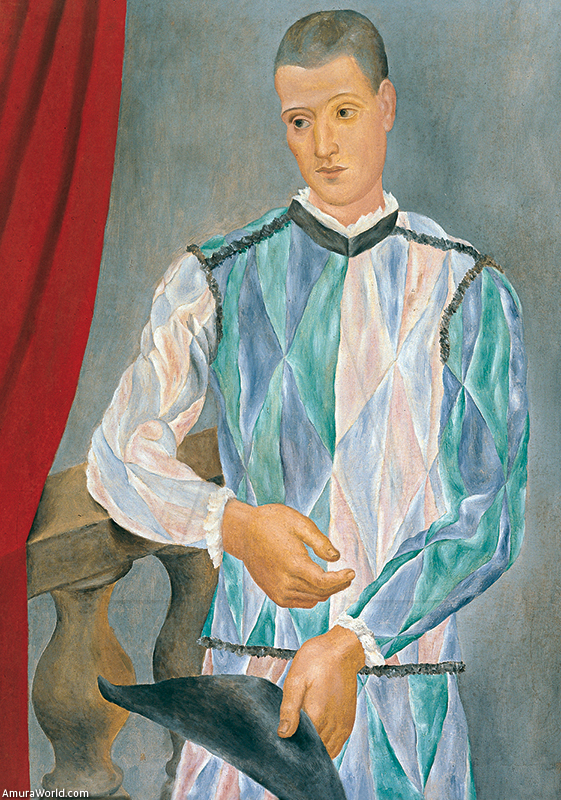 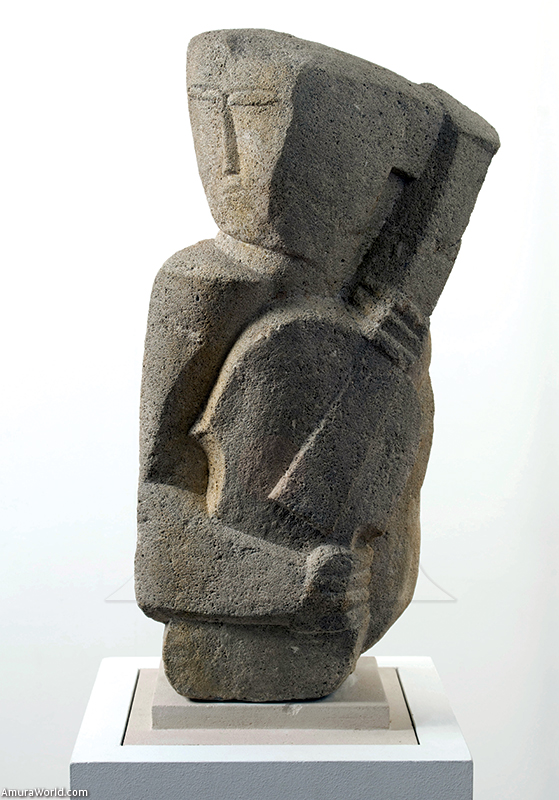