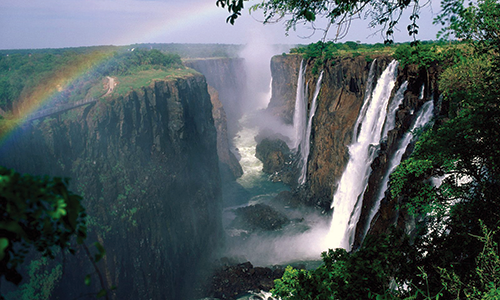 From Natural Art to Expressionism

The 40% of the world population inhabits Africa; a region with the lowest average age whose youth dimension, transforms it into the inception of another actuality; by carrying within its heritage the origin of human evolution. The African Continent is, of course, an indispensable part of the historical globalization process of economy; with its human workforce and materials the worldwide urban-industrial system was built, the same as the metropolitan centers, the cotton fields, the mining.

The African culture continues being active on the Fine Arts such as dance, music (classic, blues, jazz, rock) and singing with soul in popular choirs, the same as opera, sculpture, architecture and painting. 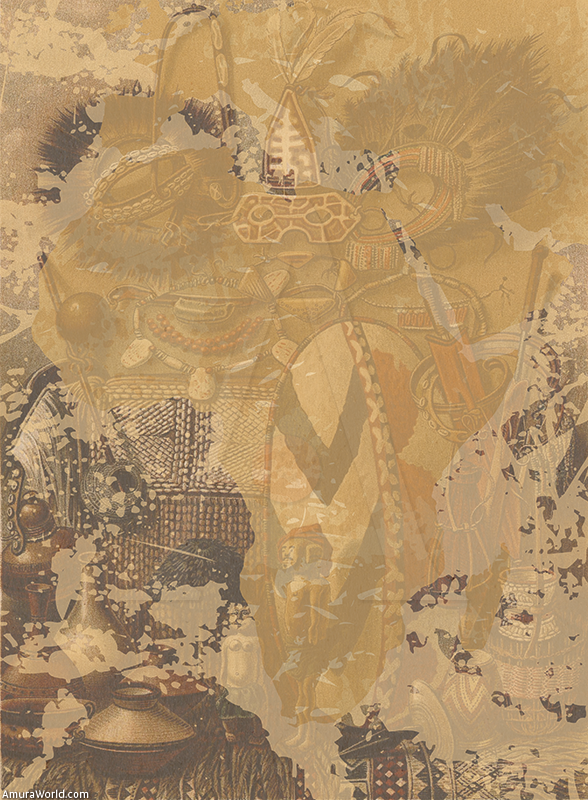 Being unique, the African ecosystems are impossible to substitute; they are prehistory and history of the species, habitat of the richest variety of fauna and flora.

According with the World Economic Outlook (FMI, October, 2012), 10 out of the greatest 20 economies with growing potential up until 2017 are African countries: Angola, Nigeria, Ethiopia, Chad, Mozambique, Ruanda, Ghana, Congo, Zambia and Tanzania.

The African Continent is formed by 54 countries, (including South Sudan) whose cultural-linguistic diversity is formed by hundreds of peoples having common elements, even though it would be an error to generalize the ethnology or African cultures.

Africa has lost 64 million hectares of forest from the end of the twentieth until the twenty-first century; this means that fauna and flora habitats have been reduced; 6% of the mammal and reptile species live in South Africa. Due to deforestation, besides erosion, plants and bacteria for medical and nutritional uses have had economic losses of 5,000 million dollars because of bio-piracy only, together with the irremediable loss of ecosystems. 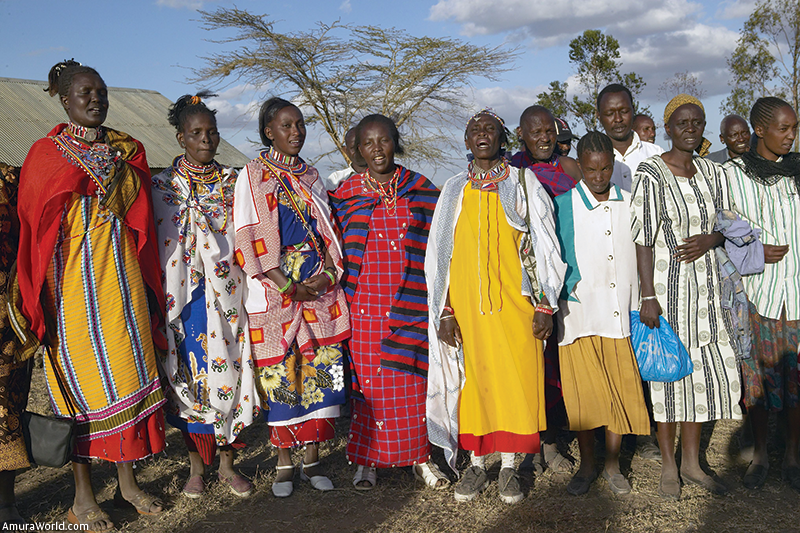 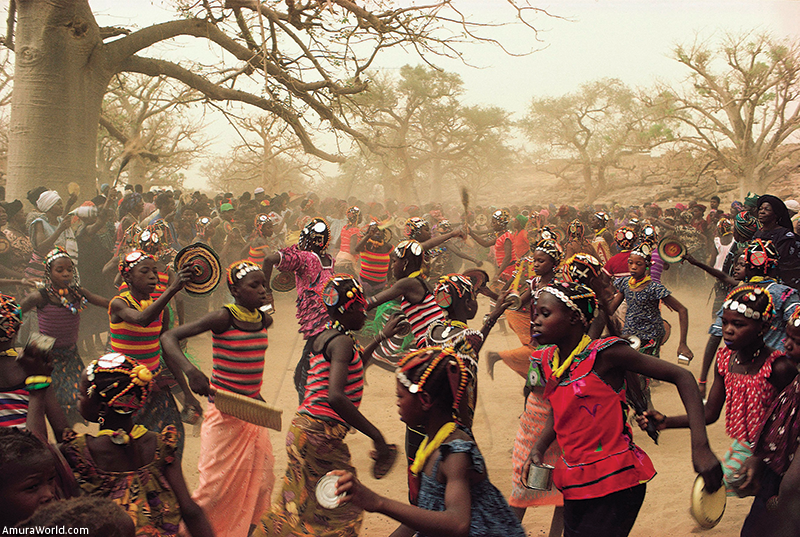 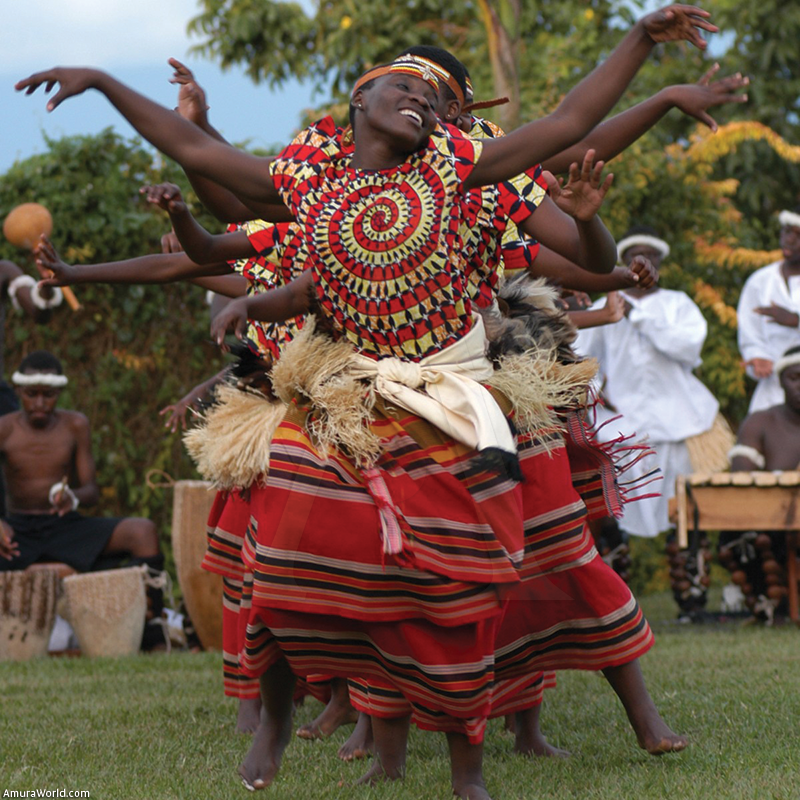 Diverse endemic and exotic fauna live in Madagascar, the African Island, such as the lemur, the radiated tortoise, the angonoka tortoise, the flat-tailed tortoise, and the spider tortoise. South Africa is habitat of 10% of known inventoried species of birds, fishes and plants in the planet.

In Sub-Saharan Africa, diamond deposits supply 60% of the worldwide produce, meaning revenue of about 150,000 million dollars (Africa keeps 10 %.) Coltan, tantalum and niobium are obtained in the region; the same as inputs for the electronic, aeronautic and telecommunication industries, in order to manufacture cell phone, lap top and iPod parts, and to manufacture turbines. Half the chrome and 75% of the platinum of the world are obtained from African mines; besides having vast reserves of oil and gold all around the world; 600 tons a year are obtained of the latter precious metal, a 25% of the worldwide production; being South Africa the country that produces 300 tons of it yearly, the greatest gold produce in the planet. Likewise, there exist copper, silver, zinc, manganese and uranium deposits. Moreover, 75% of the cocoa in the planet comes from this region.  (Esquila Misional, Nº 645, April 2009, pp. 25-30). 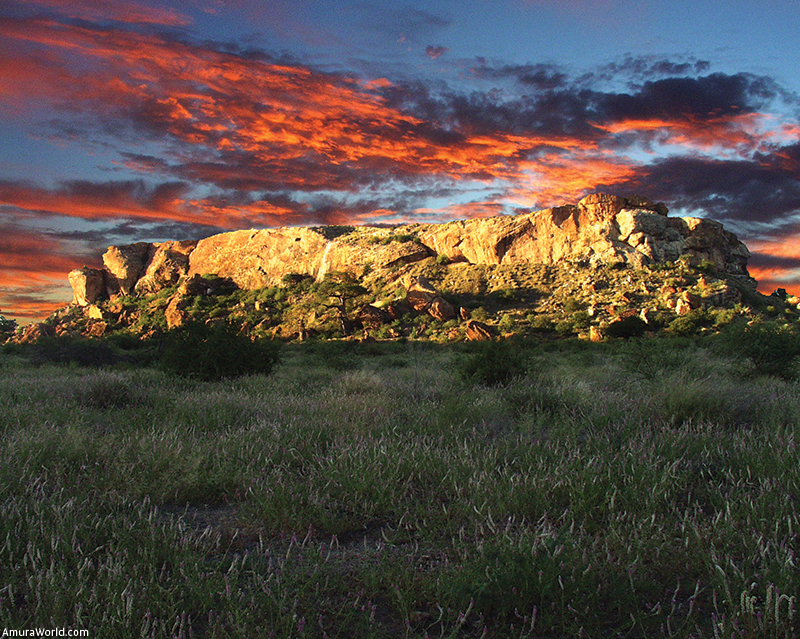 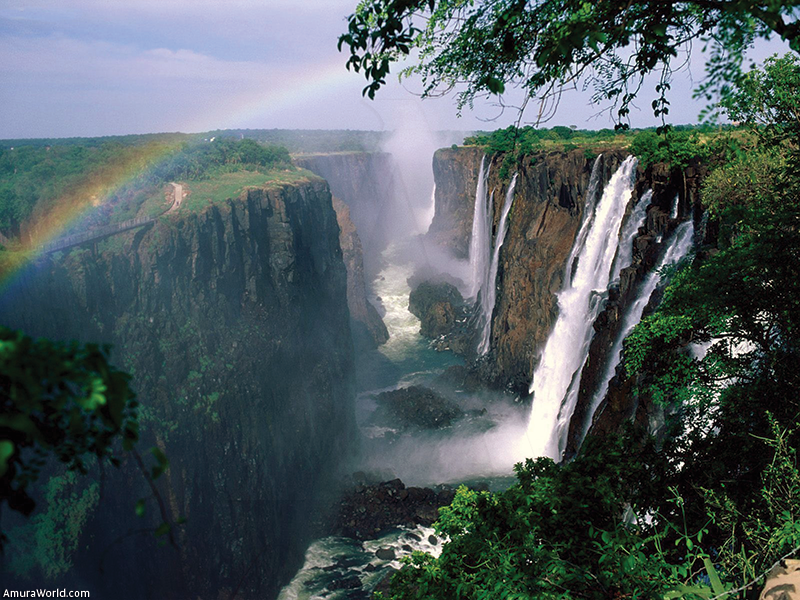 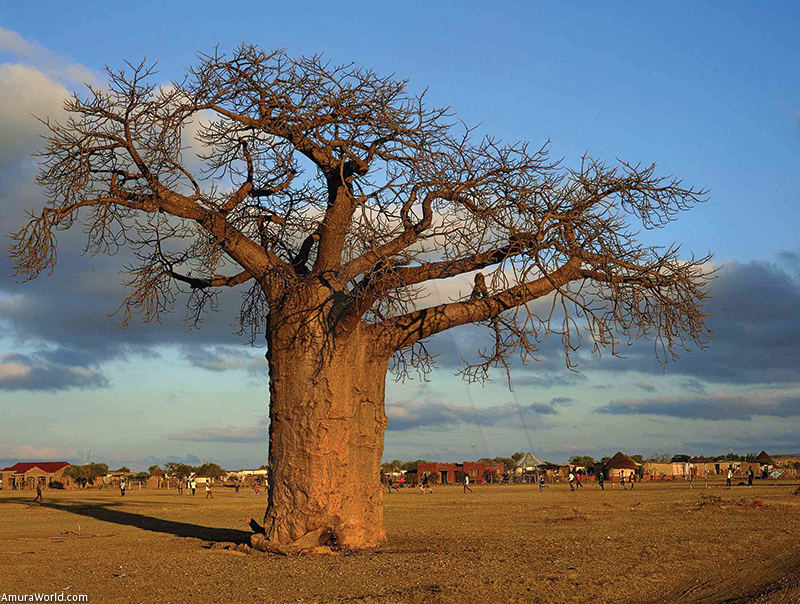 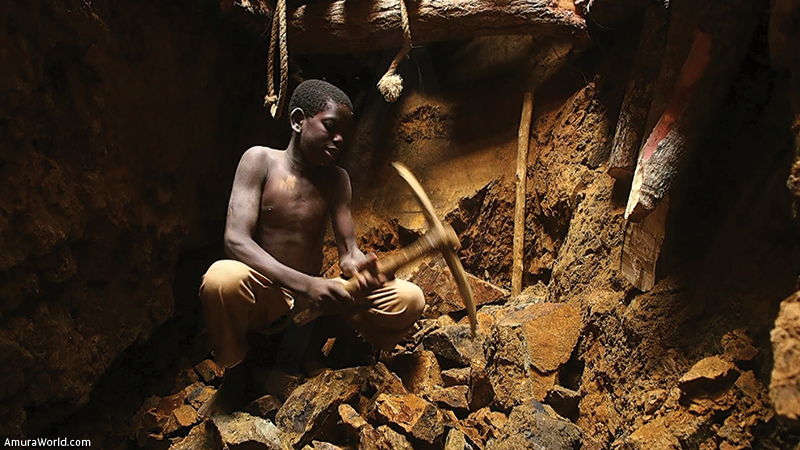 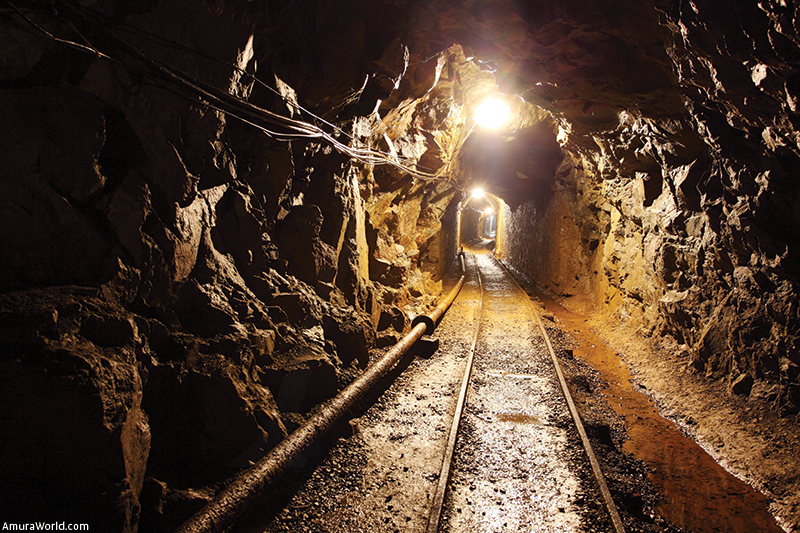 The Nature of Expression

Tsodilo, in the Klahari desert, Northeast of Botswana, near the frontier with Namibia, is a place of devotion inhabited by ancestral spirits, as told by the African cosmogony; because it is an active teaching of the skills to overcome a hostile environment. With solidified quartzite rocks formations, old sand dunes are raised towards the East and a fossil lake bottom towards the sunset.

About 4,500 cave paintings, dated approximately 100,000 years ago, symbolize this aesthetic mettle. They share the style with other works from the Humankind infancy, in technique, pigments and abstract geometric forms of a stylized human figure (similar to the ones we have in Mexico, in Baja California) and a great variety of fauna. This is the aesthetic melting pot that continues to be on the stamping of the garments, on the walls of the abodes and on the contemporary paintings; on the tridimensional creation of the wood and stone carving, and the modeling of ceramic and fabrics. 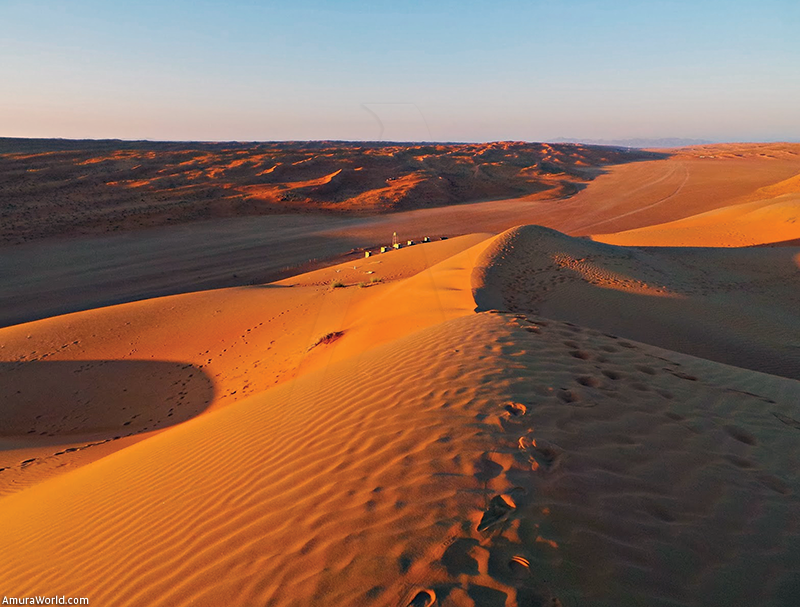 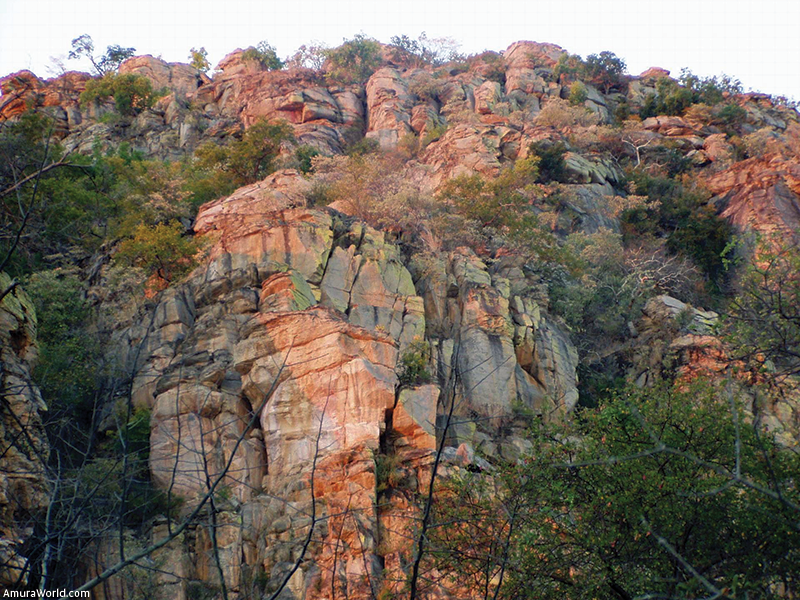 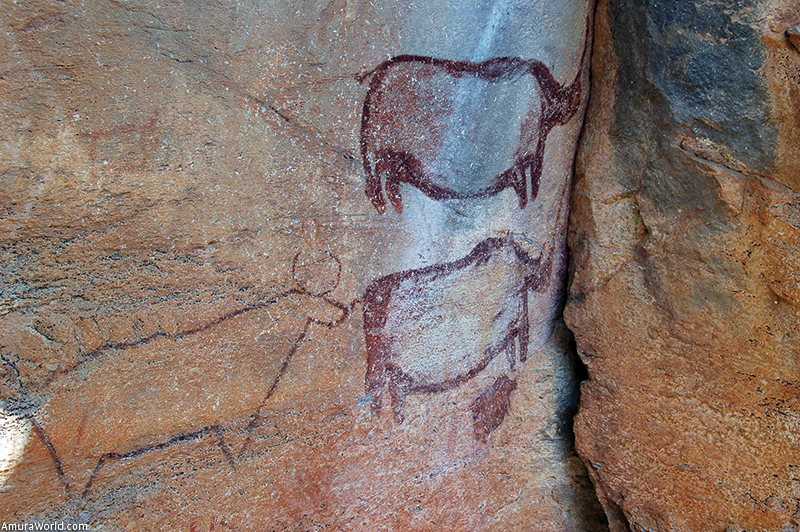 It may be that this is the remote origin of the creative-plastic production that has continued until our times, in a double way, as modern Africa expressionist art and as a substrate to the European expressionisms; vanguard with an open experimenting, a rift with the classic. The relation would go to the ancestral cultures and from the ancestral societies to Europe and later to the US.

The European artists were passionate of the archaic cultures, but immersed in haughtiness, cavalier in many a case, due to their knowledge of art and their agnostic practices. In order to explain this situation in itself, Pamela McClusky (2002: 14) uses the term “Neo-Tarzanism”, coined by Wole Soyinka, that is, the Westerners penchant for fixing Africa as the place of the animal, the jungle, and dissonance or disagreement; by needing a white savior (preferably, from an aristocratic family.) Geometric, cubist and expressionist abstractionisms were touched by the African aesthetic cultures, painters the size of Pablo Picasso; others that might be inscribed in this process of encounter, this living-together of cultural spirits, are: Maurice de Vlaminck, a fauvist, with his companions André Derain, Raoul Dufy and Henry Matisse1.

Abroad the ocean, Africans sailed to go to Europe in the twentieth century thirties; Ghanaian Oku Ampofo went to England, in 1932 he started his studies of art; Iba Ndiaye (from Senegal) in 1948; Gerard Sekoto (from South Africa) in 1947; Afewerk Tekl (from Ethiopia) in 1948; Kofi Antubam (from Ghana) in 1946; Ben Enwonwu (from Nigeria) in 1944 and Viteix (from Angola) in 1953. Nowadays, as a sample of painting, one can mention Abou Diallo, Bamako (1970), Togin Loye, Nigeria (1959), Unisa Kargbo, Sierra Leona (1977) and Amadous Sow, Senegal (1951), who give us an approach to the universal contemporary art African mettle.

The opinions expressed in this article are solely responsibility of the author, and do not reflect the viewpoints of Amura. 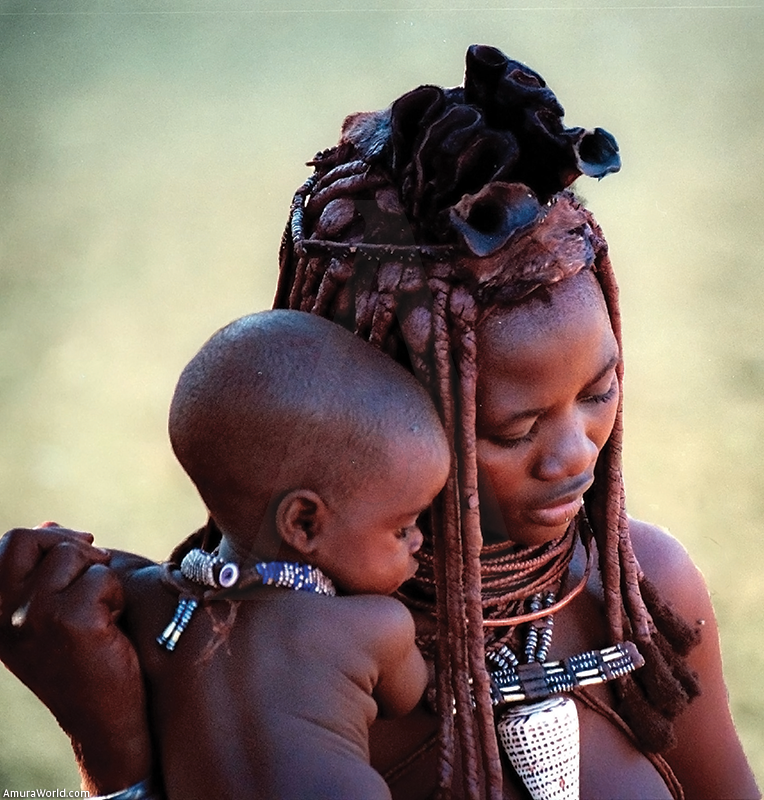 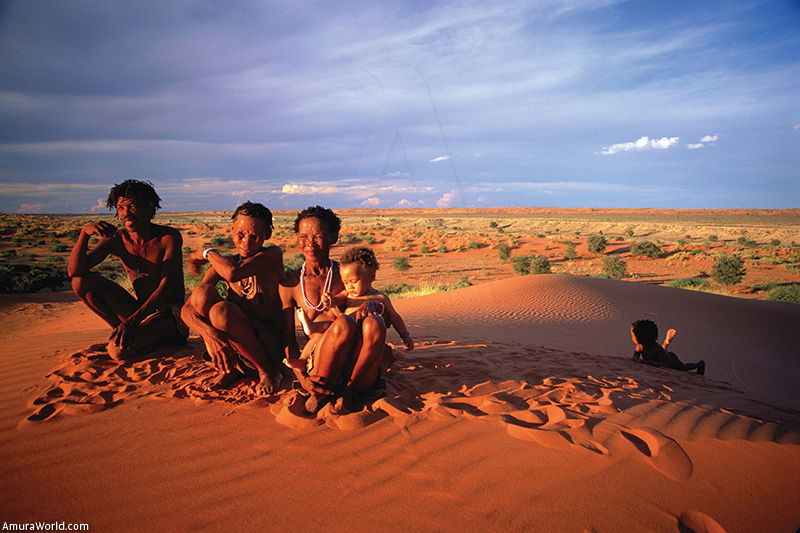