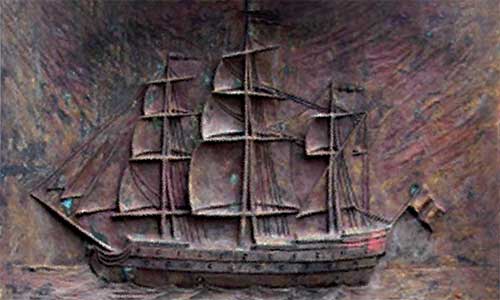 The “Nao of China” that joined Acapulco with the East

Without a doubt one of the most famous episodes of the story of the New Spain concerns the Galleon of Manila, also known as the Nao of China. It was a vessel that, once a year, linked the ports of Manila and Acapulco, carrying in its hold silk, porcelain, spices, fine woods, lacquer, carpets, folding screens and vases from Asia, or gold and silver from America, as well as diverse goods from Europe.

The galleons were huge ships developed in the mid-sixteenth century that combined the carrying capacity of the carracks with some of the maneuverability and speed of the caravels. At the time they were the most powerful ships in the world and that’s why Spain selected them for this trade. Although originally King Philip II decided that these trade galleons could not exceed 300 tons nor carry merchandise worth more than 250,000 pesos, in the eighteenth century the “Santísima Trinidad” came to have a tonnage of about 2,000 tons and some of its shipments reached values of over two and a half million silver pesos. 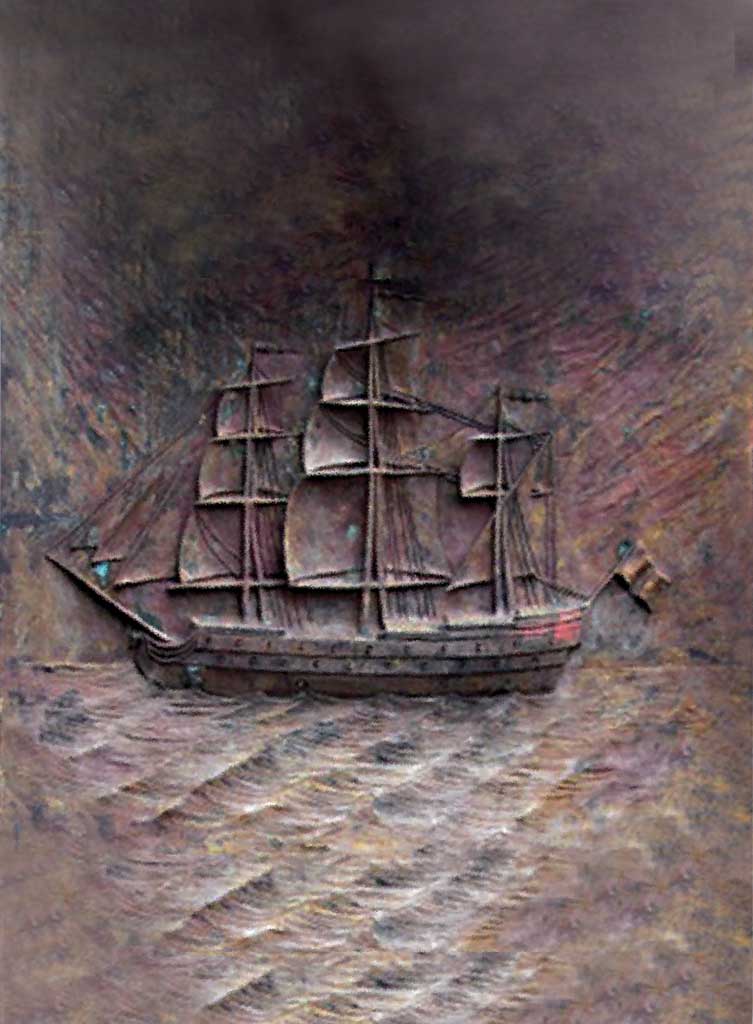 The Manila Galleon represents one of the most important nautical events in the world and a great transition to globalization.

Wineries and carrying capacity to transport goods, brings the galleons their characteristic structure as huge ships. 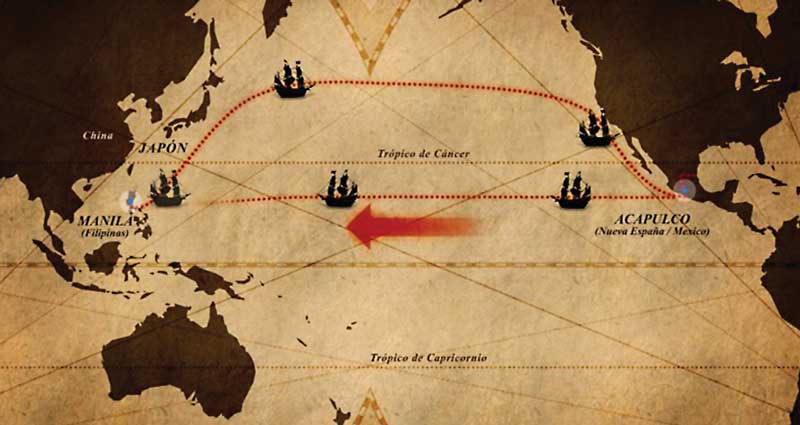 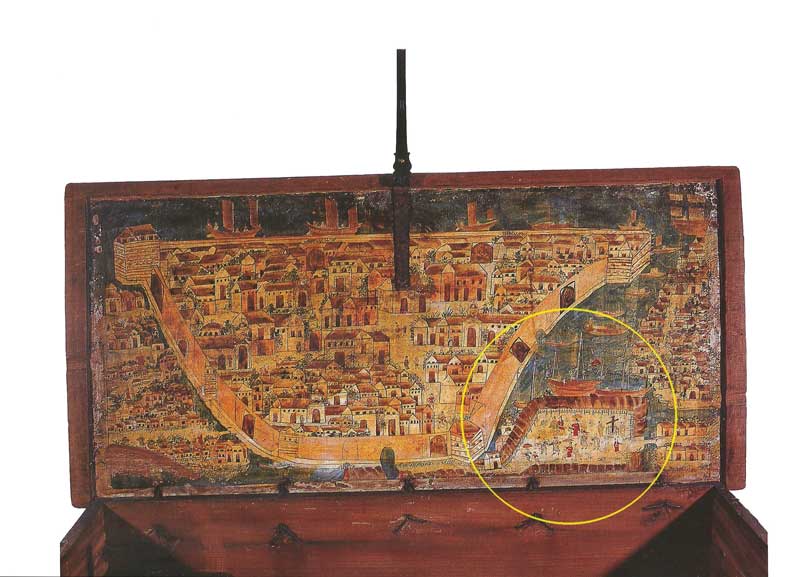 Several pieces of art, like this bunker, refer or illustrate the importance of the Manila Galleon.

A real fortune. Of course, we have to take into account that despite the strict security measures taken by the Spanish kings, corruption of some officials and the ingenuity of the traders allowed a huge flow of smuggled goods into Mexico and the Philippines. At that time, the “fayuca” (black market) already existed.

Although we know it as the Manila Galleon, the inhabitants of the Philippine city this ship called it the Acapulco Galleon. Simple matter of points of view.

Between 1565 and 1821 these trips took place almost without interruption, and such was the importance that this commercial ship acquired that, in practice, it became the mainstay of Manila. In all that time, an estimated 400 million silver pesos arrived to Manila to acquire Asian goods. So rich a trade turned it into a cosmopolitan city. The rare occasions when pirates got hold of the Galleon caused severe hardship in the city because its economy revolved around the trade from this ship.

That could easily be seen in the great buildings erected by the merchants and the Spanish civil and religious authorities in the old town, called Intramuros, which unfortunately was completely destroyed during World War II, as Manila was the city hardest hit during the war, just behind Warsaw.

The route was difficult and dangerous, so Spain had several war fleets to protect the Galleon. The trip from Manila to Acapulco lasted between four and five months, but it was reduced to just three on the way back. It departed Manila in late June to avoid the monsoon season, while it sailed from Acapulco between February and March.

However, the Philippine’s capital was actually nothing more than the port of shipping, as most of the products came from China, Japan, India, Thailand and Siam. But don’t think this downplayed the trip, because in practical terms the city became the most important link between East and West for many years. Mexican silver coins that came to it were quickly distributed throughout Southeast Asia, causing that the Mexican peso -at least at that time-, was an accepted currency virtually everywhere.

On the other hand the Galleon caused an unprecedented cultural exchange between Mexico and the Philippines. Puebla’s Talavera or those multicolored shawls of our typical costumes come from there, while the Filipino language, Tagalog, contains more than 5,000 words in Mexican Spanish, including several in Nahuatl.

The last Galleon left Manila in 1821 never to return. Just arriving at New Spain it was seized by Iturbide, who at the time was about to gain independence for Mexico. Thus a glorious era of world trade died. 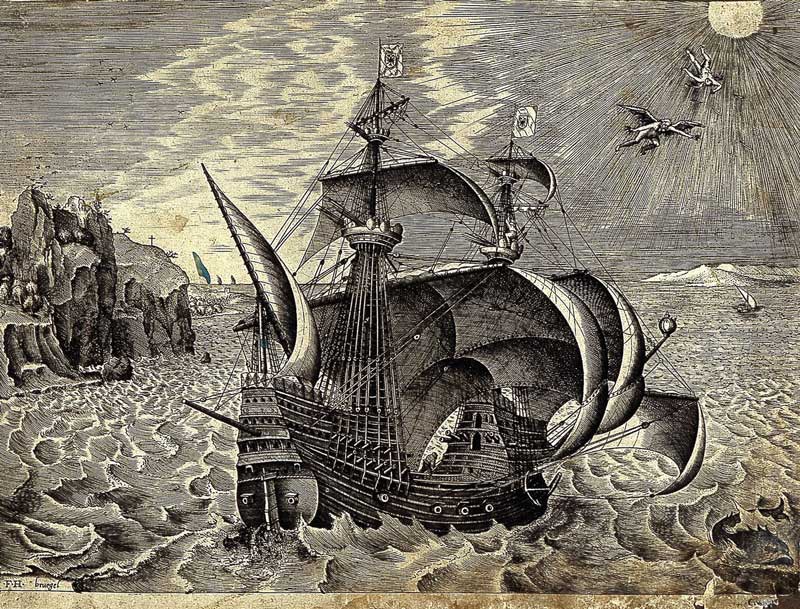 Several pieces of art, like this bunker, refer or illustrate the importance of the Manila Galleon.