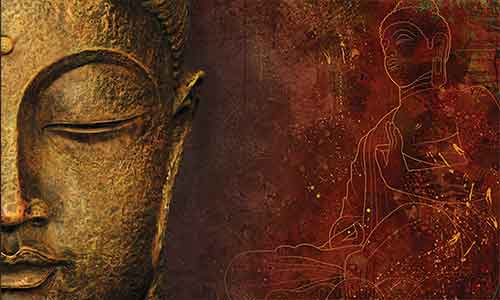 “If with a pure mind a person speaks or acts, happiness follows them like a never-departing shadow.”

“ ‘All conditioned things are impermanent’ — when one sees this with wisdom, one turns away from suffering.” 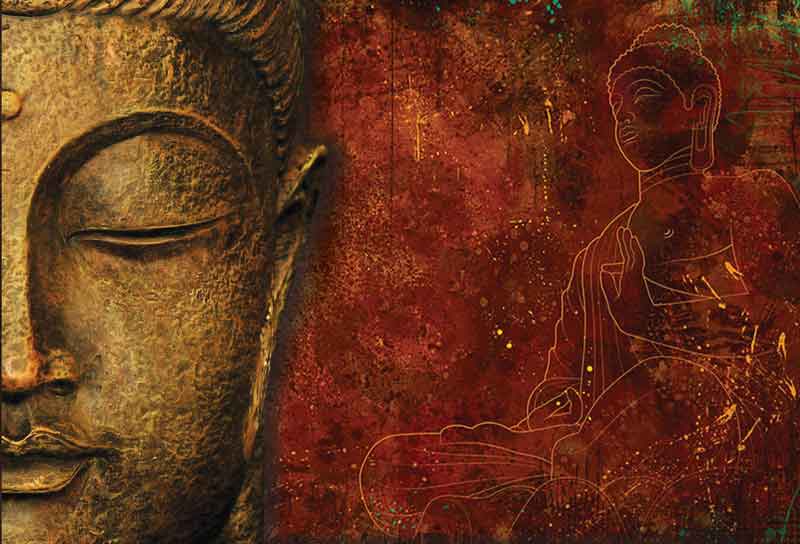 THE TRANSFORMATION OF THOUGHT

Between the years 900 and 200 BC, exceptional beings were born in different parts of the world, who eventually became essential for the religious and philosophical thought of the world. This happened simultaneously in Persia, Israel, China and Greece, with the rise of great men like Confucius, Lao-Tze, Zoroaster, Elijah, Jeremiah, Isaiah, Plato, Parmenides, Heraclitus, Socrates and Buddha. Apparently, they were never in contact with one another, but their experiences had repercussions in their contemporaries; their beliefs flooded the known world, and the heritage of their thought achieved a condition of eternity. German philosopher Karl Jaspers coined the term Axial Age for this period of human history. 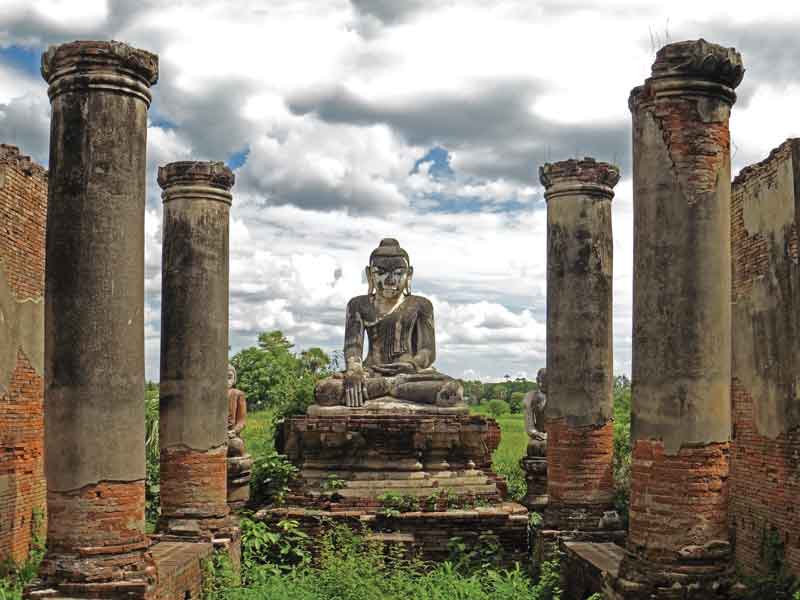 Siddhartha Gautama Shakyamuni is the name of the historical Buddha 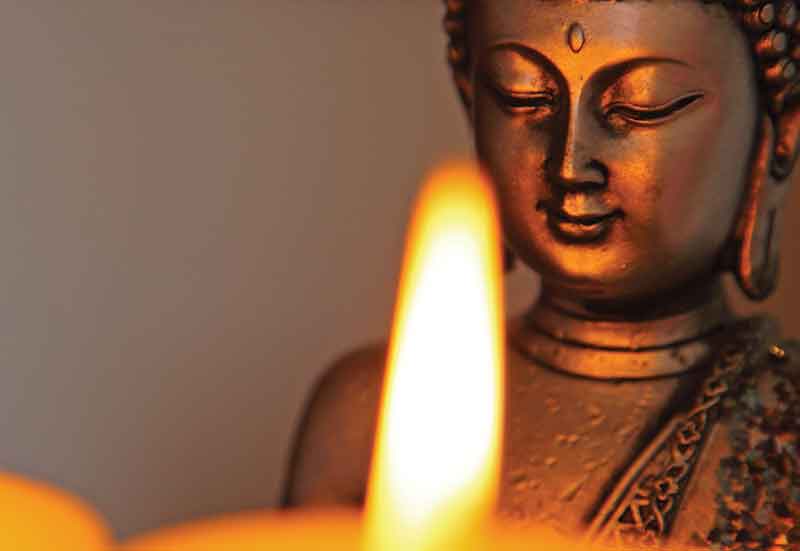 Buddha statue at the ruins of Ava, Inwa-Mandalay, Burma

THE PATH TO ENLIGHTENMENT

Shakyamuni Siddhartha Gautama Buddha (563 a. C. – 483 d. C.) is the name of the historic Buddha, who, according to Buddhism, was not a god, or a prophet, was neither a messiah nor a deity, but a man who awakened his own potential. After six years of deep introspection, Buddha witnessed the darma in his own self: the inner experience of seeing a reality based on wisdom, which source is compassion, the total freedom of the energies of the “conscious” mind—a state that is achieved with the complete departure from suffering or dukkha, which means all that is temporal, even happiness itself.

Buddha attained the immensity of the enlightened mind, and it became his total space. To accomplish this, it is necessary to silence the thousands of voices that will not desist, to then go beyond—to a place where the pure quality of each being can be found. One of the premises of Buddhism is that all beings have the same potential to set out on this path and to awaken. 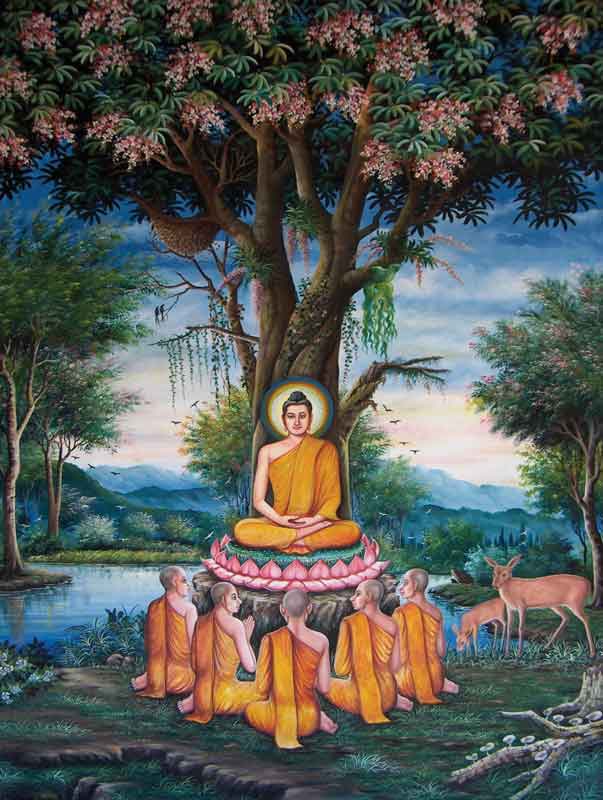 The teachings of Buddha began with the Sermon at Benares 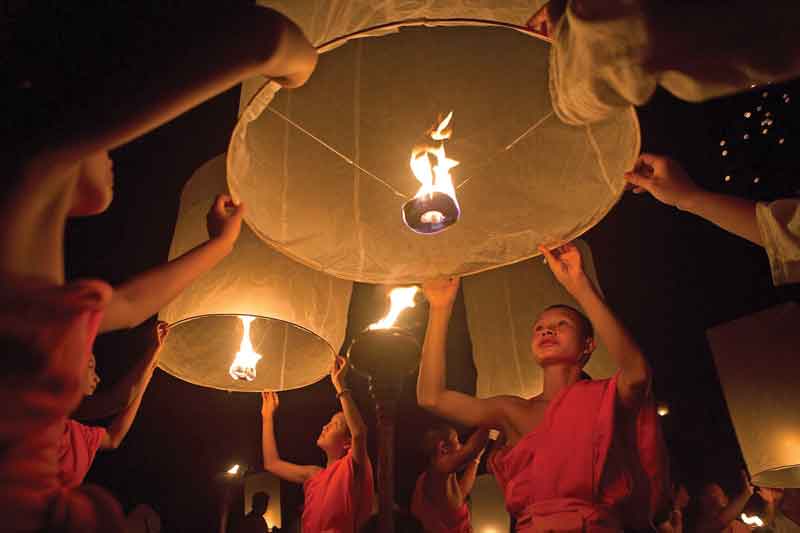 The teachings of Buddha began with the Sermon at Benares

Some Buddhists focus their meditations on the ten characteristics of Buddha: dignified or noble, perfectly self-enlightened, master in knowledge and demeanor, glorious or divine, unsurpassable expert of the world, unquestionable leader for the people, master for gods and humans, enlightened or transcended, blessed or fortunate, connoisseur of the light and the darkness. These ideas have been adopted from Buddhist scripture, and monks abide by them every day.

After his enlightenment, he reached omniscience. Buddha declared the Four Noble Truths and the Eightfold Path in the Benares Sermon: 1. Right View. 2. Right Thought. 3. Right Speech. 4. Right Conduct. 5. Right Livelihood. 6. Right Effort. 7. Right Mindfulness. 8. Right Concentration. Foundations that, taken into consideration, would forge a noble path for each human being. Buddha spent around 45 years of his life spreading these teachings.

Legends attribute all kinds of miracles to Buddha, who preached a gentle method that incapacitates the excesses of hedonism and asceticism. The number of followers grew rapidly; the first monastic communities were born, where the teachings of the dharma were considered as the sole authority. Tolerance and compassion are the main aspects of Buddhism, which some describe as a “religion” with no gods or castes; while other sources consider it a movement of thought or simply a lifestyle.

The Buddhist belief is that Buddha is anyone who achieves enlightenment. A living Buddha is the person who has reached the maximum level of perfection in the wheel of life after multiple reincarnations, but instead of moving on to the well-earned nirvana, he will remain in his earthly form for the benefit of all
living beings.

In most of the countries that follow Theravāda Buddhism, they celebrate festivals dedicated to the 28 Buddha, those who have achieved enlightenment from the times of Gautama Buddha. 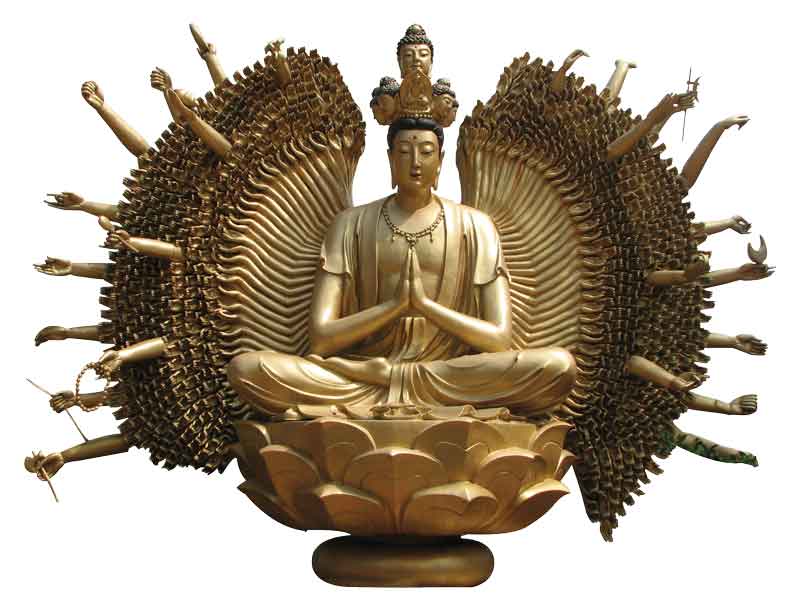