Passion for the Arts

Visiting the Peggy Guggenheim Collection in Venice, transport us to one scenario of 1950s movie, or to a fragment of the Italian Baroque. Beyond of the cualities of Palazzo Venierdei Leoni, or the mystical history that surrounded the patron life of the great Peggy Guggenheim; the professionalism of its current team has done of this collection, one of the most coherent of all the times in this kind of institution. EUROPEAN ART: 1949-1979 | Marion R. Taylor: Paintings, 1966-2001 and MASTERS OF THE AVANT-GARDE: Miró, Mondrian, Calder and the Guggenheim Collection, recount this character, and touch two fundamental periods in the history of art of the 20th-Century, and so we are pleased to present it below. 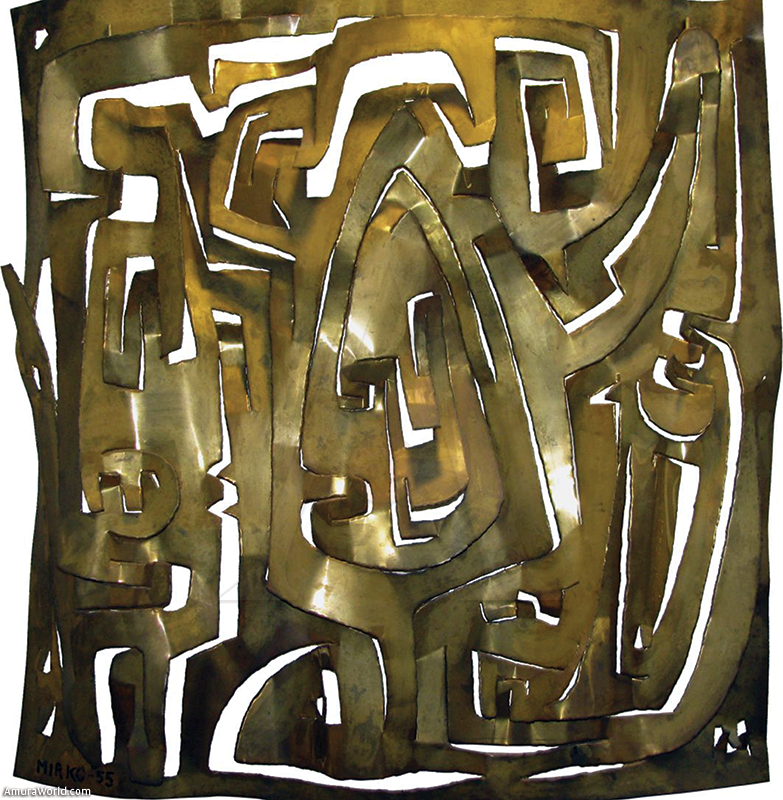 The Peggy Guggenheim Collection of Venice presents the show European Art: 1949-1979 | Marion R. Taylor: Paintings, 1966-2001, from February 29 to May 6, 2012. The exhibition curated by Philip Rylands is a banquet for the lovers of Post-War European art, covering a period of thirty years (from 1949 to 1979), time where Peggy Guggenheim lived in the Palazzo Venier dei Leoni, actual venue of the museum that carries her name. This is a show that reviews that labor of collector that lead her to bequeath her treasures ,so the future generations could appreciate it. The show also explores the works of art that were acquired by the Venetian Foundation since death of Peggy. In the journey can be appreciated sculptures of Germaine Richier, Tony Caro or Brian Hunt, at the time that the famous “holes” of Lucio Fontana, works of Pierre Alechinsky, Eduardo Chillida and Josef Albers.

Stand out the painting and sculpture of Alberto Giacommetti, and Marion Marini with which opens the exhibition; but are also important the rooms where the Italian – and Venetian – artists are analyzed, with whom Peggy Guggenheim lived during the 1950s, such as Edmond Bacci or Pizzinato. Of the same decade highlight the British examples as Ben Nicholson or Francis Bacon. There has been given a room for CoBrA movement, and different visual and aesthetic explorations of the European Post-war. 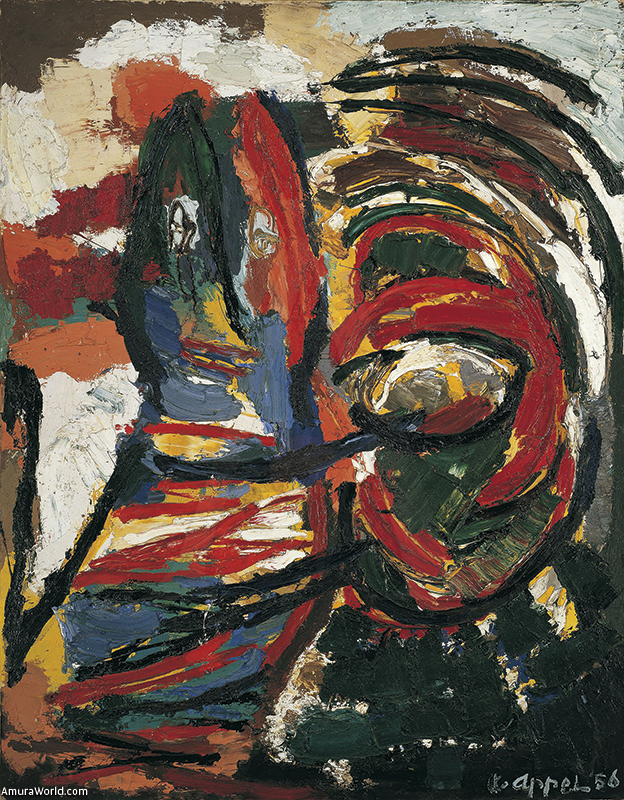 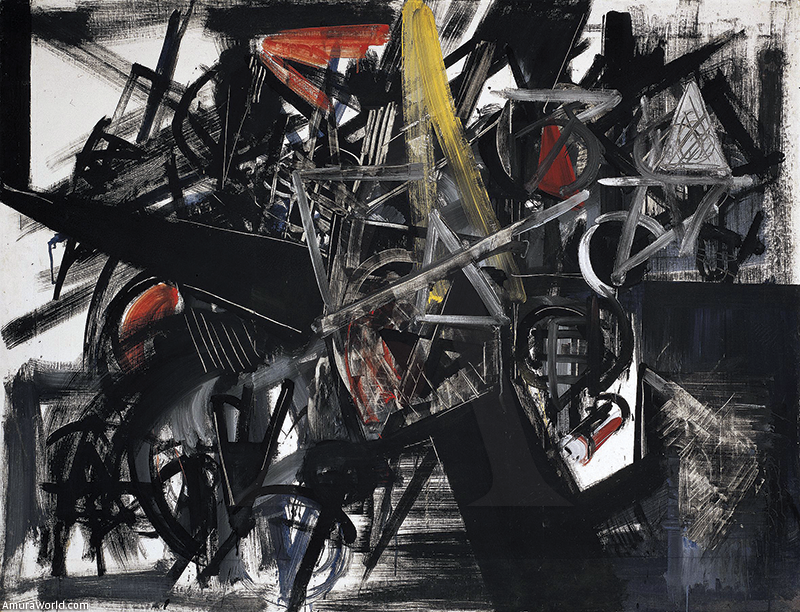 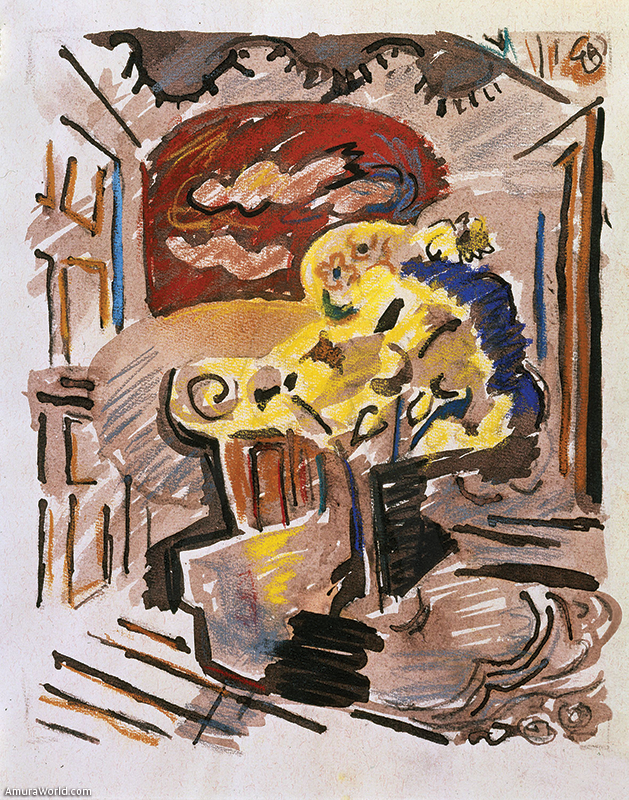 A final section has been specified to pay homage to the American artist Marion Richardson Taylor, whose le-gacy goes from Abstractionism to the Cubist explorations and much other visual experimentation that lead her in an Eclecticism slope.

Certainly, this show is the best way to approximate to the thirty years in which Peggy Guggenheim lived in her beloved Palazzo Venier dei Leoni and to her extensive co-llection, is a complete gaze to the European art of the se-cond half of the 20th-Century and to its main characters.

Masters Of The Avant-Garde:

ARCA, Chiesa San Marco, opened in 2007 is a glass and steel exhibition space located in the old churc of San Marcos, Vercelli. Besides of the restored frescoes, the space has shown high profile master works, among them the show Masters Of The Avant-Garde: Miró, Mondrian, Calder and the Guggenheim Collection (March 3 – June 10, 2012) and curated by Luca Massimo Barber. This is the fifth exhibition planned for this space by the Peggy Guggenheim Collection, it has 30 works of art that analyze the career of Joan Miró, Piet Mondrian and Alexander Calder. The show is a real feast for erudite and amateurs.

Joan Miró (Spain 1893-1983) has been one of the key figures of Surrealism, and is considered as one of the most impeccable painters of that avant-garde. He moved in the symbolic trend of Surrealism. In 1942 had his first contact with the Peggy Guggenheim Collection, resulting in a fertile relation that has arrived to our days with pieces as the ones exhibited in this occasion.

Without Piet Mondrian (Netherlands 1872-1994) Abstract art would had been other. His line, the colors and the artistic quality of his work place him as leader figure of that movement, as well as founder member of De Stijl group (1917). He shared with Kandinsky the idea of spiritual and metaphysic basis in art. His geometric paintings with the use of primary colors are distinctively, which have served as inspiration to many areas of contemporary visual culture. 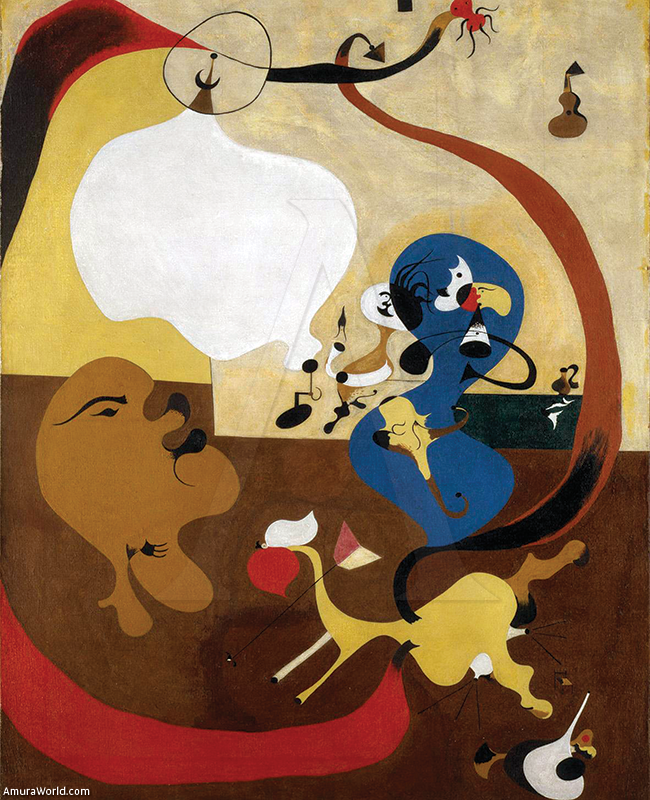 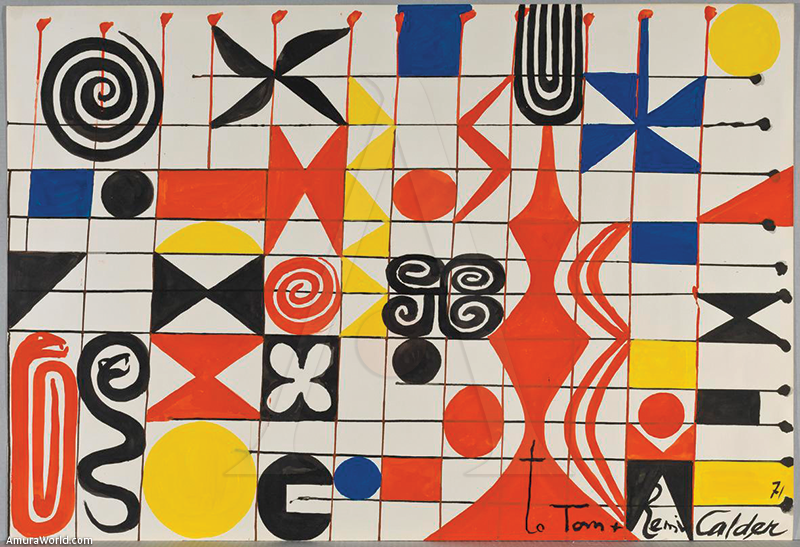 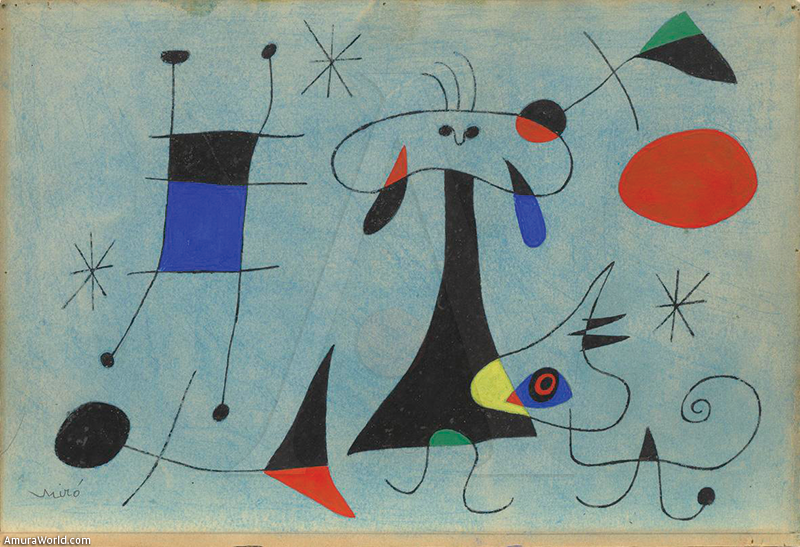 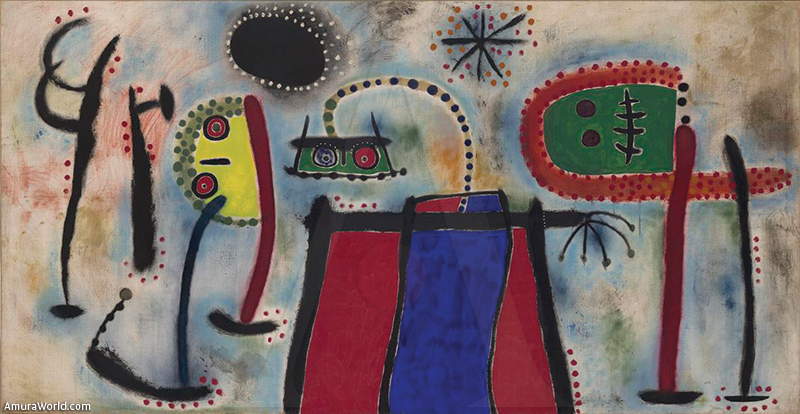 Finally Alexander Calder (U.S. 1898-1976) is a fundamental name in contemporary culture. His mobile sculptures and his worry for the space have done that his pieces transcend his time. He limited his pallet to the primary colors, such as Mondrian did, for a similar search in the purity of color as means of expression but shared with Miró the pleasure for organic shapes, this time in sculpture.

The union of the three creators goes beyond the strictly superficial and is placed in the history of art of the 20th-Century.

The Peggy Guggenheim Collection is dedicated to the study of Modern and Contemporary art. It is located in Venice, has survived to this days as an example in the support to the creators and their works. Peggy Guggenheim (U.S. 1898-1979) was one of the most active patrons of the 20th-Century, descendant of Guggenheim dynasty. Her father died during the sinking of the Titanic, which added a mystical touch to her life. Peggy lived in the middle of intellectuals and artists of the first half of the past century. And among her dearest friends and protégées stand out Constantin Brancusi and Marcel Duchamp. Her labor during the previous years to the World War II and during its time marked one of the most selfless careers that succeeded in preserve an incalculable artistic legacy that would not have survived in other way.

Peggy Guggenheim returned to Europe in 1947, and in 1949 acquired the Palazzon Venier di Leoni, in the Grand Canal of Venice, that it is now the house of her collection and museum, although during the 30 years in which she lived there, only opened it to visitors during the summer. And it was until 1980 when the museum started to serve as it is currently known. The building of the Palazzo Venier di Leoni started around 1750 by the architect Lorenzo Boschetti, and it is an unfinished palace. 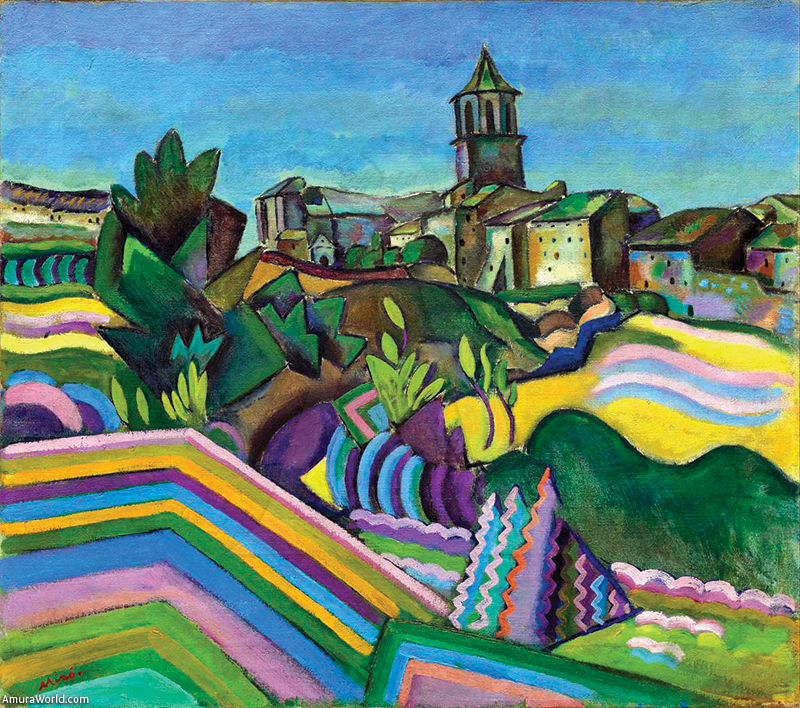 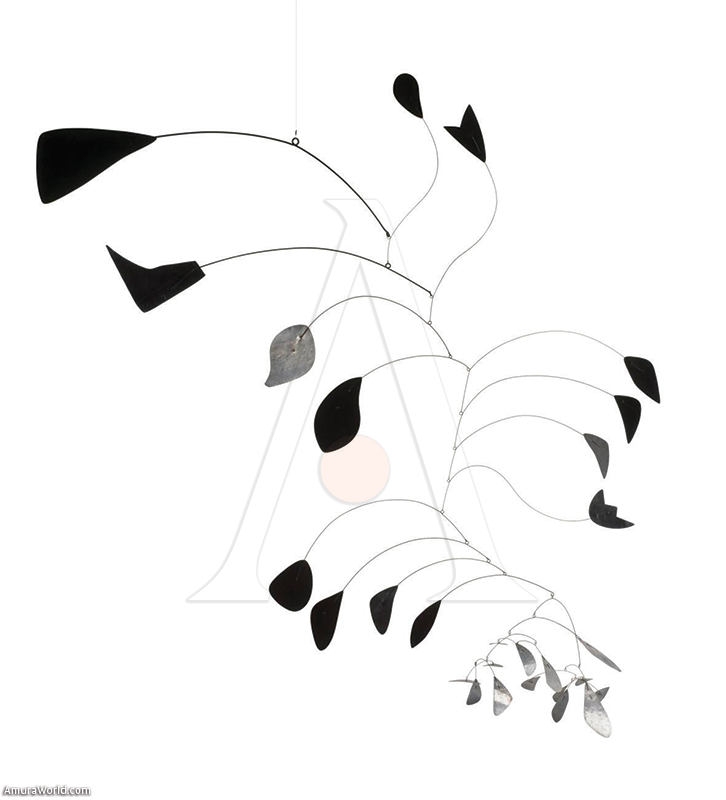