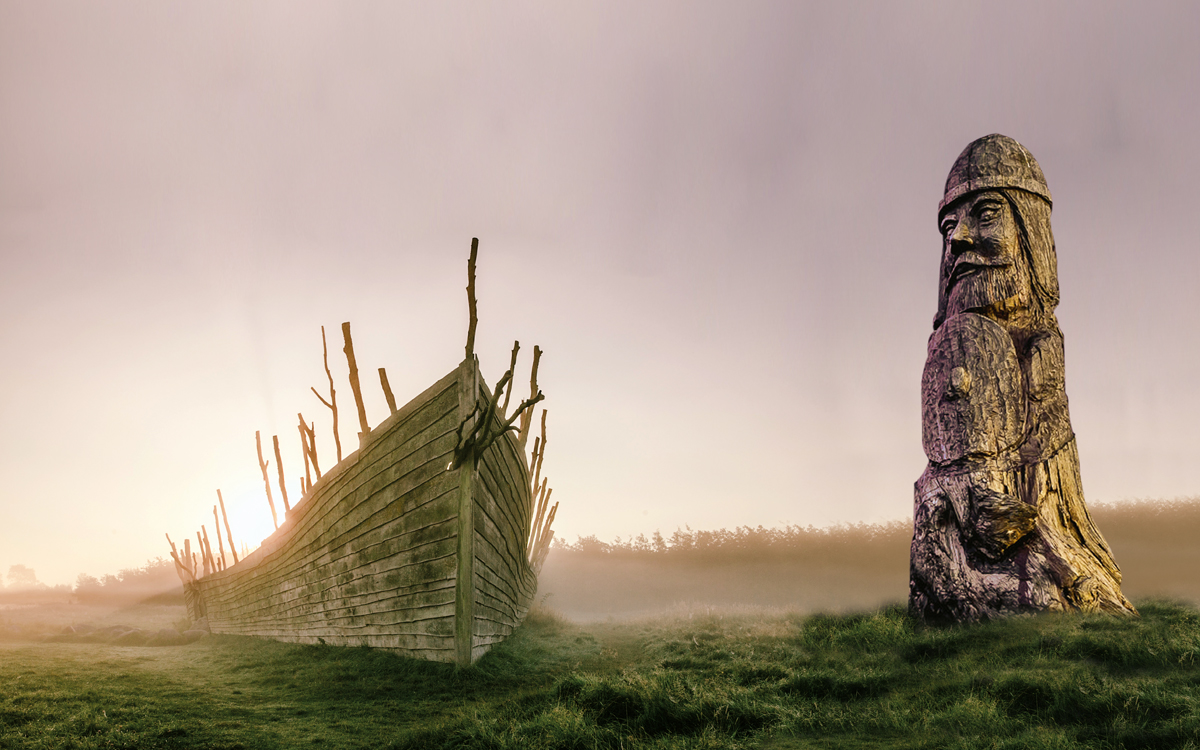 The Most Powerful Force in Scandinavia

“Then went the powers all to their judgement-seats, the all-holy gods, and thereon held council: to night and to the waning moon gave names; morn they named, and mid-day, afternoon and eve, whereby to reckon years.
Völuspá, to Odin. The Poetic Edda 1270

Viking is the patronymic with which we recognize the Germanic peoples that originated in Scandinavia, a region conformed mostly by the countries that we know today as Sweden, Norway and Denmark. The Viking population was concentrated mainly in the contemporary areas of Stockholm, Gothenburg, Oslo, and the Danish territory during the seventh to twelfth centuries—a period known as The Viking Age.

Throughout the ninth century, the small monarchies that divided Scandinavia were unified into three unique kingdoms: Sweden, Norway and Denmark, although the distribution of their lands was far from its current characteristics—territorially and geographically. Historical evidence indicates that the Danes (as they were also known) were the ones that started the Viking raids from 793 and on. In the year of 810, they already had a powerful army and a fleet of 200 ships, commanded by King Gudfred I of Denmark; who faced Charlemagne. Viking invasions increased in 835. 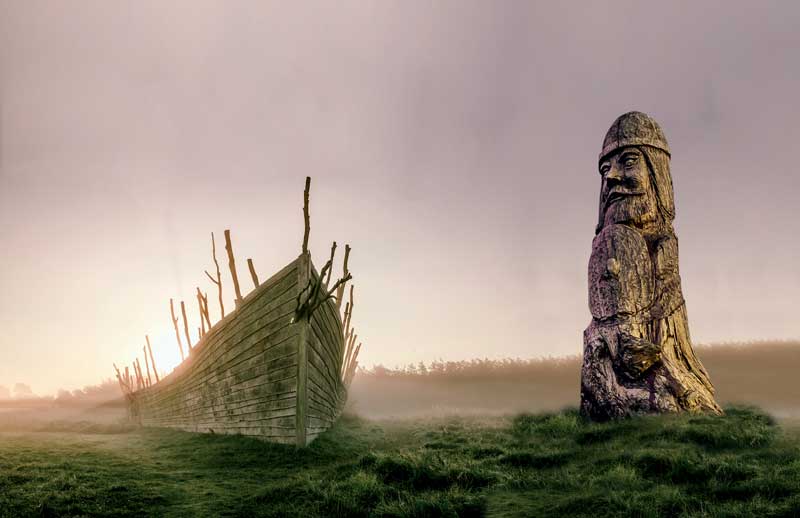 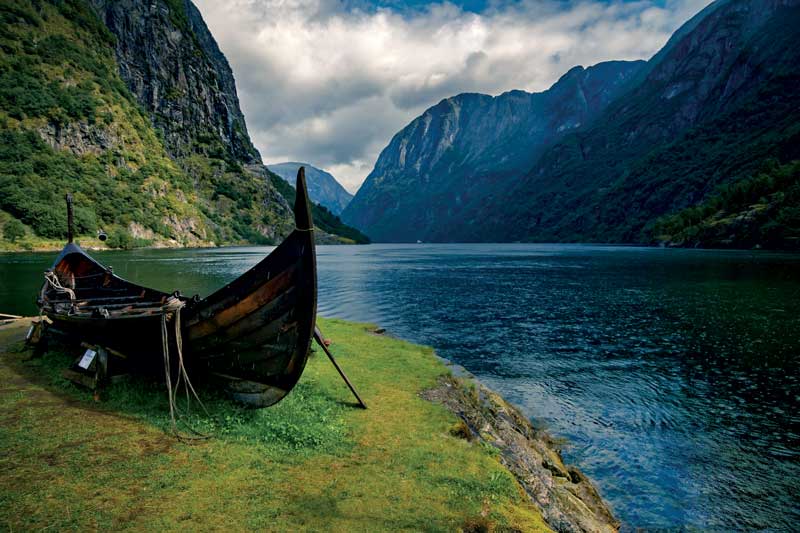 Scandinavia is an European and cultural region.

EXTENDING THE LIMITS OF THE KNOWN WORLD

The language of all Viking clans was Old Norse, from the Germanic family. They worshiped the same gods, carried out similar rites and perceived life and death as it was conceived and told in Norse or Scandinavian mythology. They are characterized as great navigators, because they possessed formidable wisdom in naval traditions, which allowed them to develop the drakar and the sneakar, Viking ships that had different purposes. They were able to navigate great distances and challenge the seas of the world; helped by their knowledge of astronomy, the use of ocean currents, wind strength and even the use of sundials and solar stones—calcite crystal natural formations that allowed them to follow the location of the sun on winter days and during storms. 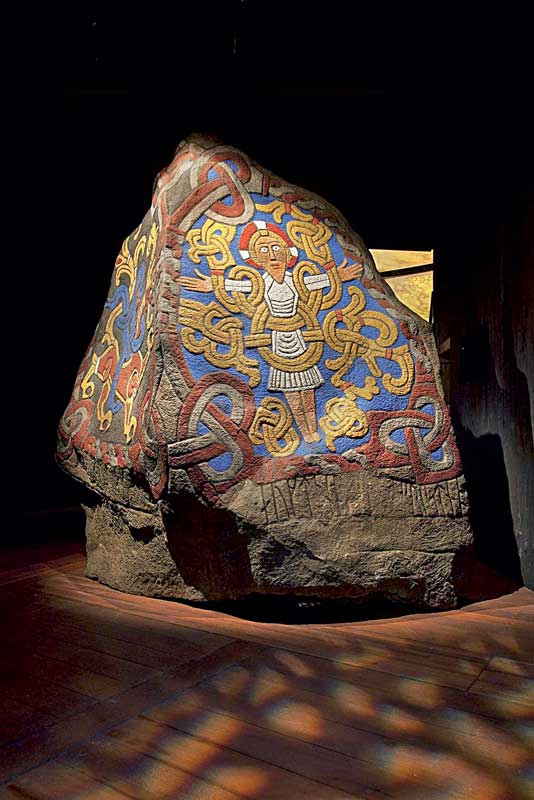 The Jelling Stone (Recreation by the National Museum of Denmark). 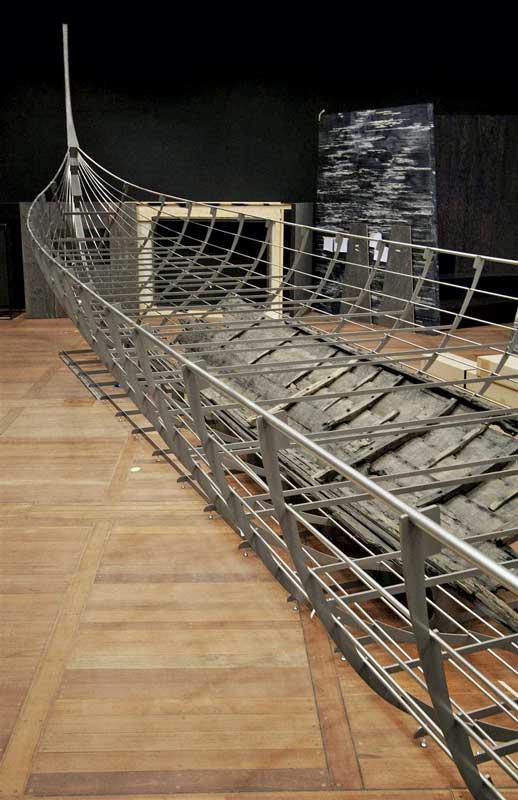 Roskilde 6, with 36 m of length overall, is the longest Viking ship yet discovered. 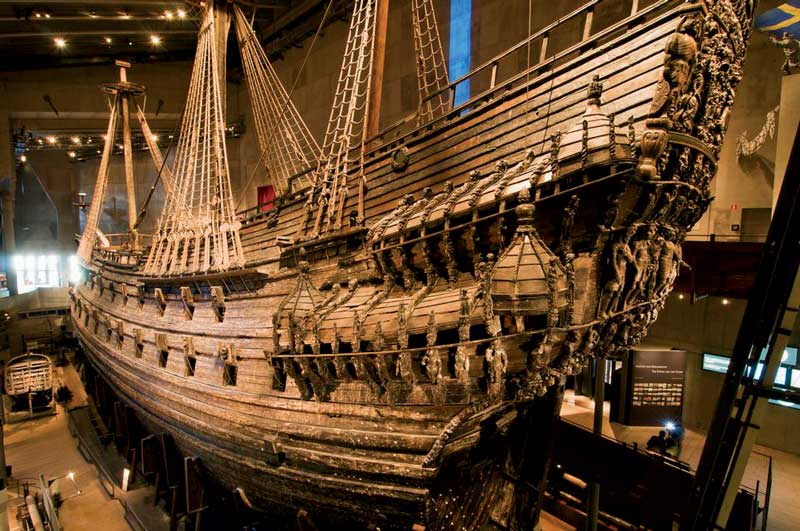 The Vasa, a Viking ship at the Wasa Museum of Stockholm, Sweden. 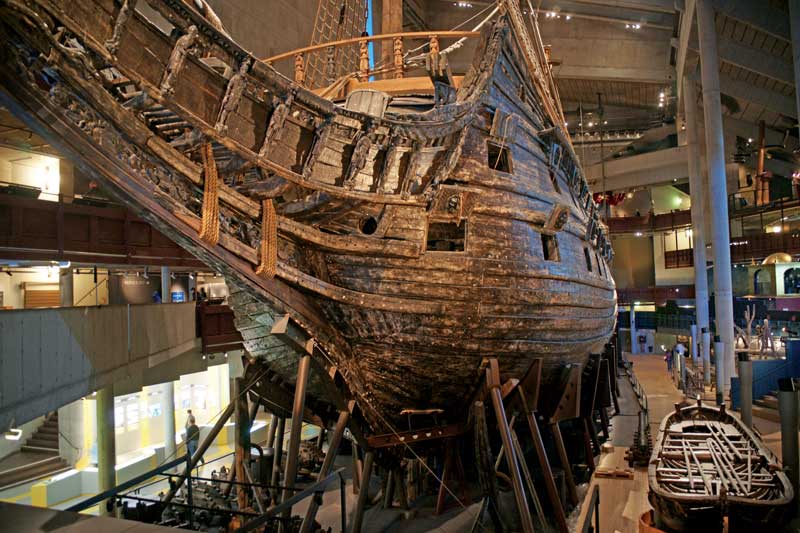 The Vasa, a Viking ship at the Wasa Museum of Stockholm, Sweden.

A sword was the most valuable possession for a Viking. 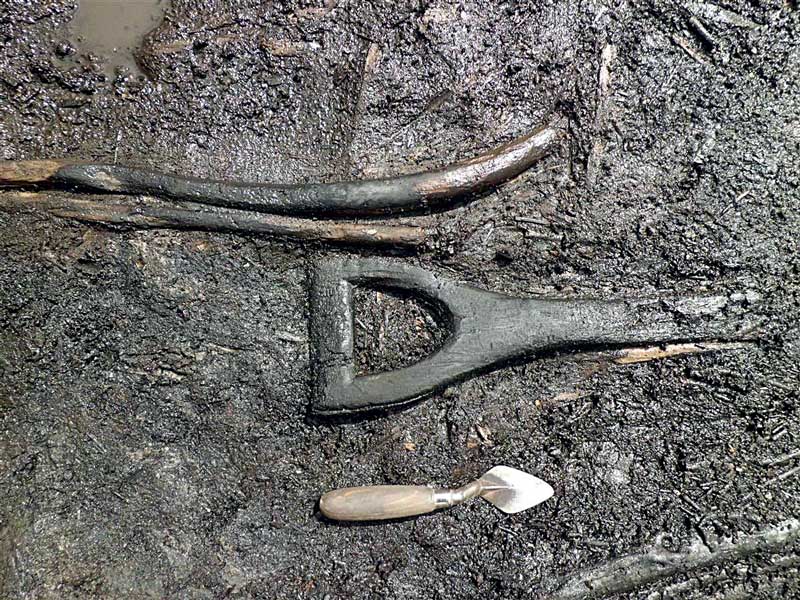 Tool set from the Viking period. 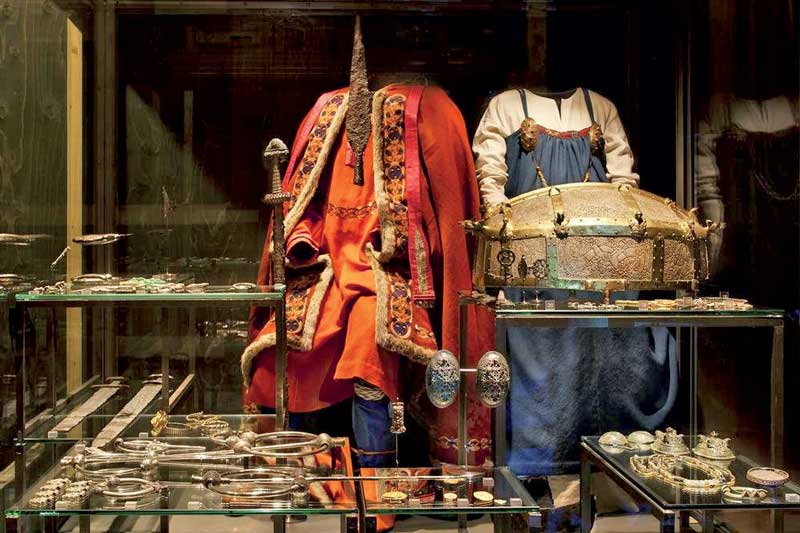 Clothing and jewelry from the Viking era. 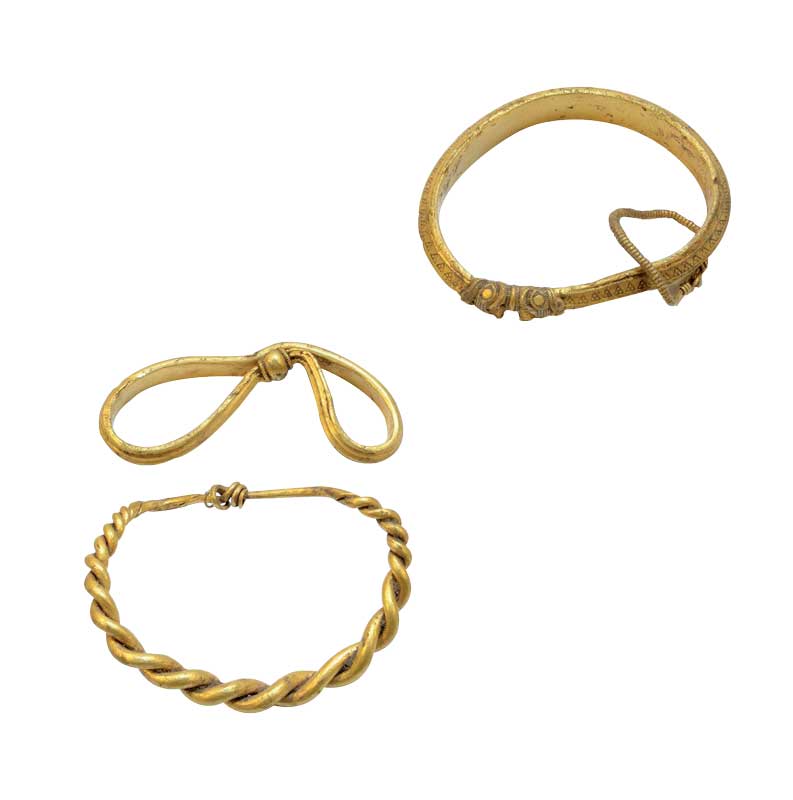 Three of the six bracelets that represent a magnificent Viking treasure recently discovered in Denmark. 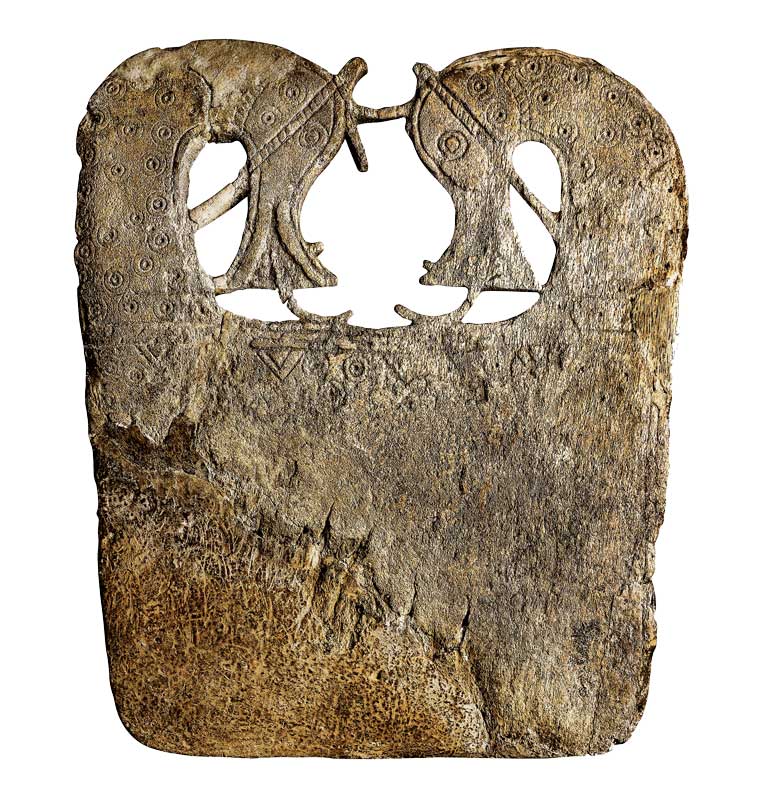 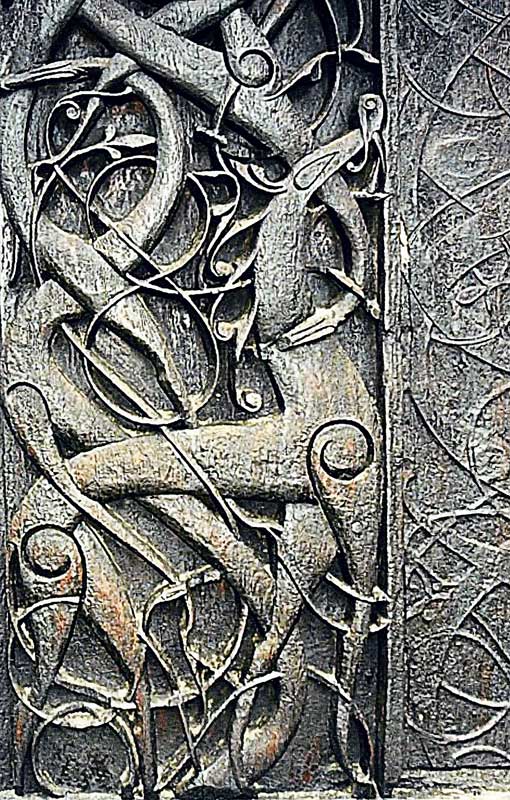 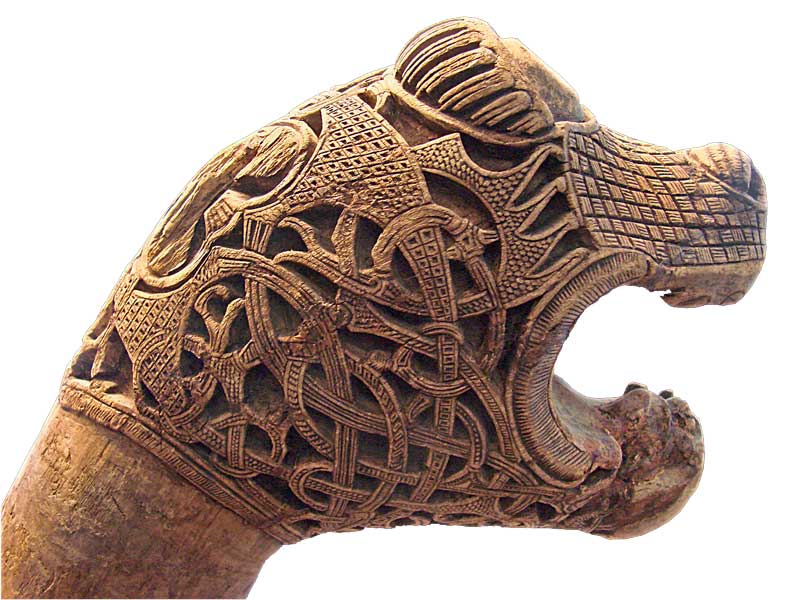 Animal head discovered in a burial chamber at the Viking ship of Oseberg, Norway.

They also stood out for being brave and relentless warriors, as well as experienced strategists. They were skilled merchants who imported goods through the routes they established, such as silver, silk, spices, weapons, wine, glass, ceramics, and precious stones among other products; at the same time, they exported honey, wheat, wool, leather, feathers, ivories, amber, tin, and more. They were experts in the cultivation of land and livestock breeding. They were also creative artisans and goldsmiths, capable of producing magnificent necklaces, bracelets, brooches and figures with precious materials. They were tireless narrators of their traditional myths, as they passed their knowledge from generation to generation in this manner. Some vestiges of their writing are the runic texts, as well as The Younger Futhark alphabet, which was in use between 850 and 1150, and consisted of 16 runes or symbols—their transcriptions are an invaluable source of information.

For almost 300 years (from June 8, 793 to September 25, 1066), the Vikings exercised great dominance over several territories: Great Britain, Scotland and Ireland, the coast of France, Spain, the Netherlands, Germany, the Faroe, Orkney and Shetland Islands. They reached the confines of Eastern Europe, where they laid the first foundations of what Russia would eventually become. They reached the Byzantine capital of Constantinople and as far away as Jerusalem, Baghdad and the Caspian Sea. They colonized the territories of Iceland, Greenland and Vinland (Newfoundland and the coastal areas of the Gulf of St. Lawrence, known as Nova Scotia, Canada). In 2015, a new Viking settlement was discovered in this area, approximately a thousand years old, which is around five hundred years before Christopher Columbus’ trip to America, also recently demonstrated by genetic tests.

The most widespread image of the denominated “men from the north” as barbarians and savages doesn’t describe them accurately; they developed their own social structure divided into three strata: the jarls, also called counts or warriors, the karls or peasants, and the thralls or serfs. They created one of the first parliaments on the planet, known as Thing, through which all their societies’ affairs were governed. They chose and could dethrone their kings; peasants had some rights, such as the use of arms, and the privilege of integrating the local assembly (Thing) because of their status as landowners; slaves were allowed some possessions and sometimes they could buy or earn their freedom. Women were recognized with a social, economic and organizational status. At present, the Scandinavian countries are the main promoters of feminist movements. 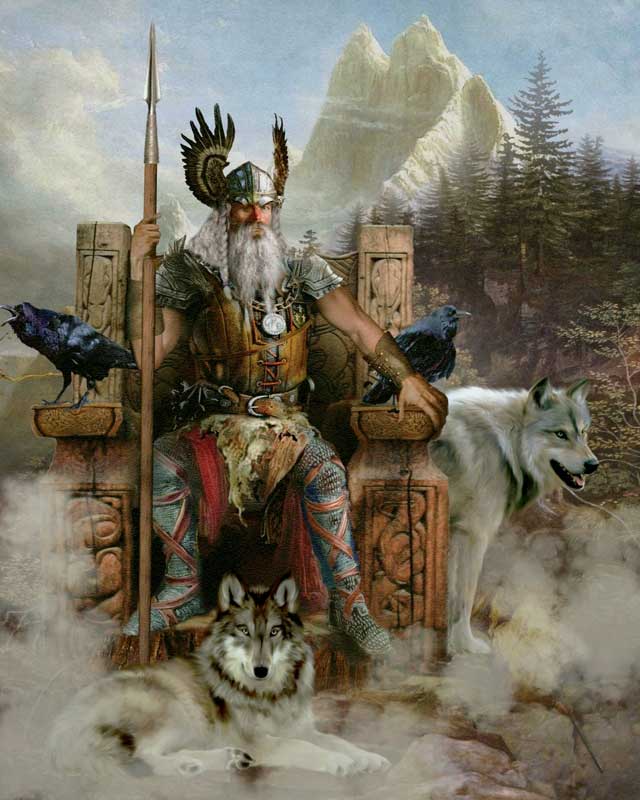 Odin, Nordic god of war: the divine patron of rulers, and the marginalized; he is also the god of poetry. 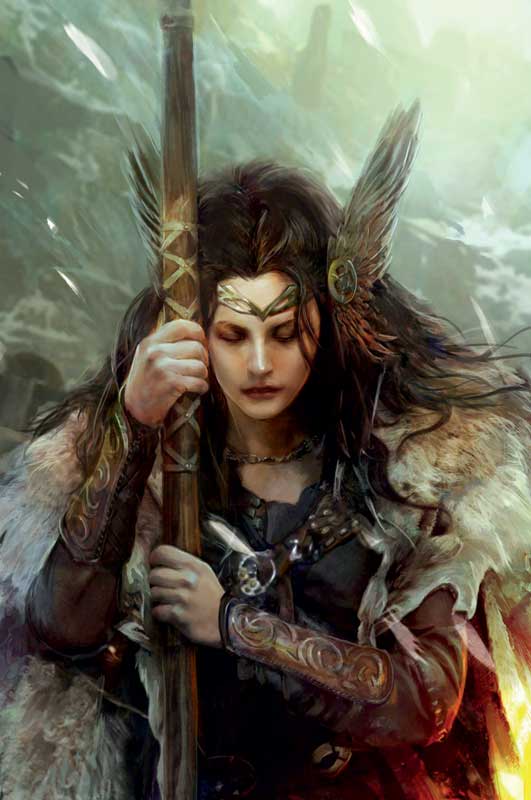 In Norse mythology, the Valkyries are female warrior deities who serve Odin. 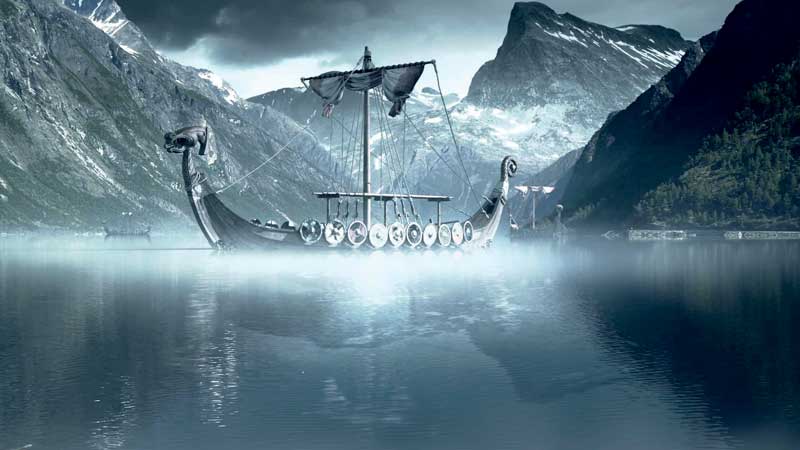 Viking ships were highly advanced and reached as far away as Greenland, the American continent, Baghdad and Constantinople.