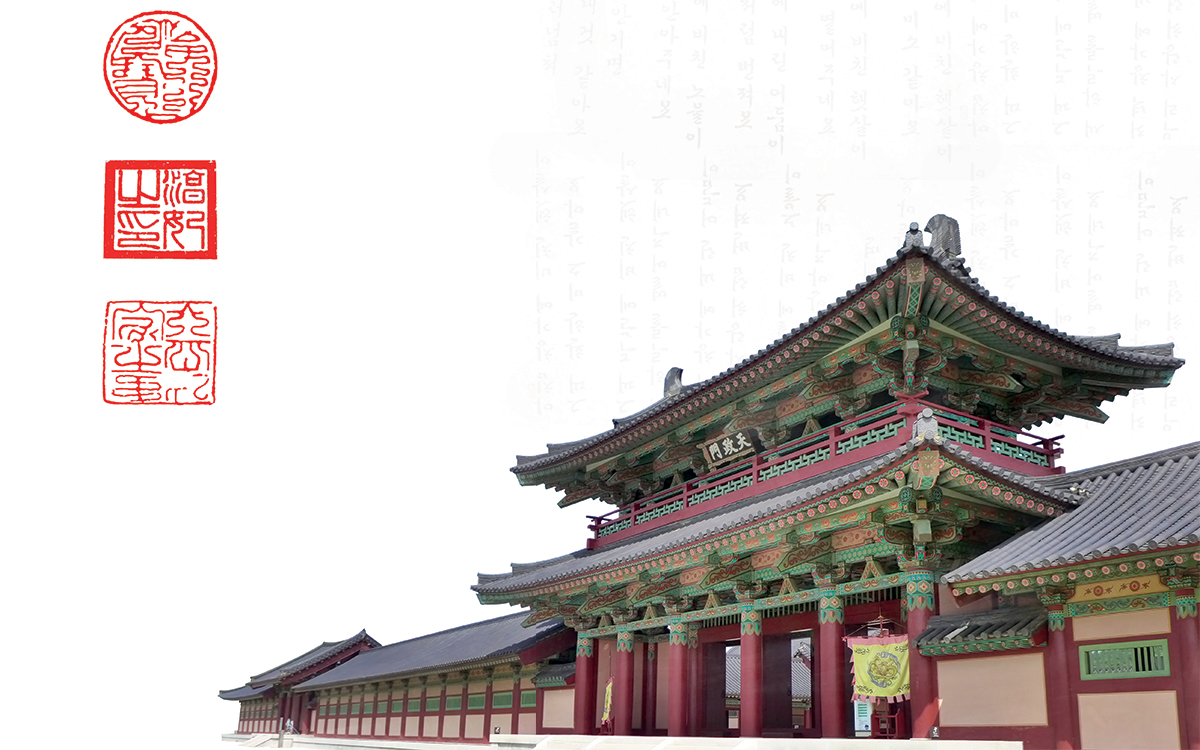 The Art of Worshiping Ancestors

Three kingdoms were established progressively during the first millennium of our era, between 57 BCE and 668 CE, dominating the Korean Peninsula and some locations in Manchuria. These kingdoms formed alliances and rivalries with one another, with Japanese and Chinese interven-tion. There was a fourth kingdom called Gaya, located at the south of the peninsula, which par-took in the conflict to gain control of the territory, but it never developed into a prominent king-dom. Together, each kingdom contributed to the creation of magnificent art pieces that have transcended centuries and which we can still appreciate while we visit this intriguing land. 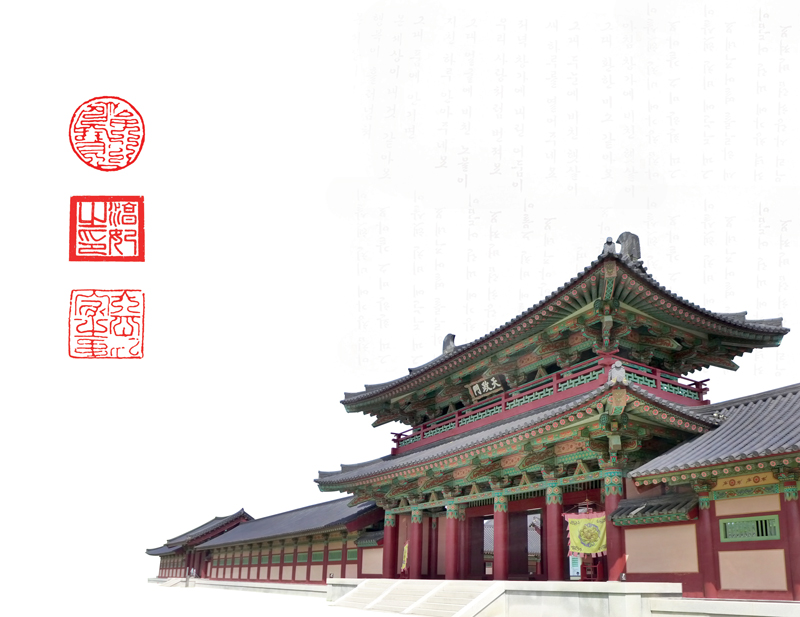 In the year 372, Goguryeo, the first kingdom of great importance, adopted the Buddhist philosophy, influenced by a monk named Sundo from the Qin Dynasty of China. The first code of laws was created in this kingdom; it had eight clauses, of which only three are known, and there were also great advances in production techniques, crafts and artistic thought—mainly devoted to religious and funerary representations. This era is also characterized by increased knowledge in astronomy. Today it’s possible to visit the ancient tombs from the Goguryeo kingdom, such as Kangso-daemyo (the Great Tomb) and its impressive murals. 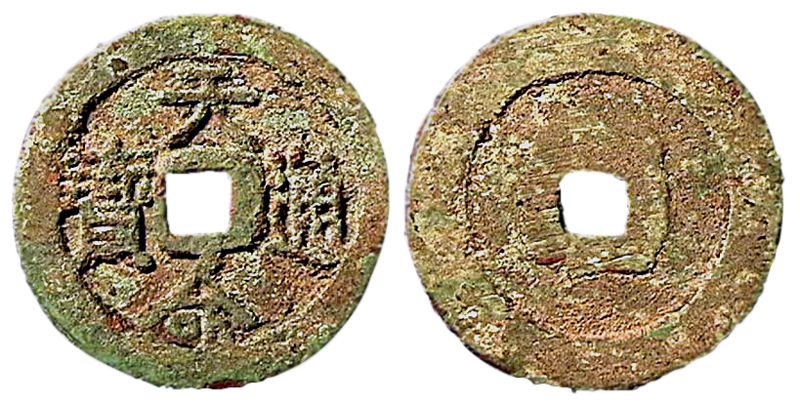 Bronze coin from the Kingdom of Goguryeo. 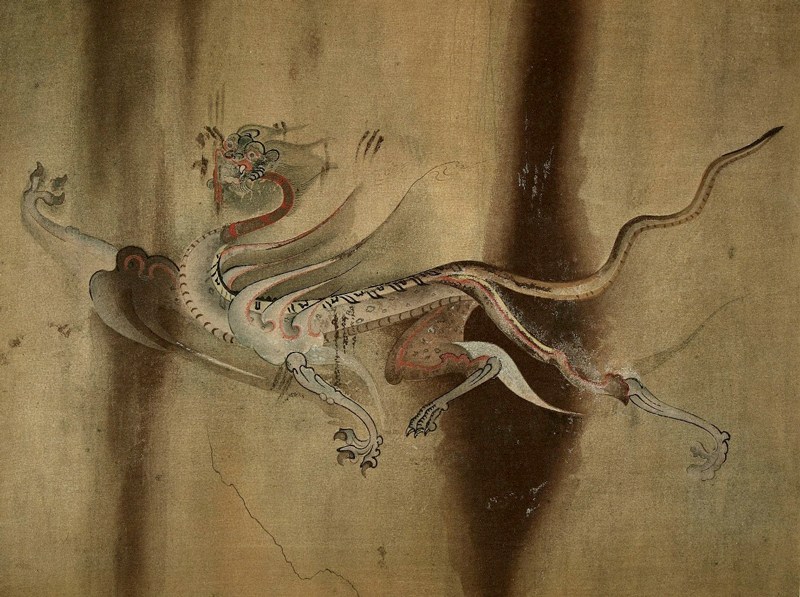 Mural of a mythical white tiger in a tomb. 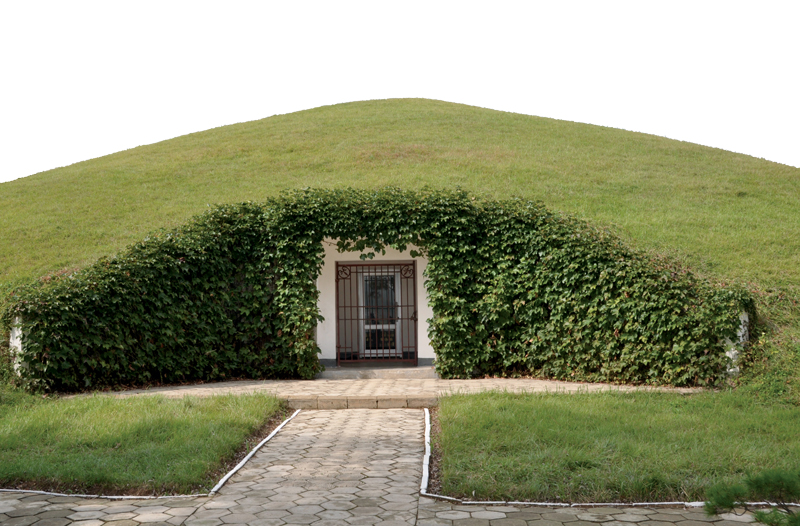 Tomb from the Kingdom of Goguryeo in Kangso.

“If a man keeps cherishing his old knowledge,so as continually to be acquiring new, he may be a teacher of others.
Confucio

Baekje was distinguished by its deep Buddhist sense of artistry, transmitted by monks, architects, craftsmen, writers or musicians, who experienced a great awakening, along with advances in medicine, astronomy and geography.

The pagodas located at the Miruk-sa Temple in Iksan and the Chongnim-sa Temple in Puyo are of great cultural value. Some of the most remarkable Buddhist statues include the golden figure of Bodhisattva Maitreya and the Buddha triad in Seosan. The music from this kingdom was already more elaborate and comprised seven wind and string instruments; the Mucheon dance (dance to heaven) was also performed, as well as representations of Talchum, a masked theatrical dance. 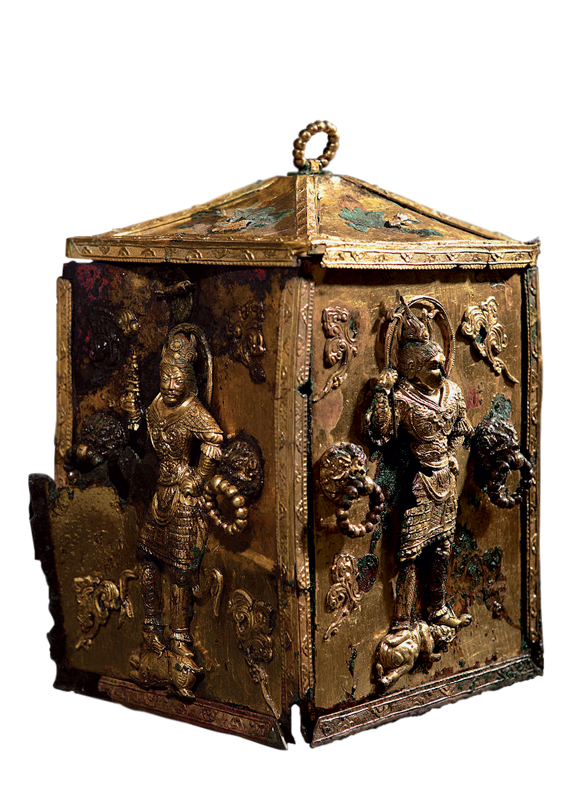 Relics from the Silla kingdom dating back to the seventh century.

In the fifth century, Buddhism became the state religion in Silla; monasteries and burial mounds were built, such as Cheonmachong tomb (Heavenly Horse Tomb). Buildings, jewels, statues, gold crowns and other elements are considered national treasures, such as the Bulguksa Temple and other relics in Gyeongju. The kingdom of Silla unified the peninsula in the year 676, and during its height, Confucianism was established as the code of ethics.

The Korean language, which has no external influences but its own characters and structure, was created during the reign of Sejong the Great—the fourth king of the Joseon-dynasty. Their alphabet, Hangul (한글), was established in the fifteenth century. In Korea, gods aren’t worshiped, but ancestors are. The Confucian thought that rules over more than 75% of the Korean population isn’t considered a religion either, but rather a moral guide. Confucius (Kung Fu-Tse, China, 551-479 BC) immortalized the wisdom of the precepts of his teachings in five canons that contain beautiful and intricate messages about the philosophy of good governance, understanding and relation to the world, a way of thought that ignited great influence in China, Japan, Vietnam and Korea, and which hasn’t ceased to amaze the world.

In 1956, the borders of the two Koreas were delimited. Recently, after 70 years of separation—plagued with great hostility and the subsequent separation of some families—the first conversation between the leaders of both nations took place, which promises better coexistence among those who have preserved the same ancestral cultural beliefs and traditions despite territorial and political division. 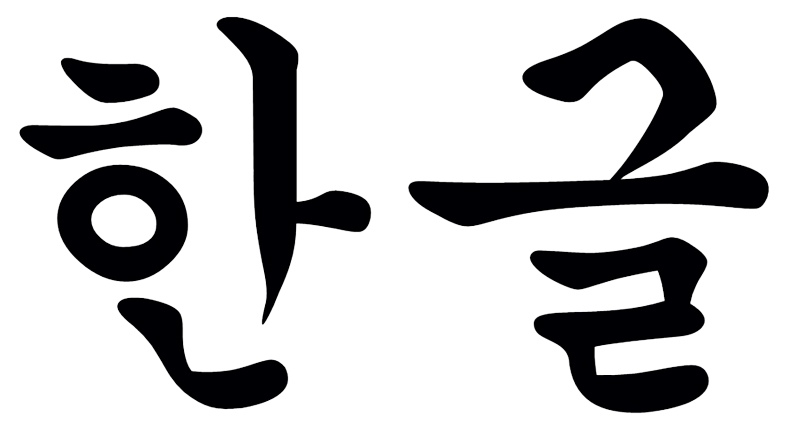 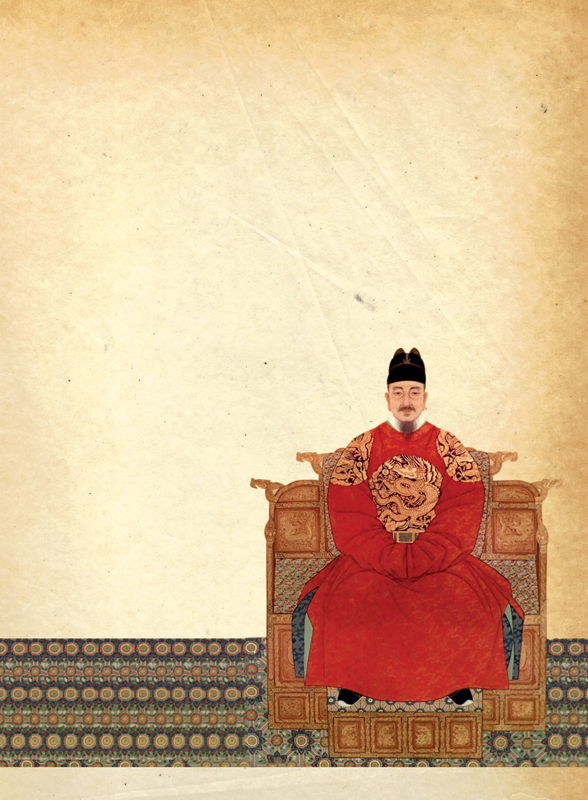 Hangul is the Korean alphabet created in the 15th century.

During the period of Gojoseon (Joseon), in the 1st century AD, a religious festival with purely ceremonial purposes was celebrated with drums, dancing and sacred songs to invoke spirits.

Different sites, works of art and objects have been named as Cultural Heritage of Humanity by UNESCO: the Hunminjeongeum, published in 1446, where the principles of the Hangul alphabet were recorded; the Buljo Jikji Simche Yojeol from 1377, the oldest book in the world printed with movable metal types; and the Pansori—musical storytelling. The royal sepulchers of the Joseon dynasty (1392-1910) are also highly valued.

Kimchi is amongst Korea’s intangible heritage—a recipe cooked in every home of the Korean Peninsula, specifically recognized for the traditional festive ceremony that takes place for its preparation. It’s still present in emblematic family and official events, where communities, and even whole cities gather, deeply involved in the preparation of the necessary ingredients to create this delicious dish. Only nine culinary traditions in the world have ever been recognized as intangible heritage of humanity. 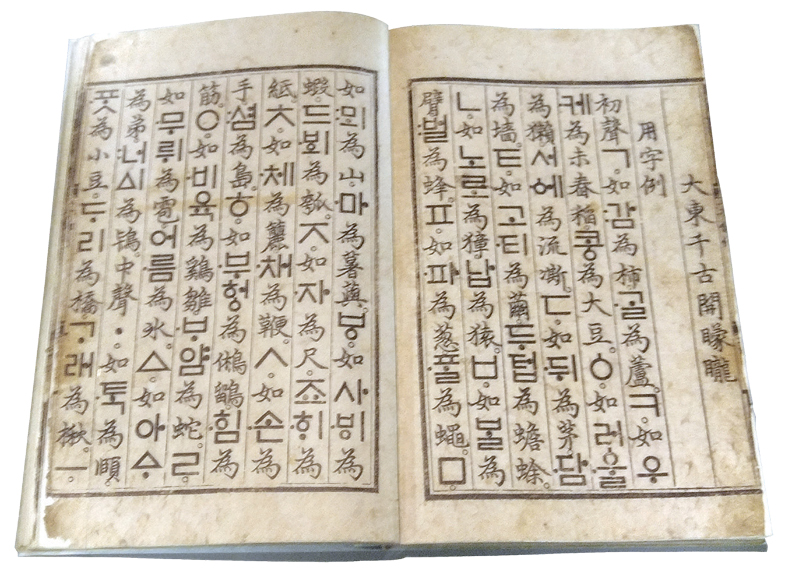 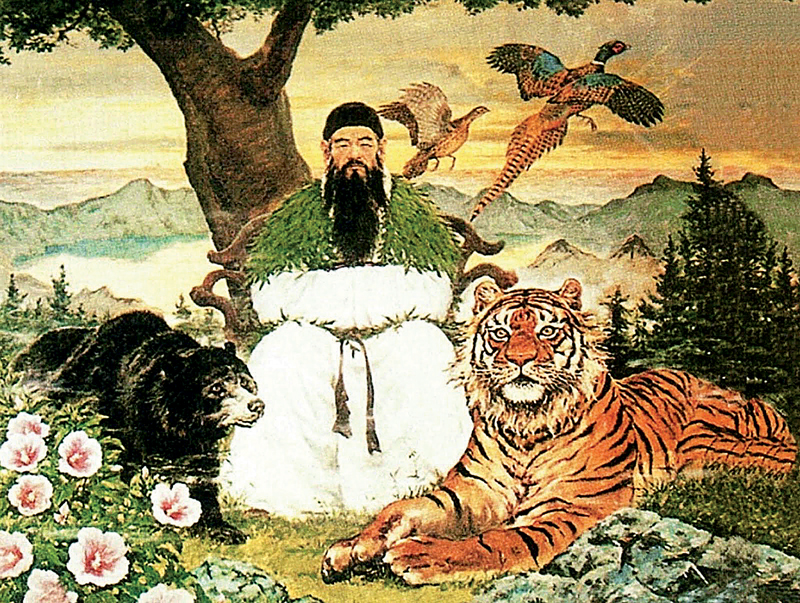