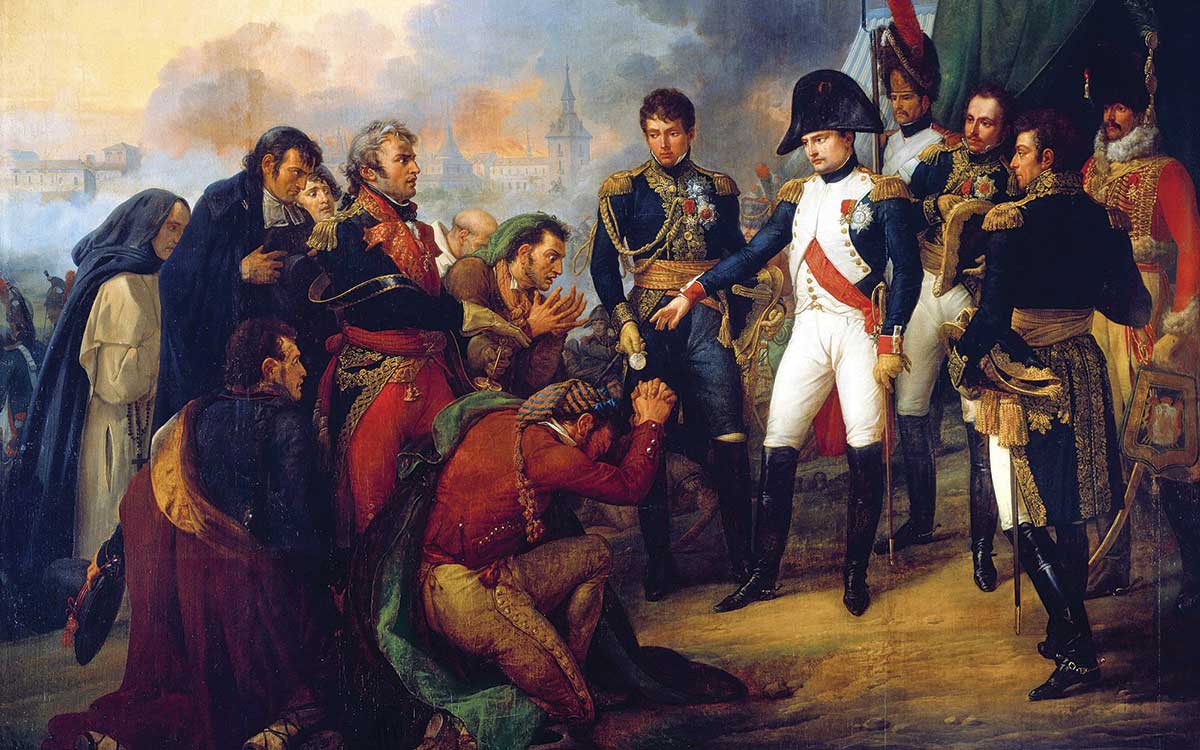 Inside an ostentatious bedroom dominated by red and golden hues, it isn’t difficult to imagine Napoleon pacing from one side to the other, thoughtful. From time to time he approaches the desk that he himself requested to be placed in his room; he looks at his notes, crosses out and rewrites something. The golden eagle that crowns the bed bears witness to the yearnings of who would become one of the most renowned figures in universal history. But restlessness doesn’t always reign in his chambers; sometimes he sits down to rest and memories come back to him. Yes, he still remembers his father Carlo Buonaparte, renowned lawyer, descendant of Italian nobility, who had no greater fortune than his wife Leticia Ramolino and her distinguished beauty; he vividly remembers Corsica, the Island that begot him on August 15, 1769. But no, Napoleon wouldn’t be just another Corsican—it was something he felt deep inside, perhaps it was the result of the nationalist values inculcated by his parents, and besides, if there was a place that could breed a worthy warrior, it was the Island of Corsica. 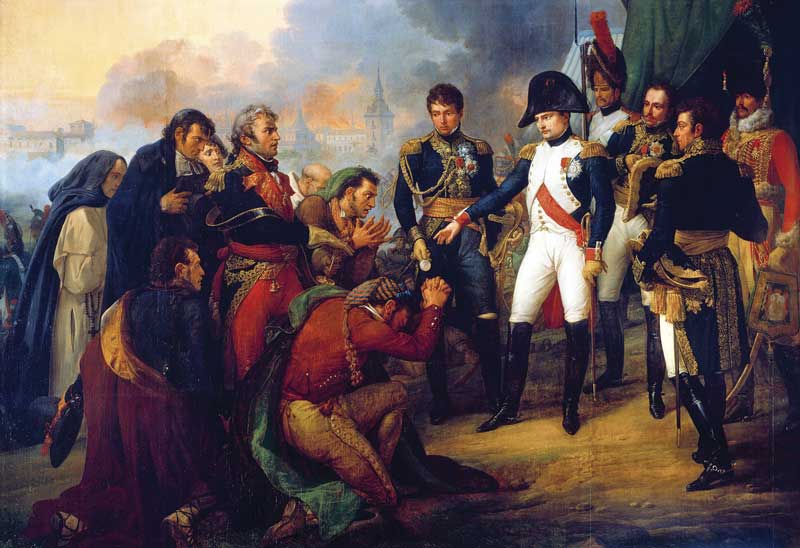 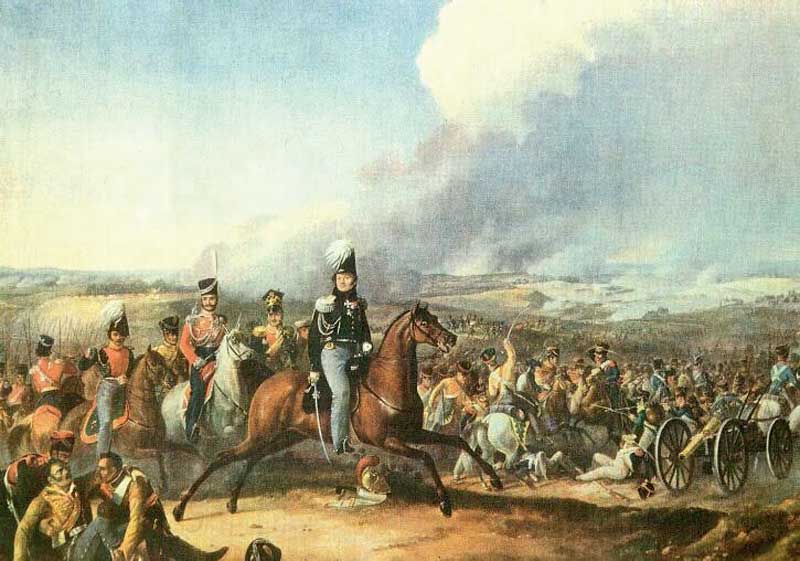 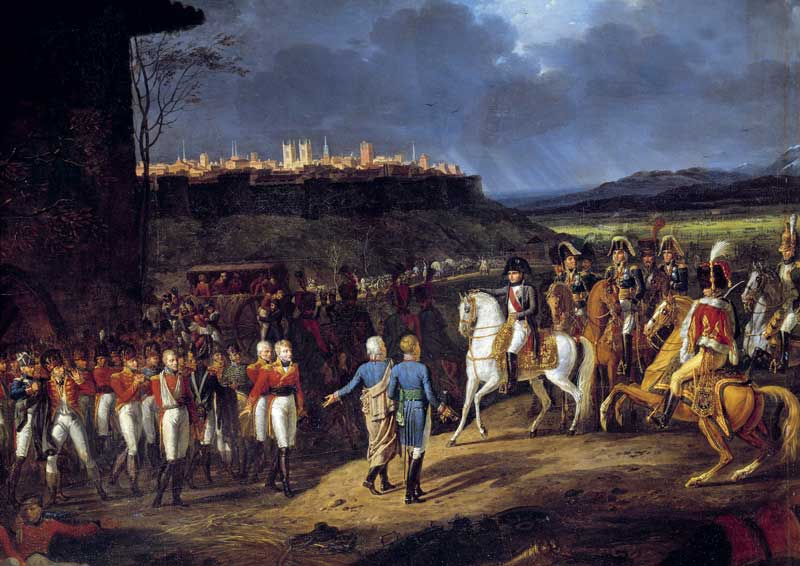 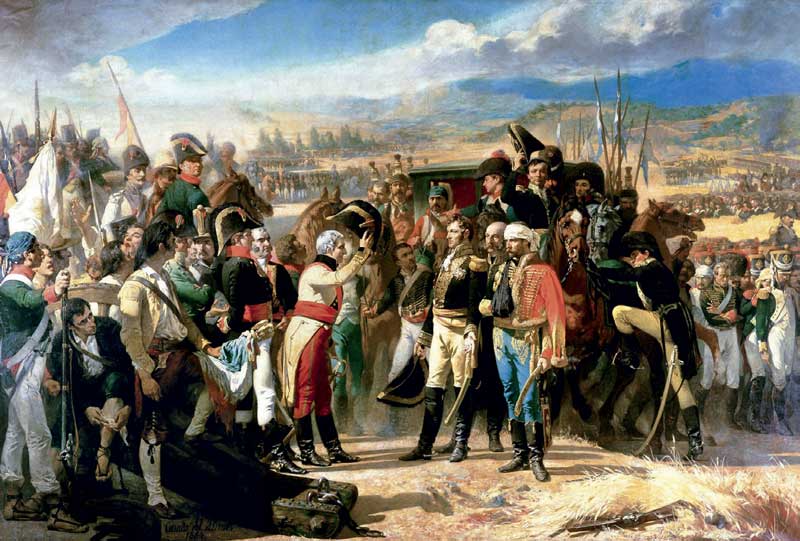 Some people have their fates written from a young age, and Napoleon is a clear example. When he was nine, he received a scholarship to study at the Military College of Brienne. Accounts from some historians speak of his superb capacity for leadership since he was young, his charisma and thirst to be the best. At the age of 15, another door opened; this time it was L’Ecole Militaire in Paris, where he studied historical figures with great enthusiasm, such as Alexander the Great and Hannibal; he analyzed their strategies and perceived them as role models. Silently, one of the greatest military strategists was getting ready.

Despite his brilliant academic career, Napoleon hadn’t had a real chance to prove himself. It was until 1923 when it was time to shine once more, and in what better way than in a battlefield? The French port of Toulon beheld Bonaparte’s first victory; the surf still recounts the story of such battle; it narrates, within the waves and the sea foam, how Napoleon advanced to the front with no fear of harm. He knew that he should stand as an example for his men to follow him and thus triumph—deed that would award him the title of Brigadier General.

France was engulfed in the social and political changes of that period. The atmosphere was erratic: whoever was proclaimed as hero today, could be an enemy tomorrow. In 1795, Bonaparte had another moment of greatness in the way only he knew how; he protected the National Convention, and with this triumph, “saved the Revolution”. From that moment on, Napoleon would become Commander of the Army in Italy. But life isn’t always about battlefields and military titles, Napoleon also had a heart. Or at least that’s what he discovered when he met his greatest love Josefina Beauharnais, a widowed woman who possessed a peculiar beauty and who belonged to high society Paris, and after a brief courtship, they married in 1796. 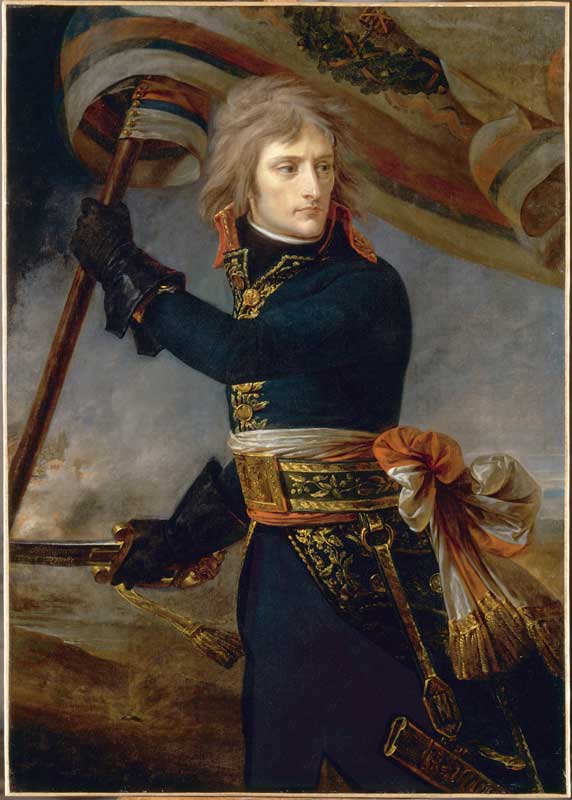 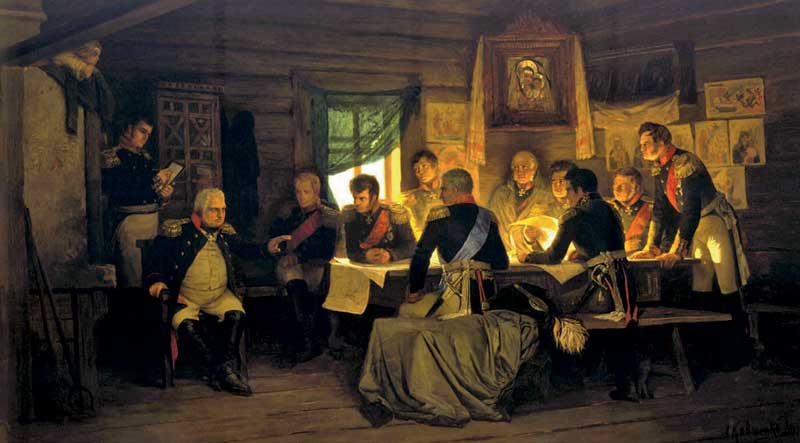 With a magnificent career, anyone might think that there wasn’t anything left to accomplish; however, Napoleon’s nature seemed to know no boundaries. His next step would create a distinct before and after in France; it was 1799, and following a coup d’état, Napoleon ended the Directory—the French Revolution’s last form of government—to pave the way to the Consulate, with him as leader of this new institution. He implemented, among other things, a Civil Code and the Abolition of Vassalage; he promoted religious tolerance and of course he prioritized Education.

At the zenith of it all, Napoleon did something no one had anticipated: in the year of 1804, in Notre-Dame, he took the crown for himself as Emperor Napoleon. The French people felt betrayed, and this was the beginning of the hardest period for France and its new empire. In 1809, he inevitably divorced Josefina, who returned to Malmaison. Two years later, in 1811, Napoleon married Maria Luisa, Archduchess of Austria, and had a son: Napoleon I, who received the title of King of Rome.

Emperor Napoleon was aware that anything could happen; the battlefield, as well as he knew it, was always unpredictable. Blinded by his craving for power, he was unable to imagine himself defeated. Napoleon’s worst enemy wasn’t Britain or Spain; his greatest enemy was himself. Without even imagining it, every step he would take from then on would mean one more step toward his future defeat and exile.

It was in the year of 1812 when a series of unfortunate events led Napoleon to his decline; the Russian winter witnessed his defeat after his failed conquest. In 1814, his empire would come to an end with a phrase that would be preserved over the centuries: “I shall return to France with the violets in the spring”. He was exiled to the Isle of Elba, where he was in command of 1000 and in charge of the economy of the Island, but always responding to an English commissioner. Despite his exile, news reached him from France; Louis XVIII, and his mandate, wasn’t going well. The people were too used to Napoleon and that was a point in his favor, so he returned to France, where he met several supporters who never hesitated to join him. When he finally arrived in Paris, he met thousands of people who praised and cheered his return, but this only meant that a decisive war would soon take place, and with it, rebirth.

Belgium, Prussia and Great Britain would become Napoleon’s executioners. On June 18, 1815, his great defeat in Waterloo came at the hands of the Duke of Wellington, a soldier who had devoted himself to the study of Napoleon’s strategies. The battle was as predictable as the Duke had expected it to be, and it would be the last one before Bonaparte’s final exile to the Island of St. Helena, which was to see his death in 1821.

This is just a sketch of the giant that Napoleon was, is and will continue to be in history. Perhaps the next time you enter the room that sheltered him at the Château de Malmaison you might see him pacing, thinking, planning—always planning. 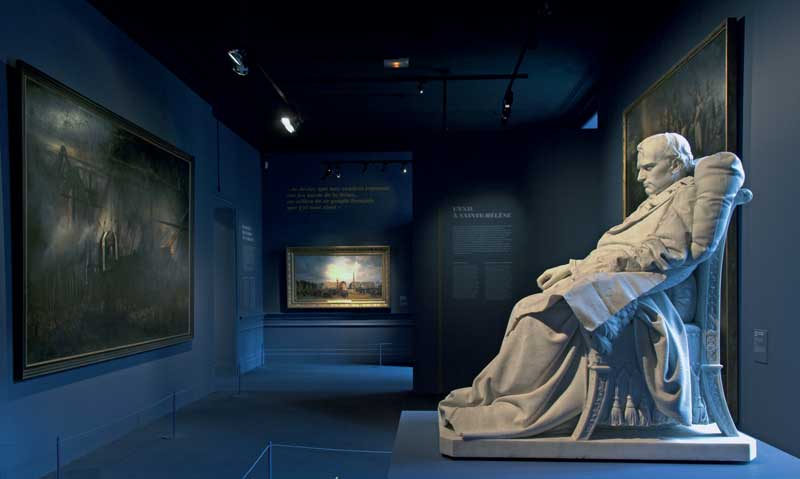 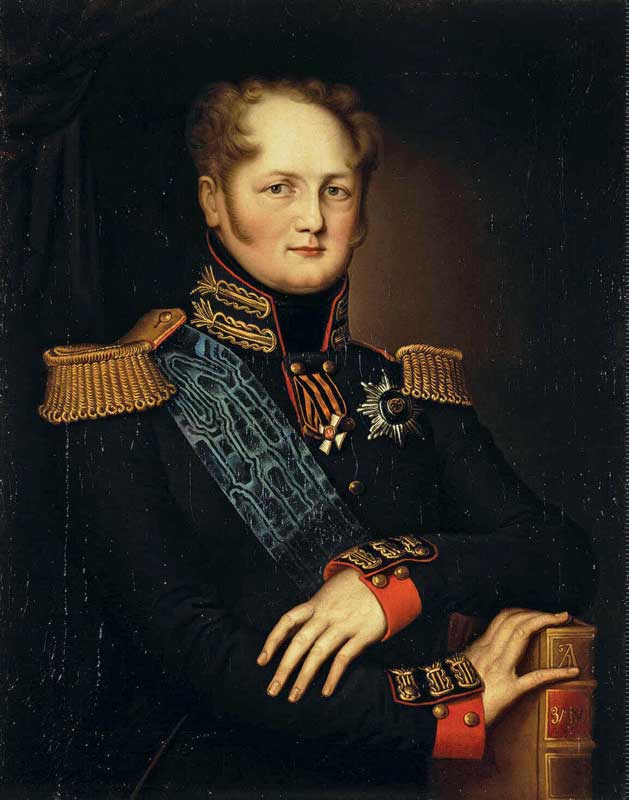 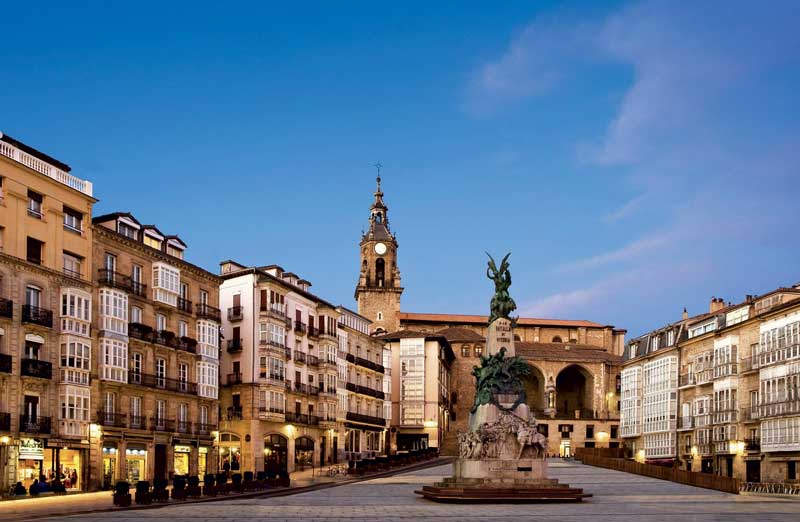 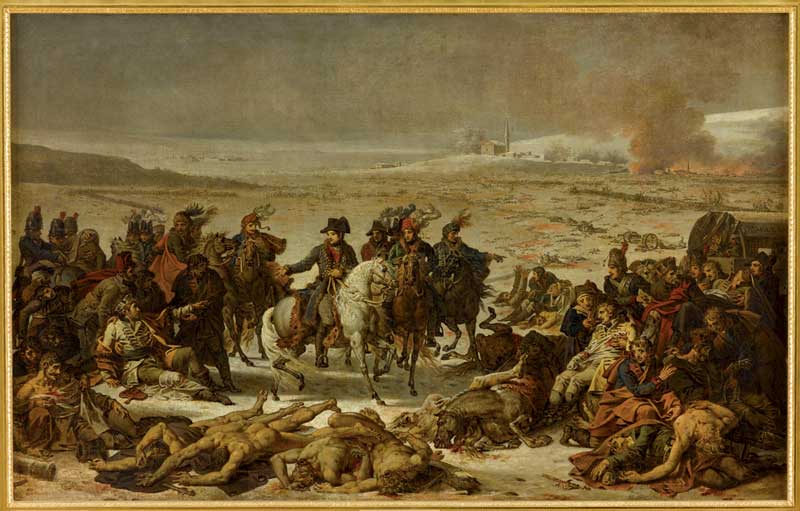