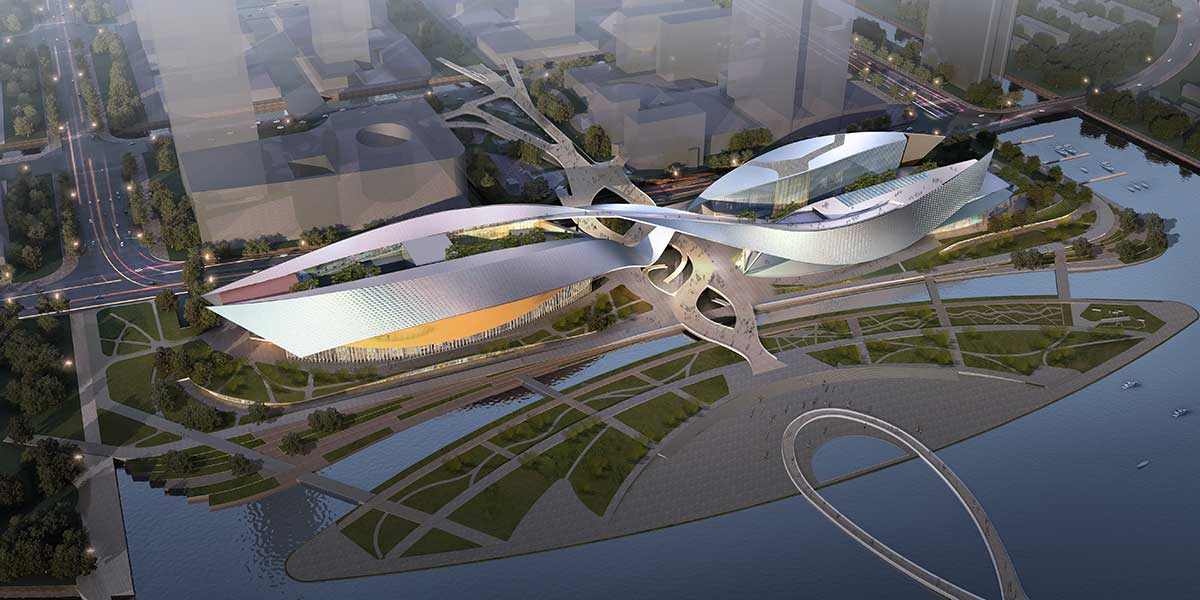 Innovation in design has never been more relevant as cities and communities strive to become smarter, more efficient and forward-thinking. And though technological advances are crucial for functionality, designers and urban planners are prioritizing the aesthetic element to build, at the same time, a new face for a city—buildings are meant to look beautiful, appealing and extravagantly ready for the future. Christian De Portzamparc is one such designer. Of Moroccan origin, he is one of the most prominent French architects with renowned ambitious projects all over the world. He graduated from the Paris School of Fine Arts in 1969, and founded his Atelier a decade later, where he has worked to device new techniques through years of research and analysis, which allows him to build quality living spaces. In 1994, he became the first French architect to obtain the prestigious Pritzker Architecture Prize. 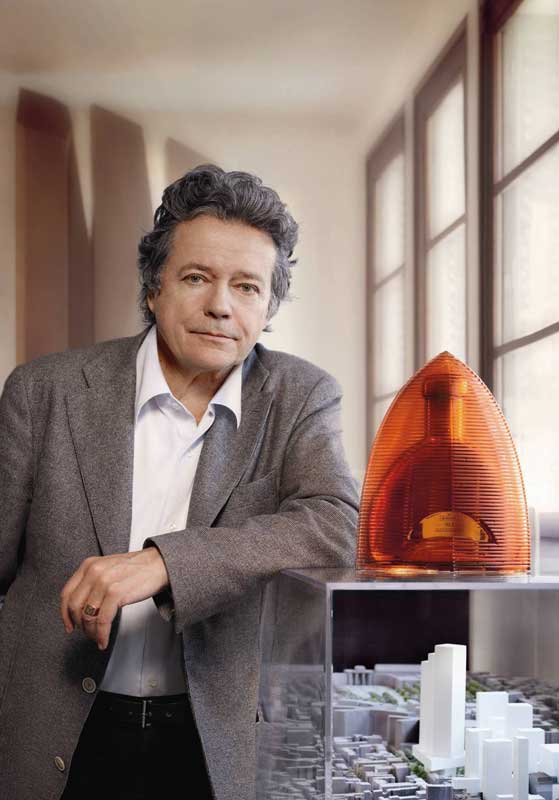 The owners of the Château Cheval Blanc, Bernard Arnault and Baron Albert Frère, commissioned the construction of a new winery to increase production. The structure features wine cellars, a cuvier with 52 vats, offices, a tasting, workshops and more. The project aims to unify exterior with interior, to facilitate natural light and ventilation and thus optimize the iconic French wine-making processes. 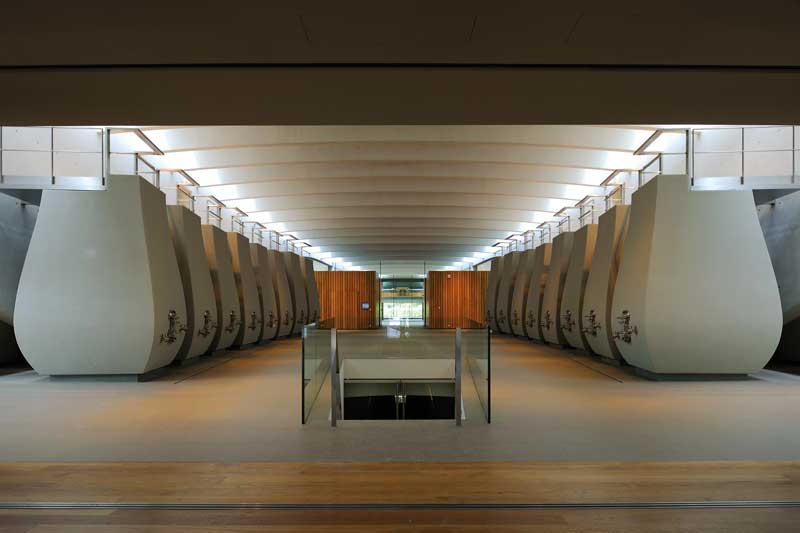 The Atelier delivered this tribute to Dior in 2015. It was commissioned by French businessman Bernard Arnault to portray everything the Designer house represents. The building, in its white glory and subtle asymmetry, rises to the sky in the middle of Apgujeong Avenue in the opulently stylish neighborhood of Gangman in Seoul—the hub of designer shopping boutiques. Its flowing lines symbolize the elegance of haute couture pieces. 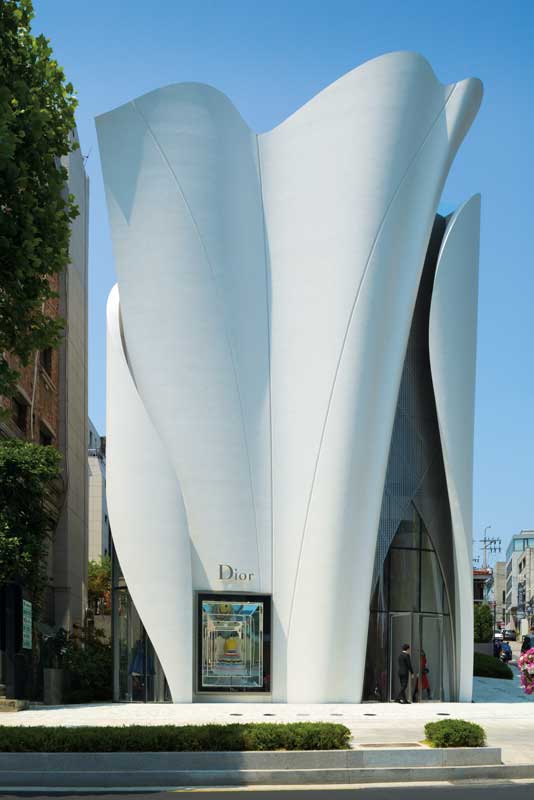 Gary Barnett, the president of Extell Development, commissioned this tower in 2005. After a studious planning process, construction began in 2009—right after the 2008 economic crisis. The 75-story tower faces Central Park and harbors the Park Hyatt Hotel and luxury apartments. The southern façade stands out from the New York City skyline with the glimmer of glass panels that contrast in two different colors. Danish architect Thomas Juul-Hansen was in charge of the interior design. 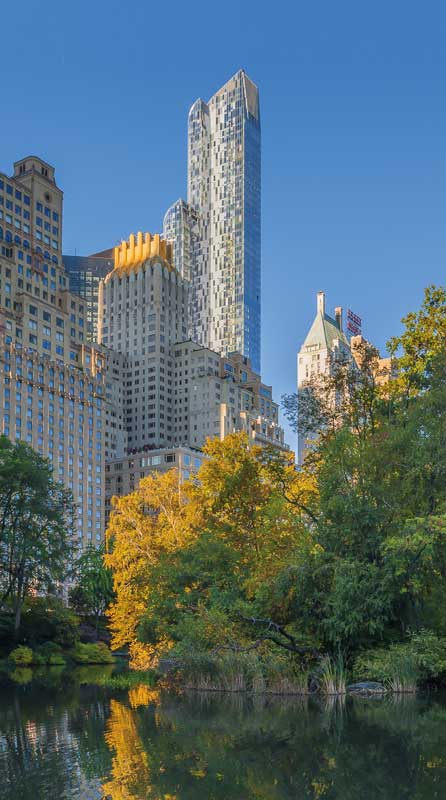 This building is part of the Wujiang Lakefront Masterplan, a series of projects commissioned by the city of Suzhou that covers over 100,000 sq.m. The complex is comprised of an exhibition center, an opera house, a museum, a conference center, restaurants, cinemas and more. Its dual shape alludes to the Chinese philosophy of the Yin and the Yang with a curved design of metallic strips that reflect the water that surrounds the structure. This is one of Portzamparc’s ongoing projects and it will be completed in 2019. 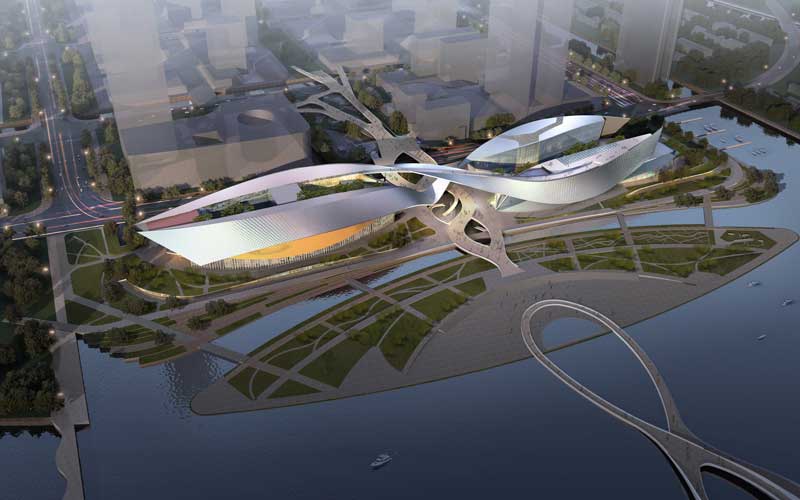 Upon completion, CasArts will be the biggest theater in Africa, complementing and revitalizing the Place Mohammed V in Casablanca, blending traditional and contemporary architecture flawlessly. The project competed against prestigious names like Zaha Hadid, Frank Gehry and Rem Koolhaas to be ultimately crowned as the winner. The structure is simply white and spans a surface of 24,245 sq.m. 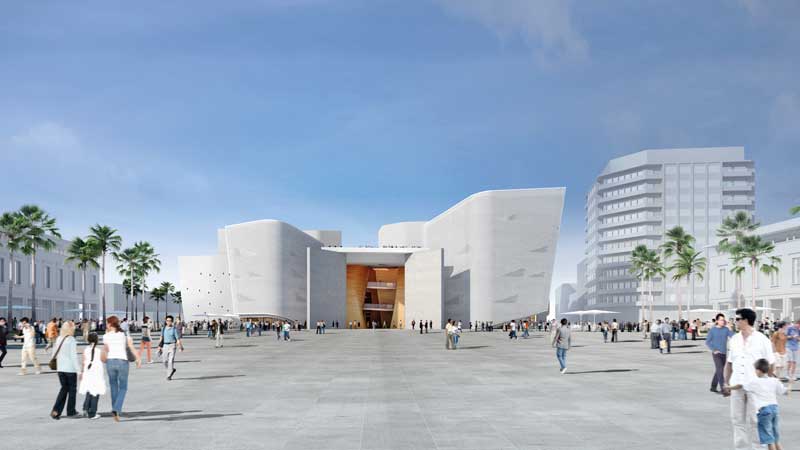