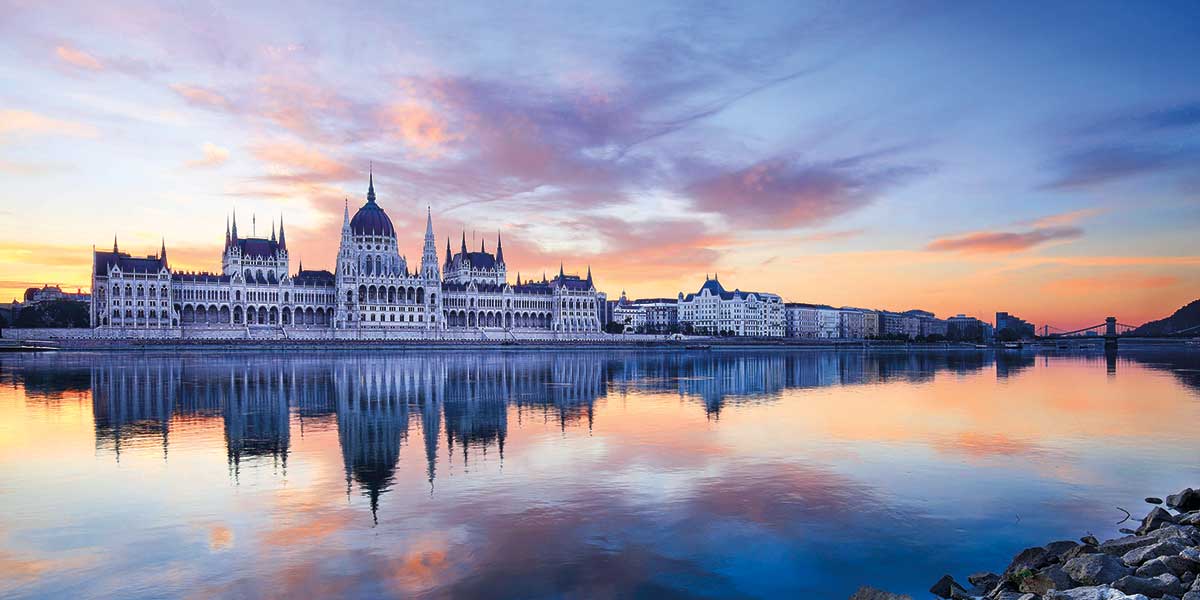 Located in Lajos Kossuth Square on the Danube coast, the Hungarian Parliament, also known as the House of the Nation or House of the Country, was designed by Hungarian architect Imre Steindl in the 19th century as a representation of Hungarian independence. Later in 2011, it was declared a World Heritage Site as a central element in the Danube panorama.

The construction was commissioned at the beginning of April 1882 and plan development took 10 months. Its structure, characterized by the mixture of Neo-Gothic, Neo-Baroque and Neo-Romantic styles, is among the tallest buildings in Budapest, together with St. Stephen’s Basilica—both of 96 meters tall, alluding to important historical events, such as the nation’s 1000th anniversary in 1896 and the conquest of the Kingdom of Hungary in the year 896. 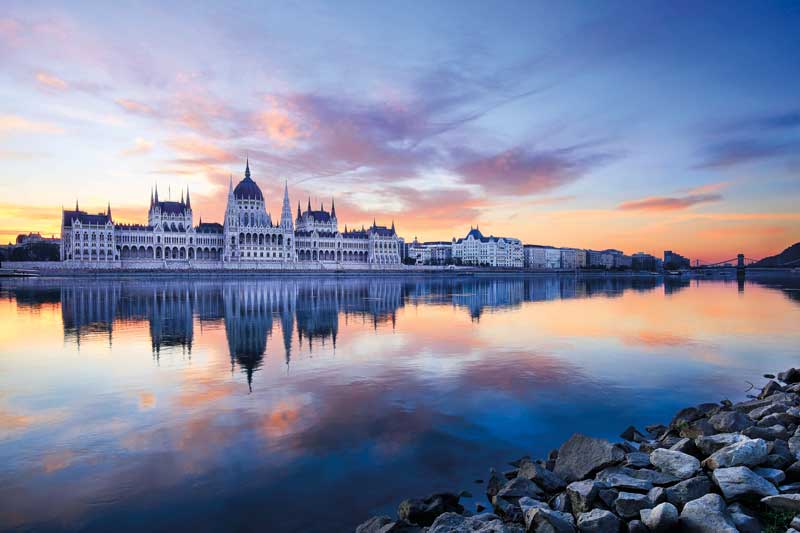 The total space of this majestic building spans almost 18,000 square meters and is divided into four floors. The facade is adorned with 90 stone sculptures that represent important figures of Hungarian history, along with 162 other statues that are part of the decor of the building’s interiors. The Parliament Chamber has a total of 27 entry points. Its intricate design is symmetrical with the main spaces in the shape of a cross with the dome rising at its intersection. Inside the building there are 10 patios of different sizes, 13 elevators and hundreds of offices; the rooms are connected through a system of endless corridors, and the red carpet that runs throughout the building is almost three kilometers long.

Currently, tours are available in the various areas of the Parliament building, such as The Grand Staircase; the Dome Hall; the Holy Crown and the Jewels of the Hungarian Coronation; the former House of Lords; and assembly hall of House of Magnates. 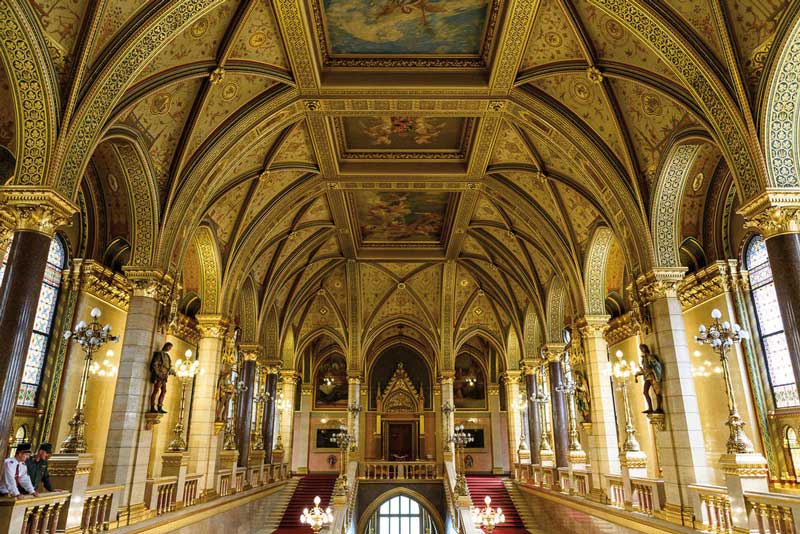 Museum of the Hungarian Parliament

Founded by the Law of Parliamentary Museums, the Hungarian Parliament Museum was created with the sole purpose of preserving and displaying the history and documents of Hungarian parliamentarism.

Its permanent collection boasts pieces that date back to the last quarter of the 19th century, as well as a photographic archive of historical data. The pieces are classified into three criteria: historical, permanent,  and Fine Arts & Applied Arts. In its halls, you will find exhibitions of diverse themes, related to the institution of the Hungarian Parliament, in addition to the commemorative site of 1956 that has been in operation from October of 2014. 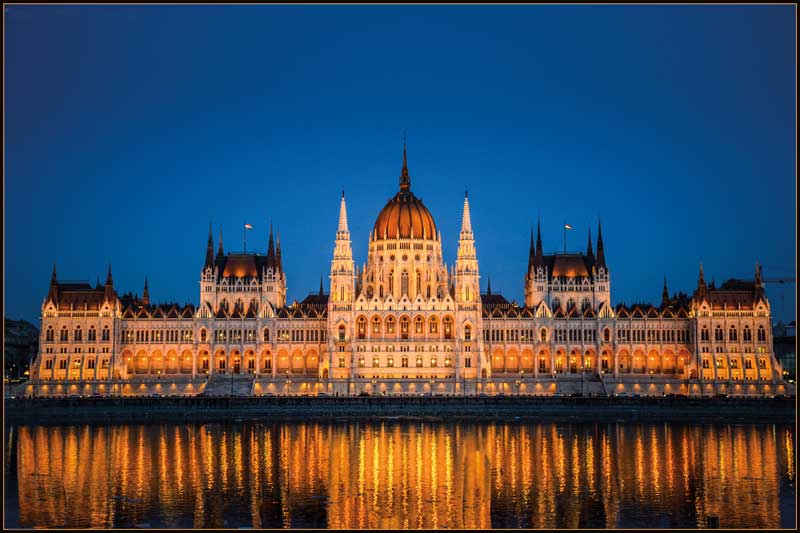 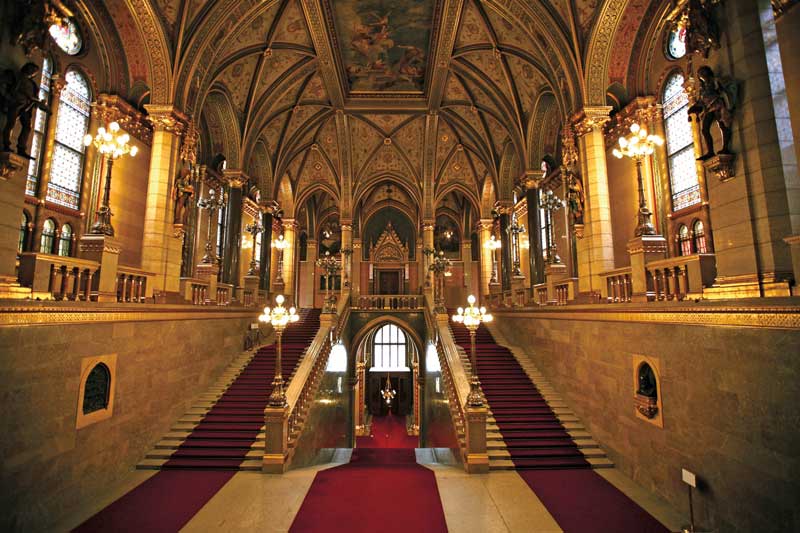