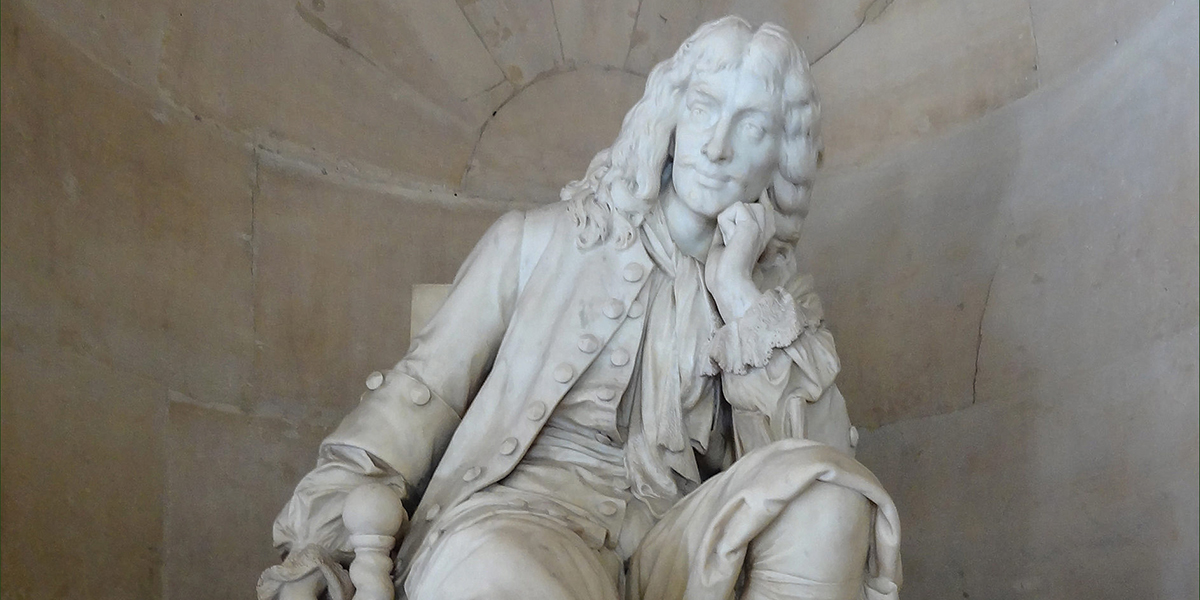 “ There is no secret of the heart which our actions do not disclose.” Molière.

Molière is considered the father of the Comédie Française, he is recognized as one of the best western dramatists, he is also famous for his acting career and because he established great guidelines as a stage director.

His biographers say that at age 21 he decided to follow the path of acting. Molière came from a wealthy family, he had graduated from Law at the University of Orleans, and his father was the master upholsterer of the Royal Palace; besides being an actor in his day he did not even have the character of office: he was seen as a stigma typical of sinners without the right to the cemetery.

Against all odds, Molière developed his vocation and talent while traveling through Languedoc as part of a company of professional actors L’Illustre Théâtre - of which he was co-founder and which, after a while, became his property. During these tours he began to create farce and comic works, wrote both in verse and prose, that satirized the characters and institutions of religious and secular power; with a strong criticism of the social context, the weaknesses of explicit human nature in hilarious situations with the brilliant touch of his literary and political sharpness, his inspired spirit was existed under the gifts of creativity.

In 1650 he appeared with his company La troupe de Molière before King Louis XIV, who granted him the theater of Petit Bourbon, in Paris, where his works acquired popularity immediately, although it implied the existence of detractors among those who were portrayed. “Tartuffe” was censored -by the same monarch- for five years, in what is presumed as a result of pressure from the ecclesiastical authorities. However, the king continued to protect him: in 1660 he moved to the Royal Palace; Four years later, he held the position of head of the amusements of the court, and then directed the Royal Company (Troupe du Roi), named in 1665.

From his first comedy –”The Flying Doctor” in 1645- he premiered around 25 works: “The Precious Ridiculous”, “Tartuffe”, “Don Juan”, “The Miser”, “The Middle Class Gentleman”, “The Misanthrope”… His performances incorporated acting, music, and ballet.

He acted until the last day of his life, on February 10, 1673: while he starred in the main character of his last work, “The Imaginary Invalid”, vanished on stage ... Molière brought his talent to the good taste of laughing at himself, and wrote for his own epitaph the following phrase: “Here lies Molière, the king of the actors”; in those moments he acted his dead and really it was.

His career brought prestige to histrions and comedy; Its name is linked to the institution of the Comédie Française, which has remained in force since the 17th. century and is also known as the “Molière’s house”.Although it was inaugurated 7 years after his death, it is linked to the consequence of his influence and artistic work. 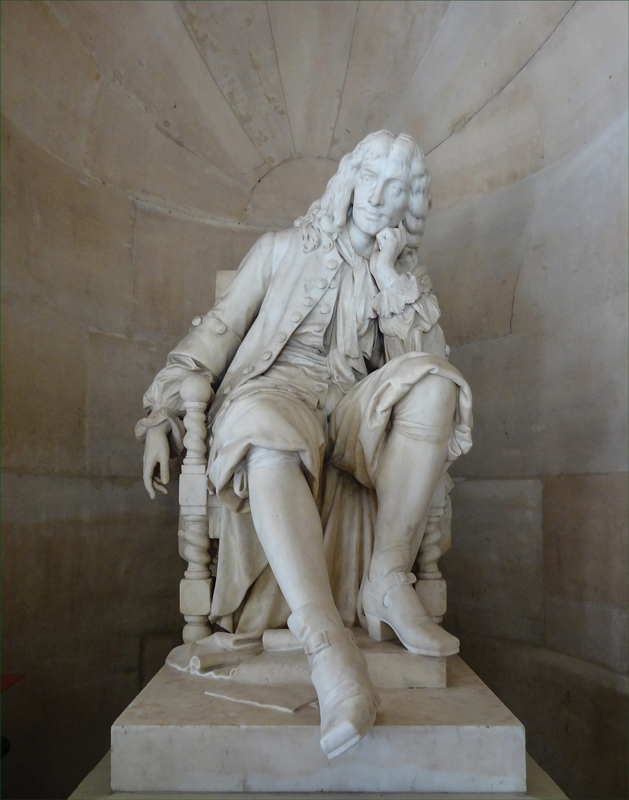 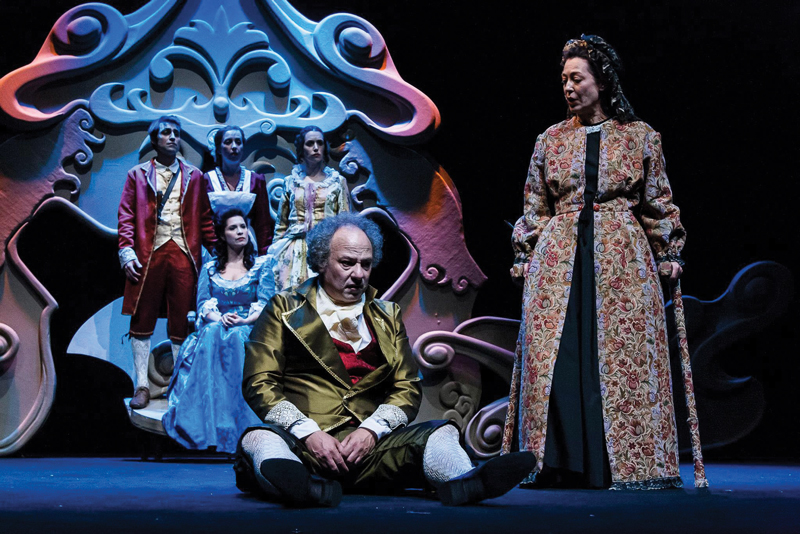 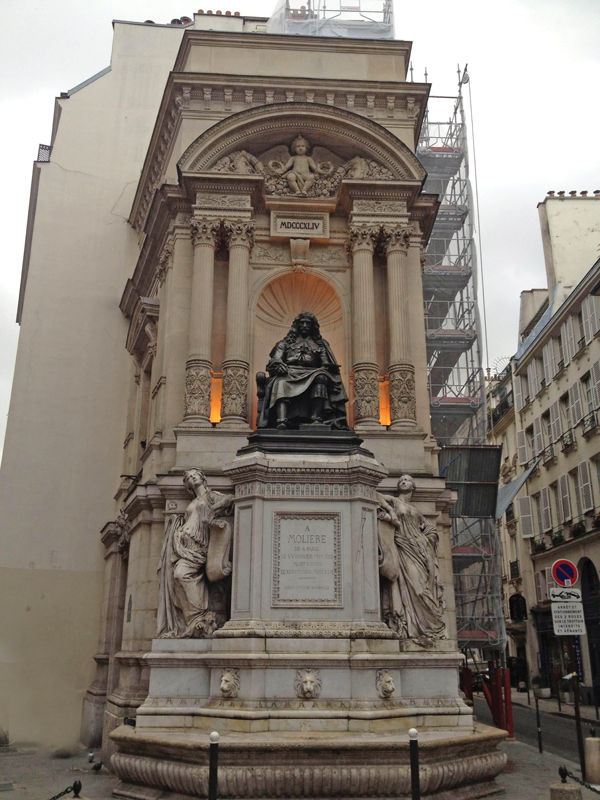 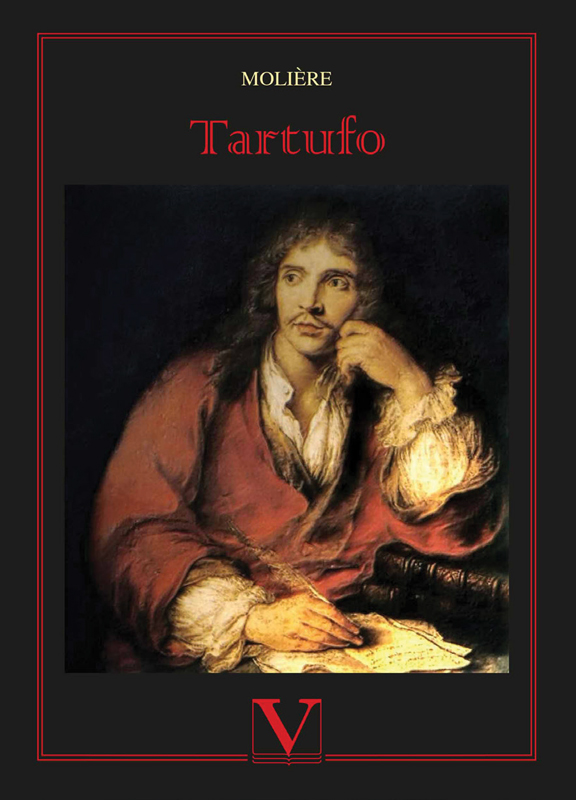 “The duty of comedy is to correct men by amusing them.”
- Moliere

Molière was officially named Jean-Baptiste Poquelin (1622 - 1673). His works have been translated into all languages, they are on billboards throughout the world, adapted to the various genres of art. Humor is still the way in which the excesses of some facts and their protagonists come to light, which seem to be taken from the extreme comedy of life that Molière perpetuated.

Marcel Pagnol said: “If Jean-Baptiste Poquelin was born in Paris, Molière was born in Pézenas” and thus shows how important it is for the city. Year after year from May to October, in a theater ambiance,  international symposiums and historical reconstructions are organized. Scénovision Molière is a place set with decorations, images and music of the 17th. century that arrive to transport us to the reunion with the last presentation of Molière or with characters such as Madeleine Béjart or the “Sun King”.

There is a belief that Molière is the most represented author in France and that surpasses the staging dedicated to the creations of any contemporary playwright. It can be said that his High Comedy is in perpetual renewal.