Past and Future of El Guernica 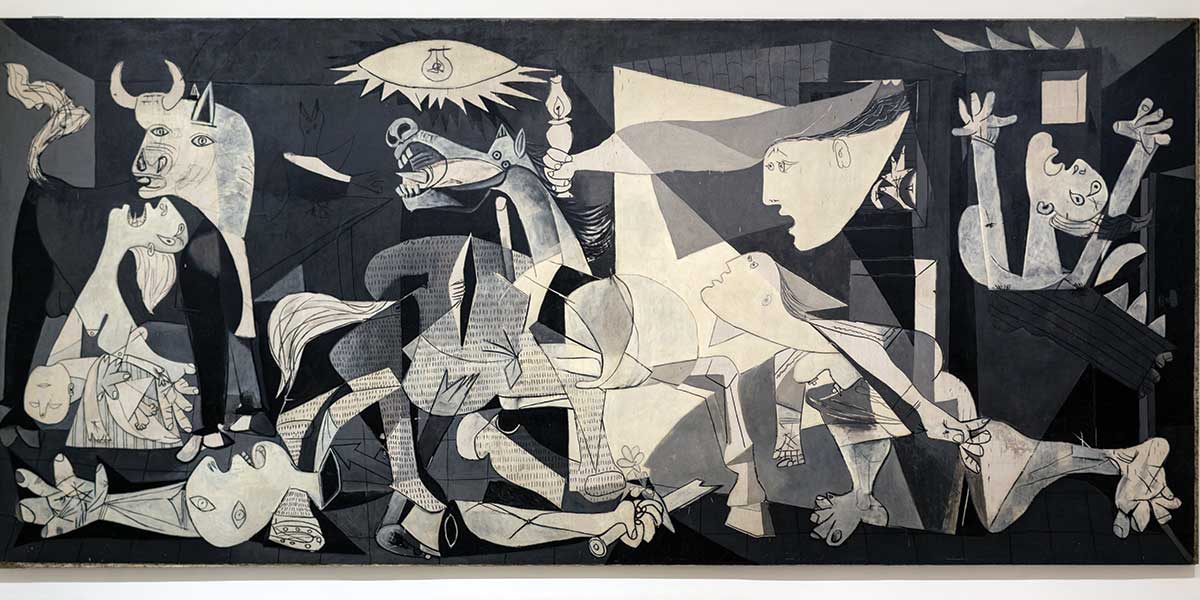 A work with history that is still written.

Pablo Picasso turned 138 in October and the next April 2020, it will be the 82nd year of the reali-zation of his greatest work: El Guernica.

The art usually reflects the times during the artist’s life, the political, intellectual and cultural climate of his era; What the Germans call Zeitgeist, we translate as the “spirit of the time.” Picasso’s monumental oil painting, El Guernica, unequivocally represents, the spirit of the time in which the Malaga native made the work, and it becomes fundamental to frame the creation of the piece in its precise historical context.

Throughout the year 1937, the world saw the beginning of World War II coming with anguish and Spain was plunged into a Civil War. The republican forces of the Popular Front were facing Franco’s troops. The latter received the support of Hitler’s Germany and Mussolini’s Italy. On April 26th of that year, the Condor Legion of Nazi aviation, bombed the Basque town of Guernica. The population was completely

destroyed. The importance of this town in the Basque country is symbolic. Guernica has been keeping the Guernica tree (Gernikako Arbola in Basque) sacred for the Basques for centuries. This oak has represented, since the 14th century, the liberties of Biscay and by extension that of the Basque people. 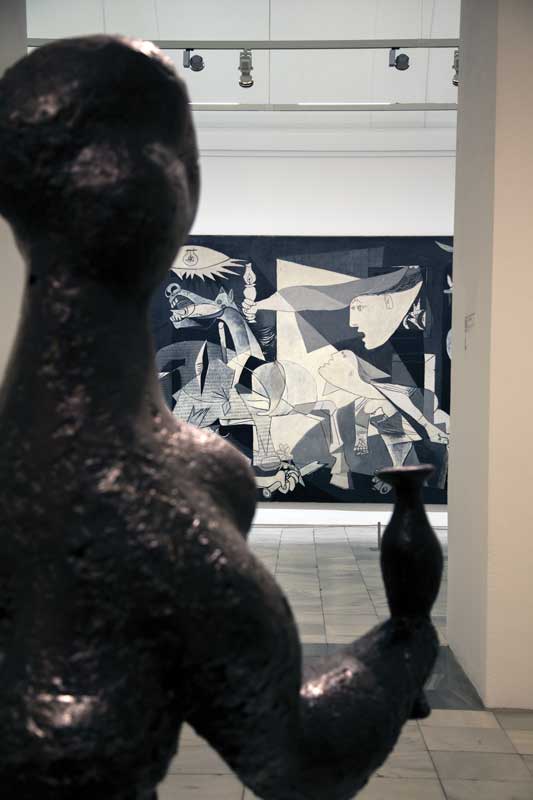 That same year, Paris was the headquarters city of the Exposition Internationale des Arts et Techniques dans la Vie Moderne that would open during the spring. Perhaps the most notable pavilion was Spain’s, lead by the architect Josep Lluis Sert. Rosario Peiró, director of the Collections Area of the Reina Sofía Museum, comments, “When the Republican government decides to take part in the International Exhibition of Paris in 37, wants to do it in an important way. It invites the great Spanish artists to participate. ”

Picasso walked along the memorable path of Goya and his Fusilamientos (1814) or Velázquez with his Surrender of Breda (1635). On this occasion it would be the Government of the Second Spanish Republic, with the backdrop of the Civil War, who entrusted the work with the specific purpose of awakening sympathies for the republican cause.

El Guernica denounces with brutal violence the present of Spain in the 30’s, but sinks its roots in its mythological, popular, eternal figures of a known symbolic value. Characters of the composition such as the brave bull and the horse, have symbolic resonance of Iberia. In the middle of the tragedy, death and destruction the bull and the horse still know bullfighting. Thus, bright and agile, black and white nuances pain and tradition, paints prose and makes poetry. Allegories, metaphors and symbolisms with which the people identify and take in the images with special fervor and endorse the protest against horror and death. It’s the popular welcome and not the political idea where the work receives its greatness. 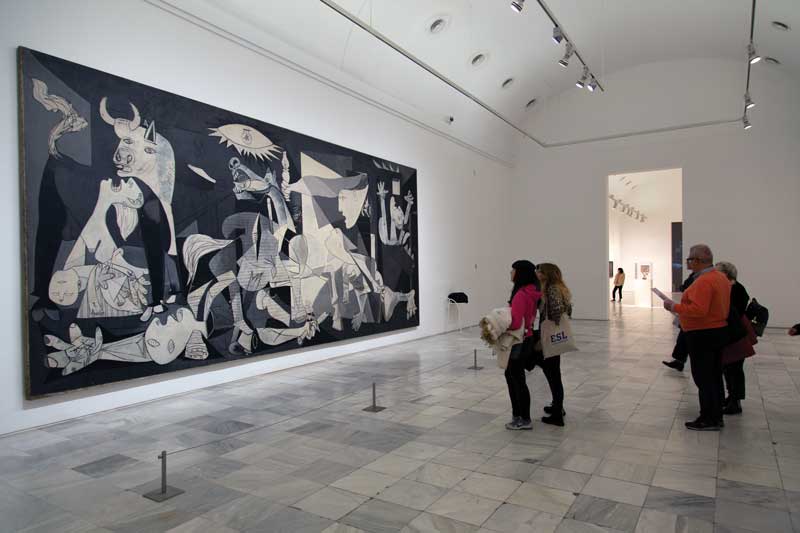 Where does El Guernica should be?

Once the government of the Republic was defeated, the pavilion material was adrift and so Picasso presents the piece in different exhibitions around the world. Fundraising trips, in order to help exiles and refugees from the Spanish Civil War. When the Second World War broke out, the artist decided to leave the work at the MoMA in NY.

When Franco died in 1975, two years after the artist’s death, negotiations began with MoMA and the work ended in Madrid, in the Casón del Buen Retiro, annex of the Prado Museum. In 1992, it was transferred to Reina Sofía, a museum of modern and contemporary art.

Andrés Úbeda, Associate Director of Conservation and Research at the Museo Nacional del Prado, ensures that “Picasso had shown his interest and his willingness for the painting to end up at El Museo del Prado, he was a painter who had an enormous historical awareness.”

In the opinion of Úbeda, “The problem is that El Reina Sofia has the vocation of being a strictly contemporary art museum. El Guernica was created in 1937, we go for the first centenary of a painting that is no longer so modern. So, the awareness we all have is that someday El Guernica and Picasso as a whole will return to the Prado Museum.” 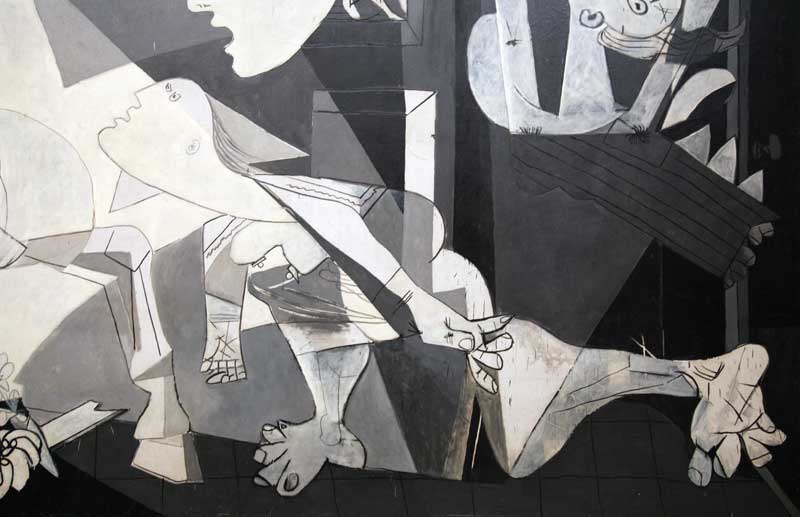 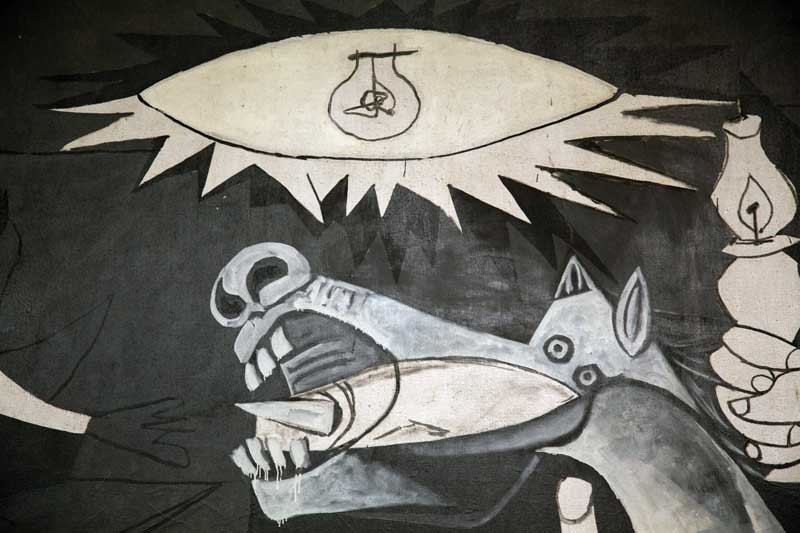 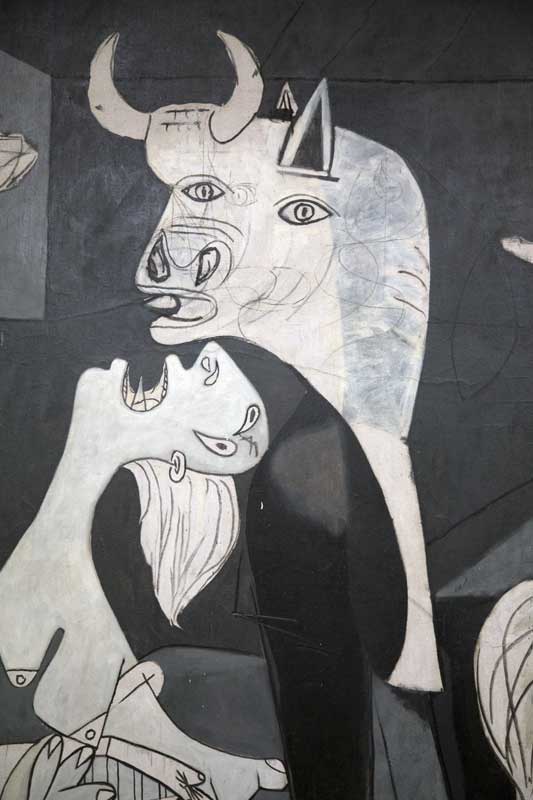