Architecture and design in Paradise 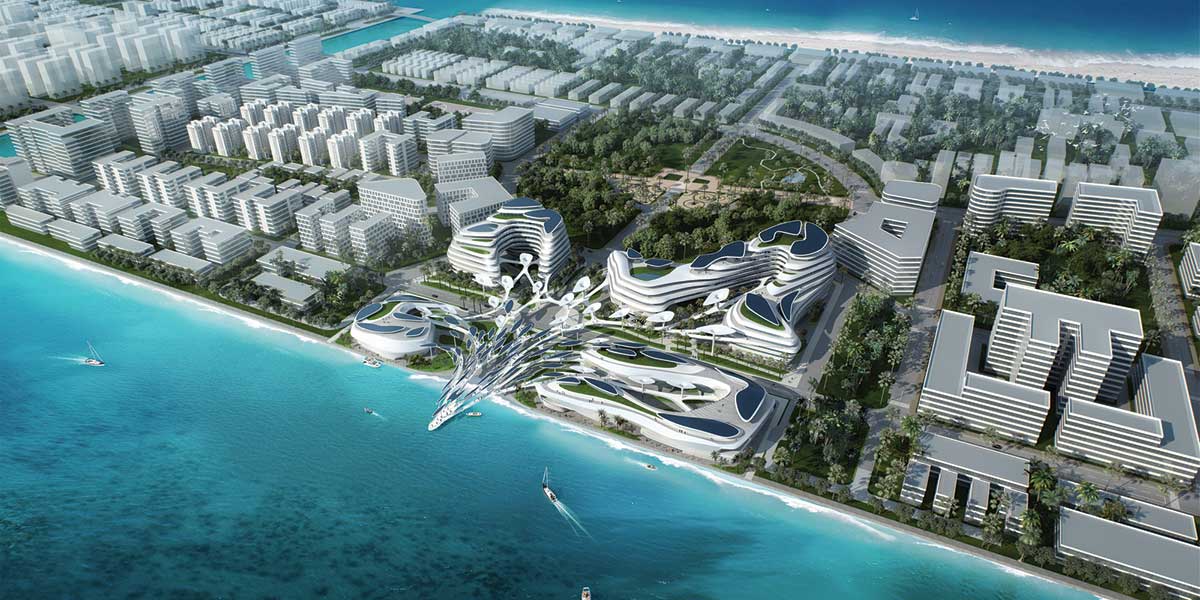 The Maldives, which faces an environmental threat like no other nation due to rising and worrisome sea levels that could leave it underwater in a few years, has received different proposals from architects around the world who agree that the real solution is the creation of semi-submersible oil platforms or floating islands.

In 2010, Mohamed Waheed Hassan, who at that time served as the country’s vice president, said in a World Bank report: “We are one of the most vulnerable countries on Earth and therefore we need to adapt.”

On the other hand, the government has also announced some solutions such as buying land in India or Australia, with the aim of forming a republic of exile, a refuge for up 400,000 inhabitants escaping from the place where their country used to be: an acceptance of defeat that has not come to fruition because of the culture and identity of the islands, which date back more than 2,000 years. 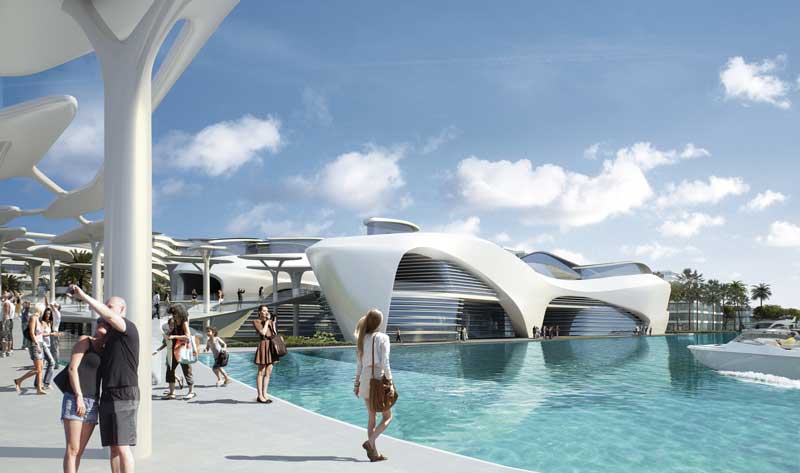 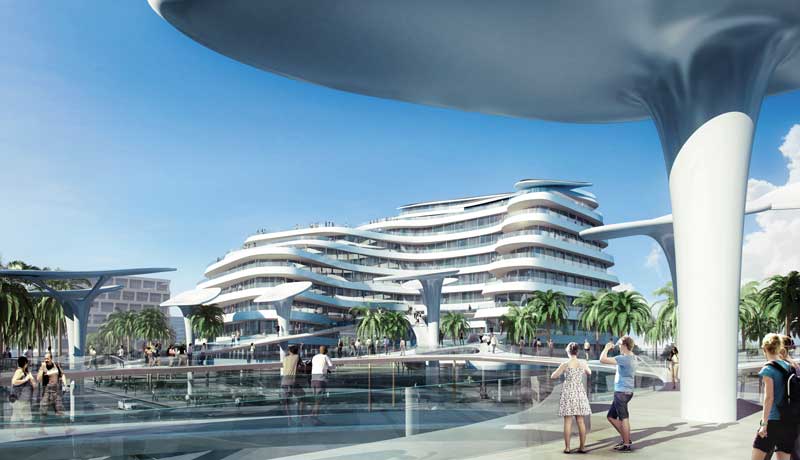 It is located on Malé Island, capital of the Maldives, and was edified over the Hukuru Muskuiiy Mosque, built by the first Muslim sultan in Maldives, Mohamed Bin Abdullah, after his conversion to Islam.

Today recognized as the oldest of all in the islands, the Old Friday Mosque dates back to 1656 and is built with coral stone and different inlays that make it a true work of art. To enter it is necessary to request a special permission issued by the Ministry of Islamic Affairs.

Inside, the prayer carpet faces in the direction of Mecca. It has three entrances and two rooms surrounded by antechambers. It has a vaulted and decorated ceiling. Local master carpenters employed traditional carving and lacquering techniques to achieve culturally significant ceilings.

The minaret was built with coral stones reinforced with metal strips. It is surrounded by a cemetery with tombstones of the same material in round shape for women and pointed for men; as for those of the sultans, they are distinguished by the inscriptions in gold-colored letters.

In the mid 80’s, the Great Friday Mosque was built with the funding of several Gulf countries. Currently, it is distinguished for being the largest in the city, which allows it to be seen from almost any point. It was constructed with white marble, crowned by a golden dome.

Malé is supported by other neighboring islands such as Hulhule to complement the services it must provide as a capital city; for example, an international airport. Additionally, there was the necessity to build an adjacent artificial island. 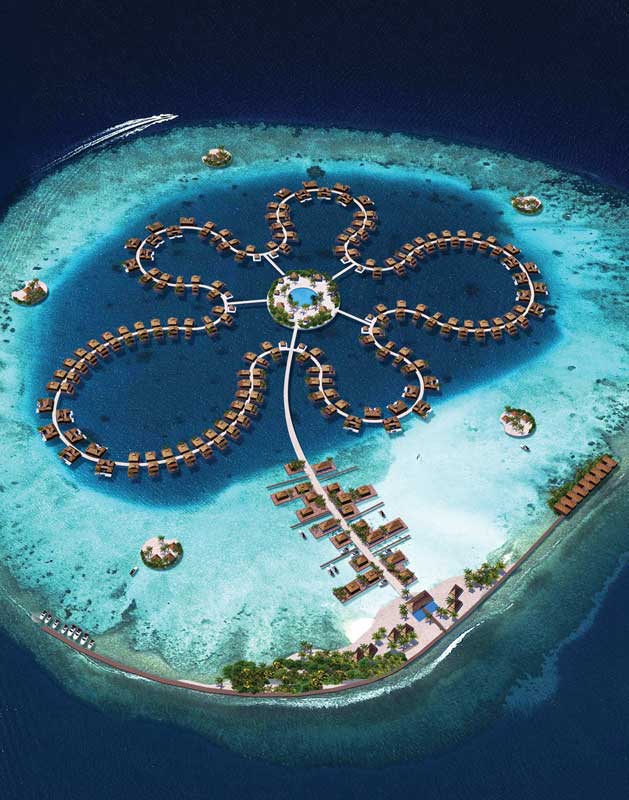 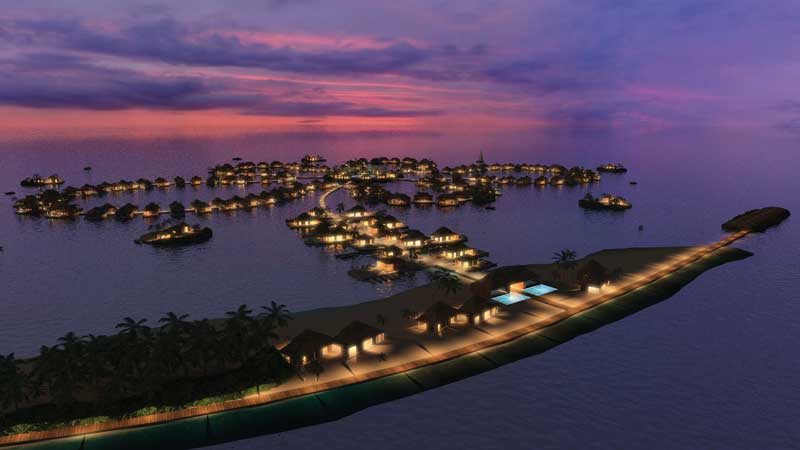 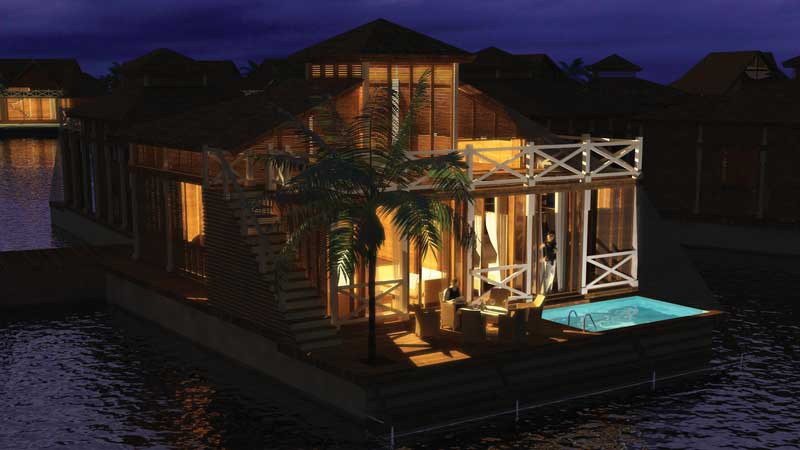 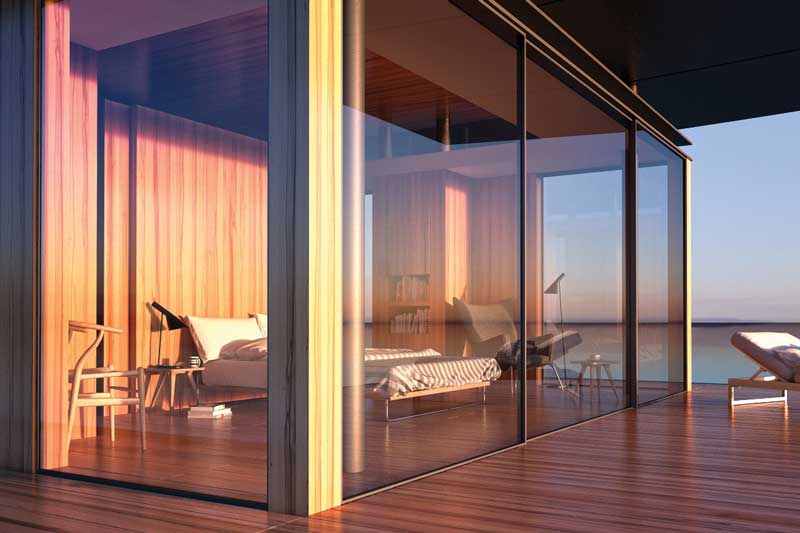 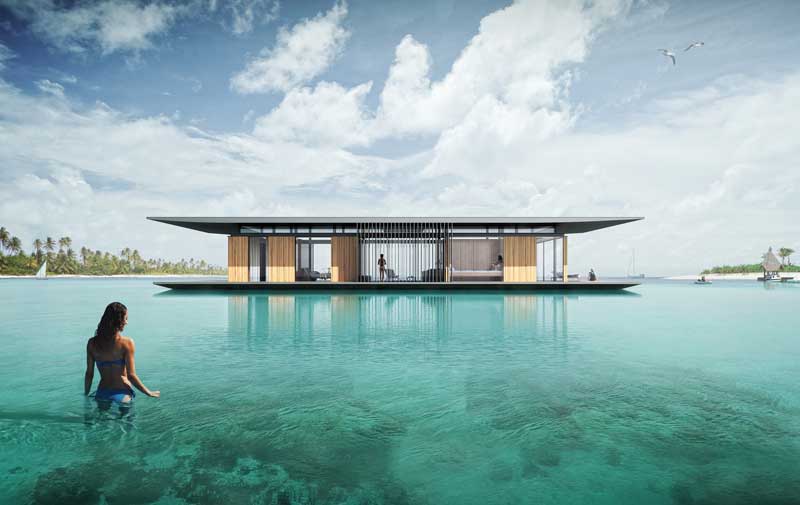 The City of Hope

This new artificial island, named Hulhumale, and nicknamed ‘City of Hope’, is considered by many to be the creation of the 21st century.

According to the director of business development for the Housing Development Corporation (HDC) overseeing the floating island, Areen Ahmed, it is “being developed through careful consideration of climate change in its architecture and communities.”

According to experts, this could be achieved by considering that, in contrast to the unplanned nature of Malé, the artificial island was designed under different green urban planning standars, with buildings oriented from north to south to reduce heat accumulation. In addition, the streets optimize wind penetration to make dependence on air conditioning almost non-existent. To reduce car use, schools, parks and other public places are located a maximum of 200 meters away from residential developments. One-third of the urban development’s electricity is provided by solar energy and rainwater harvesting was configured to guarantee water supply.

Today, most of the buildings in the Maldives are built with the help of local experts in order to generate the minimum possible impact when located close to reefs, vegetation, etc. The use of bamboo, native woods and prefabricated systems should be sought.

Several complexes have already been built under these regulations. Such is the case of OFIS Architekti, which in 2009 selected four islands for the development of five-star resorts offering different types of amenities and services, with views and spaces facing the ocean.

Located on Noonu Atoll, the Tavaru Restaurant is distinguished from the rest of the buildings by its contemporary, futuristic architecture with a primitive touch, offering its visitors varied experiences. It was completed in 2014 and was commissioned by ADR Architects.

The place generates a suitable environment for the storage and presentation of a unique collection of the world’s finest vintage wines, which are served in accompaniment to an extraordinary Japanese experimental cuisine. In terms of architecture, its creators explained, the greatest challenge was to achieve a harmonious symbiosis with the other buildings on the island.

To achieve a building of this height (23 meters) in a site like the Maldives, it was a challenge to plan the construction combining traditional and local methods, with techniques and typical materials of modern European construction, such as reinforced concrete for the facade, which serves as a support tube, around a spiral staircase made of prefabricated steps.

Finally, Oceans’ Haven, an ecological city that will connect the island of Hulhumale to the ocean, is scheduled for completion in 2021. It was Beijing and New York-based design studio CCA Architects that won the ‘Maldives Airport, Economic Zone Development’ competition.

It is a nature-inspired project, of which the Master Plan features unique winding buildings covered with green roofs and solar panels; it is being carried out in collaboration with Beijing Urban Construction Group Co. A mixed-use development will be installed that will promote high-density urban living with public transportation consisting of both water and land-based commuting.

A unique factor of Oceans’ Heaven is that it will extract energy from tidal waves to generate up to 70% of the electricity needed to power the entire project. Some of the amenities that will be integrated are a cultural center, restaurants, a business center, shopping and convention centers. Passive cross ventilation and rain harvesting will also be incorporated into the design.

According to CAA architects the development will seek to unite architecture, art, environment and culture in the Indian Ocean. 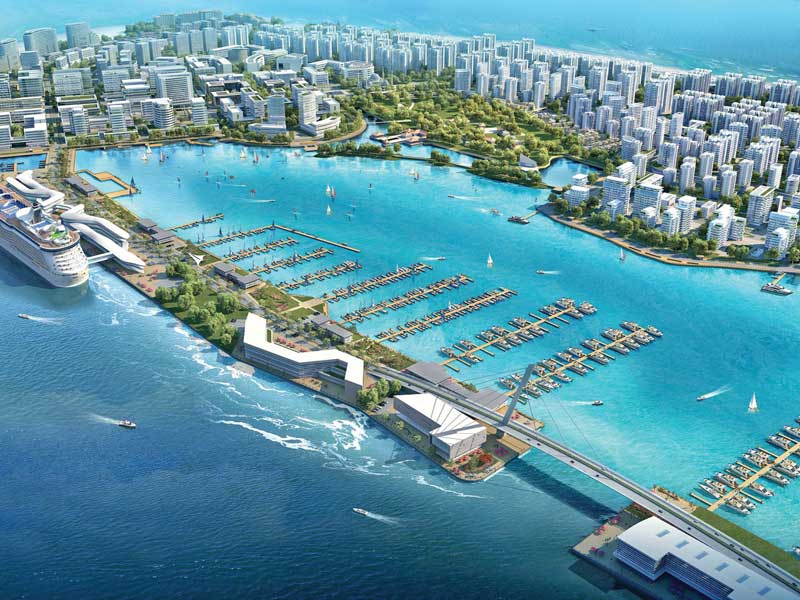