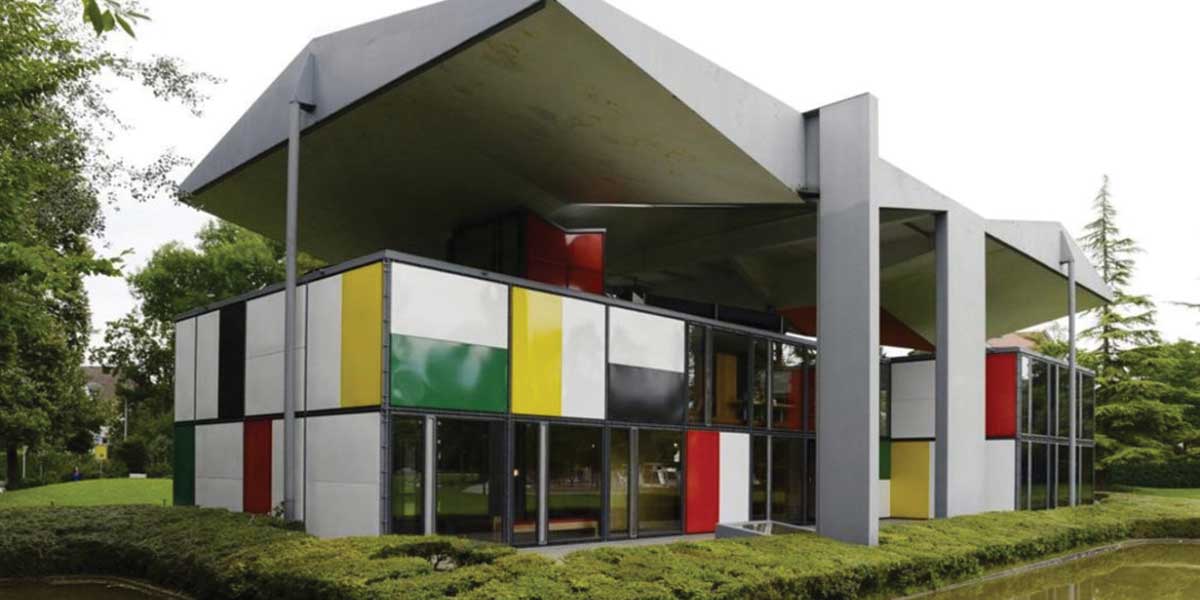 Le Corbusier's buildings and the Paul Klee Museum, as well as the creations of Paul Klee and H. R. Giger, have gone around the world because of the genius with which they were conceived 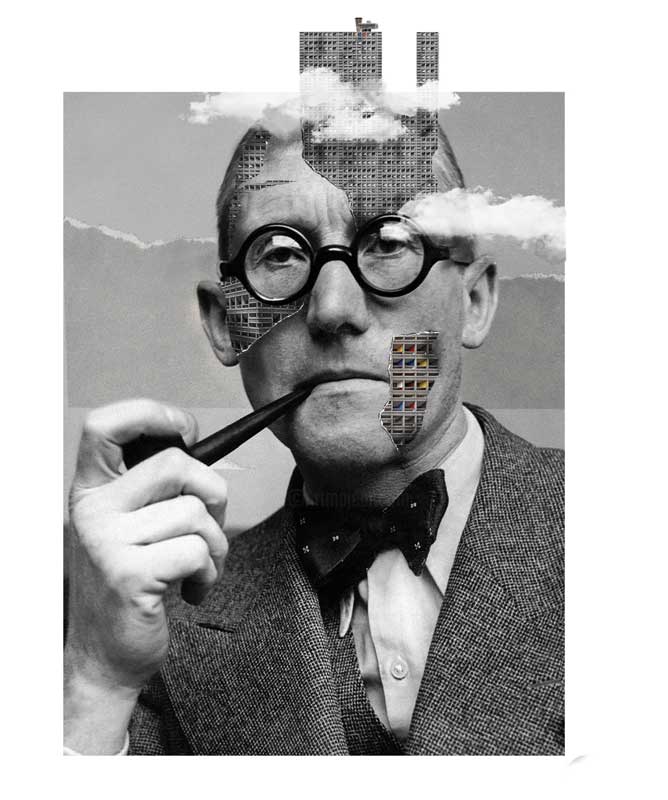 Innovators such as Le Corbusier, Paul Klee and H. R. Giger are recognized worldwide for their works, some considered World Heritage of Humanity by UNESCO, including the original Paul Klee Museum, where the painter's creations are kept.

Because of their transcendence in their professional work, each of them left a cultural legacy for posterity, with conceptualizations that inspired their contemporaries, while promoting, without intending to, transformative movements in the arts. 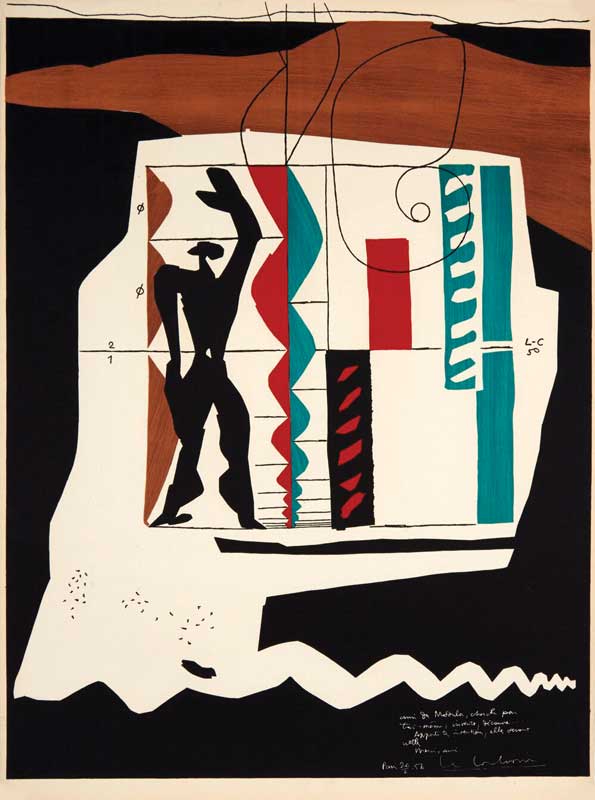 Le Corbusier and his architecture work

Charles-Edouard Jeanneret, Le Corbusier (1887-1965) was born in La Chaux-de-Fonds, a city declared a World Heritage Site by Unesco, and the site of his first experimental work where he employed his initial construction techniques as an independent architect: the Maison Blanche, erected for his parents in 1912. Because of its importance, since 2005 it has been classified as a national monument and converted into a museum.

Le Corbusier's architectural concept of real estate was that of a housing unit, including functional furniture and the furnishing of the rooms. These ideas gave free rein to internationalization in architecture and urbanism, influencing the design of twentieth-century cities.

In recognition of his architectural heritage, UNESCO declared 17 of Le Corbusier's buildings, located in different countries, as World Heritage Sites. Of these, two are located in Switzerland: Villa Le Lac, in Corseaux, Vevey, and Immeuble Clarté, in Geneva.

Villa Le Lac, built 1922-1924, was lived in by Le Corbusier's parents, and is now a museum and historical monument. In the building, with a floor plan of 690 sq. ft., Le Corbusier applied his machine of inhabiting concept, which postulates the simplicity and abstraction of architecture, based on the modulor, a system of measurements of the human body where each dimension is related to the previous one by the golden number, as a base measure in the parts of the architecture. 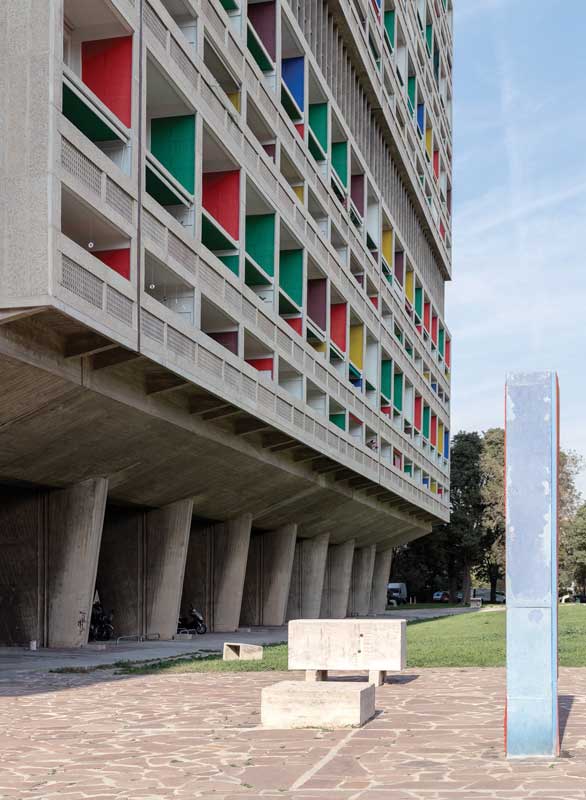 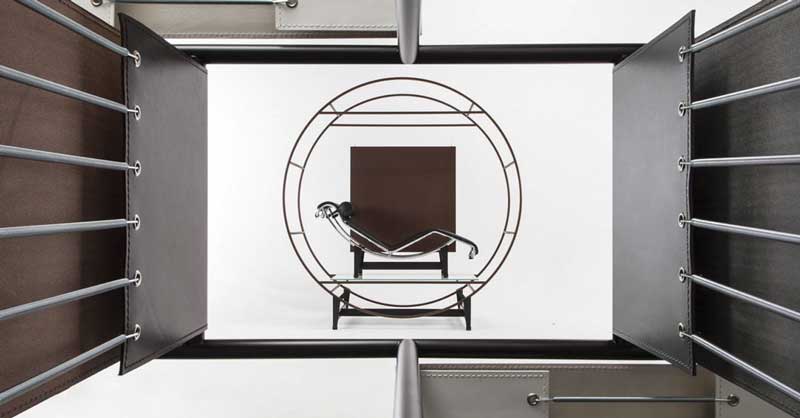 The keys are in the use of an open floor plan, thanks to the reinforced concrete structure covered with a cladding of small galvanized sheet metal boards – hence the name 'dwelling machine' – and the vww, formulated by Le Corbusier in L'Art décoratif aujourd'hui that justifies white walls, eliminating dark spaces, and changing the eclectic object-feelings of traditional houses for functional object-tools.

The Immeuble Clartè (1930-1932) was born at the request of the Swiss industrialist Edmund Wanner to Le Corbusier. It was the Swiss architect's first residential building after the design of a series of villas. Built with elements assembled by welding, it became a symbol of Geneva's modernity. Over time it was threatened on several occasions with demolition, and preserved by the mobilization of the architectural community.

Due to its deterioration, in the first decade of the current century, the Immeuble Clartè was completely restored to its original appearance. It is characterized by its pillar-free interior, horizontal floor-to-ceiling windows and garden terrace; after being renovated, in 1986 it was listed as part of the city's heritage. Le Corbusier's last creation was the Pavillon Le Corbusier, in Zurich, inaugurated in 1967. 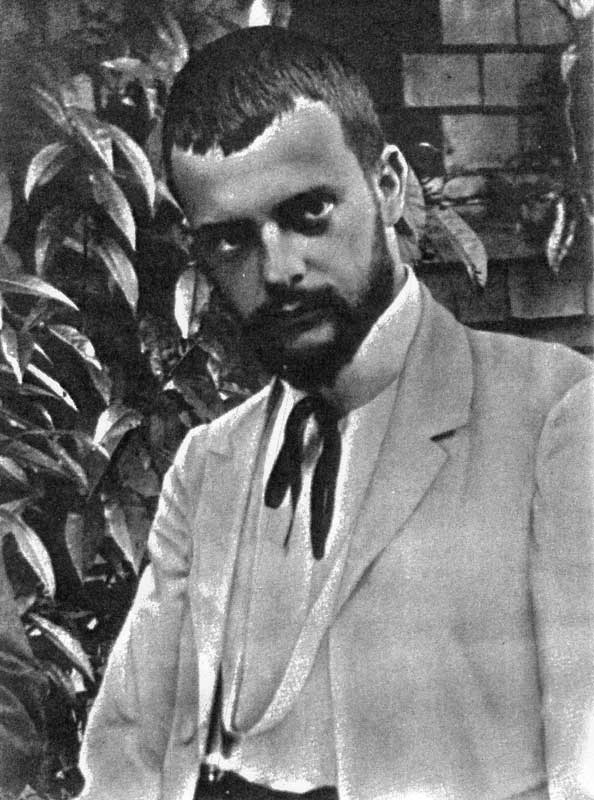 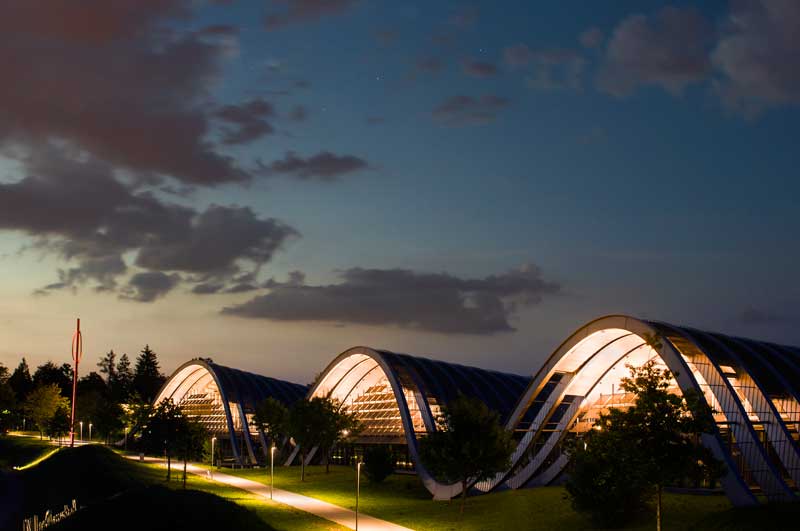 Favored by a long pictorial tradition, such as impressionism, expressionism, cubism and surrealism, Paul Klee (1879-1940) creates a personal profile in his works, transfiguring the notion of landscape, objects and color. He introduced the principle of painting as an adventure and deployed in parallel remarkable reflections on the role of art in life, summed up in his phrase "Art does not reproduce the visible, but makes it visible".

Passionate about music – he was a noted violinist –, together with his wife, the pianist Lily Stumpf, they performed concerts at home, and this was reflected in his pictorial work by tracing thin and thick lines, and marking directions that come and go to the rhythm of the music. He also dabbled in writing, philosophy and teaching.

On this last point, following the request of Walter Gropius, who asked architects, sculptors and painters to return to manual labor and establish a new community between craftsmen and artists, Klee became a teacher at the Bauhaus School, where he taught Color Theory for 10 years (1921-1931); there he showed his pupils the line, movement, nature and nuances, connected to music, listening to the great composers and converting it into shapes, lines and tonalities.

His greatest artistic legacies are his figurations and abstract paintings, both in oil and watercolor. His way of portraying and exposing his vision of things is apparently simple and that makes him attractive to the viewer.

Klee's presentation at MoMa in New York was historic, as it was the first living exhibition of a European artist in its facilities, as was the case in Germany and France. 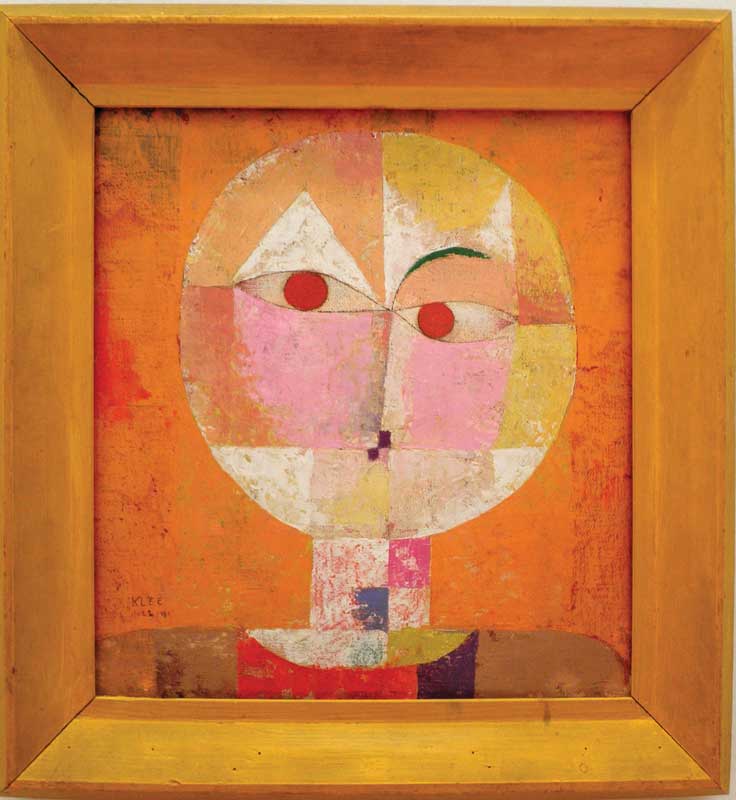 Head of a Man Going Senile by Paul Klee. 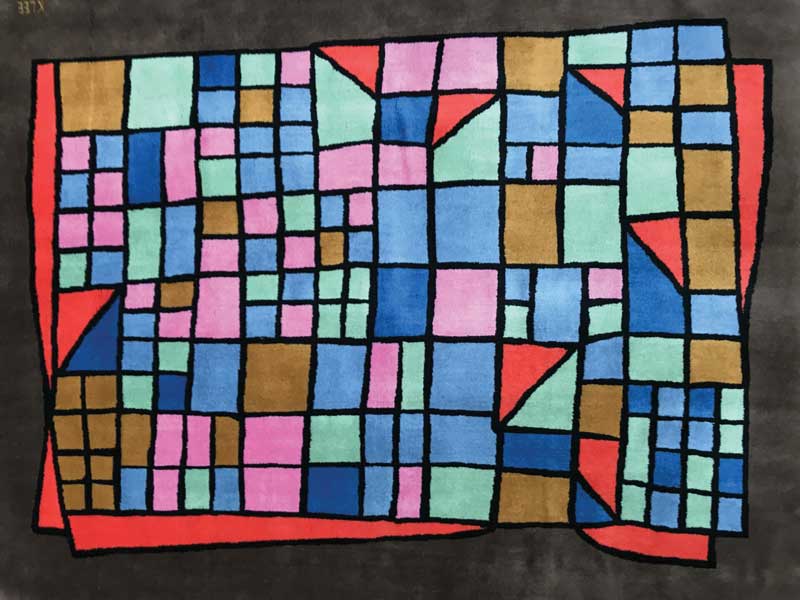 The dark and disturbing art of H. R. Giger (1940-2014) had a following, which grew worldwide when he provided the main creature and sets for the science fiction film Alien, the Eighth Passenger (1979) by filmmaker Ridley Scott. The result was so successful that he received the 1980 Oscar Award in the Best Visual Effects category.

Giger returned with his creature in Alien 3 (1992), after director James Cameron's refusal to accept his designs for Aliens - The Return (1986). He returned with Ridley Scott to set Prometheus (2012), prequel to Alien 1.

Giger's best-known creation is the Alien monster; however, his collections encompass other surreal, mostly monochromatic, works with images of chimeras, including humans mixed with machines (biomechanoids). Inspiration comes from the literary and artistic productions of Gustav Meyrink, Jean Cocteau, Alfred Kubin and H. P. Lovecraft.

The artist studied architecture and industrial design, and his early works in ink and oil attracted Salvador Dalí, who saw in his collection the resurrection of the surrealist movement. Surprised by the characters and settings out of this world, Dalí took Giger to the Chilean Alejandro Jodorowsky, who had the millionaire project of the movie Dune, where Dalí, Orson Wells, the rock band Pink Floyd and the singer Mick Jaeger would act. Giger would be in charge of part of the scenery.

The ambitious film did not come to fruition, but it served Giger to make his talent known, which led him to Ridley Scott, who already knew of the Swiss artist's work from the art book Necronomicon.

The detailed description of his biomechanoid beings made with airbrush, show man's ambivalence towards scientific advances that can alter the nature of the human body. Later he created sculptures with more disturbing forms, architectural projects and interior design, furniture included.

Part of his artistic heritage is in the HR Giger Museum, a castle located in the medieval village of Gruyères, in Switzerland – acquired by Giger himself –, where 600 works by surrealist authors such as Salvador Dalí, Ernest Fuchs, Dado, Bruno Weber, Günter Brus, Claude Sandoz, Francois Burland, Friedrich Kuhn, Joe Coleman, Sybille Ruppert, André Lassen and David Hochbaum are kept. And to promote the new generations of surrealist artists, there is the Fantastic Art Centre. 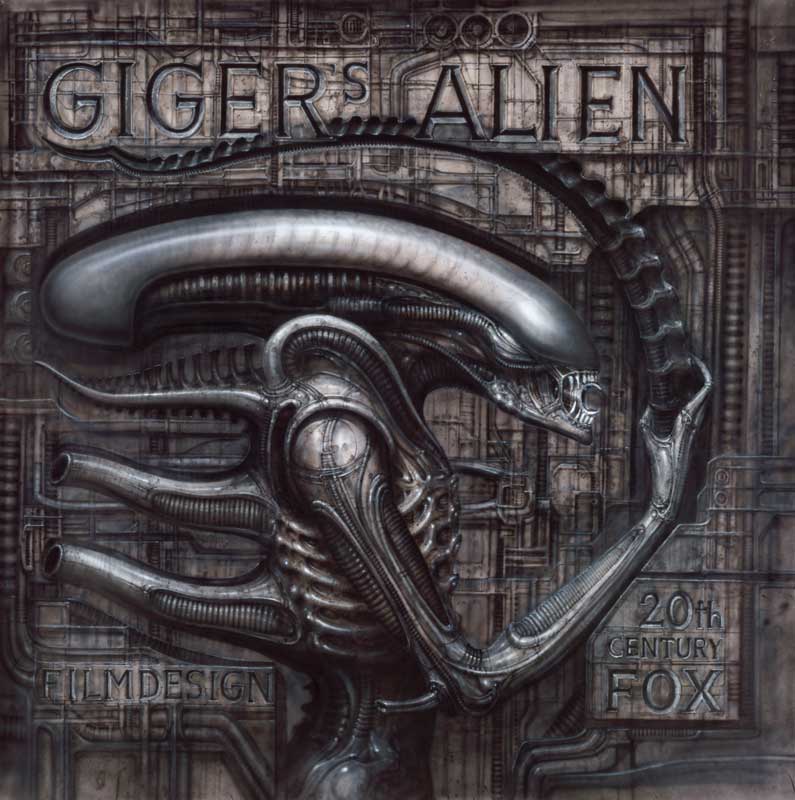 H. R. Giger and his surrealistic works, with images that include human mixed with machines (biomechanoids). 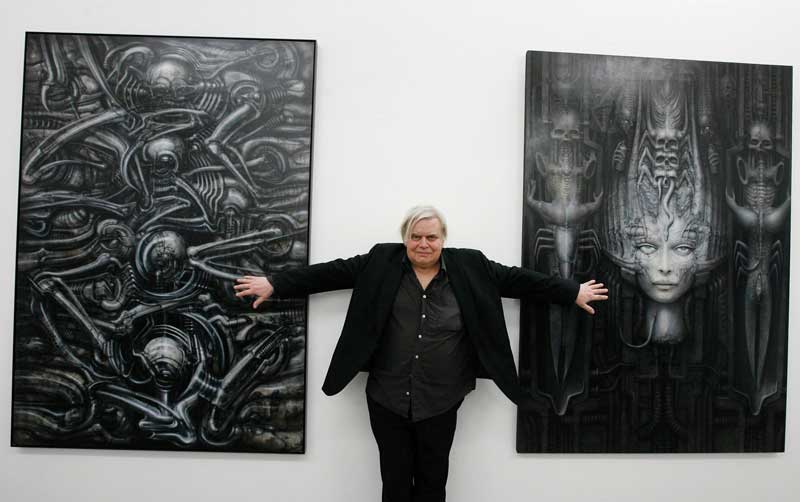 H. R. Giger and his surrealistic works, with images that include human mixed with machines (biomechanoids).

Zentrum Paul Klee amidst the mountains

To safeguard and exhibit the works and historical memory of Paul Klee, a unique venue was required: the Zentrum Paul Klee Museum, designed by architect Renzo Piano. Located in Bern, Switzerland, it houses 4,000 of the artist's nearly 10,000 paintings, watercolors and drawings, as well as biographical material.

Piano created the museum in 2005, with exhibition spaces, a children's area and rooms for music and events. In his creative process, he imagined it as a cave full of treasures, and like Klee, he combined materials and gave an original shape to the construction, which has the Alps as its backdrop.

Upon visiting the site where the museum would be located, Piano's thought was to take advantage of the surroundings with a composition that could be appreciated from any angle. "Klee doesn't deserve a museum, he deserves a landscape. When I got to know the place I looked at it as an earth sculpture to be worked like a peasant," Piano noted at the time.

The museum recalls the simplicity of Klee's strokes, becoming a work of art in its own right. It consists of three mountains of different dimensions, raised from and into the ground, with part of the building underground.

Considering the climate of the site, with snowy winters, more than 25 miles of steel cross beams were used in its manufacture, welded together by hand, similar to the manufacturing process of a ship. The 490 ft. long glazed facades are suspended from the roof to be adjusted to compensate for the deformation caused by wind pressure, extreme temperatures and the weight of the snow.

As the paintings are very susceptible to light, natural light control screens were installed. The interior floors are oak, with thousands of tiny grooves that allow fresh air to pass through. To reduce the environmental impact, while making the place sustainable and reducing energy consumption, double glazing was installed to ensure the lowest energy loss during the winter (73 °F) and air conditioning in summer (69 °F). This is vital, as it allows a deviation of 5%, the conditions required by museums and insurance companies for the loan of works of art.

Last but not least, the protection of Klee's works, which can be exposed to a maximum intensity of 50 to 100 lux to avoid fading over time.