The 8 stadiums for the World Cup

When Qatar won the hosting rights for the 22nd FIFA Football World Cup Qatar 2022 in 2010, the question was how the stadiums would cope with the nation's high temperatures, which easily reach 104 °F

The first big step taken by the organizers was a change of dates: from November 20 to December 18, 2022, when the thermometer ranges between 90 and 59 °F and not in the usual months of June and July, which will make it the World Cup with the longest waiting time since 1950. Also, in parallel, it will be the shortest since 1978, with duration of 28 days and not 32 like the last championships. 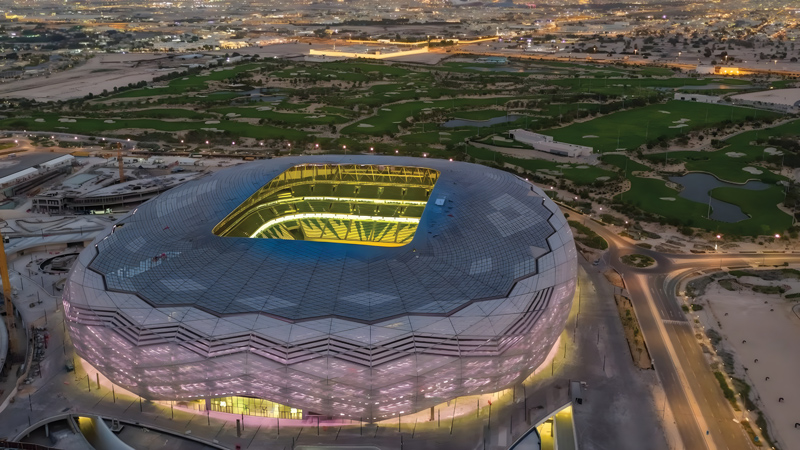 To host the 64 matches of the Cup, Qatar has confirmed eight host stadiums in five major cities: Al Wakrah, Doha, Rianan, Jor and Lusail, initiating an ambitious remodeling project in practically the entire country with the construction of seven new stadiums and the extensive renovation of another existing one.

For the first time in a championship of this kind, all stadiums will have to include climate control technology to cope with the high temperatures. In addition to considering the arid climate that usually cools down at night, which will be one of the Cup's game shifts.

Although the construction of the stadiums has become a race against the clock, the result is certain to be a true work of art. 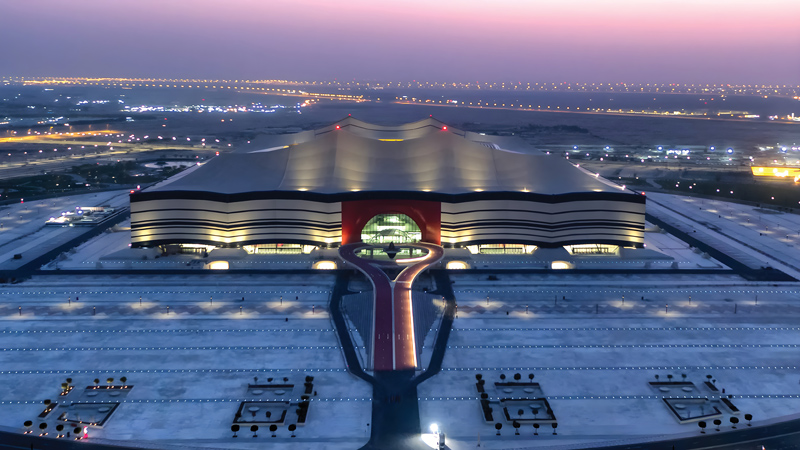 The design of the Al Bayt stadium was inspired by the bayt ak sha'ar, which are the traditional tents in which the nomadic peoples of the region used to live. It is located in the city of Al Khor, famous for its fishing and pearl hunting activities in the sea.

Designed by architect Albert Speer Jr., it has an aesthetic inspired by the fabrics of Bedouin dwellings and will host some key World Cup matches: the opening match, five group stage games, among others in the knockout stage, including one of the two semifinals. 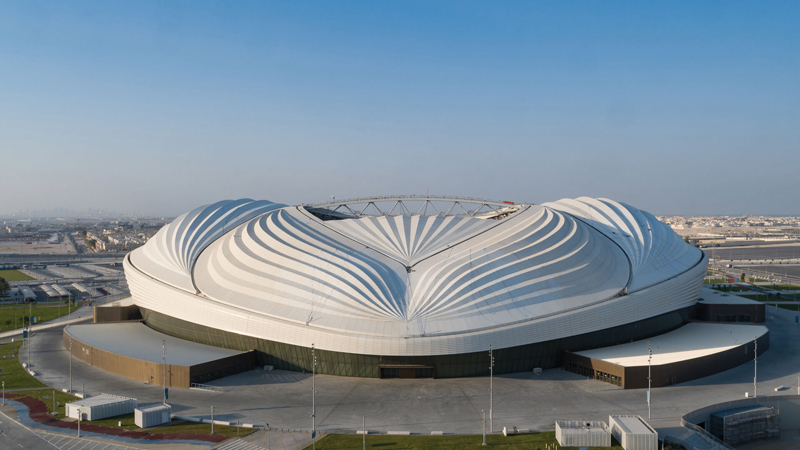 Six of the group stage matches plus one in the round of 16 will be played in this stadium designed by Zaha Hadid Architects. It was built in the southern city of Al Wakrah – considered one of the oldest human settlements in Qatar – and its shape is inspired by the dhow, the boats used for pearl fishing.

Inaugurated on May 16, 2019 as the venue for the Amir Cup final, it was the first new stadium specially commissioned for the 2022 FIFA World Cup. While it currently seats 40,000 people, it will be reduced to 20,000 seats once the tournament is over. The stadium has a cooling system with seating so that it can be used even during the summer months. 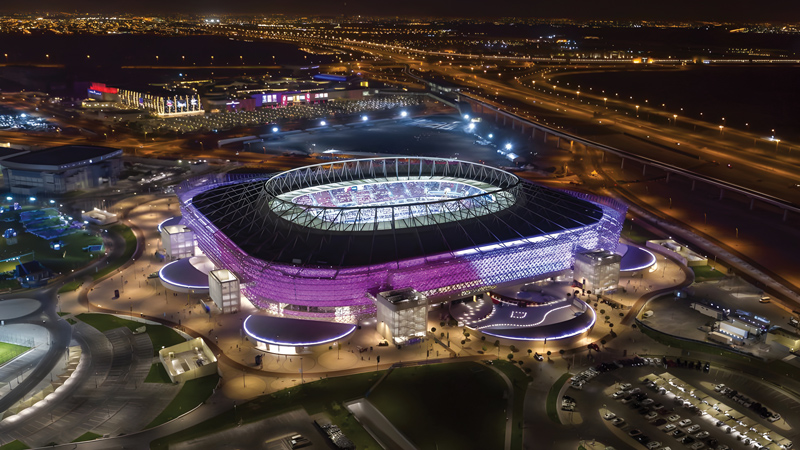 Designed by Ramboll specifically for the 2022 World Cup, it was built on the grounds of an old stadium located in Al Rayyan. Its main feature is the resplendent facade, composed of different patterns that characterize the importance of the family, the beauty of the desert, the flora and fauna, and the important local and international trade.

The stadium, located on the edge of the desert, is connected to the city by a new train line. Like the previous stadiums, the 40,000 capacity will be reduced by half after the end of the tournament to adapt it to local needs. 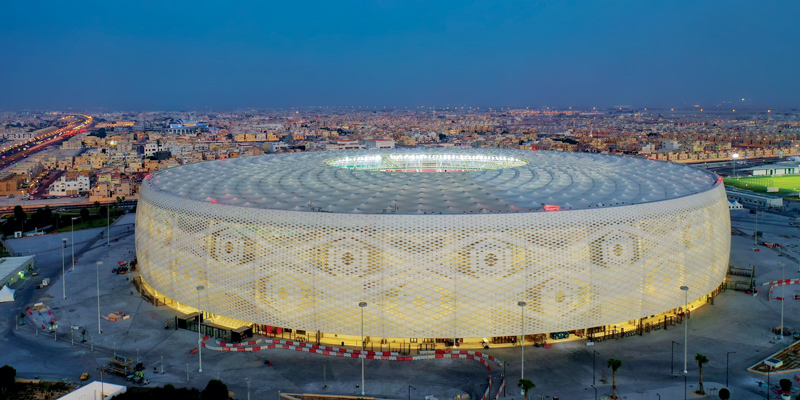 Described as a "dynamic, empowering and truly imaginative" stadium, it was designed by Ibrahim M. Jaidah + Fenwick Ibarren to celebrate Arab culture and traditions as much as the tournament itself. Its circular shape is inspired by the gahfiya, a woven headdress, part of the region's traditional dress.

Its ecological design guarantees savings of up to 40% fresher water compared to a conventional stadium; it also has 53,800 sq. ft. of park area, with native vegetation and almost 400 trees covering 84% of the landscape. 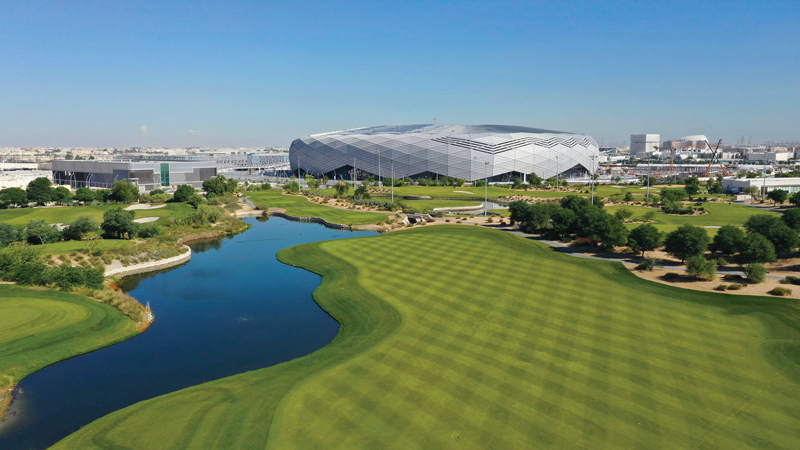 Strategically located 4.3 miles from the city center, the stadium is located exactly in the university area dedicated to research. Its diamond shape, designed by Fenwick Iribarren, is inspired by the geometric shapes of traditional Arab architecture.

With sustainability and the future in mind, it features advanced cooling technology to ensure comfortable temperatures. In addition, several green spaces were included in the surrounding area, along with soccer training fields, a golf course and stores. 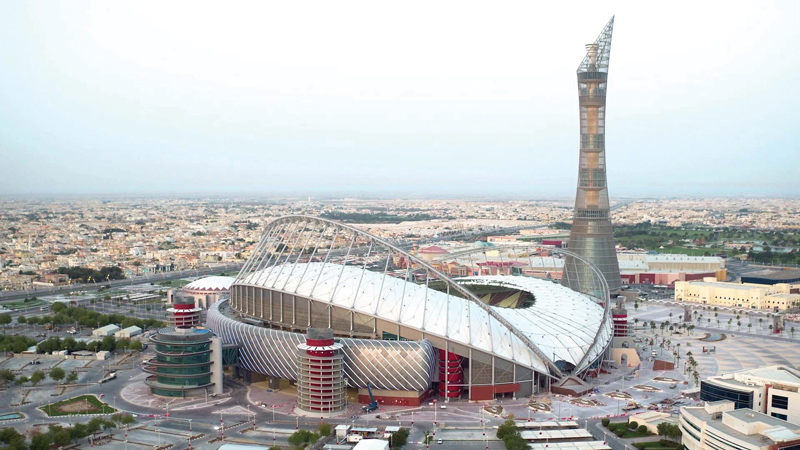 It has been considered Qatar's main soccer stadium since 1976 and has served as a cornerstone of the country's sporting tradition. It was the only stadium already in existence when it was announced that Qatar would host the 2022 World Cup 12 years ago.

To celebrate the reopening and boost spirits, the Emir Cup final was held in May 2017. Since then, it has also hosted matches of the Arabian Gulf Cup and the FIFA Club World Cup. 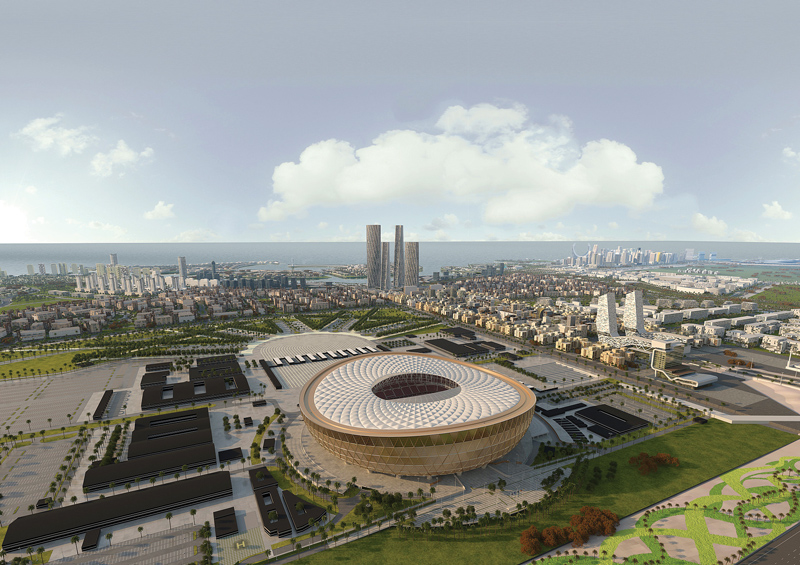 Designed by the international architecture firm, Foster + Partners, it is located 9.3 miles north of Doha's city center and will be the venue for the most important match of the event: the final.

The main focus for its design was the lights and shadows seen in the traditional fanar lanterns, showing motifs of pots, bowls and pieces of art from the region. 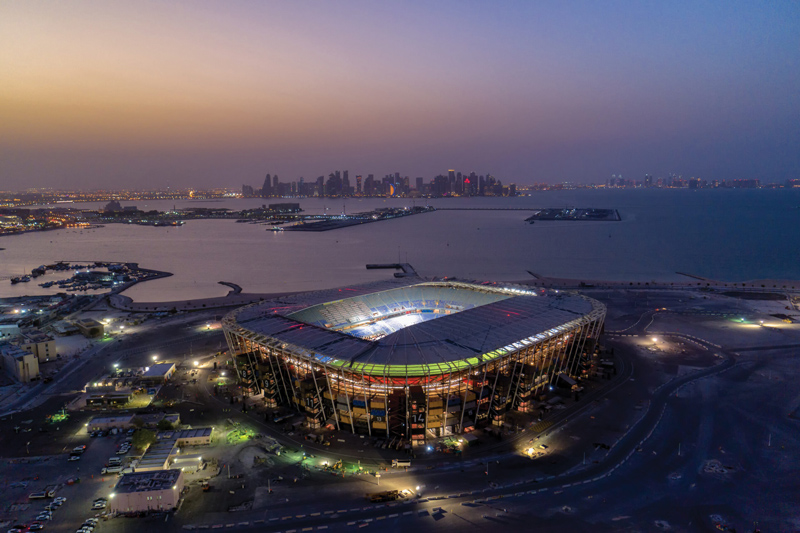 Built on the shores of the Gulf, it is the only temporary, demountable stadium built in the history of the FIFA World Cup. It offers dazzling views of West Bay and an intriguing design concept by Fenwick Iribarren.

It is constructed from shipping containers and uses less material to build than traditional stadiums. "A model for future developers to follow," the organizers opined. The 974 is inspired by Qatar's global trade and shipping, as well as the exact number of containers used.