Osiris, the submerged treasures of Egypt 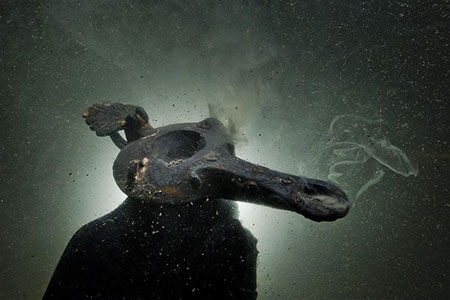 This is the name of the exhibition that has been presented by the Institute of the Arab World in Paris. This showing contains a series of findings located in marine profoundest of submerged cities like  Canopus and Thonis-Heracleion, at the Abukir bay, these ancient metropolis hold the Egyptian enigma of Osiris.

With over 250 bastions of the ancient world discovered in the last decade by a team of archaeologists working under the French Franck Goddio, this exhibition began on September the 8th and will be available to the general public until January of 2016. Forty more pieces have been added from the Cairo Museum and the Museum of Alexandria. Some of the artifacts and objects shown are unprecedented outside their territory.