You have a date at the Met 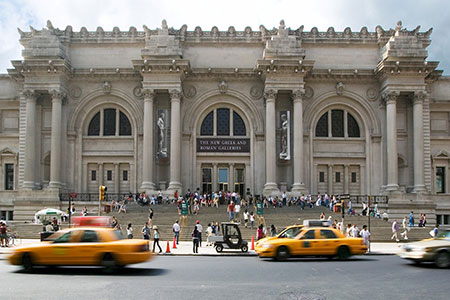 It’s time to pack our bags and go to New York! The Metropolitan Museum of Art promises a unique agenda for this last year of the month and the beginning of 2016.

It will hold an exhibit of the sumptuous late XIXth century -period known as the gilded age- by portraying the work of the most important designer firms of the time. The main piece of this exhibit will be the Worsham Rockefeller dressing room, commissioned by the art collector and philanthropist Arabella Worsham. A complete work of art that is elaborated by several wooden furniture and decorations.

Fashion couldn’t be left unattended from this city which is the mecca of style. Created by the Costume Institute -which begins tomorrow-, the exhibition of Jacqueline de Ribes portrays the fashion paradigm that the Countess was; its originality and elegance established her as the most celebrated fashion icon of the XXth century. The theme of this exhibit shows ensembles of the sixties, evoking Haute couture and Prêt-à-porter, which belong to her personal archive, these pieces date from 1962 to the present.

From the same institute and with a more more modern bet, in spring 2016 the inauguration of “manus x machina” comes to town. This expression will speak about technology used in the fashion world, and how designers have reconciled with machines to make Haute couture, Avant-garde and Prêt-à-porter pieces. This exhibit proposes a new point of view where hand (manus) and machine (machina), usually presented as opposition, are equal protagonists.

For the lovers of far away land and millenary culturales, “Encountering Vishnu” is a great option. It portrays the dramas depicted in religious festivities in Southern India, this celebrations are quite important within the culture of the country mentioned before. This exhibit highlights the importance of five masks sculptured in wood that date from the late medieval period of devotional hindu art. The masks are a depiction of the brutal battles between Vishnu - in his human lion avatar-, Narasimha and a diabolic king whose destruction is essential in order to regain order to the universe.