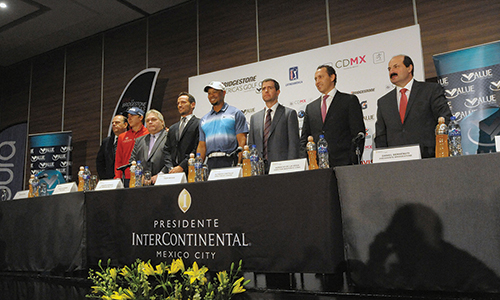 The cup of America

Last Tuesday, October 20th, the official presentation of the Bridgestone America’s Cup, presented by Value, was held with the support of American golfers Tiger Woods and Matt Kuchar, making it the second edition of what now has been deemed, America’s Cup.

The absence of Tiger Woods on the fairways was palatable; he was unable to participate due to recent surgery. Nevertheless, he was present during all the previous activities and during part of the tournament.

“I hope to compete next year. I feel healthy, somewhat sore, but this is normal due to the surgery,” Woods affirmed. 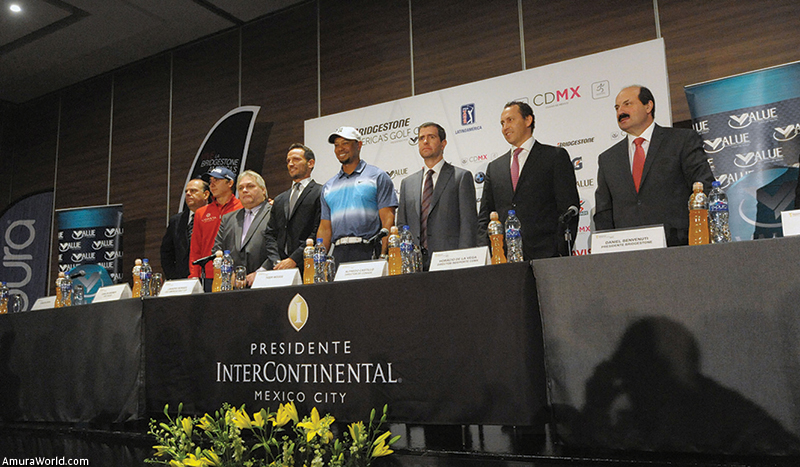 During the first round of the tournament, which was held at the Mexico City Country Club (CCCM), and played in a Fourball Game per stroke format, the pair composed by the Paraguayans Fabrizio Zanotti, player from the European Tour, and Marco Ruiz, surprised by taking the lead after the first 18 holes, with a round of 60 strokes, 12 birdies, and 1 bogey. For their part, the local favorites, composed by the Americans Matt Kuchar and Justin Hueber, finished the day with 67 strokes, placing them on 14th place.

The spot held by the Americans showed what difficulties were presented for them on the fairways, are sodden with kikuyu, and which the Americans have little exposure to.

“Without a doubt, it was the field that won today. I did not play as I would’ve wanted to, but I believe that we will improve during the next three days,” Kuchar said. In regard to the scores earned by the Latin American teams, it was no big surprise to see them on top of the scoreboard given their knowledge of the course, and the similarities it has with many of the Latin American ones: Fabrizio Zanoti and Marco Ruiz –11; Carlos Ortiz and Rodolfo Cazaubon –9; Sebastien Vasquez and Juan Pablo Solis -8. 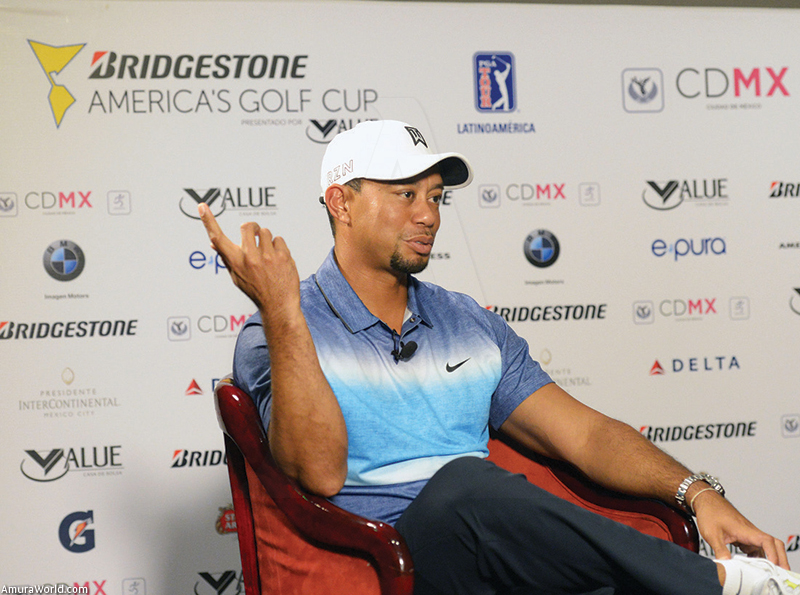 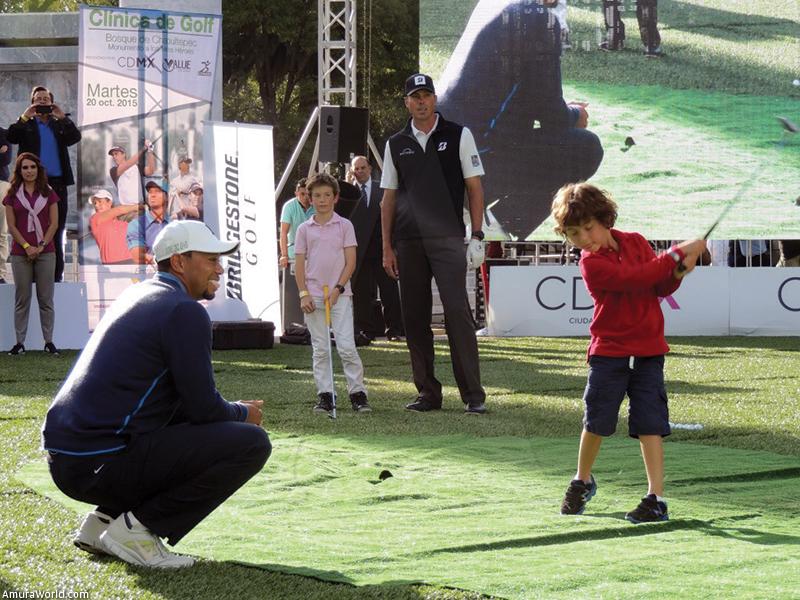 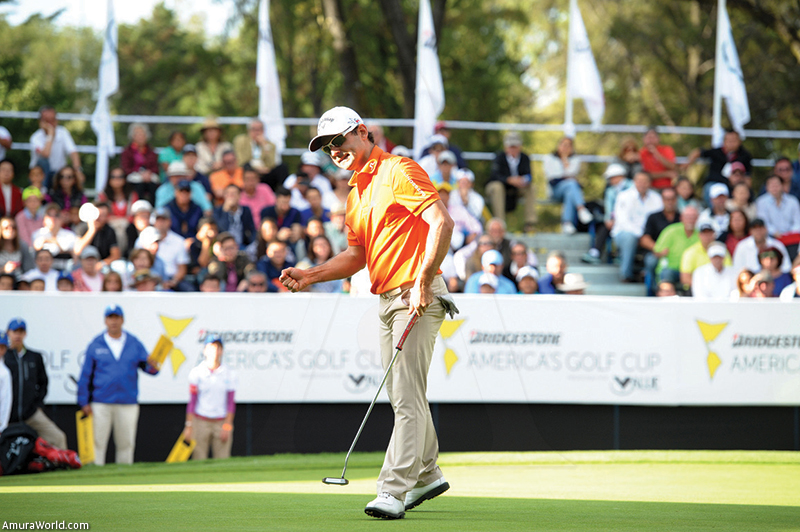 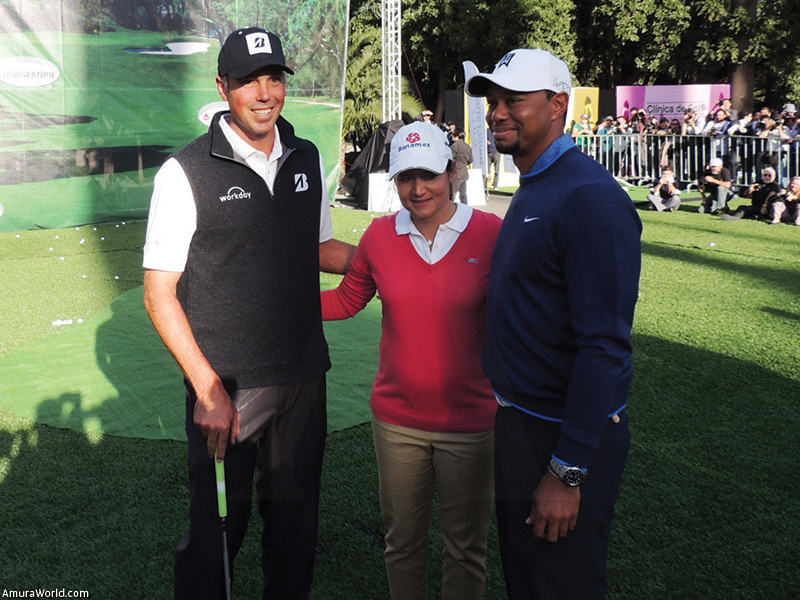 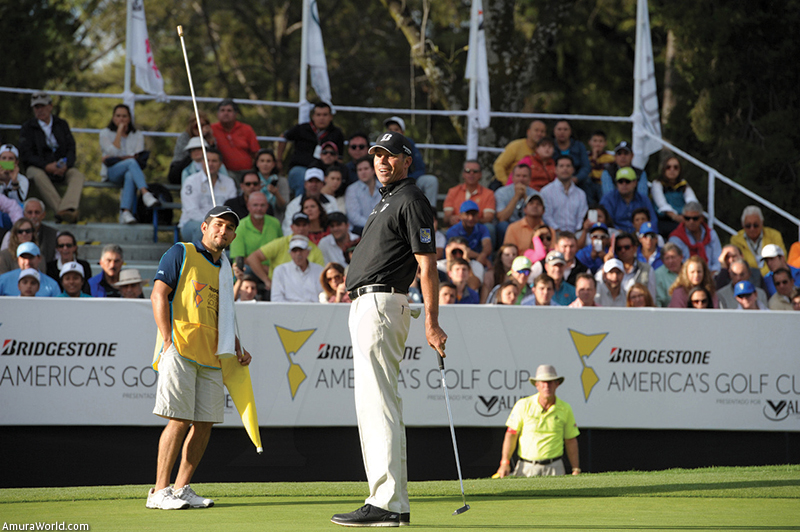 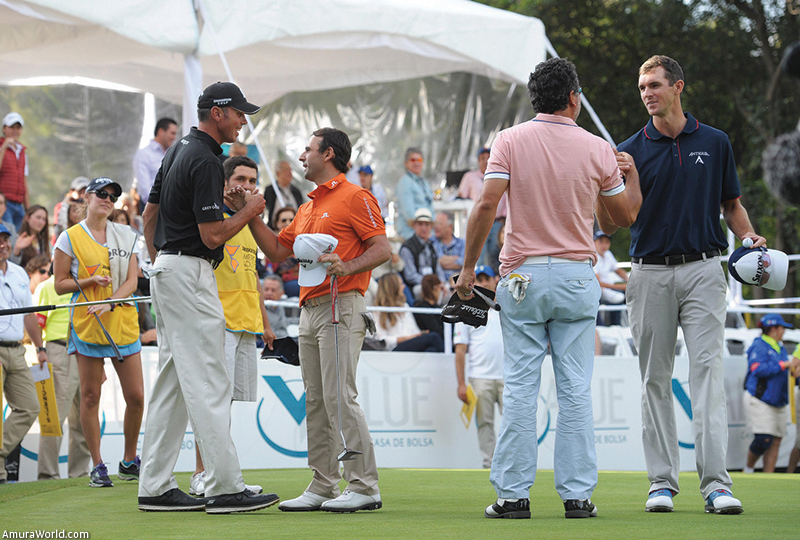 On the second day of activities at the CCCM, a golf cathedra was experienced, as the American favorites Kuchar and Huever displayed an agreeable harmony, complementing each other perfectly under this golf format. The key was to take advantage of their power on the tee, as the Mexico City altitude permits the ball to fly approximately 10% further compared to the American courses at sea level. An advantage that took an “eagle” turn at the par % holes, and birdies at the par 4. Given this, they concluded their round with 7 berdies, two eagles, and an absence of bogey, resulting in a final score of 60 strokes (-11) and a total of 127 (-15), this granted them the lead in the tournament.

The score of the Paraguayan team summed 68 strokes (-3), with a total of 128 impacts (-14); only one stroke away from the Americans, while the score earned by the locals Sebastian Vasquez and Juan Pablo Solis came to 69 strokes (-5), and a total of 129 (-13) two shots away from the lead.

The third round was notable for being a fierce battle for the leadership between the Americans, Kuchar and Hueber, and the Paraguayans, Zanotti and Ruiz, who were tied at the top with 190 strokes (-23). This added to the fact that the round was held on “moving day,” which is characterized by players feverishly pushing from behind, assuming the best positions to reach the final round.

Thus, the show met the expectations, given that all of the teams played excellent golf. An example of this was the game played by Adam Schenk and Nate Lashle, from the United States, who presented a scorecard of 62 (-9), to position themselves in 3rd place (one stroke away from the lead); while the leading pairs ended in (-8) for the Americans, and (-9) for the Paraguayans, leading them to a tie full of suspense in the final round. In regard to Sebastian Vasquez and Juan Pablo Solis, they kept themselves at the local lead with a total of (-21), followed by Carlos Ortiz and Rodolfo Cazaubon with (-19).

“We played a solid game; were in better shape than before. Each one responded as they should’ve, but I made a couple of mistakes. Still, Juan Pablo was there and he made for a good shit,” said Sebastian Vasquez. 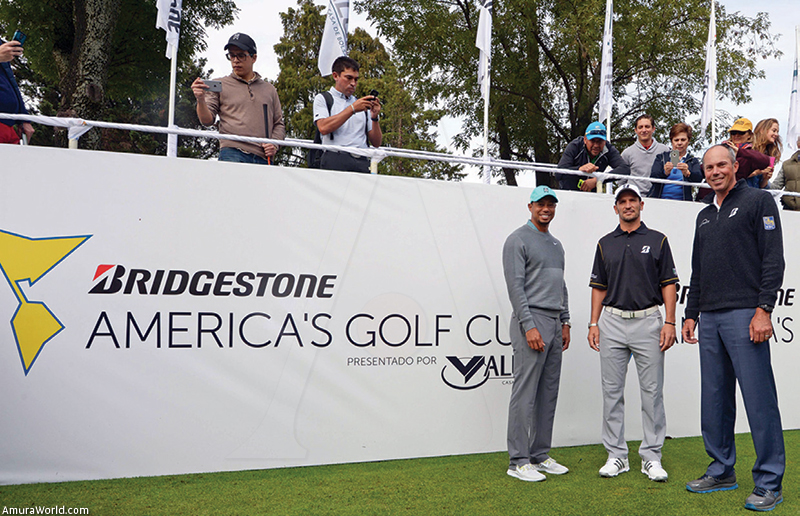 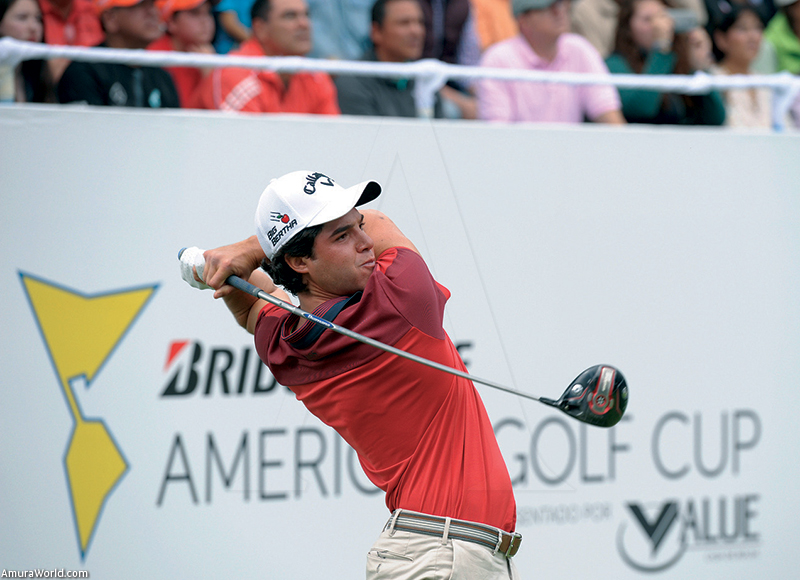 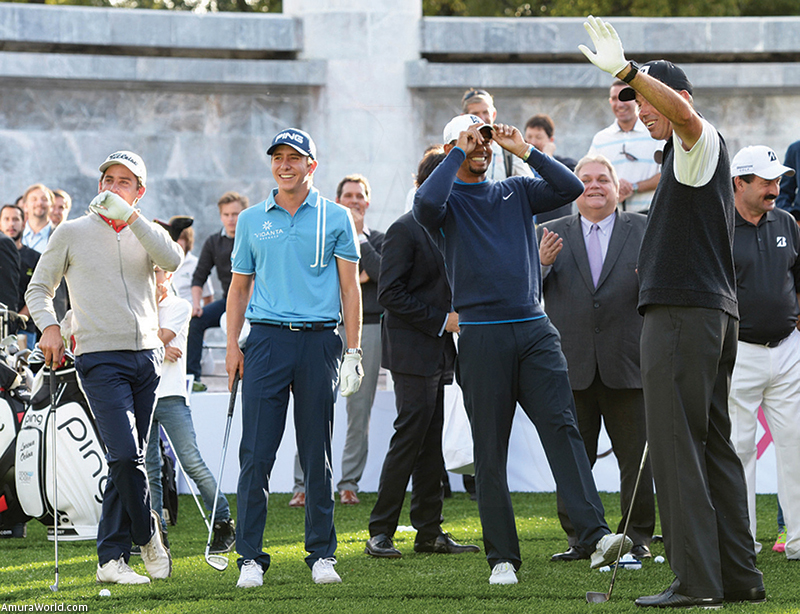 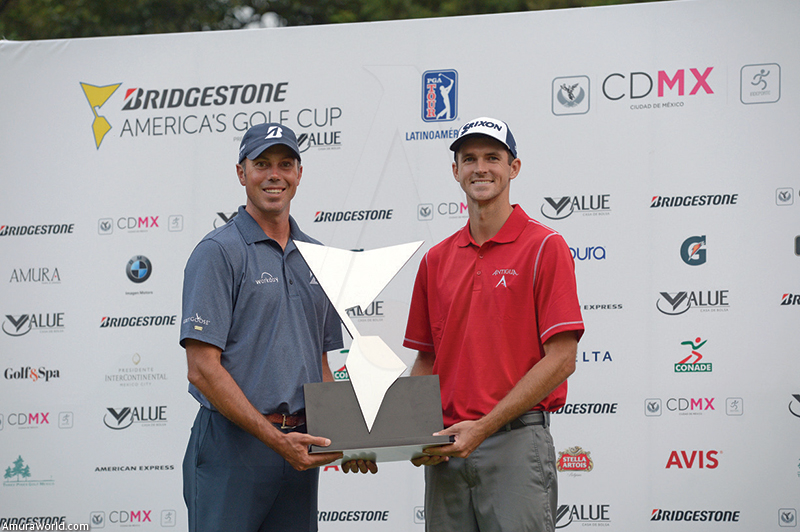 With a surprising final score that led them to sum a total of 250 strokes (-34), with rounds of 67, 60, 63, and 60, Kuchar and Hueber became the champions of the Bridgestone America’s Golf Cup, presented by Value.

With his performance, Matt Kuchar showed why he is the 13th best player on the planet. The key, once again, was the distance between the tees and the precision of the greens, as they concluded the first nine holes with a score card of 28 strokes (-8), which represented an advantage that allowed them to take the rest of the game at a leisurely pace, and finish off knowing they were close to the title. “It was detrimental to achieve an advantage in the first holes. That allowed us to play the last part peacefully,” Kuchar pointed out, who, alongside Hueber, earned the best scorecard of the day (60 strokes), a tie with the Colombians Marcelo Rozo and Manuel Merizalde.

Regarding the Mexicans Vasquez and Solis (the closest to the lead, at the start of the fourth round), they did achieve the kind of resolution they were hoping for, and positioned themselves in a tie in 10th places alongside the Australian Brady Watt and Jake Younan; besides being the best playing Mexican duo, un stroke ahead of Ortiz and Cazaubon.

Golf in Mexico is headed in the right direction, and is currently in the best form of its history thanks to the Tecate and Mexico Golf Tour. Both of these tours keep Mexican players practicing and improving so as to live their dream of playing golf for a living.