The Middle East, along the Lebanon's coast from Tyre to Tripoli

Dates come and go, but gifts are always well-received and even more so when they say how important our loved ones are to us.

Panerai has been engaged in watch, compass, depth meters and precision optical instrument making for a long time and has now created a special range of watches specially designed for use in extreme and high risk conditions.

The Middle East, Along the Coast of Lebanon

Ahlan wa sahlan, welcome, to the world where, for over six thousand years, the steps of humanity have intermingled with scenes of wars and loves, beautiful buildings, incomparable gardens and ships that sail towards charming ports from a coast protected by the mountains.

During the trip to Lebanon we visited its surroundings, Syria and Jordan, where the vestiges of its history such as Palmira, Aleppo, Krak des Chevaliers, Damascus, Jerash and the Dead Sea, impressed us. Petra, the ancient capital of the Nabateans, an Arabic group that ruled the Transjordan area during the pre-Roman period, was one of the most amazing, mysterious and majestic.

Bhutan is a country quite unlike any other. Landlocked in the north by China, and in the south by India, it is widely recognised as the last surviving Buddhist Himalayan Kingdom. Bhutan has lived in self-imposed isolation for much of the 20th century and it was only in the 1970’s that it opened its borders to a handful of visitors.

Hotel Albergo, Charm of the Past and Art

This unusual palace that houses the Hotel Albergo can be found in the heart of Beirut, which brings the flavor of the past to life. Its wonderful decoration with objects, furniture, paintings and tapestries that emerge from the time tunnel takes us back to the romantic 1920s.

For some reason this yacht builder generates a duality between the surprising and the quality of its vessels, whether for the design, the techniques, materials, new innovation or a conjugation of all these factors. This beautiful yacht from Wally called “Esense” follows the same principles and we are filled with surprise on admiring it, its lines are impeccable, its finish impressive, its dimensions are enormous and from bow to stern we find ingenious and practical features.

The “GiVi”, with its 60 meters’ length, is a mega-yacht that represents a unique and complex mixture of technological research, design, performance and comfort; in summary the result of the work of the staff of CRN, responsible for the design. These yachts can easily across an ocean and make the return journey without having to refuel.

Space and size in perfect harmony characterize this wonderful Mirgab V model, with exquisite finishes, warm explosive colors soak every corner with the delight to traveling the seas in a quality yacht such as this. From the recognized Burger yacht builders and as part of the range of models for 2007, this manufacturer comes to revolutionize the dimensions of elegance and pleasure on board.

Regal continues to be a company dedicated to expanding the industry with the design of its 4460 model. Rich in features and filling the interior space ergonomically. The Saloon and the relaxation areas shine perfectly with natural American cherry wood finish.

The Journey to Belize

I remember it as if it were yesterday; the first time I saw and swam with a whale shark was in the incredible Sea of Cortés.  It was a young and very friendly male. 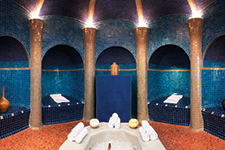 Imagine for a moment living an ancestral experience in an uncertain place in the world. You open your eyes and in front of you is an imposing pyramid that invites you to step inside. Once within, the aromas, textures, sounds and colors will envelop you and make the Vida Real Spa experience one of unique relaxation.

The crocodile is one of the most ancient animals on the planet. To get an idea of how long it has existed, when the dinosaurs appeared for the first time, crocodiles had already been around for 80 or 90 million years. So, together with turtles, the oldest animals on the planet, with more than 140 million years of existence, they have lived among many species, some of which have already become extinct. 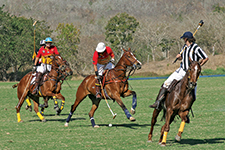 Sport of Kings on the Field of Kings

At Easter, La Costa Alegre of Jalisco once again welcomed one of the most important polo tournaments in the country on the most beautiful fields in Mexico. And of course, as well as the game, it was a week full of sun, sea and incredible parties.

If driving a high-speed Ferrari is a fantastic experience, imagine what it would be like to be aboard a jet endorsed by the Maranello firm. Flying aboard the P180 Avanti II, from the Italian manufacturer Piaggio Aero is a unique experience.

In this edition, we decided to bring you, dear reader, three of the best options within the Sport Utility Vehicle super-luxury segment to give as gifts this coming Mother's Day.

Located in the heart of the Bekaa Valley, 54 kilometers (33 miles) from Beirut, 40 minutes from the monumental Roman city of Baalbeck, near the best vineyards of Lebanon, the Grand Hotel Kadri invites travellers to enjoy its elegance and one of the best restaurants in Lebanon.

Also known as Petit Cabernet, Vidure or Petit Vidure: the Cabernet Sauvignon grape is characterized for its body, flavor and aroma. It is of French origin, from the Bordelais area and is considered the undisputed queen among black grapes. The wine produced is catalogued as the king in the red  wine category.

For the first time, after 400 years, the most outstanding works of religious art by l Tintoretto painted for the church of San Marcuola: The Last Supper (church of San Marcuola, Venice), and Christ washing the Disciples’ Feet (Museo del Prado, Madrid) are together again in an exhibition of 65 works of the Venetian artist who became a legend through his paintings.