22 ancient ships are found in the Aegean Sea 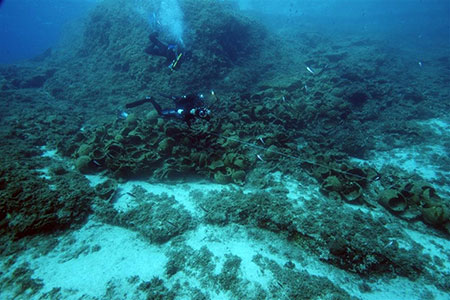 The Ephorate of Subaquatic Antiques of Greece and the Nautic RPM Foundation, have realized an underwater archaeological expedition, they have encountered the remains of 22 shipwrecks that date from 700 b.c.

This find is located in the Fourni archipelago, in the Western Aegean, between the islands of Icaria and Samos, West of Turkey.  This subaquatic location could become the “capital of ancient shipwrecks on the world”, according to the responsibles of this expedition.

"The volume of shipwrecks found in Fourni, a great island with no big cities of massive ports, speaks about the importance of navigation and the dangers that portrayed the Western Aegean”, said Peter Campbell, co-director of the project. The objects found within the vessels seem to come from the Roman Empire; surely this find will become one of the most important expositions of several museums around the world.