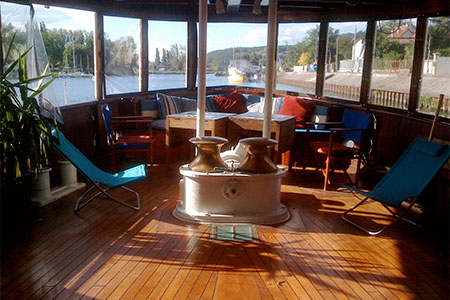 The legendary "Amazon" - yacht that belonged to Winston Churchill even before he became prime minister-, has belonged since 2005 to a French architect called Mireille Huet, who has refused to sell it to an Arab prince; this because she is interested in finding a more suitable profile to be the owner, like a collector or a historian, or someone who primarily ensures the historical transcendence of the emblematic ship.

Valued at more than two million dollars, and built on request of the same Churchill in 1936 by the shipyard Thornycroft , "Amazon" did an important work during the Second World War, when it was used for the repatriation of the allied troops from Britain.

Today, a new owner could enjoy the deck of this emblematic luxurious boat in perfect condition and with that the classic tone that characterizes the authentic vintage boats. Undoubtedly, the new owner will have new stories to tell aboard this great witness of the world.