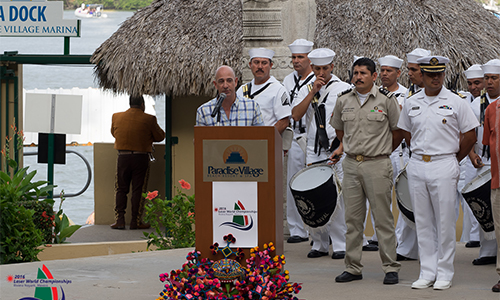 About 72 sailors from 32 countries have gathered at Riviera Nayarit, they will compete for seven days for some seats at the Olympics in Rio de Janeiro 2016, coming to fruition. Ten of the top 20 Olympic sailors, who participated in the 2012 Olympics, are part of the athletes that make up the event in Nayarit, including the gold medalist of China, Xu Lijia.

Mexican sailor, Tania Elias Calles, is also involved; she is one of the best top five sailor athletes in the world from 2005 to 2008, who now has a chance to rebound in the first places. Besides Tania Elias, the Mexican team is composed by Tania Benitez, Fernanda Bitar, Keyla Hernandez and Ana Paula Rojas.