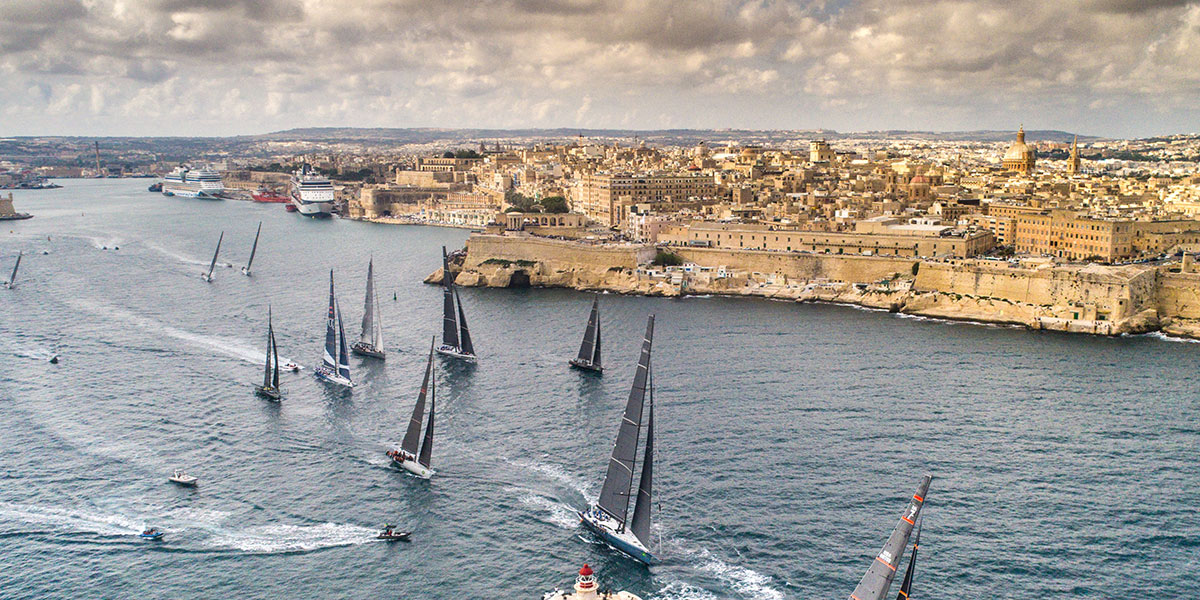 The legendary regatta that hosted its first edition in 1968, now celebrates its 50th anniversary sailing across what American tycoon Ted Turner called the “most beautiful race course in the world.” The starting point is the Grand Harbor in Malta—a place of amazing beauty located at the foot of the impressive bastions of Valletta—which also serves as the finish line.

The fleet of competitors sailed into the waters of the Strait of Messina, the mythological home of the monsters Scylla and Charybdis. The adventure continued toward the Tyrrhenian Sea, to then surround the Aeolian Islands, where they found the magnificent silhouette of the Stromboli volcano. Sicily, the Egadi Islands, the islands of Favignana, Pantelleria and Lampedusa completed the journey that would ultimately take the participants back to Malta.