Riva celebrates almost a century of participation in the ‘seventh art’ 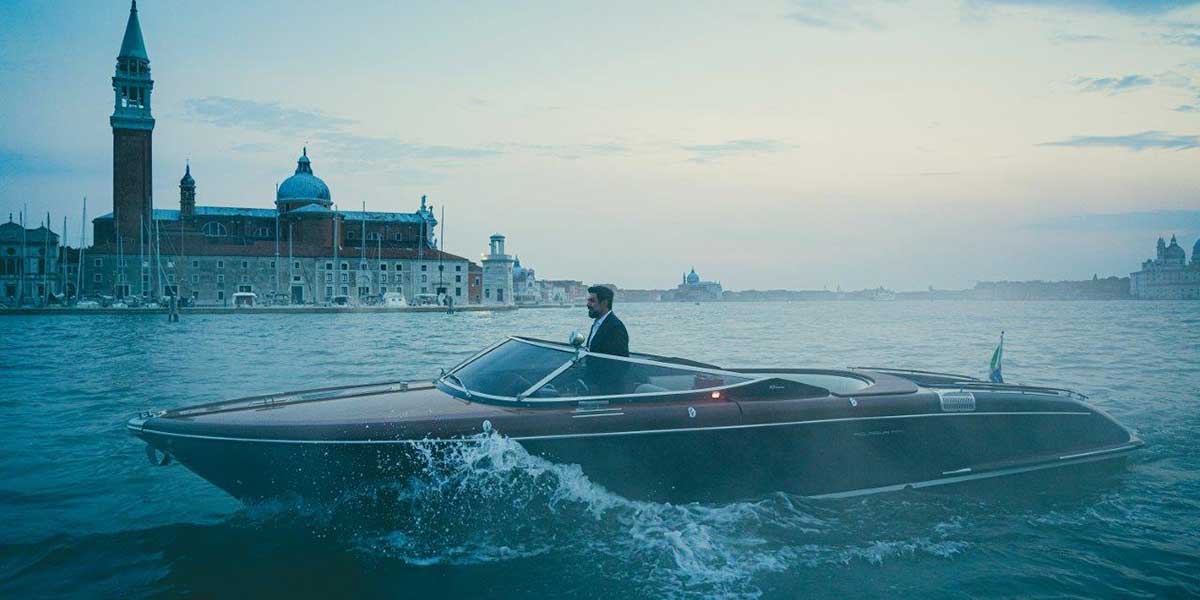 Shot entirely in Venine, in locations including Piazza San Marco, Rialto bridge, the Lido and the Palazzo del Cinema, Rive in the Movie promises to take the audience on a dream-like and moving journey though the canals and wonders of one of the most beautiful cities in the world.

The film will be premiered on September 4th during the Venice Film Festival, where the main actor Pierfrancesco Favino will participate in the event. This piece of the ‘seventh art’ could only be accompanied by a magnificent soundtrack, a tribute to Nino Rota, a composer who collaborated in films such as The Godfather.

The history of the company, property of Ferreti Group, is also told on the big screen in a prestigious book with the same name as the film. In 200 pages, there are 39 films with original posters, photographs of the recording sets and behind the scenes: 77 actors and 110 actresses.

Riva’s iconic contemporary boats have been admired for over seventy years on screens around the world with Italian blockbusters like La Baia di Napoli and Il Sorpaso; even action films such ash the James Bond saga, Nikita and Men in Black.

Riva in the Movie was made with the support and contribution of the Municipality of Venice and was produced by the company of the group Armando Testa, Little Bull Studios, under the direction of Federico Brugia.

“A powerful short film […] dedicated to all those who believe in the magical power of destination and talent,” said Alberto Galassi, CEO of Ferreti Group.