• To enter in Vietnam all the foreigners need a visa obligatory, it also is required a Passport with 6 months of minimum validity. A few days before going out is indispensable to provide a Passport number, date and place issued, expiration date, complete name as it appears in the passport, date and place of birth, nationality and profession. It is possible to process de visa in Mexico if you have a valid passport, for at least six months, trip itinerary and visa application form.

• There are several ways to arrive to Vietnam such as by air in the Tan Son Nhat airport in Ho Chi Minh, it is the most important international aerial center in the country, by land through travels in train, by road there are eight international borders. The maritime via has a few possibilities to get there or to exit legally. The most important Ports are located in en: Ho Chi Minh City, Vung Tau, Haiphong, Da Nang and Binh Thuy.

•  To cover the sanitary aspects it is recommended to have the vaccine against the typhus, and the malaria. At the same time you should avoid drinking water of the faucet and bathing in stagnant waters as well as consuming food that is not well cooked. In case of an emergency you can ask for help in the hotels front desk or directly in the nearest consulate and/or embassy.

•  In some bays you can enjoy of a cruise on board of a junk, traditional sailboat, made of wood typical of the place that takes you to know incredible and unique landscapes, Halong is one of them. Visit a paradise compound by 3 000 islands, islets and spread crags. There are also agencies dedicated to organize excursions and cruises on impressive ships full of culture and tradition exclusive for tourists. They can be contacted abroad to program departures. 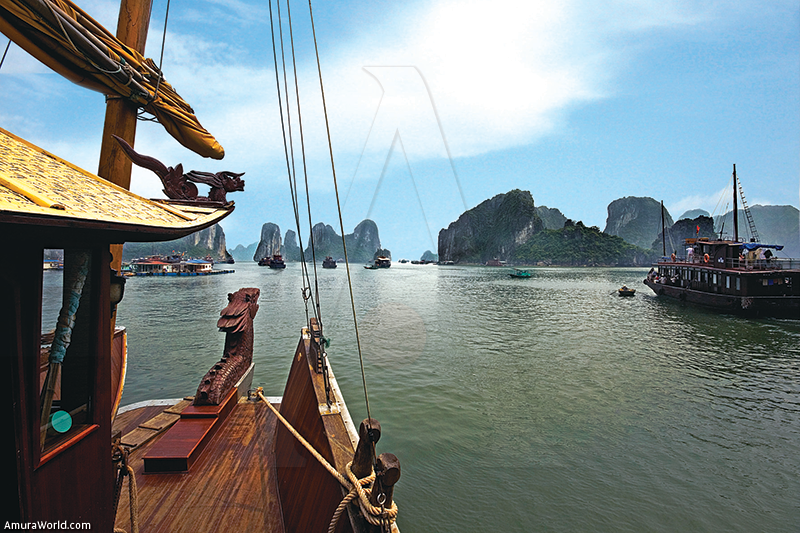 •  One of the most important cities in Vietnam is Hué, considered as the cultural, artistic and literary center of the country. A walled complex that houses the most important architectonical wonders since it encloses the Great Imperial City since the emperors of the Nguyen Dynasty governed it. It has a perimeter of 10 km and brick walls of 2 m of thickness; its entire interior is full of gardens, pavilions and doors with the typical emblems of the place. The Door of Ngo Mon or Door of Noon allows the entrance to the Imperial City through a bridge over the river.

•  Vietnam offers a great number of architectural beauties thanks to the wide culture that its buildings posses. With the River of the Perfume at its feet, the Thien Mu Pagoda, is the oldest in the city and it is said that it was built after the la prediction of a mystic who said that who built in this area would also start a great dynasty and this is how Nhuyen Hoang, governor of the province of Thuan Hoa bet on it and his linage lasted until 1945. In its interiors there is the incredible octagonal tower Phuoc Duyen of seven floors.

•  The "Bay of the Fallen Dragons", territory of Halong, is considered as Cultural Heritage of Humanity by the UNESCO, even who have visited it consider it the eighth world wonder. Beautiful landscape formed by small islands and thousands of craggy tops full of vegetation that emerge from the ocean. It is simply one of the most beautiful corners of Vietnam where the amazement, the mystery and the magic live. It is an authentically place that when you tour its calmed waters leave anybody speechless.

• Full of history and traditions we find ourselves with the Van Mieu or Literature Temple, known as the “Pagode des Corbeaux” during the French occupation represents the most important and famous temple of Hanoi. Founded in the year 1070 to be used as a Confucian temple, it turned into the first University of Vietnam called Imperial Academy, where only the royal and aristocratic members in general were educated. Today this ancient sanctuary is considered as one of the historic sites of the Vietnamese territory. 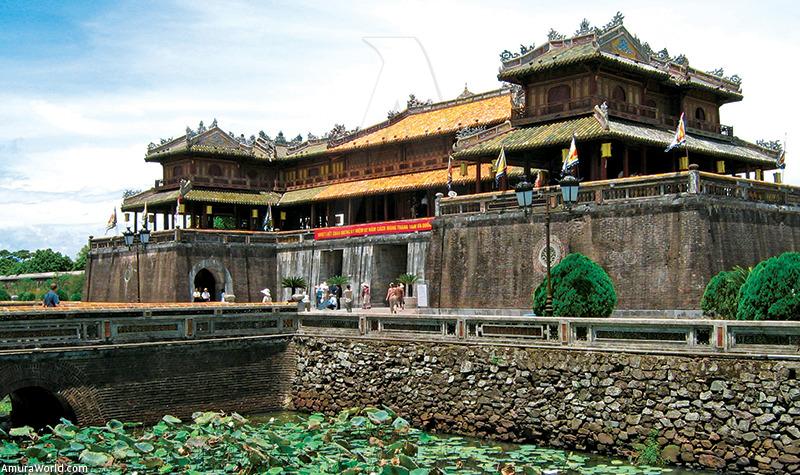