Two Destinations in One

Along with Acapulco and the colonial city of Taxco, this Integrally Planned, FONATUR (National Tourism Promotion Fund) project, forms part of the famous Triangle of the Sun. It is a destination that is perfect for families, singles, couples, honeymooners and seniors… in other words, for everyone. 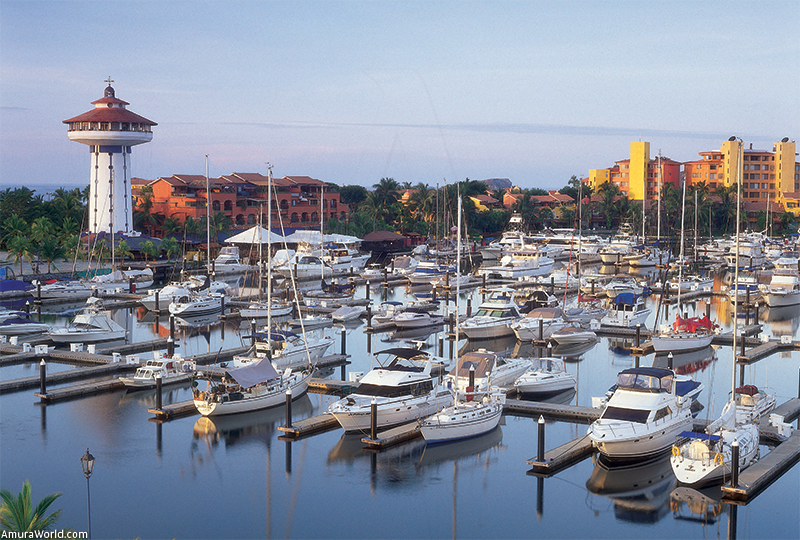 We are, additionally, talking about a destination that has been known throughout the world for many years, especially by those who in the 1980s watched the popular television series Loveboat, in real life the Pacific Princess cruise line. Ixtapa-Zihuatanejo was a port of call for that unique tour.

Furthermore, one of the luxury hotels located on Zihuatanejo Bay can be seen in the movieWhen a Man Loves a Woman (Touchstone Pictures, 1994) with Meg Ryan and Andy García. Another movie that talks about Zihuatanejo is The Shawshank Redemption (Columbia Pictures, 1994) with Tim Robbins and Morgan Freeman. That film prompted many people to visit Ixtapa-Zihuatanejo for the first time. “Zih…what?”, Red’s famous line (Red was the character portrayed by Morgan Freeman), is still fresh in the minds of those who fell in love with—or at least were filled with curiosity—about this destination. 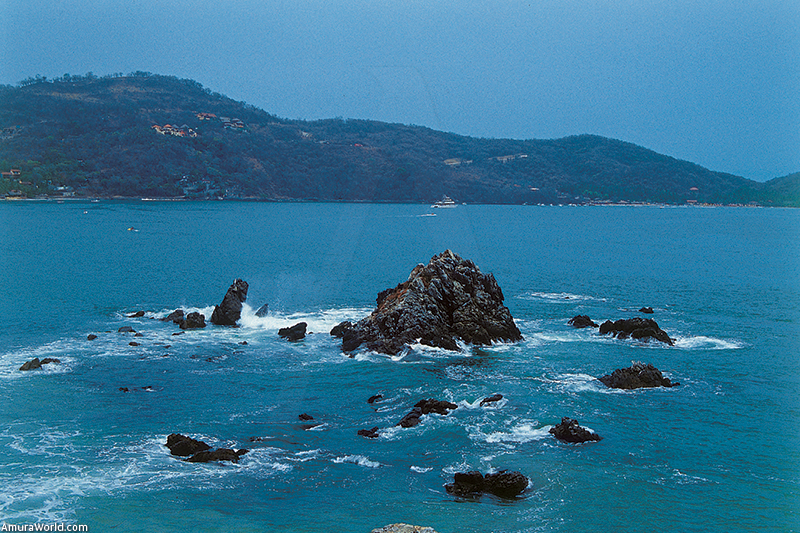 A blend of the traditional and the modern

Zihuatanejo is a small city that still has the look and feel of an old fishing village. The streets downtown are cobblestone and most of the buildings are typical of those found along Mexico’s tropical coasts (including many of the new buildings).

You will find many restaurants in a wide range of styles and cuisines, boutiques, silver shops and jewelry stores, hotels, bars and much more. You will not, however, see any tall buildings (five stories is the maximum) because, in order to preserve the town’s current character, the city’s building code does not permit them.

Picturesque, protected Zihuatanejo Bay, 2.3 kilometers (1.4 miles) wide, is visited annually by more than 60 cruise ships, as well as sailboats and yachts, especially from the United States and Canada, which are its major foreign markets. 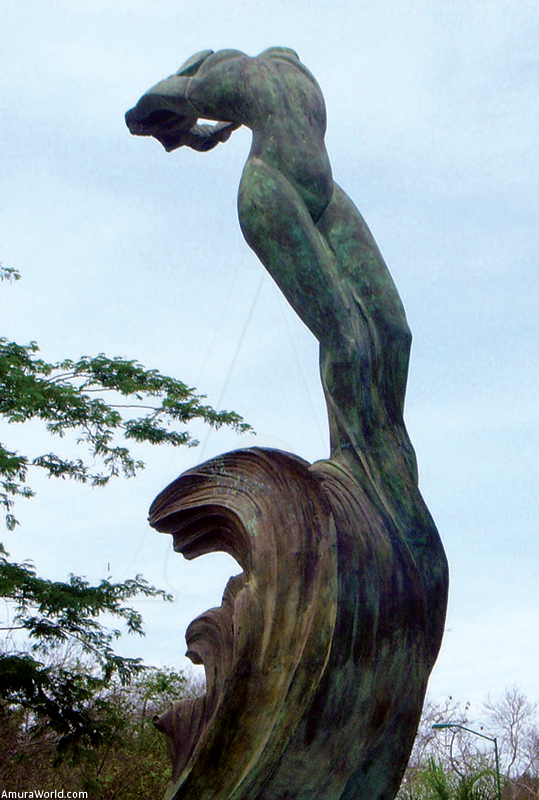 Downtown is very pleasant for walking and window shopping, as well as for taking a relaxing stroll along Paseo del Pescador, which follows the shores of La Madera and Principal beaches and ends at the dock. The beaches on the bay are completely safe for swimmers of all ages. Zihuatanejo is also famous for its excellent sports fishing and for its scuba diving sites, as well as for a wide range of other water sports. Ixtapa, on the other hand, is a modern, world-class destination. It was created and designed by FONATUR between 1968 and 1971. Its buildings are modern or colonial-coastal style, with manicured gardens and a fairly extensive residential area that is separated from the hotel zone. You can enjoy spectacular sunsets over the large bay. 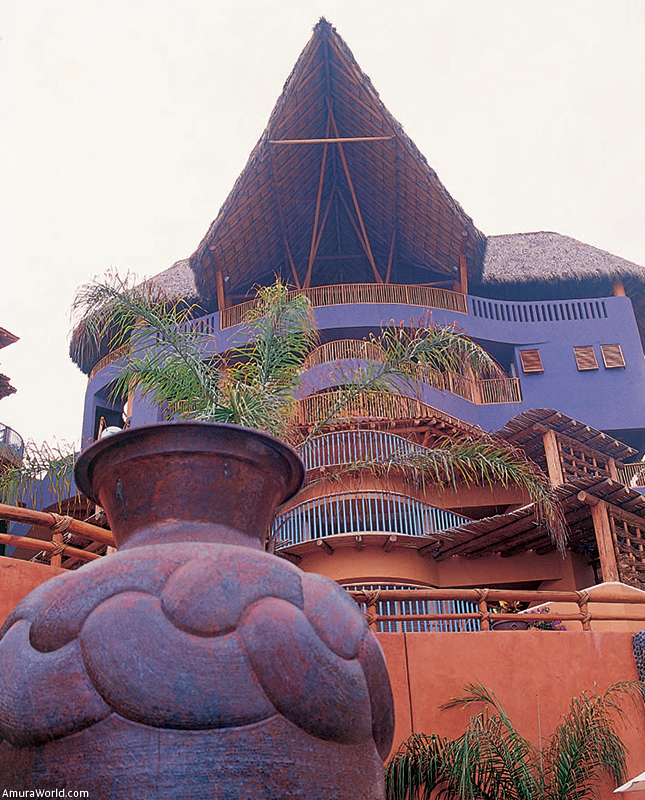 As we mentioned previously, Ixtapa-Zihuatanejo is located on the coast of Guerrero, southwest of Mexico City, in an area known as the Golden Pacific, which is part of the Mexican Riviera. The exact location of this small, earthly paradise is 101.33 degrees west (Meridian) and 17.38 decrees north (parallel). Zihuatanejo and Ixtapa are separated by six kilometers (3.7 miles) and connected by a four-lane, free highway that leads to the airport. 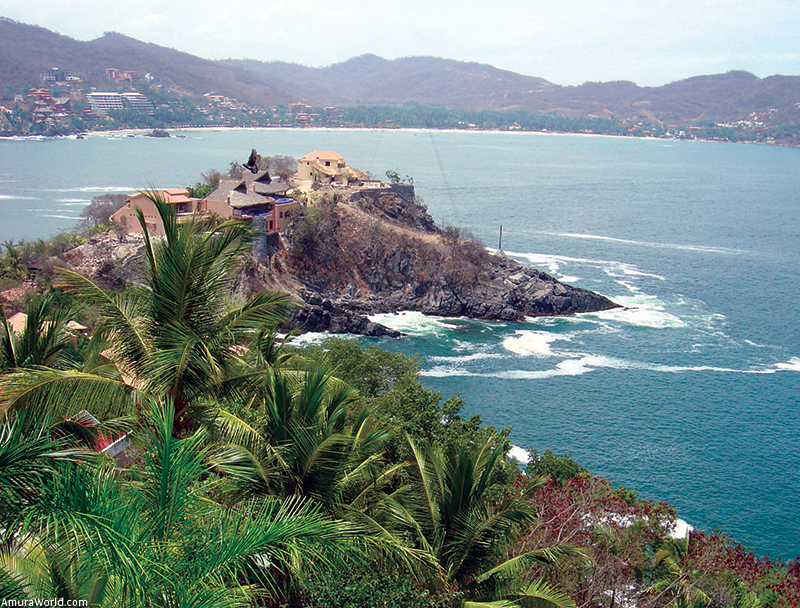 The rainy season is from June to September, and sometimes lasts until mid-October, with rains falling in the afternoons or evenings, which allows visitors to enjoy several hours of sun during the day, on the beach or participating in outdoor activities.

FONATUR data indicates that several years ago 770 flights arrived here; today they number 4,201. The domestic market makes up 75% of the total. 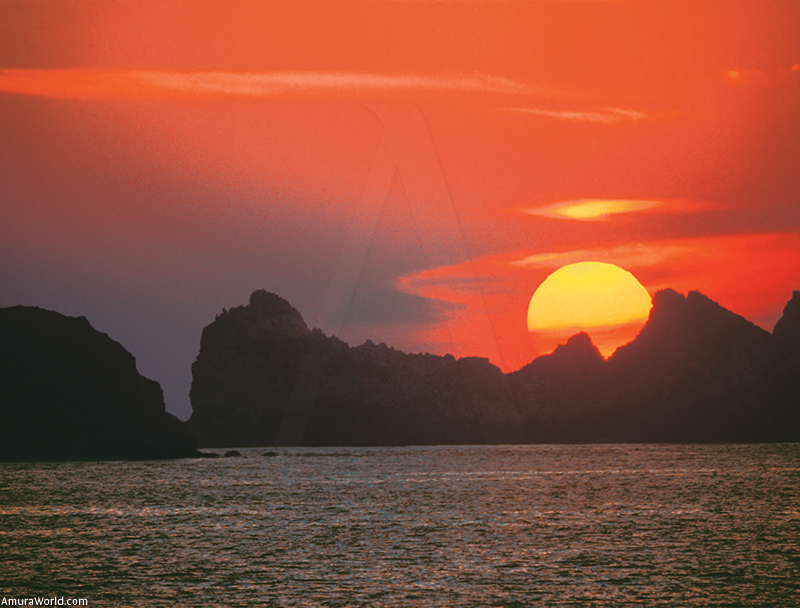 However, cruise ship passengers also visit Ixtapa- Zihuatanejo (they remain ashore from five to ten hours, depending on the line). Among the companies that arrive in the bay during the annual Riviera Mexicana program are Carnival Cruises, P&O Cruises, Holland America Line, Princess Cruises and Norwegian Cruise Line. The cruise ships anchor in Zihuatanejo Bay and the passengers are transported to the dock by landing craft. It is a short, safe ride that takes approximately five minutes.

There are also those who arrive at Ixtapa- Zihuatanejo aboard a private sailboat or yacht, which means that they have to notify the Harbor Master’s office (which serves both as the port authority and police). Marina Ixtapa (a private facility), features 651 slips and services for sailboats and yachts of all sizes. It provides bilingual assistance on VHF Marine Band Channel 16. During the high season, Zihuatanejo welcomes a significant number of sailboats and yachts to the bay, which is much less expensive than using the facilities of a marina.

Since the bay is relatively small (2.6 kilometers/ 1.6 miles wide), you must follow the harbor Master’s instructions regarding the position where you are authorized to anchor, because cruise ships are arriving continuously and they need sufficient space to maneuver. 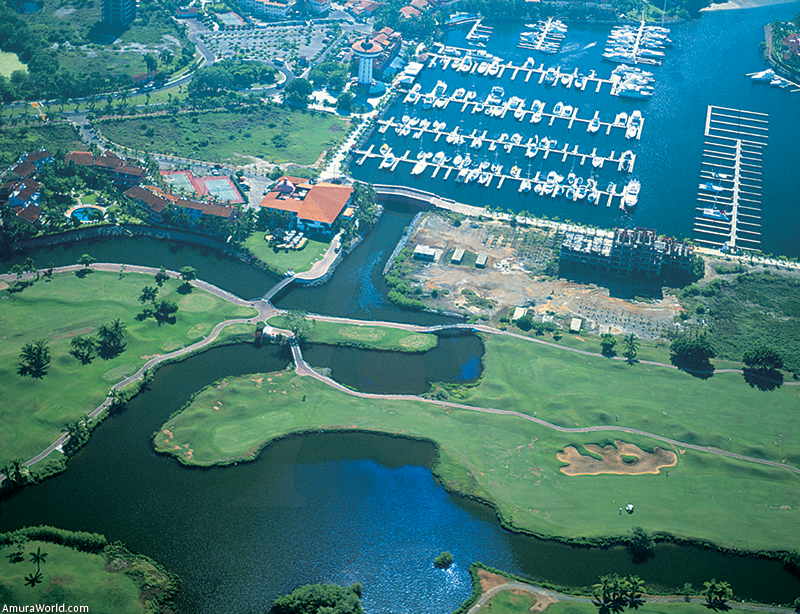 Once installed in the marina, visitors who arrive on their yachts can enjoy a full menu of water sports: skiing, parachute rides, snorkeling, jet-ski, banana rides, water bikes, windsurfing, kayaking in the sea and in the lagoons, surfing and much more. These sports are available at many of the beaches including Playa La Ropa, Playa Las Gatas, Playa El Palmar, Playa Quieta, Playa Linda and on Isla Ixtapa.

As for sports fishing, the most common species are black marlin, blue marlin, tuna and dorado. In fact, Ixtapa is ranked second in the world for its sports fishing, and in Mexico it is number one.

The destination is also famous for its world-class sports fishing tournaments. The annual Zihuatanejo International Sailfish Tournament, for example, takes place during the first weekend of May. 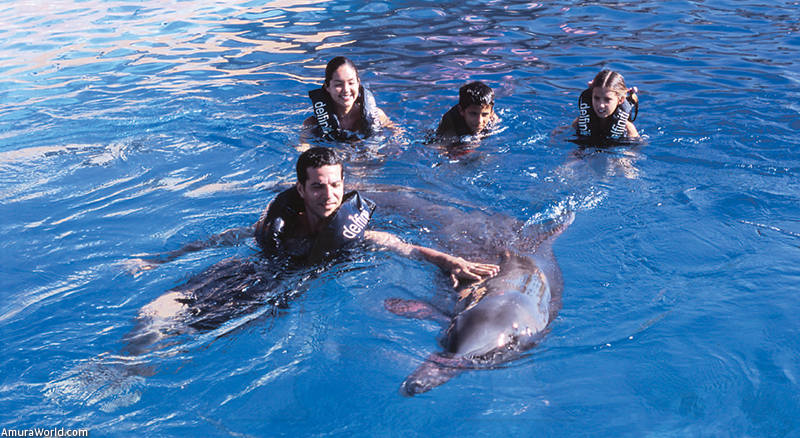 Because these coastal waters can drop rapidly to a depth of 1,000 fathoms (1,828 meters /5,992 feet), the action can begin any moment after leaving the port. It usually happens 5 to 24 kilometers (3 to15 miles) off the coast, offering quality fishing for anglers using rods and reels. In Ixtapa there are more than 30 fabulous sites for scuba diving, including spectacular underwater canyons, coral formations, sea horses and even sunken ships. But if “adventure” or “extreme sports” are on your mind, there is mountain biking, kayaking, rappel, spelunking, horseback riding, observing birds and other animal species, and more.

Ixtapa has a new bike path almost 8.5 kilometers (5.3 miles) long that follows the edge of a hill next to a swamp. Along this path you can see native flora and fauna, including the crocodiles that inhabit the swamps, heron, crane, multicolored birds and the exuberant vegetation of the state of Guerrero’s highlands. There are plans to enlarge this bike path by extending it an additional 10 kilometers (6 miles). In the same area is the Parque Temático Ecológico AVENTURA ECOLOGICAL THEME PARK, with a view of Palmar Bay and a tropical setting inhabited by iguanas, badgers, wild rabbits and deer.

In addition, Ixtapa-Zihuatanejo is now a destination for meetings and conventions, doubly pleasant because of the wide range of possibilities it offers companies planning events here. In additional to hotels with installations for congresses, there is the Convention Center, located in the Hotel Azul Meliá, that has a capacity for 2,500 and is ranked second in the country. 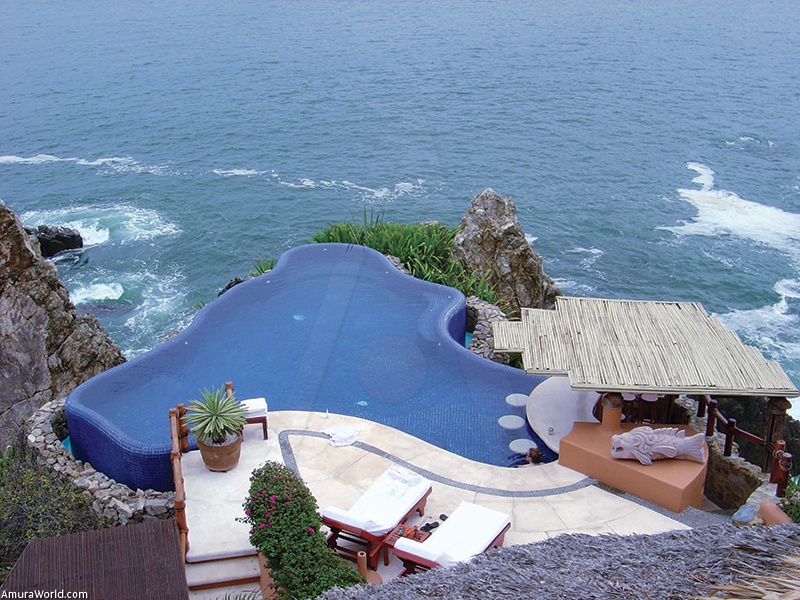 In accordance with data provided by FONATUR, Ixtapa- Zihuatanejo has registered growth in the number of its tourist accommodations and is one of the beach destinations that has shown the greatest increase in this category. In addition there is the Convention Center, the completion of the infrastructure for two important developments and a rise in the number of visitors arriving by car.

Prior to 2002, hotel occupancy fluctuated between 35 and 49%; today, with more than 900,000 domestic and international arrivals, it registers an average of 67%. For example, during 2004 Ixtapa- Zihuatanejo registered an increase of 8.39% in the number of visitors. The hotel zone covers approximately 4.5 kilometers (2.8 miles) and is located on El Palmar beach. However, Ixtapa is a destination that is growing and properties are still available for homes and hotels.

Beach areas, in total, cover 6.5 kilometers (4 miles) and the places that are most frequented for the richness of the fauna, the rocks and cliffs, and the rich variety of corals are Contramar, Fandango, Godornias, Las Gatas and El Pango.

Marina Ixtapa is located at the end of the avenue. It has slips for 100 yachts, a golf course, luxury condos and a promenade with inviting restaurants offering a variety of specialties, as well as bars and nightspots.

Among the 56 most famous restaurants in Ixtapa- Zihuatanejo are El Faro, El Galeón, La Sirena Gorda, La Casa que Canta, Lobster House, Carlos & Charlie’s, Señor Frog’s and Bogart’s. They are located in shopping centers, hotels, on the main streets and in downtown Zihuatanejo. Along the boulevard in Ixtapa are several discos with music and atmosphere for all ages and tastes. The most popular are Christine Club Ixtapa and Señor Frog’s. In Zihuatanejo there is the Black Bull with Mexican country-style bands, where fashion calls for cowboy boots, jeans and a hat.

Nearby are Playa Linda and Playa Quieta, two beaches that each has a hotel on their shore. In total, Ixtapa-Zihuatanejo has 5,000 units (including rooms, suites, bungalows and villas that offer hotel services). Zihuatanejo features several famous “boutique hotels,” with super deluxe facilities (like Villa del Sol), some of which are ranked among the “100 best hotels in the world” by travel publications.

Ixtapa now has two important developments, for which FONATUR completed the urbanization in 2003, that are on the market. One is Contramar, with lots for single family homes, condominiums and hotels, and a section called Cantil that has beautiful sea views. Another development is called Viveros, with lots for single-family dwellings, condos and shops, as well as land set aside for schools and parks. 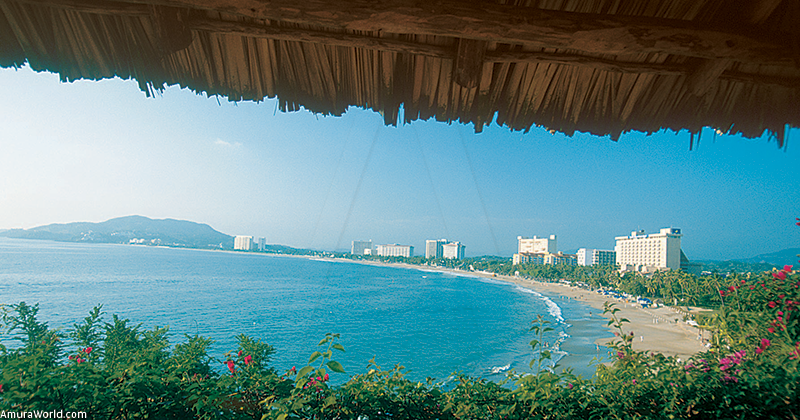 Ixtapa has a variety of shopping centers, all interconnected by plazas and gardens, so that it is hard to know where one ends and the other begins. This is the case with Plazas Ixtapa, La Puerta, Los Patios, Galería, Flamboyant and, of course, the shops in Marina Ixtapa. These shopping centers feature a variety of pleasant restaurants, cafés, bars, boutiques, clothing shops, grocery stores, drug stores, etc. On the other side of the avenue are luxurious beachfront hotels with their traditional bars and restaurants, as well as 941 time-share units.

There are typical handicrafts markets in both parts of this destination. The one in Zihuatanejo, on Cinco the Mayo Ave. (near the main wharf), has over 200 locales; the one in Ixtapa (on the boulevard) has more than 80. These markets display an immense variety of articles and it is hard to come away without some lovely souvenir and wonderful gift.

Petatlán, a town located 25 minutes from Ixtapa- Zihuatanejo, has an important jewelry market, opposite the church, where the craftsmen sell items made from 12, 14 and 18-karat gold at prices well under — 10 to 15%—their average market value. 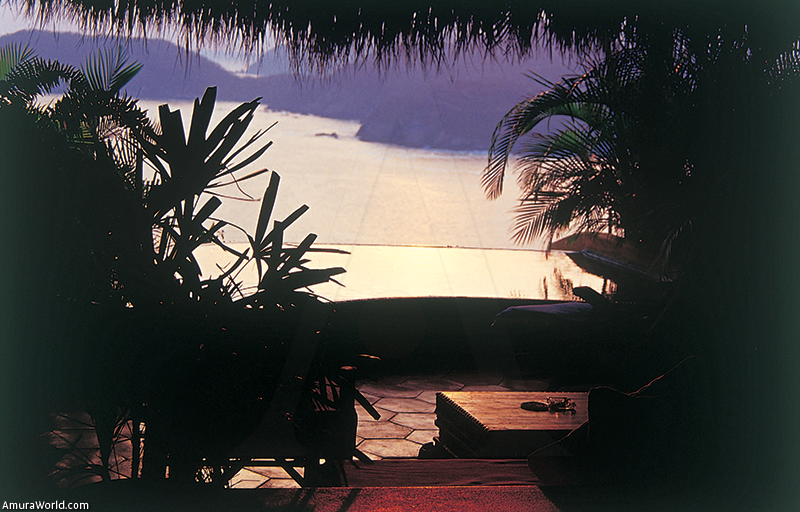