Moroccan rugs, a stunning enhancement to your decor

Morocco is one of the most exotic, welcoming countries in Africa. Its cuisine, color, hospitality and climate also make it one of the most fascinating tourist destinations.

The leatherwork and wood carvings are to note. But what is most outstanding in Moroccan towns are the rugs that hang everywhere and anywhere, and we realize that the country’s typical décor necessarily includes the presence of these rugs. In any house or mansion, in any hotel or restaurant, the carpets and rugs are the most important part of the setting and spatial arrangements.

Woven from wool or linen, and sometimes from coarse cotton, the origin of Moroccan rugs began with a Berber tribe, the members of which worked as shepherds and building tents. They also made clothing from the wool of their sheep. In order to make a living, Berber women began weaving rugs from the wool their husbands brought home, which is the origin of this tradition that exists to this very day. The colors, designs and technique they use to make each rug are unique. They dedicate themselves body and soul to designing and perfecting each rug, which sometimes take three months to complete. 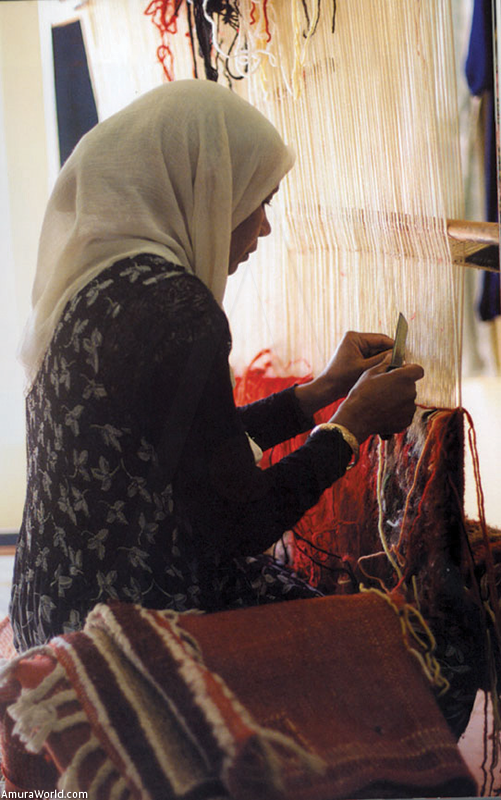 Artists like Christian Lacroix, Klee and Matisse were inspired by the patterns of Moroccan rugs. From Europe and the Bauhuas Museum of Design, during the 1960s and 1970s, designers like Billy Baldwin planned interiors around these rugs.

Interviewing one of the women who make these rugs, she said: “It is a tradition that was left to us by our ancestors. We do not know from where we get our inspiration, we do not know how we choose the colors, we simply carry it in our blood.” 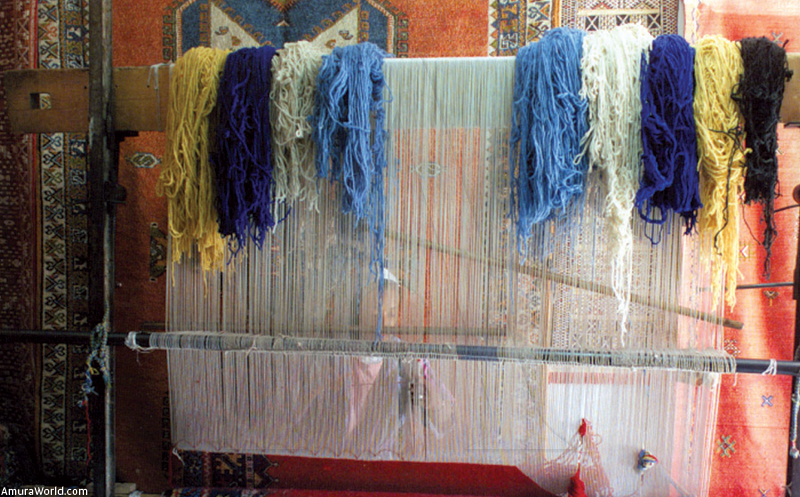